They allow her to cheat
and steal because
they're in on the scam.
There is a reason
the elite is called
the kleptocracy.
"Think about it. Are all these people engaged in a multi-faceted conspiracy to defraud the American people?"
by Henry Makow Ph.D
Suze Orman, 65, a Jewish lesbian, has amassed a personal fortune of $35 million dispensing "financial advice" for two decades despite having no training or expertise and a lousy track record.
The documentary, How Suze Orman Scammed the World is valuable not just for documenting her many scams, but for portraying US society in terms of a small "elite" class ripping off the population in general. 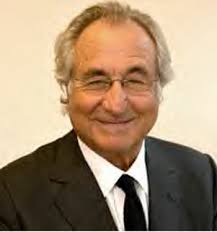 (left, Bernie Madoff the rule, not the exception.They scam each other too.)
Although some journalists have criticized her, Orman has been nurtured and protected by the Zionist establishment. She was put on the map by Oprah in 2008; and PR mavin Hillary Rosen of SKSK has lined up Orman's ducks ever since.
This model of a small cabal preying on the general population makes perfect sense. The US political hierarchy is built on a foundation of predatory fraud.
The medium of exchange (currency) is created out of thin air by private Masonic Jewish bankers as interest-bearing "debt" . Stemming from this basic fraud: The endless wars and incurable diseases that fatten the trillion dollar, banker-owned defence and pharmaceutical industries.
Hillary Clinton's hacked emails reveal that the US government itself is a giant kickback scheme where the public interest is sold for profit on a daily basis.
As a Jew, I hate to say this reminds me of those "hateful" stereotypes of Jews who basically see the goyim as their prey. (In Russia they actually divied up Gentile property before finagling it.) Needless to say, a whole class of Gentile bottom feeders has joined their ranks. They are the Establishment.
THE APPROVED DEBIT CARD
Suze Orman's most egregious scam was the "Approved" prepaid debit card which she sold to low-income Americans in 2012 as a means of
building their credit rating. This was a total lie. A credit score is based on payment record, and a prepaid card would not indicate that. Her credit rating partner Transunion admitted as much, but did not disown her publicly.
She pretended that the banking industry was terrified of this card when in fact a major bank, Bancorp, was behind it. She urged her viewers to "rebuild America" by adopting the card which was riddled with hidden fees. Many people had trouble accessing their funds. 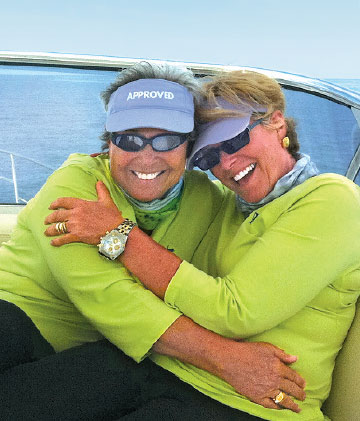 After two years, the scam was quietly closed. People who had entrusted their savings to Orman were advised to spend their money within a month. Many people who didn't get the memo lost everything.  While they were scrambling to pay their rent and feed their children, Orman posted pictures of herself on her yacht enjoying the good life with her lesbian lover.
"Suckers!" she seemed to be saying. The goyim have not been trained to imagine such iniquity.
Her other scams over the years involved pushing real estate during the low prime mortgage bubble, selling gold on commission and promoting for-profit online universities that depend on students taking loans they can't repay. Information on her most recent scams can be found here.
The documentary made by Sharon Janis  and largely ignored by the MSM states that Orman is coddled by an Establishment who's who:
"In her apparent quest to corrupt all trustworthy media sources (watch the documentary film, where you'll see Orman's scams and shams being pushed by Juju Chang, John King, George Stephanopoulos, Arianna Huffington, Senator Elizabeth Warren, Ali Velshi, Michael Moore, Tavis Smiley, Wendy Williams, Jack Welch and Oprah Winfrey), Orman has now given new age publisher Hay House control of her products and social media. Even after all the evidence of Orman's fraudulent schemes, new age publisher Hay House fell for the big bucks, and is now in charge of Orman's media and products, using their good name to continue perpetrating her damaging schemes."
Think about it. Are all these people engaged in a multi-faceted conspiracy to defraud the American people? Or do they naturally move in unison due to their greed?
Orman singles out low-income people, students, women, ethnic minorities for special exploitation. She pretends to protect them from the very predatory activity she is engaging in.  As a lesbian, she is especially good at convincing married women that their husbands are robbing them blind, and they must take control of their finances, and presumably buy her products.
Given the fact that Donald Trump is a crypto Jew and charter member of this corrupt Masonic Jewish cabal, I would be elated if he were not
part of the scam.  They're coming after our families, our property, our identity and our freedom, all in the name of "human rights" "inclusiveness" and "social change."
------
Related-  Suze Orman's Financial Advice and Career
---------- Web Site for this Amazing Documentary with additional information
First Comment from Susan:
Thank you again for another great column. I first saw Suze on PBS with her money shows. When I found out she was an Obama fan and a lesbian, I stopped watching her shows as everything she was saying was now tainted, in my opinion. Now to find out she is a full-on scammer, too, well, why should I be surprised. I am going to send your column to all my family and friends who might not know these things. As you can see from the attached link to PBS, the government funded network still promotes her. Another big surprise, not.
http://www.pbs.org/about/blogs/news/suze-ormans-money-class/

Thank you for that video! I have 10 children that I had to raise alone so I was never attracted to these scams, by the grace of God. This explains my reluctance to believe whatever she was saying. Thank you again for all of your work. God bless you.

What a rotten bitch! It's clear that the only reason she has not been prosecuted for financial fraud is her relationship with fellow travelers and predators both in and out of government.

Now we need someone to go after Joy Behar -- and her vile mouth.

Henry, a good rule of thumb is, any "experts" like Orman, Jim Cramer, Bill Nye "The Science Guy" (lol) who get lots of face time on the corporate media, should never be trusted. They are there to keep you in the dark and steal your money.

One thing about Madoff: to date he is still the only big wheel who was prosecuted out of all the banksters, because he was stealing from fellow Jews. That was his fatal mistake. As long as the Wall St. gangsters are only ripping off the goyim, they get a free pass.

I enjoyed the disclosures on Suze Orman but I canâ€™t say i was at all surprised. I guess the only thing that surprised me was that she is Jewish, since she comes across more as a Nordic giantess.

As a male, I always found her somewhat frightening in appearance â€” not ugly per se, but off kilter, as if her face had been drawn by an artist untrained in the proper use of perspective and who thus botched the scale of her individual features, the eyes, nose, lips, and throat, in proportion to the whole. Kind of like the human equivalent of one of those crazy house tourist traps where you walk in and find yourself standing at a 45 degree angle to the walls watching water flow uphill.

Even without the rest of the facts in the article, her connection to Hay House should be a red flag to anyone who is familiar with them. Hay House is a crackpot New Age publishing house that rode Wayne Dyerâ€™s fame into big money success, and Wayne Dyer is the New Age guru who died of cancer last year after publishing tomes of work on how to cure yourself from any disease. (He also claimed at one point to have been totally healed of the leukemia that eventually killed him by â€˜psychic surgeryâ€™ performed by the South American charlatan, John of God, then backed off the claim, saying that his healing may not have been â€˜physical'). It would be well worth your time to dig a little deeper into the Hay House organization, because if anyone enjoys the full support of the reigning demonic oligarchy, Hay House does.

Their output is designed to denigrate and destroy any and all organized religious systems by convincing gullible readers that they, the reader, is a special, magical snowflake who can control the entire world if they just buy one more Hay House book â€¦ and then one more â€¦ and then one more, ad infinitum.

In addition to the kleptocracy, there's another odd word "kakistocracy" which means "government by the worst people." The is what democracy produces and it hasn't disappointed the Jews to this day. They control most of the education of the children which is nothing more than mindless indoctrination to produce an obedient adult. Usually, these young children had little to no ability to think even a few steps past any issue. The end result is devastating to any successful society where people can live their lives happily and without interference from government. It's better to have no government than this nonsense.

Henry, we know that most Zionists are atheists because theres is NO religion that allows they type of stuff the do on a regular basis.
they conveniently believe that this life is all that there is and that they wont be held accountable for their actions.

so they chase after wealth & material success without any moral limits/restrictions.
all of them are the same, so they cover for each other.

its always them behind all the chaos & bloodshed in the world.
they use diiffent patsies/proxies/fall guys etc but the real culprits behind the big crimes, killings are ALWAYS them.

since they have infiltrated and gained control of the Church, politics, media, education, finance/banking etc, theres not much the poor goys can do within the so-called "legal framework".
the only option is to use the weapons they have & rise up against Satan's followers.