"What do We Need Goyim for?" The Mentality Behind "Vaccine" Genocide 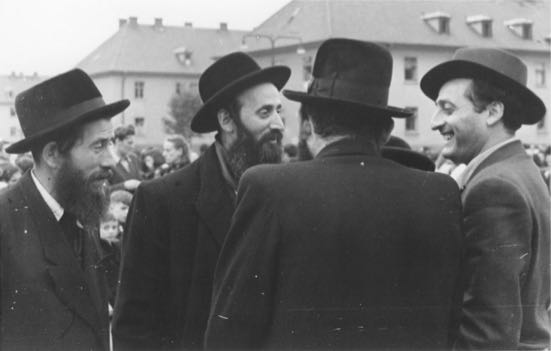 Q:  Why were Gentiles invented?
A:  Somebody has to pay retail.

Jokes suggest some Jews think the world was created for them alone, and goyim to serve them.

Jews love Jewish jokes as much as anyone. Many focus on how money-minded Jews are supposed to be.
I love this Woody Allen one-liner: "See this pocket watch? My grandfather sold it to me on his deathbed."

Recently, I read some jokes meant for Jewish eyes only. They came from a Chapter "Jacob and Esau" in "Jewish Wit and Wisdom" published in 1952. Many reflected the traditional Jewish-Gentile relationship down through the centuries. The first one emphasized the view that Jews are smarter than others.

A rich man left his fortune to his three friends, an Irishman, a German and a Jew. The only stipulation was that each had to put a $100 bill in his coffin just before it was lowered into the ground. At the funeral, the Irishman and the German both gladly fulfilled their obligation. Then it was the Jew's turn. He picked up the two hundred dollar bills and left a cheque for $300 in the coffin!

This is fairly benign compared to what came next.

Two Jews, one from London and one from a small shtetl (village) in Poland met at a spa in Germany. The Londoner asked his Polish friend how many Jews were in his village. 700. And how many goyim? 45. And what do the Jews do? They are artisans and shopkeepers and traders. And the goyim?  "They make themselves useful to the Jews. They sweep out the stores and on Sabbath make the fires and remove the candlesticks."

Then, it was the Pole's turn. On learning, there were 200,000 Jews in London, and seven million goyim, he quite rightly inquired, "Why do you need so many goyim?"

This story nicely illustrates the parochial quality of many Jews. Is it good or bad for the Jews? is a common reflex. Call it a "self-referential" quality, where the world revolves around them, and they create reality according to their prejudices and self-interest. (Is it a coincidence that the mass media and Hollywood are dominated by these "reality-creators?" And they have used this power to divert gentiles from the diabolical Judeo Masonic conspiracy?) This Jewish "solipsism" now passes as "Modernism." 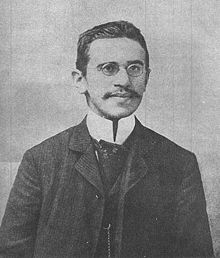 In his book, Sex and Character (1903), the Jewish philosopher Otto Weininger, left, labelled it "subjectivity" and compared Jews with some women, saying neither are able to see situations in terms of objective morality. Everything is a reflection of their emotion, vanity, and self-interest. Have you noticed that people, in general, are becoming more selfish and self-centered as Christian influence fades?

The following joke (from Wikipedia) illustrates that Judaism may be deficient as a religion. You cannot have religion without God. Judaism, which is defined by Cabalism, is in fact a satanic cult.

Two Rabbis argued late into the night about the existence of God, and, using strong arguments from the scriptures, ended up indisputably disproving His existence. The next day, one Rabbi was surprised to see the other walking into the Shul for morning services. "I thought we had agreed there was no God," he said. "Yes, what does that have to do with it?" replied the other.

Many observers have noted that Judaism is about empty observance and conformity rather than a living relationship with God. Arthur Koestler famously said, "Judaism teaches Jews how to cheat God." The following stories suggest some Jews think God is a wily businessman they cannot outfox.   This is from Wikipedia.

I found this last one (from the book, p.361) quite shocking:

He wins a large prize but welches on his promise. Instead, he returns to the synagogue where he praises the Jewish God in these terms: "You knew all along that I won't keep my promise so you ignored me. But the Christian God naively believed me. After all, there is no God like the Jewish God."

These stories suggest that some Jews have created God in their own image. They are their own God.  Unfortunately, they become ours.

Comments for ""What do We Need Goyim for?" The Mentality Behind "Vaccine" Genocide "

"Many observers have noted that Judaism is about empty observance and conformity rather than a living relationship with God. Arthur Koestler
famously said "Judaism teaches Jews how to cheat God." The following stories suggest some Jews think God is a wily businessman they cannot outfox."

...I love the way Jesus outwitted the Pharisees that attacked and challenged him qt every turn, so "they marveled at his answer..and dared not ask him anymore questions after that.." You would think they might want to know Someone so smart better.

Without that living relationship with God...I think the substitute becomes business/money/capital and humor like the cherry on top the soda...

The joke from "Jacob and Esau" is just like my grandfather's jokes were. It's helpful to get out in the open exactly how the Jew, Irishman and German interpret the joke. You say the Jewish view thinks it funny because the Jew outsmarted the other guys. I have to be frank that from the Irish and German sixty years ago, they would have thought the Jewish guy was a crook. It wasn't a difference in brains, but in ethics. The Irishman and German honored the promise to the dead man on principle that 'a promise is a promise'. Deep down Western civilization was based on the paradigm of immutable doctrines based on set of universal absolute truths. There's no room for relative ethics in that. In that paradigm, if you break your promise to a dead man, where does it end?

Such subtle differences in conditioned thought are the real germ of culture clash; what Jewish organizations call antisemitism. I'll pursue the differences in perception in the joke to their logical end. If the Irishman sets aside righteous indignation for minute to look at the situation through Jewish lenses, he might realize that the Jew thinks it's wrong to throw good money away to humor the whim of a corpse. If you look at it that way, it could seem a bit dumb to stick $100 buck in coffin.

Today I think most teenagers would see the joke from the Jewish point of view because we've lost our cultural bearings in the West.

The 'dialog' of "Jewish-Catholic Reconciliation" has been stalled since 1962 by the AJC who keep it on Hitler and the Spanish Inquisition. It's simply not permitted to talk about IMF usury of entire nations, or the emasculation of everybody else's culture. I think people are starting to get tired of it.

Your latest article perfectly summed up the state of things so succinctly and clearly that it bears repeating and should be bookmarked to be read as a preamble to all other dissertations on NWO, history, Freemasonry etc.

I've talked to you about my involvement with Jews in general, my early friendships and extended family, so I'll spare you that, but to "open up with a joke" over a sensitive subject like this (well, to some people) puts it all in perspective.

My opinion is that the ruling Brotherhood created all existing religions at some point in time, as pillars of the identity they wanted the unwashed masses ( cattle, goyim ) to absorb and use as their own.

The whole imbroglio of "conspiracy" with its ridiculing and eye-rolling detractors is easily solved ( people are still gonna ridicule it though ) when you put it in these terms: How much effort and time do you need to create an identity that will shape and be crucial to the lives of millions of people in the future?

In the 30's, 40's, there was no organized movement of homossexuals, feminists etc ( they were all still building themselves up ). How did people identify themselves? By their religion and nationality - and that was about all there was to it. Everything else was more or less implied. But today, how do people identify themselves? They will tell you a full list of what militant organizations they belong to, what "causes" they defend, their sexual eccentricities and their stands on a diverse array of topics, some of these elevated to a condition of "identity".

This is the Judaization of the world, people don't identify with NATURAL aspects of their existences and personalities, but with beautiful abstractions. When the brotherhood in those ancient times was creating religions and cultures left and right, they eventually realized that it was necessary to build one that would be SPECIALLY aggressive, incorporating xenophobic elements, encouraging and prizing egocentric behavior as existential needs for the always endangered "community", a culture that would strengthen it's followers by familiarizing them to the dissociation between God and the petty realities of life ( God is up there somewhere, don't worry about it, go for the world , enrich and honor your community ).

A Rabbi once said that Judaism is a religion of action, that's it's main difference from Christianism. This culture's function would be to eventually deal with money, the main instrument for the "Great Work" of the "Grand Architect of the Universe".

Here's a video I saw on youtube where a typical person who knows half the truth is told a more reasonable view and ( obviously ) regards it as embellishment and refuses to consider: https://www.youtube.com/watch?v=7SECFSDEJ8s