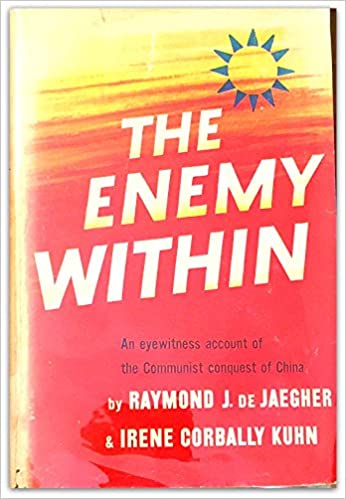 Please send links and comments to hmakow@gmail.com
The Enemy Within (1952) a heartbreaking account of what the Communists did to China, is a reminder that they are quite capable of using a "vaccine" to effect a mass culling. The scariest part of this book is that these crimes against humanity were all executed with the active complicity of the Masonic US government. Freemasonry is Communism. The "enemy within" has caught up with us.
Belgian Father Raymond de Jaegher first went to China as a missionary in 1930, and from that time until his perilous escape from the country in 1949 he has watched the insidious but systematic spread of Communist domination in the Far East. In THE ENEMY WITHIN he presents a graphic and unforgettable eyewitness report on Red conquest, which might happen similarly in any nation, a creeping terror which unrolled before his eyes "like a Chinese scroll painted by a devil."
First the Communists undermined the traditional Chinese family life, code of morals, and religions, forcing even the peace-loving Buddhists into active underground resistance. They then used the war with Japan to weaken further the National Government, and Father de Jaegher describes one tragic day in the spring of 1940, when the Reds calmly annihilated nearly sixty thousand of their own countrymen, while a Japanese army idled less than fifty miles away. He tells how children were forced to witness beheadings, details the inhuman tortures inflicted upon anti-Communists: freezing, flaying, burial alive, and the "Peiping Express," wherein the unfortunate victim is dragged to death by a horse beaten into a frenzy. 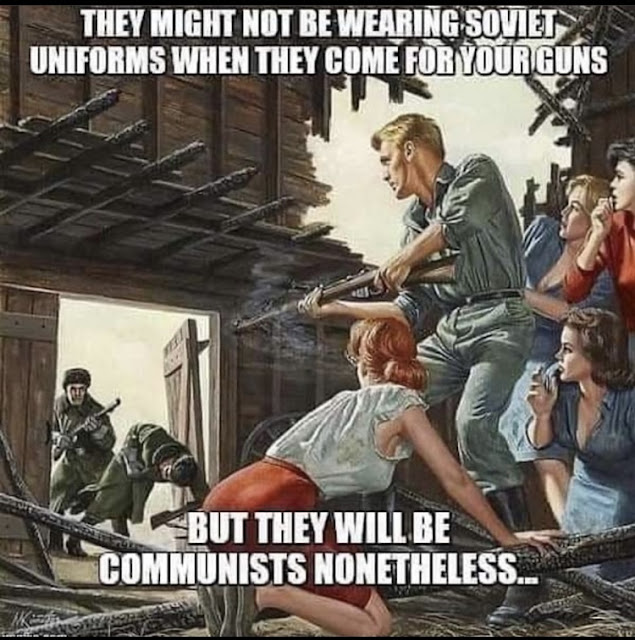 https://snippits-and-slappits.blogspot.com/2022/11/
Father de Jaegher often finds flashes of humor in his experiences, but most of his shrewd and articulate report is grimly serious. And whether relating events during his imprisonment in a Japanese concentration camp, recounting talks with Chiang Kai-chek, or tracing the vain efforts of the United States to bring peace to China, he tells his story in terms of people, showing vividly the devastating effects of communism on all classes, from peasant to scholar and banker.
https://archive.org/details/1967-enemy-within-r.-j.-de-jaegher-i.-c.-kuhn_202101

He has single handedly destroyed this great State of ours.  It begs belief how so many Victorians will still vote for this bloke.
https://www.youtube.com/watch?v=VY64Ah_KKlM
--

Jews beginning to question agenda of Organized Jewry
No More ADL------When it comes to Jews, the organization now does more harm than good by Liel Leibovitz
https://www.tabletmag.com/sections/news/articles/no-more-adl-liel-liebovitz-kyrie-irving
--- 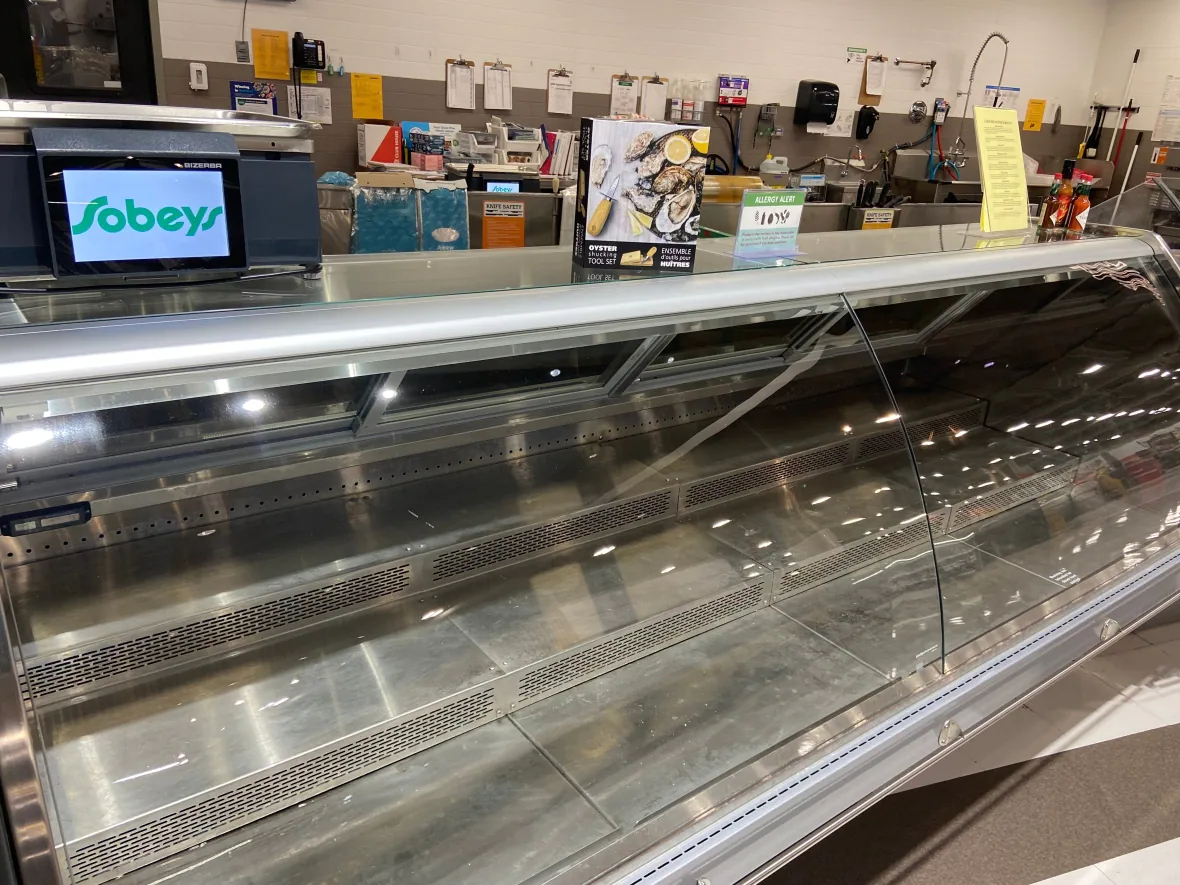 Canada -- Inside the turmoil at Sobeys-owned stores after ransomware attack:

"Finally some good reporting on this! I'm a software engineer, and have some idea of what this kind of attack can entail, and as such I'm shocked that this hasn't been the biggest story of the month. If the attackers got into the POS systems, which they easily could have, that means no buying food. If they popped Sobeys and Superstore at the same time, think about what would happen next. Even what actually happened is pretty disastrous, given that they likely got everybody's medical information, loyalty card data, and potentially even credit cards. Plus, it's kneecapped their ability to operate at all. This is huge."

--
When satanic cults behave like satanic cults
EXCLUSIVE: Young people who de-transition describe death threats, doxxing, intimidation, and being accused of 'genocide' from the 'cult-like' transgender community they turn their backs on 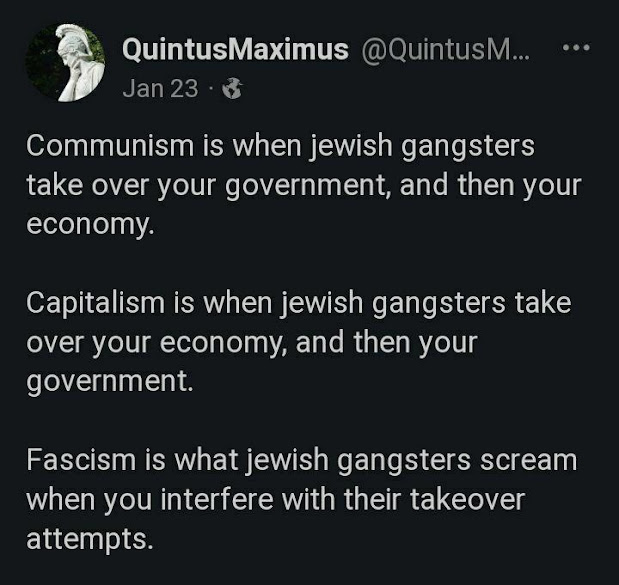 Brian Shilhavy --"Here we go. In just one week since the fall of FTX and the upheaval of the private cryptocurrency world, the New York Federal Reserve announced today that it was starting a trial run of a "digital dollar" with several major banks. I expect that the plans to move towards a Central Bank Digital Currency will pick up speed now, using the FTX scandal as an excuse to start regulating all digital currencies. This is another step towards The Great Reset."

Makow-  Hate to break it to you folks but money is already digital. You make a trade or receive a payment, all that changes are digits ona ledger the Roitshcilds keep. The real issue is ca

Mike Yeadon- We're barking up the wrong tree, it seems, in trying to hold the medicines regulators to account. Turns out the whole thing is a US military operation & they alone make all the decisions
---
Russ Winter on the FTX Loot 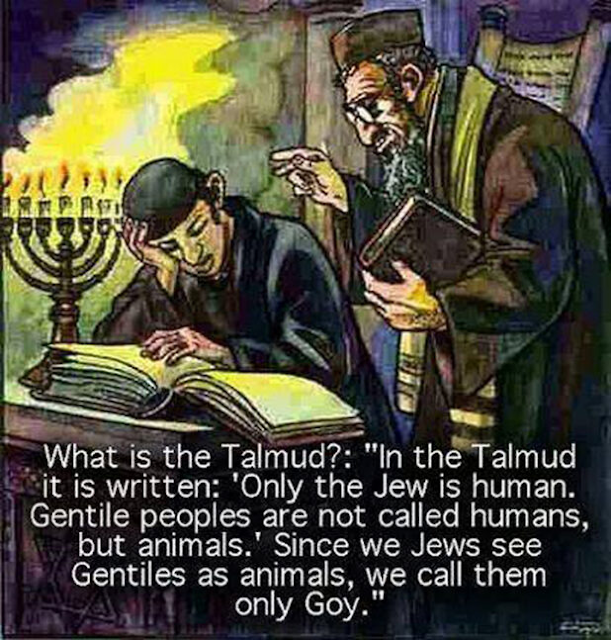 80% of Jews have never read the Talmud but this is the cause of mankind's malaise
"Even the best of the Goyim should be killed." - Talmud, Soferim 15, Rule 10
Survey reveals mass mental illness in Gen Z, with 57% of young people now taking medication just to cope
https://www.investmentwatchblog.com/survey-reveals-mass-mental-illness-in-gen-z-with-57-of-young-people-now-taking-medication-just-to-cope/
--

https://www.theglobeandmail.com/canada/alberta/article-deena-hinshaw-replaced-as-albertas-chief-medical-officer-after-premier/
Temporary replacement was Hinshaw loyalist
--
Jim Stone- The seasonal flu shot is now MRNA and it is not being mentioned
Even most doctors do not know. And a little bird told me a secret - it is not a flu shot at all, it's really just a covid shot. They said flu shots would be MRNA, and then it happened with nothing more said. My guess is practically all non-emergency shots are a con job now. 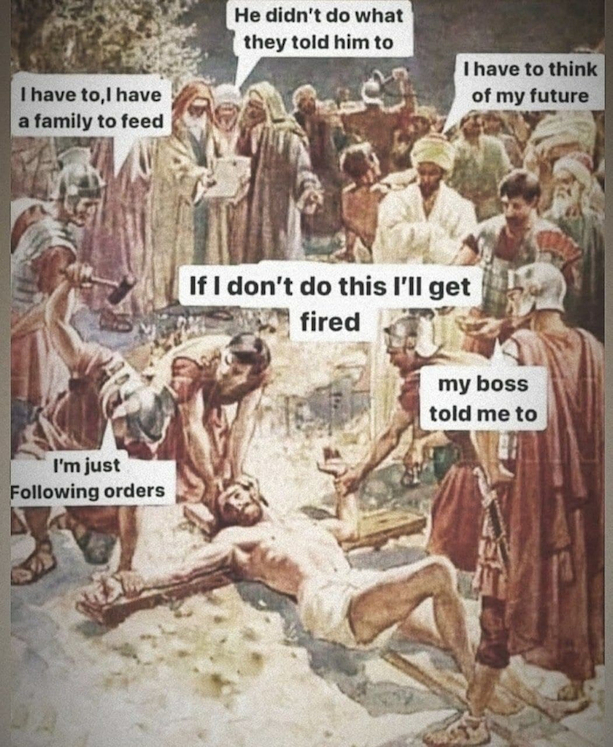 Klaus Schwab and the World Economic Forum find themselves waiting around for the next global crisis event after the covid pandemic turned out to be much less threatening to the public than they had originally hoped.  In the meantime, Schwab continues to pontificate on the virtues of the "Great Reset" and the usefulness of crisis as a means to accomplish a "restructuring" of the current world order.

https://www.zerohedge.com/geopolitical/wefs-klaus-schwab-gives-speech-g20-need-restructure-world
--
PJW -  Christmas commercials brimming with mixed-race relationships even though only 7% are 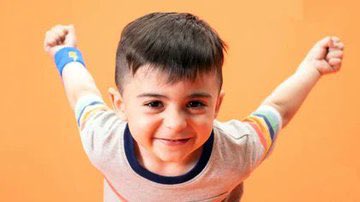 In a tragic turn of events, Santino Godoy Blanco, just 4 years old, has passed away from pneumonia on Nov. 3, according to multiple reports.

If that name sounds at all familiar to you, that's because Blanco was the face of one of Argentina's various vaccination campaigns.

When I have pointed out the harm that organized Jewry has done to Jews I get that "deer in the headlights" look, they haven't even considered this - I'm talking about lawyers, actually attorneys that think a lawyer and an attorney are the same thing. The thought that the holocaust hoax was an operation against them is an entirely new idea. Jews are just as much of an example of how humans can be misled as any of the goyim.

Anyone is better off under Christian law than any other. Dumbed-down education systems don't warn people about lies of omission, or that everyone is breathing the poisoned air. Luciferians are killing everyone, including themselves.