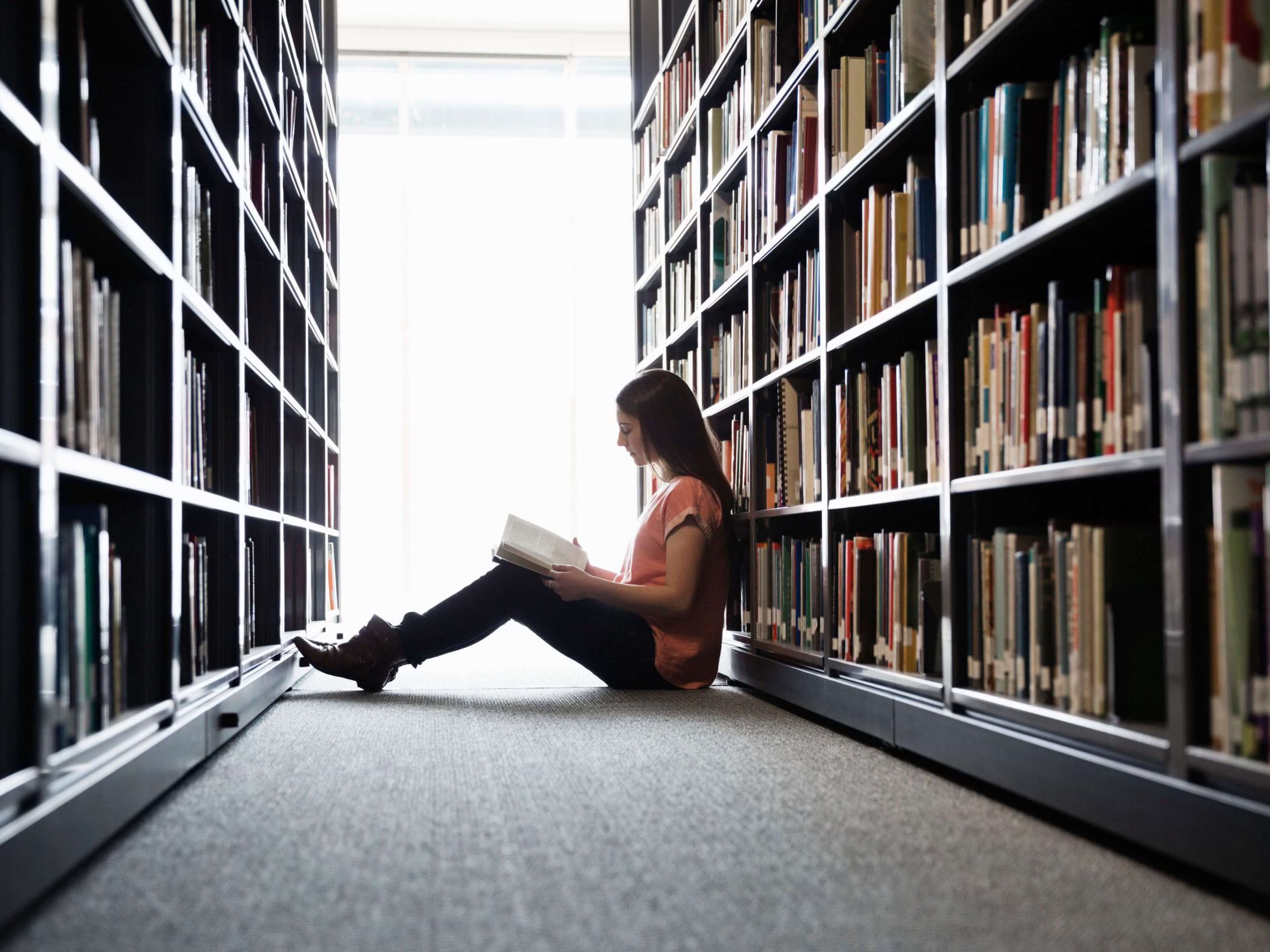 Women used to go to university to get their Mrs. They still do but

Feminism has re-engineered society so women seek power and not love,

and have careers instead of children. (It's called depopulation.)

Now men are criticized because they are scarce commodities on campus.

And if a man doesn't want a family, he might also avoid women who regard him as a means to this end.

Janice Fiamengo is a retired English Prof, the last voice of sanity in higher education.

She writes: "Our societies are telling women two contradictory things: that they can and should take men's college spots, jobs, and status (and call that "equality"), and still expect to marry a high-status man who will provide for them lavishly and give them the option, if they want it, to work part-time or not at all."

Critics Tell Young Men that Their Penises are NOT Golden (But They Are!)

It's back-to-school time, and we can expect more complaints about how the lack of young men at college today is victimizing young women.

We've been told for years that the future is female, that everyone benefits from female leadership and everything improves when women take charge.

Any man on a college campus who has ever objected to the plethora of special university programs and women-only scholarships and pro-woman propaganda was told he had a problem with gender equality.

But now it turns out that some women themselves are not entirely happy with the deal feminists engineered for them, which sees them outnumbering men at close to 3-2 at most English-speaking universities, and thousands of words have already been devoted to the idea that college women deserve a more satisfactory dating experience.

According to Monica Greep in an article from last fall for the Daily Mail, "How Golden Penis Syndrome is ruining dating for university women," the "deficit of male students" at college "means men develop inflated egos and become Casanovas who cheat--despite a lack of social and sexual skills."  ...

What articles such as this one won't admit is that these guys are "prizes to be won," and increasingly so in light of the reported imbalance.

It is well known that college-educated men who marry are, on average, likely to work the longest hours, seek promotion most aggressively, and become high earners focused on supporting their wives and families (even post-divorce, as too often happens). A woman who is fortunate enough to marry a man like this stands to secure a materially better life, often at her husband's expense of health and leisure, than she would have had if she had depended solely on her own earning power and work ethic (women are famously more interested in "work-life balance" than men are). Now with these men in the minority, women are having to compete for the men's attention, and we're supposed to feel sorry for them....

The whole point of the article is to make clear to men that they are not to trade on their value when they're in demand. They're supposed to be grateful to be desired at all, and to believe that they are the lucky ones. Ultimately, they're supposed to happily sacrifice themselves on the marital altar with a woman who will enjoy the fruits of their labor.... 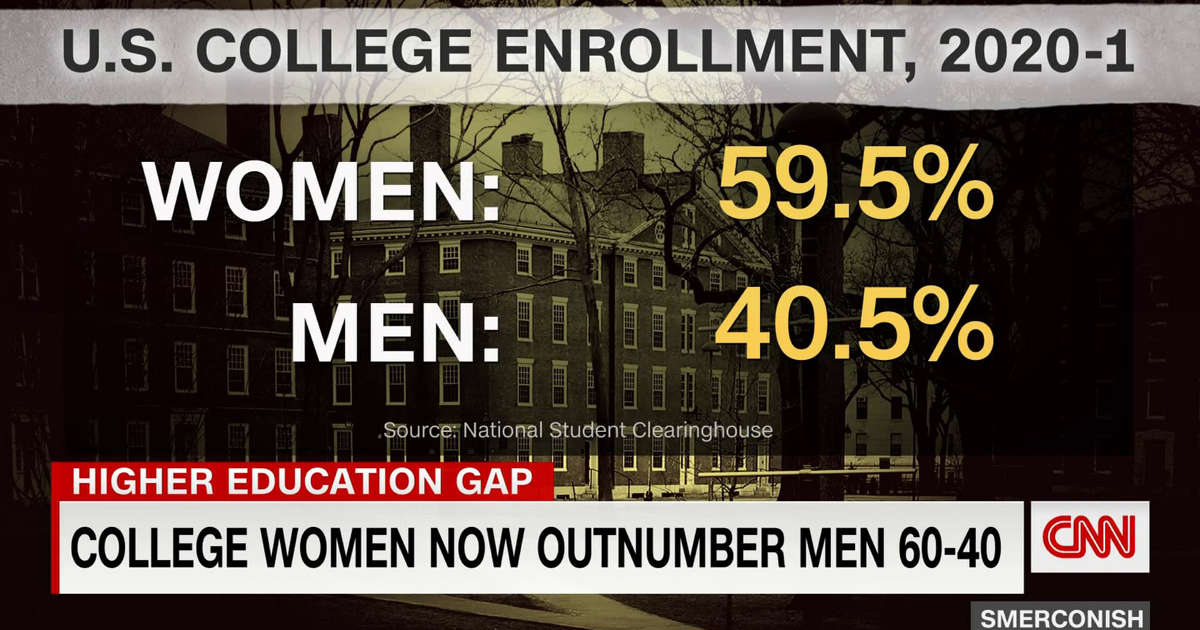 (This is what Communists mean by gender equality)
The situation described in the article is a serious one despite the foolishness of the writer's perspective. Our societies are telling women two contradictory things: that they can and should take men's college spots, jobs, and status (and call that "equality"), and still expect to marry a high-status man who will provide for them lavishly and give them the option, if they want it, to work part-time or not at all.

The problem of declining male success has been evident for decades, but even the whistleblowers have been afraid to address it honestly. Christina Hoff Sommers published The War Against Boys (still a must-read) more than twenty years ago, showing how boys and young men were being discriminated against across the entire school system by mostly female teachers with anti-male convictions. She had to change the subtitle of the book, obviously under pressure from feminists, from "How Misguided Feminism is Harming our Young Men" to "How Misguided Policies are Harming our Young Men." Even when feminism is directly responsible for a problem, it can never be named as such.

Universities have become so anti-male in their policies and teaching, not least in their sexual assault policies (see, for example, KC Johnson and Stuart Taylor's definitive The Campus Rape Frenzy), that some men have made the decision to stay away, especially from university programs in the Humanities and Social Sciences, where the anti-male slant is unavoidable. Even in the tiny number of programs where young men are still relatively well represented, the feminist war continues. There is actually a worldwide international day commemorating governments' stated goal to promote women in the few remaining higher education fields and professions in which women do not already outnumber men. 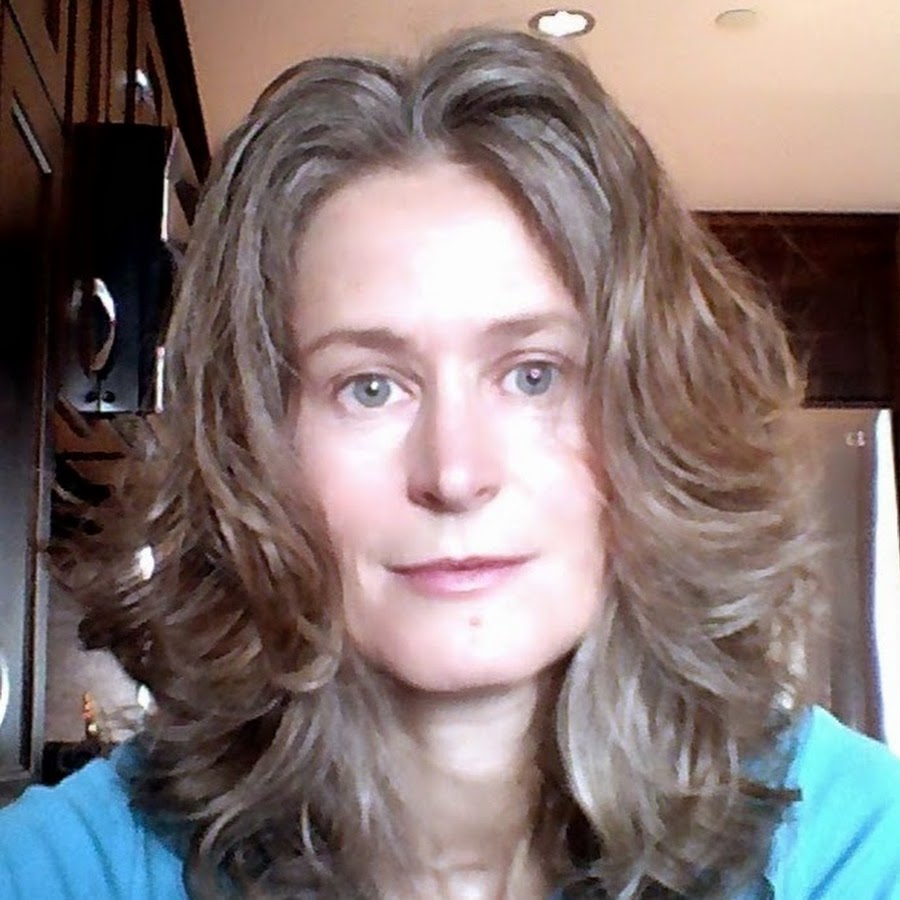 A large-scale study by two MIT researchers entitled Wayward Sons: The Emerging Gender Gap in Labor Markets and Education found that the trend has been building for decades, and they explain its circular nature.

Low-income men lack the economic potential to attract and support a mate, but they are still likely to father children with women who choose to raise their children alone, an arrangement that contributes to child poverty, fatherlessness, and all the problems that come in their wake.

Sadly, male children born into single female parent households "appear to fare particularly poorly" suffering impaired health, delinquency, early school leaving, addiction, depression, and higher probability of incarceration. "Thus the poor economic prospects of less-educated males," the study authors summarize, "may create differentially large disadvantages for their sons, potentially reinforcing the development of the gender gap in the next generation." We can expect that even fewer young men will go to university in the future, and fewer women will find high-earning men to date and marry.

And now this predictable outcome is presented as the fault of the minority of young university men who are recognizing the short-term benefits of their scarcity.

The article throws around the grotesquely insulting and mocking phrase Golden Penis Syndrome, telling us at length how badly behaved some men are in these situations--with abundant anecdotes based on women's (subject and unverifiable) tales of neglect and rudeness while berating men for thinking THEY are special. Your penises are not golden, is the implied smear throughout.

What really seems to bother the experts is that the women's discontent shows that these men may actually be platinum.

The author of a book about dating designed to help women stay "in charge" recounts how at universities where men outnumber women, the guys make special Valentine's cards for their female peers, and wake up early on Valentine's Day to make pancakes for them. What are the young women doing for the guys at colleges where the female sex is over-represented? We know the answer: not much except complaining about poor treatment to anyone who'll listen.

We can keep on blaming men for making decisions in their own short-term best interests, and we can keep on telling them that they should be grateful for any female attention at all, even while they're pushed out of college and high-status jobs by gender equity policies, affirmative action hiring, and a maniacally woman-favoring culture.

Maybe instead it's time to have a frank conversation about what men want and need, and why happy men are important in a well-functioning society.

A page of Janice videos

Comments for "Janice Fiamengo - Men are Hot Commodities on Campus "

Feminism has made most women a bunch of insufferable assholes.
(I’d call them bitches but I don’t want to insult female dogs.) I would never marry again in such a feminist environment which changes the natural roles of man and woman. Every once and awhile I decide to take a woman out to dinner and I wish I had not done it. In fact, I don’t date anymore because it isn’t worth the time dealing with women who have chronic cranial rectosis. I find that when I inform them that I’m a homophobe they will lose interest in me or act shocked. I’m too old to date anyway so I now save myself the aggravation.

Feminism has destroyed the value of women and it has trashed the social order. When I was just about to quit college, two friends of mine had their wives divorce them for lesbian relationships. This was in 1967! These guys had good jobs and provided for their families, but that wasn’t good enough. You can see the same symptoms from well known actors and football players whose biggest sin was to provide for their families. It doesn’t matter if your a big star or an average man, under feminism, nothing is good enough for the wombat…..eh, woman.

One of the worst places anyone can find themselves is in any of the Jewniversities. They are communist shit holes and they don’t teach the necessary skills to be successful. Yeah, maybe once and awhile one can find some good courses, but on the whole, university is a bunch of satanic nonsense.

Karen, below, is wrong!

The difference between men and women is monumental, almost opposite in everything that matters.

But when left to nature as God made it, every one of those differences is wonderfully compatible to the other sex. Proper marriage truly does make man and wife "one flesh" as scripture describes it.

1) Women should not be in the working world/should be at home. They do not understand business.
2) It's a 1,000°-above-boiling-point hell for the Gentle white male and purgatory for all other Gentile males. We all know what legal threats all women are (and women would be shocked if they knew the full odium almost all men have of feminism and of women). We can't breathe. We have to keep our natural emotions masked all day, everyday.

Are men discouraged? Are they bitter? Are they repulsed? You'd. Better. Believe. It. Someday men will rise up and bring in a millennial reign of No Women's Rights. The backlash won't be stoppable.

Re: Karen's comments. At work I'm not equal to my bosses. I obey them. This doesn't affect my self-worth because I'm mature. Same goes for the domestic.

Until women and men learn to view each other as human beings first they will not realise that there is not that big a difference between men and women. Both want to be valued, loved, and appreciated, and not taken for granted. We are each here to perfect ourselves, not force others to work around our limitations. The solution to the problem is not for men to find a woman who will bow down to them and treat them like a king, nor for a woman to become more like a man so she can get by, but for both men and women to embrace the challenge set by Christ, to ascend to a better way of ‘being’ through achieving a higher level of consciousness in order to become ‘whole/holy’ through ‘wholesome’ living. This does not require that the man’s job comes first, nor the woman’s, it requires that God comes first. Once one adopts this perspective they stop worrying about who others are and they start focusing on what they need to do to clean up their act.

Once one cleans up their act they see the unique difference between male and female as being part of a cosmic balancing act that can only come to fruition through a balanced relationship, with two 'equal' partners, which has as its base trust, respect and love.