Trump Promises to Liberate the Serfs 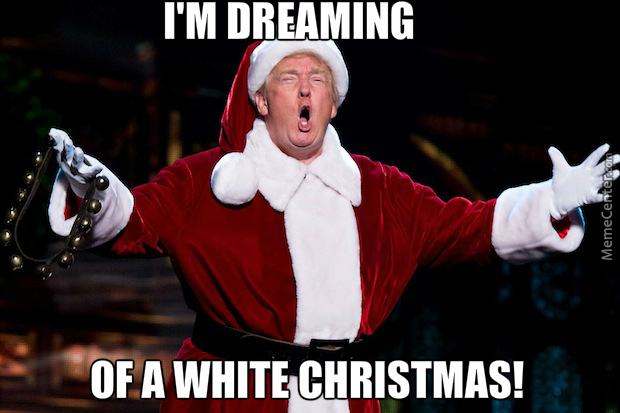 Trump is a member of the Illuminati who realized he could gain control of the US by promising to champion the disenfranchised, voiceless white Gentile majority and reverse their dispossession. Will he keep this promise?
By Henry Makow Ph.D.
The United States and most of the world have been colonized by the central banking cartel which produces the medium of exchange (currency, credit) in the form of a debt to itself.
Unfortunately, the families that own this cartel are Satanists i.e. Cabalist Masonic (Illuminati) Jews. Their agenda is to turn reality upside down ("revolution" Communism) so they can supplant God on top. They promised "to destroy every collective force (identity) but our own." (Protocols 16) They systematically dynamited the four legs of human identity -- religion, race, nation and family.
The United States and most Western nations have been decapitated by these bankers who use Organized Jewry and Freemasonry (liberals) as instruments.
Most politicians are their factotums.  They control the mass media and education systems. They smear patriots as bigots and label the truth as "fake news." They control the corporate cartels.
They seek to dispossess the white, Christian heterosexual (WCH) majority by empowering racial and sexual minorities using the pretext of "human rights." Majorities have no human rights. Minorities are never "racist.'
The WCH majority is under relentless physical and psychological attack. The bankers use intel agencies to organize false flag terror. They abandon longstanding immigration protocols and inundate the country with migrants and "refugees".
They groom children for pedophiles under the guise of sex ed and attack gender roles and, even, segregated toilets. They redefine the family, abolishing the terms "mother" and "father".  They suppress Christmas and turn the church  over to the service of Israel. Movies and music are devoted to propaganda, promiscuity, pornography and the occult. All the while, they convince us that Muslims are the problem. 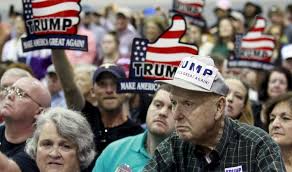 TRUMP
In this context, how should we understand Trump?  He is a member of the Illuminati who realized he could gain control of the US by promising to champion the disenfranchised, voiceless WCH majority and reverse their insidious dispossession by the bankers. "Make America Great Again" is a promise to restore the American Dream - freedom and opportunity for all, Christian values,  government in the national interest, and an end to social engineering and political correctness.
The US has been run by traitors for most of its existence. Obama is a cocaine-using Jewish rent boy whose father, Frank Marshall Davis, was a Communist agent.  He hates America just as George Soros, his Masonic Jewish banker master.
Trump's appeal is that he pretends to love Americans. I hope he is sincere. But it's hard not to be suspicious when a plantation owner champions the slaves. He is an Illuminati Jew, a member of the club. He pretends to be a goy and  keeps a few goyim around like Steve Bannon and KellyAnne Conway to remind him of how they think.
Liberal Jews hate him because they're afraid he will actually put "Americans First" instead of the subversive Communist agenda of the bankers. 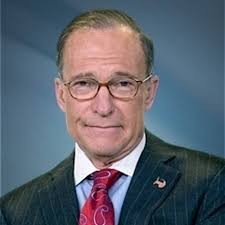 (Left, Larry Kudlow, Trump's latest choice, heads Economic Advisors. Jewish. Had $10K a
month cocaine habit in the 1990's)
Here is a man who dedicated his life to making money, whose cabinet is filled with Jewish bankers and fellow billionaires. It's hard to believe he will abandon this goal and actually dedicate himself to defending the WHC who elected him.
If he does arrest the Communist Jewish agenda, he could go down as the greatest President in US history.
The $60 billion question is, where do his loyalties really lie? Money? Israel? Freemasonry? or restoring the American Dream?
----
Related - Have Americans been Neo Conned?
-------------- Is this why Trump shines Bibi Netanyahu's Shoes?
Kevin MacDonald - Will Trump Keep Promise to White Voters?
First Comment by Bill
If if walks, quacks and runs with the same feathered friends...it's a friggin duck...
When observing my rich neighbour who runs with other rich-men and tries to befriend me a poor slob who squeaks by...I know he has something up his sleeve and that we could never be friends...his life is spent chasing the illusive dream that will die with his stinking body.
If you think Drumpf is not a duck then you have a serious problem...just look at how all the alt-right media slobbered all over themselves...no spit nail over the UN vote...this is a portent of what is coming in spades...Iran war you bet to further greater Israel just as Obama has but these perv's really know how to play the dumb goys...
If you have any illusions about Drumpf being great, please abandon them completely or you may be swallowed up in the gigantic 3-ring-circus of wishful thinking that has screwed the brains out of the WCH.  You are about to witness the greatest magic act in history that will confound the world, and God will permit it to catch every hypocrite by his balls.

Comments for " Trump Promises to Liberate the Serfs"

Merry Christmas Henry and thanks for providing some of the truest scholastic and educational articles on the world as it is for years.

I liked your recent article on Trump but would have reversed the order and started with the positive. There is a chance that Donald was shaped by his father's strength and mind and by his mother's heart and wisdom and that he truly wants to turn back the march of the nwo.

The resistance to Trump is very real by the real fake media and by the banksters and their billionaire tools and that is hopefully a good sign.

You may be right about Trump being false opposition and you may be wrong.

The satanists may have a lot of power, but God is in control.