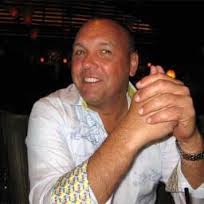 Steve Silva did such a good job
deceiving the nation on 9-11 that
the Illuminati brought him back for
the Boston Marathon bombing.
(See Betsy McGee's video report.)

In April, after the Boston false flag, I watched a video that was taken from the finish line that is now touted as the "gripping, definitive video" of the bombings.

I realized that the videographer was filming everything BUT the area where the action was, and I wanted to know why... was he just such an amateur and so frightened that he couldn't get good footage?

A quick investigation revealed that the videographer was the Boston.com sports producer, a man named Steve Silva.  This, I thought, stunk to high heaven, as a "sports producer" would be someone used to taking video of fast-paced, exciting events...  I knew I was looking at a deliberately jumbled and choppy video, done exactly that way on purpose so that the false flag fakery could be put into place...  I even made a video about it..

A few days ago I found a video of two witnesses claiming that they just happened to see the first plane hit the first tower on 9/11... and one of the witness's names was STEVE SILVA.  Imagine my surprise!  It did not, however, say "Boston.com's Steve Silva" or anything like that, so I took the footage of the 9/11 witness call and pieced it together with the Boston witness footage and it's the same person.  I supposed that the cabal felt that Steve did such a great job lying on 9/11, that they would use him as a star witness again, on their next big fake attack.

I made a new video about Steve Silva. FAKE, LYING JOURNALISTS REALLY BOTHER ME, and it was either have some fun with him or be really, really brutal...

I think that the fact that the cabal would be so bold, and think that we are so blind and beyond stupid, that they'd use the same guy as a star witness at BOTH events, helps to show the fakery of it all...
--- 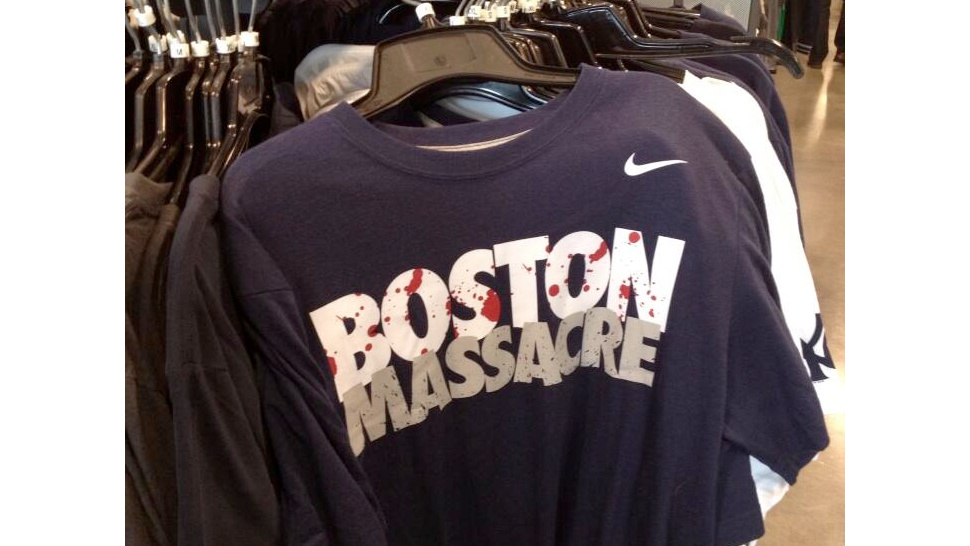 Also by Betsy McGee:  US Currency revised in 1996 to Depict 9-11
Related-  Like Newtown, Boston Marathon Bombing was a Drill
http://rinf.com/alt-news/breaking-news/bostons-custom-designed-terror-operation-urban-shield/58085/
---
YouTube - Family Guy Episode Three Weeks Before the Boston Massacre

(Left- Nike withdrew these T-shirts after the bombing.)

Thanks for posting Betsy McGee's article/videos.

She nailed it! I sent it far and wide, but whether anyone will take the time to have their precarious world views disturbed is a completely other issue. Thank you for all the good work you both do.

To the average television viewer, you could use the same actors in 4 consecutive, and different, commercials and none would be the wiser.

To the careful viewer though, with an exceptional memory (like Betsy's), the same commercial sequence is interpreted as a big FU â€¦ "we got you under control and there is nothing you can do about it" chortling from the PTB. The arrogance of them â€¦. it's like they can't wait to stand before the camera and admit EVERYTHING â€¦ while laughing at the dumbed down sheep that STILL won't believe it.

The American mind has been flooded with so many "false flag" terror events and "historical pys-ops" that it can no longer distinguish truth from reality.

The only real threat to that mindset of illusion is documented evidence and hard cold facts.

This is why a large sector of the American public doesn't seem to have an interest in truth and would prefer the mythical "manufactured truth" of events, not realizing that it has been set before them to achieve a political end.