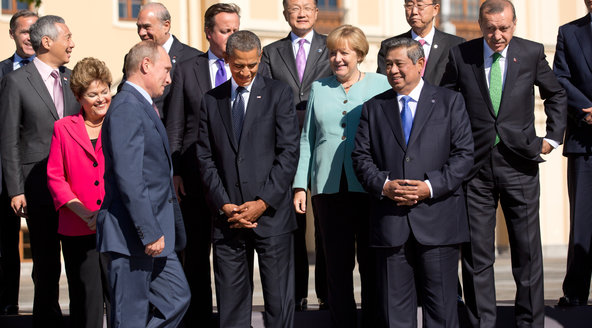 The G20 Are Collaborators In The New World Order

Vladimir Putin will be attending the upcoming G-20 meeting in Brisbane.

Below, Larry P lists 30 stories that prove East-West relations are just fine, and the "G" in G-20 might stand for "Globalist" or  Freemasonry. They all stand for Judeo-Masonic central banker control.


Related- How Putin is Part of the NWO

The U.S., Russia, and China are locking horns in an ever intensifying power struggle. At least that's what we're told by the mainstream media and our own government. Virtually everyday the media presents us with stories of how Russia violated the airspace of some Western country or that China and the U.S. are hacking each others computer networks.

But what if that wasn't the whole picture? What if the news was selected in a way to present a bias that would lead you to a desired conclusion? Webster's defines propaganda as 'ideas, facts, or allegations spread deliberately to further one's cause or to damage an opposing cause.'

The stories the mainstream media chooses to post as headlines do not reflect a true picture of the relationships between the G20 member countries. For example. Would you
be surprised to learn that a Russian Bank hired former Senators Trent Lott, R-Miss and John Breaux, D-La. or that despite being told Russia and the U.S. are bitter foes the
U.S. Marines purchased Russian helicopters for use in Afghanistan or that the Obama administration gave free military equipment to Russia? (1)(2)(3)

Nothing remotely of that nature is reported on the nightly news. If the Government labeled another country as aggressive and yet was looking to expand cooperation with them
under their joint space program or that they both are trying to block new nuclear power regulations post-Fukushima, would you question their relationship? That is in fact what we see as the U.S. Government is doing with Russia. (4)(5)

Knowing the French are about to deliver a warship to Russia or that Britain has sold more than Â£86m in military hardware to Russia in the past year would be  important factors to know as well.(6)(7)

Do corporations launch new business ventures like IHG (Holiday Inn) did in Russia if they
think the country is a potential threat? (8) Do governments let foreign corporations buy their assets if they think they are a potential enemy? 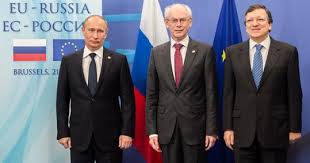 Of course not, and in fact the West's own policies insured Russia would be an able partner as even Vladimir Putin's own speech declared, "We will strive to ensure a New World Order" (9)(10)

While the U.S., China, and Russia ramp up Cold War rhetoric, the true economic ties that connect the East and West are far removed from the public consciousness. At an Oct 20th meeting of the Russian Foreign Investment Advisory Council, Economic Development Minister Alexey Ulyukayev said,"Everyone confirmed their readiness to work in any conditions from the viewpoint of geopolitics and fundamental economic circumstances." (11)

The countries ready to do business are the same that are typically portrayed as having disputes with Russia including the U.S., Britain, Sweden, Finland etc. (12)  While the media reports the West's sanctions against Russia are "biting," half of Russians polled say these Western sanctions will help them (13)(14).

One has to question sanctions at all as Russia's own report showed the trade volume between the U.S. and Russia actually went up by as much as 20% after sanctions began along with the fact that the Russian firm Oasis Beverages just purchased U.S. brewer Pabst (15)(16) The E.U. has similar sanctions on Russia but interestingly Russia's Gazprom just purchased Europe's largest gas storage facility as well as the Italian insulation firm Membrane. (17)(18) Again does a government sell an important asset like a gas storage facility to a potential enemy?

The contradiction doesn't stop there as the scale to which China is merging into the fabric of the G20 is phenomenal. Governments and corporations from Italy to Canada and all points in between are setting up agreements or are outright selling to China. We see the U.S. is partnered with China to train Afghan diplomats. (20) Luxembourg has a joint space cooperation with China.(21) Jaguar and Land Rover are to build a new plant in Shanghai. (22) German drug companies are pouring money into Chinese operations. (23)

By itself the U.S. real estate market is a favorite of the Chinese. (24) Not only in commerce but a special connection exists between China and the U.S. in education. (25) For example Yale University just received a $10 million donation and that's on top of Harvard receiving a $15 million donation in September - both Chinese donors. (26)(27) 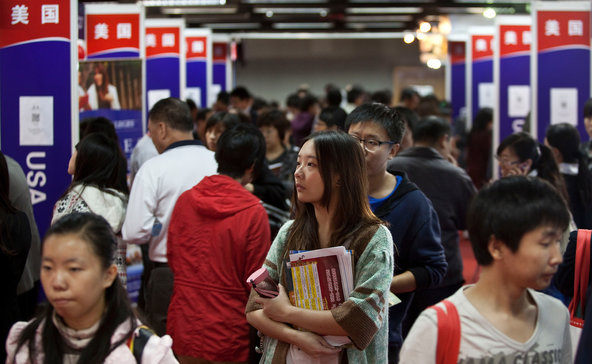 The Chinese love for American schools isn't just at the University level however it's also found in compulsory education as well. Private high schools in the U.S. are seeing a large
influx of Chinese students as cultural China and America are becoming more integrated than ever.(28) So I ask do wealthy parents send their children to live and be educated in a
country they deem to be a potential threat?  Does American business interests sell the Waldorf Astoria hotel, a mecca for New York elite, to an enemy? (29) Lets not forget Mao
Zedong's involvement with the Yale school in China as a reminder of the West's cooperation with the East.

If we want to gain an appreciation of the relationships of the G20 member countries today we can look to history as a guide. We know that American corporations and banks were involved in aiding the NAZI and Communist regimes during the time when those regimes were known to be a threat to their own people. This contradiction exists today and the State-controlled media cannot be trusted to give a true representation of how the social, economic, and political realms flow between the G20 members. The Pentagon claims China is a growing military threat and yet American business, academia, and Government is becoming more intertwined with the Chinese every day. 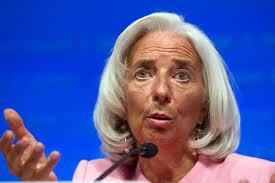 Another reality history shows us is that military conflict does happen. Wars such as Vietnam prove that the dominant countries try to control smaller ones which leads us to the New World Order. The simple fact is the world's elites don't need large scale war to accomplish a one-world government. However they need enough chaos especially economically to bring about their twisted dream. As more jobs have been moved to China, we see the economic chaos that resulted in the G20 countries.

Instead of sound monetary policies being enacted we see the G20 countries central banks acting in concert pushing near zero interest rates and easy money. At some point one has to
look beneath the everyday propaganda from political talking heads and controlled media outlets to look at the hard data. That data proves the G20 countries are moving in a unified
direction socially, economically, and politically toward the New World Order.
---

Larry P maintain a daily news feed of this type of info at http://newworldorderg20.wordpress.com/

Comments for "Globalist Harmony: East-West "Conflict" is a Charade"

Regarding "Globalist Harmony..." one item to dispute centers around Sikorsky helicopters. Igor Sikorsky immigrated to the United States becoming an American Citizen. Sikorsky Aircraft has never had any connection with the Soviet Union or Russia. United Technologies acquired Sikorsky in the 1980's, or thereabouts from which the massive CH-53 was further developed.

Soviet/Russian helicopters have alway been built by Mikoyan-Gurevich (MiG) and Kamov (Ka). Most of their early systems could not hold up to American capabilities or safety. More recent systems, such as the Ka-26 far exceed our own attack helo capabilities, but that may be an exception.

Insinuating that cooperation with Sikorsky involves cooperation with the Soviets or Russians amounts to lazy journalism completely inaccurate in its premise. Other than that, the "Professional Wrestling" analogy for geopolitics is spot on in so many respects.

Henry, surveying the pathetic excuses for leadership we are saddled with today, Putin seems like the one adult in the room trying to avoid World War III. With the US and Israel acting as one, I believe the situation would have gone nuclear already if not for Putin. The sanctions against Russia are hurting the West more than they are Russia, but since when do Western leaders care what hardships their agendas inflict on their own populations? If Putin's actions were part of the charade, I doubt he would have made the Valdai Club speech he just did in Novgorod, basically saying the New World Order is a failure and we need to find a better way to manage global relations.

Christian belief says that one global leader will take over the nations and impose total control. People from all over the globe will watch him (internet, TV) and will only be able to buy and sell with his mark (chip, electronic payments).

He will be the one who will grease the gears so different blocks, western Illuminati, Muslims, BRICS, can work together.

What is more amazing? That the current situation may have been portrayed with precision 2,000 years ago or that people still don't believe in the power of God?

Finally a article that really tells it like it is. I have also thought of USA and world politics as like Fake Wrestling. I still have t-shirt from 20 yrs ago where Fake wrestling promoted their NWO.

Yes, it's true, America still sells Russian vodka and has joint auto ventures with China along with many other forms of trade but the sovereign Neo Con agenda is a reality with trade being used as leverage against these countries in the form of these present sanctions. They want these "partner nations" to render their national sovereignty in exchange for not being isolated from the world economy by restricting their exports. Russia at the present time is not ready to render it's independence quite yet and has witnessed the Nunland Neo Con power play in Kiev and the horrors that are going along with it.

The Neo Cons have a problem here.To get their NWO they must have "weak willed" nations with "weak willed" leaders in order to succeed. Not all the governments of the world are as pliable and as moveable as America. Even the ruins of Iraq, Libya, and now Kiev has still not been enough to persuade Putin or Assad to wave the white flag of surrender. They understand that cooperation is no guarantee against the chaos or tyranny that might be coming their way.