The Conceit that FDR Was Not a Communist (like Obama) 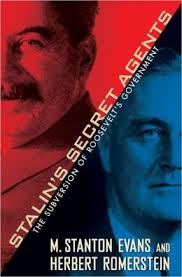 "Romerstein & Evans give the impression that Roosevelt himself was left in the dark about the nest of spies around him."
Even historians of Communist subversion cover up for FDR, says Dave Martin. Whittaker Chambers was a GRU (KGB) agent who in 1938 told Assistant Sec of State (for National Security)  Adolf Berle the Roosevelt administration was crawling with Soviet agents, including FDR's key adviser Alger Hiss.

FDR told Berle to f**k himself.  Clearly Roosevelt (and Stalin) were traitors,  puppets of the Illuminati Jewish banker cabal. But no historian can admit "anti-Communism" (or rather US patriotism) was and is a charade. 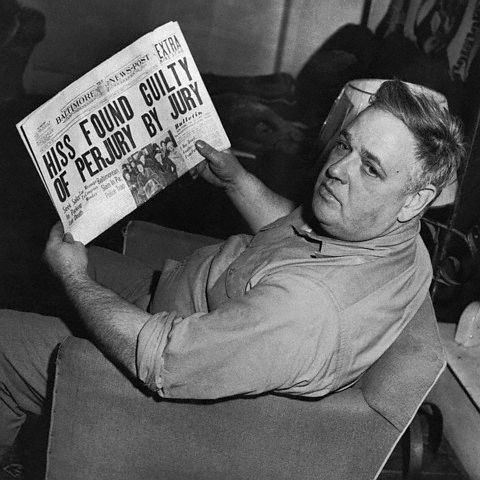 Isaac Don Levine, the man who set up and took part in the Whittaker Chambers-Adolf Berle meeting confirms that FDR dismissed evidence of Soviet spy infiltration.

"When I called on Berle a couple of weeks later, he indicated to me that the President had given him the cold shoulder after hearing his account of the Chambers disclosures.  Although I learned later, from two different sources who had social relations with Berle, that Roosevelt, in effect, had told him to "go jump in a lake" upon the suggestion of a probe into the Chambers charges, I do not recall hearing that exact phrase from Berle.  To the best of my recollection, the President dismissed the matter rather brusquely with an expletive remark on this order: "Oh, forget it, Adolf."   Eyewitness to History: Memoirs and Reflections of a Foreign Correspondent for Half a Century, pp. 197-8 (1975)

It is very, very hard to come to any other conclusion than that [Evans and Romerstein,] who could well be described as America's leading surviving Red hunters, are covering up for Franklin D. Roosevelt.  That impression is greatly reinforced by Evans in a presentation he made to The Heritage Foundation, which one can listen to here.   He is asked specifically about Roosevelt's complicity in permitting his government to be laced by Communist agents, and Evans attributes it all to FDR's naivetÃ©.   Perhaps someone should have also asked him about the failure of the FBI in all this, the people who have the national responsibility for counter-espionage.  But the FBI ultimately works for the president.  He had the power to make them stand down, and there is every indication that that is just what he did. 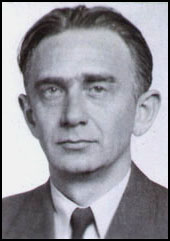 Further indication that the authors are covering up for Roosevelt is their failure to mention at all the Soviet defector Walter Krivitsky,left.   Krivitsky, as former chief of Soviet intelligence in Europe, knew a good deal more about Soviet infiltration of the U.S. government than Chambers did.  But instead of being embraced and welcomed by the Roosevelt administration, he was harassed by them.  In February of 1941 he was found dead of a gunshot wound to the head in a Washington, DC, hotel room.  The District police ruled the death a suicide after only a cursory investigation.  Who would have had the power to, in effect, make the DC police stand down on this one?

The authors do talk about the very well connected Soviet spy, Michael Straight, who as publisher of The New Republic hired Henry Wallace as editor, but they have no reference to the extremely revealing biography Last of the Cold War Spies: The Life of Michael Straight, by Australian journalist Roland Perry.   Perhaps that is because Perry, like Levine in his similarly ignored book, has a lot to say about Walter Krivitsky.  Perry even suggests that Straight, a family friend of the Roosevelt's working for the State Department at the time and feeling threatened, was involved in Krivitsky's assassination.  (See the review by Wes Vernon.)

What Whittaker Chambers tried to give Berle was the facts and names of the entire GRU network in DC, all of them Federal employees embedded in New Deal bureaucracy. Chambers wrote in his autobiography 'Witness' that weeks after the meeting and nothing happened, it dawned on Chambers that Berle wasn't to do anything at all because FDR's liberals knew they were working with the Communist party. The joke was on the Communists.

Chambers explains further that to fully understand you have to look deeper to see the hidden agenda of the New Deal.

"And with astonishment I took my first hard look at the New Deal. . . . All the New Dealers I had known were Communists or near-Communists. None of them took the New Deal seriously as an end in itself. They regarded it as an instrument for gaining their own revolutionary ends. I myself thought of the New Deal as a reform movement that, in social and labor legislation, was belatedly bringing the United States abreast of Britain or Scandinavia."

"I saw that the New Deal was only superficially a reform movement. I had to acknowledge the truth of what its more forthright protagonists, sometimes unwarily, sometimes defiantly, averred: The New Deal was a genuine revolution, whose deepest purpose was not simply reform within existing traditions, but a basic change in the social, and above all, the power relationships within the nation."
...the basic point of the revolution -- the shift of power from business to government -- the two kinds of revolutionists were at one; and they shared many other views and hopes. Thus men who sincerely abhorred the word Communism, in the pursuit of common ends found that they were unable to distinguish Communists from themselves".

It's too bad that only the elite coterie of the modern conservative movement represented by the National Review could appreciate the subtlety of Chamber's insight into the scope of the New Deal. The New Deal was Plato's Republic masquerading as social justice liberalism. Crises were used to leverage massive changes affecting most aspects of social and individual life in America. New Deal policies changed the way people did things. It took women out of the homes and put them to work in factories, it moved youth to the cities, and young men out of the country.
-------

Makow - Communism is a ruse and its agents were traitors and dupes.
Its aim is total Talmud-like control by  Cabalist central bankers. What only Jews suffered in the past, everyone will suffer. They create "terrorism" as a pretext to install their police state.

Coincidentally, I am currently reading this very book (arrived down here on May 14 in the same box with Guido G. PreparattaÃ‚?s Who Financed Hitler), but, as I am also a Makow reader, it struck me just by reading pages 64 and 65 (I decided to start the book by its chapter 5 while on the bus back home from work) that the authors were not following the evidence to where it leads.

Well, I think you can imagine my happiness upon reading your abridged version of Mr. MartinÃ‚?s review; I mean, my happiness at finding that I am getting the same picture and arriving at the same conclusions as those who are years ahead of me in the study of history. This is so because I have been reading savethemales.ca since December 2010.

Now, while I find it pretty lammentable that scholars like M. Stanton Evans (or Olavo de Carvalho) will not fully connect the dots, I do think it is because they... have bills to pay. As Brother Nathanael Kapner once aptly said: "The truth will not only set you free, but it will get you fired as well." That is why I cut M. Stanton Evans, Ann Coulter and Olavo de Carvalho so much slack, while learning my intellectual integrity lessons from Michael A. Hoffman, E. Michael Jones, Robert Sungenis, Henry Makow and such as them.


Then again, heaping thanks, Dr. Makow. Keep up your excellent work.

Yes there is a movement inside the conservative ranks, linked with Jewish/Zionist interests, to blame everything wrong in the World with "DA EVIL LEFT". Everything is the left, no matter what; if it's evil, it's them, cause they're always scheming to destroy our cherished "Judeo-Christian" values ( whatever those are ).
These people seem to capitalize on the fear factor and naivetÃ¨ of religious people in the lower-middle classes to galvanize support for the New Crusade bullcrap ( Islam is the new strategic ally of DA EVIL LEFT ).

The truth is they're both wings of the same bird, and you need to be too dumb to think that the CIA, the FBI, NSA ( or equivalents ) and the vast unknown intelligence underworld were "unaware" of all these Soviet spies, or couldn't do anything about them. My view is that the whole underworld is connected, and in reality one and the same structure ( CIA, FBI, MI-6/5, MOSSAD, Saudis, etc.) with many fronts in different colors, wrapped in different flags to fool the "unenlightened". Like they do with about everything else - even the different religions of the world, if analyzed by their esoteric side, are all the same.

These new books being put out now, "Stalin's War", "Stalin's Secret Agents", Stalin this, Stalin that...is it possible that only one man was able to con the whole world so many times in a row, and with such subtlety? Obviously not; more myth for the myth-minded.

Communism was an "idealistic sham" from the beginning and claimed many Christian fatalities along the way. It sought to usurp God and replace him with a Talmudic philosophy of a "master race" of people that would rule planet Earth and enslave the racially inferior masses. Nothing has changed about it today other than the name, it's now called the NWO.

When Communism overthrew the Christian Monarchy in Russia the churches were burned and large statues of Communist leaders were erected in their place. This was to be for the "deification of man" and not God.