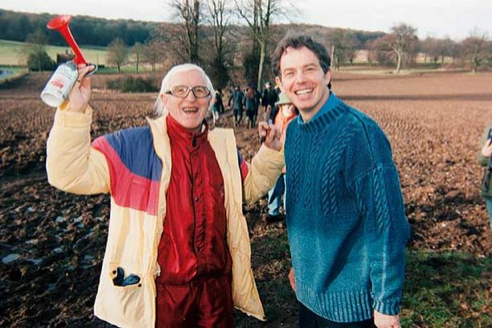 (l. Jimmy Savil & a younger Tony Blair)
Cabalist (Masonic) bankers have empowered a class of perverts they  control through blackmail. Cabalism is Satanism. Mankind has fallen under satanic domination and is unable to discern the difference.
by Brian Douglas
(henrymakow.com)
Pedophilia is common practice in the British establishment.
This is difficult for the British public to believe. At our level, pedophilia is a crime heavily punished by the law and condemned by the mainstream media.
However, Illuminati members are above the law and partake in pedophile rings without fear of prosecution.
The Illuminati operate pedophile rings for three main reasons:
1. Most members of the cult have a psychopathic and sadomasochistic psychological make-up, and therefore have perverted sexual desires.
2. Pedophile rings operate as a system of blackmail, enforcing conformity to the NWO. All members of the establishment are vetted by security services. Hidden cameras are placed at child sex parties to gather incriminating material.
3. Perversion is the way Satanists worship.  Just as a Christian might perform works of charity, the Satanist will prey on children.
FOUR EXAMPLES OF ELITE SATANISM
The following cases prove the existence of establishment pedophile rings in Britain. 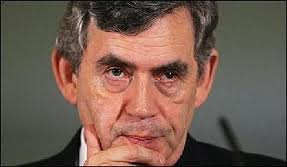 1) Gordon Brown - English journalist Mike James claims former Prime Minister Brown is a well-known pedophile. James worked in the mainstream media and was first told of Brown's perversions by Norman Lamont (Chancellor of the Exchequer 1990-93) at a private party in 1986.
He later did his own research into the man, and wrote in 2010:  "Gordon Brown, the current British prime minister, is a practicing pedophile whose activities are known not only to the British, American and Israeli intelligence services, but also by Rupert Murdoch and his senior editor at the Sunday Times."
The fact that intelligence services have dirt on Brown means he is controlled. He can be blackmailed at a moment's notice. Brown became Prime Minister because of his perversions, not in spite of them.
Mike James places Brown as a member of a ring of senior British pedophiles, including Lord Robertson and Lord Peter Mandelson. All of them are major members of Masonic lodges. 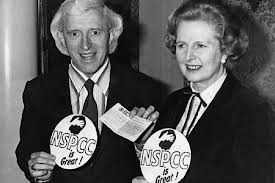 2) Thatcher Pedo Ring - It has been revealed that a pedophile ring operated within the Thatcher government (1979-90).
In the 80s a teenage rent boy went to the police claiming he and other boys were sexually abused by top people.
The parties were held by millionaires and attended by British politicians, judges, senior civil servants and members of the European elite. Some of the VIPs were said to have flown in via RAF (Royal Air Force) Northolt on the outskirts of London.
This case has been revealed by the disgruntled former policeman who interviewed the rent boy. He says when he began to investigate the claims, his superior demanded the case was closed.
"It was a case of 'get rid of everything, never say a word to anyone'. It was made very clear to me that to Â­continue asking questions would Â­jeopardise my career." 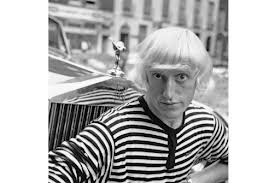 3) Sir Jimmy Savile (1926-2011) - for over 40 years Savile presented TV shows aimed at young people.
In recent months he has been exposed as a violent pedophile who abused children over a period of four decades.
With each passing day more people come forward to testify against the dead presenter. Police are currently processing the testimonies of hundreds of victims.
The details are astounding: he abused children who appeared on his television programs, organized pedophile parties with other entertainment stars, and molested sick children in hospitals. A former BBC radio DJ claims he was also a necrophiliac.
However, the most damning reports - and least commented on in the mainstream- are those which reveal Savile took part in establishment pedophile rings.
In 2011, the News of the World newspaper reported that 'Savile is known for supplying a number of high profile MP's with children for them to sexually abuse.' 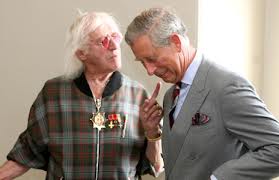 The article revealed Savile was a regularly visitor to the notorious Haut de la Gaurenne care home in Jersey in the 70s, and was witnessed taking young boys onboard the yacht of former British Prime Minister Ted Heath.
Ex-Jersey deputy police Chief Lenny Harper explains how children were abused on the island:
"We know from court cases and statements made to my team [during a 2008 inquiry] that children in Jersey care homes were 'loaned out' to members of the yachting fraternity and other prominent citizens on the pretence of recreational trips but during which they were savagely abused and often raped. When these children complained, they were beaten and locked in cellars [at Haut de la Garenne]."
Allegations circled around Savile for decades, but due to his establishment connections he was protected. In 1990, the Queen honoured Savile with a knighthood (Member of the Order of the British Empire).
The revelations have only emerged now because Savile died last year and can no longer be protected by libel laws. 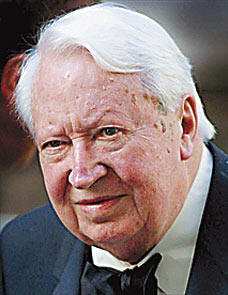 4. Ted Heath - the British prime Minister (1970-74) was a well-known sexual degenerate and pedophile.
On Heath's pedophilia, T Stokes writes:
"He would regularly take boys from certain care homes away on his boat for weekends. His sheets had to be perfectly white, clean ironed and perfumed, Heaths obsession with this made the boats name 'morning cloud' the subject of many in house jokes, nevertheless he was seriously warned 4 times by the police for hanging around public toilets, special branch had to appoint a man especially to protect him.
The name 'Mr. Eddy' was well known on Hampstead Heath and the boys home nearby in the seventies."
It seems to be the rule, rather than the exception, that British PM's are pedos! 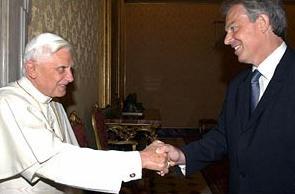 (left. Blair & Pope Benedict exchange Masonic handshake.)
5. Tony Blair -Prime Minister Blair ordered a D-Notice, the draconian British law that prohibits the press from talking about certain 'national security cases', to protect pedophiles working in his administration.
In 1999, an international investigation of child pornographers and pedophiles run by Britain's National Criminal Intelligence Service, code named Operation Ore, resulting in thousands of names of suspected pedophiles.
The problem? The names of powerful people in government kept cropping up. Former NSA analyst Wayne Madsen reported:
"In early 2003, British police began to close in on some top suspects in the Operation Ore investigation, including senior members of Blair's government.
Police also discovered links between British Labour government pedophile suspects and the trafficking of children for purposes of prostitution from Belgium and Portugal (including young boys from the Casa Pia orphanage in Portugal)."
To hide the scandal, Blair issued a D-Notice, resulting in a gag order on the press from publishing any details of the investigation. This allowed his buddies to be discharged without public outcry.

6. Ben Fellows' Testimony - The British entertainment industry is crawling with pedophiles, says Ben Fellows, a former child actor who worked in theatre productions and TV.
"I ran a gauntlet of pedophiles - both at the BBC and at other television production companies, and also in theatres, as well as on commercial photo shoots."
During productions, staff would warn him to stay away from certain actors who were known to be pedophiles. He was in danger when he ran into them backstage.
He gives an example: "I was chased around the dressing room by a naked actor who had invited me into their dressing room at the Theatre Royal in Drury Lane - and this actor was extremely famous. I was advised by the director of the musical that I was not to complain, or tell anyone of this incident. I was thirteen years old... so I didn't."
His testimony is full of shocking detail. On one occasion he was seduced by a female BBC producer who regularly had sex with teenage boys. On another he was molested by cabinet minister Ken Clarke MP, who gave him alcohol and groped his penis through his trousers.
Fellows says he knows child actors who committed suicide because of the abuse they suffered. However, abuse by homosexuals somehow doesn't come under "bullying."
CONCLUSION
We Brits were told to be very nationalistic during the recent London Olympics. People waved union jacks and held street parties.
Call me anti-social, but I don't want to celebrate a country run by pedophiles.
The case is closed. The only question that remains: are Brits ready to face the truth and do something about it?
Related -

If ever there was proof that Cognitive Dissonance exists and is thriving is when -only- two responses exist to this article ... in 24+ hours.

Peter is no newbie to this information, nor am I. He understands just how deep this particular rabbit hole goes. Robbie, on the other hand, seems content to believe that things are the way they are because powerful people want to rule.

As long as he is not one of them all is well, apparently ... since his solution to mass child abuse and 800,000 missing children worldwide every year is to allow God to sort them out during the White Throne Judgment.

I agree they will get their just punishment in the end ... but until then it is immoral to allow another 800,000 to go missing and be used by evil adults because we would rather not face the full horror of it all.

These revelations as shocking as they may seem to many are just the first few spots of rain on the arms of the unsuspecting masses of a Tropical thunderstorm of stunning apocalypse that will soon overtake and engulf the senses of many people.

These are the days of the lifting of the veil and the end of the age
of innocence.

I disagree that people are trapped into peadophillia, so that they can be blackmailed, rather, I believe that it is a case of, â€œBirds of a feather flock together.â€

These evil people are in charge, as it is â€œIn themâ€ to want to rule, I have no desire to rule over others.

As for Judgement, they will be judged at the White Throne Judgement, as seen in Revelation 20:11.