Murdered by Police, Jeff Murray Would have Been 65 Today 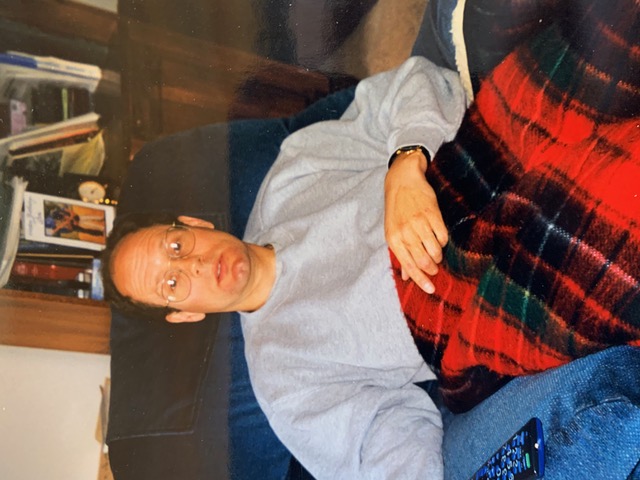 "What are you worried about, you know where you're going."
- Jeff Murray  January 8, 1958 - May 9, 2021
Jeff Murray is our George Floyd.
Floyd dies in police custody
and the world stops.
Greenville SC police framed
and killed Truther Jeff Murray
May 9, 2021 and it goes totally unnoticed
un-investigated and forgotten.
He wasn't Black; he wasn't Jewish,
he wasn't gay, he wasn't a tranny.
He was a patriot who loved freedom.

by Henry Makow PhD
Jeff Murray was a familiar name in my inbox. He sent me links which I would tweet.

Police "shot and killed a man believed to be the suspect."

That sounds pretty convincing: "believed to be the suspect."

"The shooting preceded a second shooting minutes later, when Greenville police officers who responded to the initial shooting used witness statements to track down the suspect, according to Police Chief Howie Thompson, who spoke to the media on Sunday. 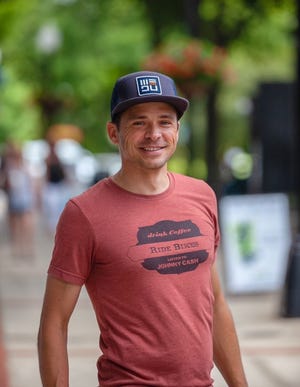 "Police found Jeffrey Mark Murray, 62, in a vehicle that pulled over outside the Greenville Fire Department station on Verdae Boulevard.

"Murray got out of his vehicle and displayed a handgun before an exchange of gunfire left Murray fatally shot. No officers were injured, police said. Thompson did not disclose the names of the officers involved.

An incident report from the Greenville Police Department had not been finalized as of midday Monday, said Lt. Alia Paramore, a spokesperson for the agency."

Jeff Murray has been a target of "gang stalking" for eleven years. He believed that a microwave weapon was being used to disrupt his sleep. People were entering his home and damaging or stealing his property. His car was also damaged. He was constantly cut off in traffic and confronted when out in public.

On Nov. 27, 2020, he didn't say he was a target but he wrote to me: "Henry - some people call it "gangstalking" - It's in the Protocols of Zion - Chapter 17 points 7, 8. ...  Most targets also get the wireless MK Ultra frequency torture.  This article is the best I've read at describing modern day COINTELPRO which uses a HUGE amount of community policing, American Stasi.  They watch most of them....they torture, felony vandalize, home enter with a key, murder, beat, provoke, gaslight, harass and commit felonies on a regular basis working hand in hand with law enforcement, military contractors and intel agencies."

Jeff Murray didn't own a gun. He had a hunting rifle.

We have to take the police's word since there were no witnesses to their shooting. Where is the police body-cam footage?

Jeff graduated with honors in political science from Siena College in Troy NY. He sold chemical products and did IT for Auriga Polymers in Spartanburg SC.

Greenville SC is well known as a Masonic hotbed.

Will a lawyer come forward to get justice for Jeff Murray, and possibly Whitt Oliver as well?

----
Related - My Lifelong Struggle With Freemasons
Is the Government Gang Stalking Patriots?
More links about gang stalking at bottom here
Latest! From a relative-
Not much love going around  for Jeff these days. Few people are as honorable, intelligent or as advanced in their understanding as my brother.  I told him all the time and he never was a proud man.  He was a humble servant and lived honorably until that one day in that town.  NO ONE CAN JUDGE JEFF.  Everyone knew he was a passionate man of faith and truth and far more educated to world history than almost all scholars of the farcical world of politics.  He did not make shit up and he was not petty.  He was kind and good.  He had personal trauma like everyone else, nothing he couldn't live with.  Except  The DEW and the constant break-ins drove him to shoot Oliver. Ken Rhoades and I had to listen to the stories of "the guy on the bike" for over year almost every week, constantly.  On the 911 call Oliver says "I see him almost daily"  Oliver was unemployed and seeking Jeff out on Jeff's lunch hour walk.  Oliver says "We've got to get this guy out of the neighborhood"  Oliver kept calling GPD on Jeff- a woman in the reports told Oliver when he  complained to her about Jeff -  told Oliver to grow up  - in GPD REPORT interview.  In the shooting video JEFF WAS LIMPING BADLY. he did not go for a walk with a limp that day, Oliver was hitting him with handlebars, people said they saw him doing stuff to Jeff before that day.  No one cared. The lowlife Oliver was an idiot, stalking was documented with the GPD but of course they said, Oliver had a cellphone and your brother had guns (plural which he used two)