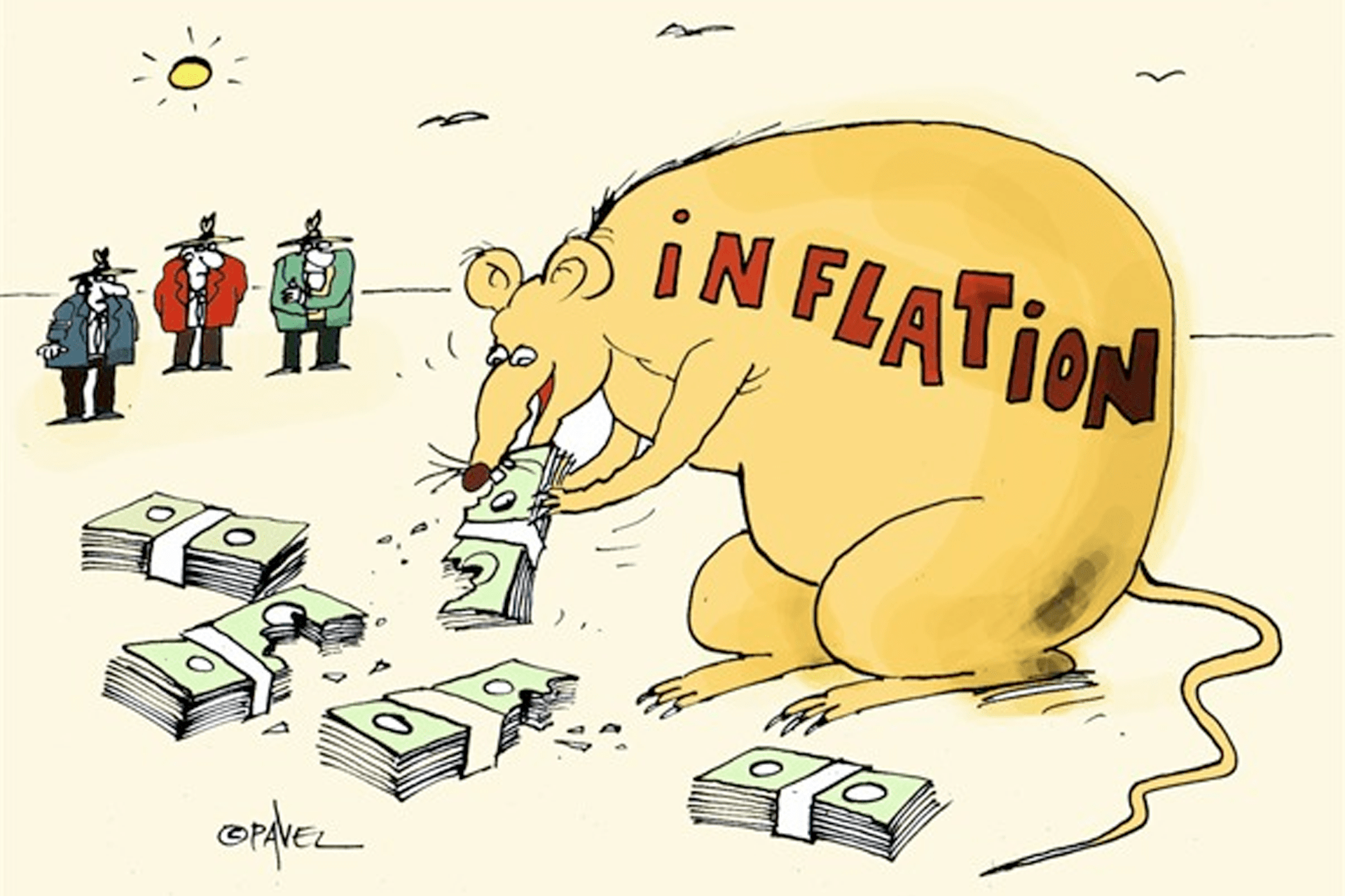 As this cartoon illustrates, inflation is mainly a threat to the people who create the fairy dust we call money. While murder for people on fixed income, it is a boon for those who own tangible assets.
Please send links, comments and articles to hmakow@gmail.com
Inflation is natural when you multiply the money supply by a factor of five.
80% of all US dollars in existence were printed in the last 22 months (from $4 trillion in January 2020 to $20 trillion in October 2021)
https://techstartups.com/2021/12/18/80-us-dollars-existence-printed-january-2020-october-2021/
The figure is probably closer to 90% by now. Combined with low interest rates, inflation can be compared to a kind of weightlessness.  All tangible assets except precious metals -- commodities, real estate -- rose as if weightless. Even intangible assets like cypto currencies and meme stocks rose in the frenzy. There was a rush out of fairy dust. The bankers who own this golden goose, fiat currency, have to defend their fairy dust franchise, by raising interest rates which can be compared to gravity. This is how they handle every problem, throw money at it.
Everything has come tumbling back to earth but the fact remains. There is too much worthless money being created and wasted.  Economy-crippling interest rates likely will create stagflation and/or a debt crisis.

"The numerous mandates birthed by the onset of the Covid-19 scenario were all designed to deliberately break the global economy and crush small businesses as well as break people's minds, will and the social fabric, in order to "build back a better society" that conforms to the dystopian visions of the psychopaths waging this class war.

The desired result is a billionaire's utopia, in which they will own and control the planet in the form of a techno-feudal fiefdom where digitally branded humanity is regulated like cattle in a super-surveilled technocracy. " 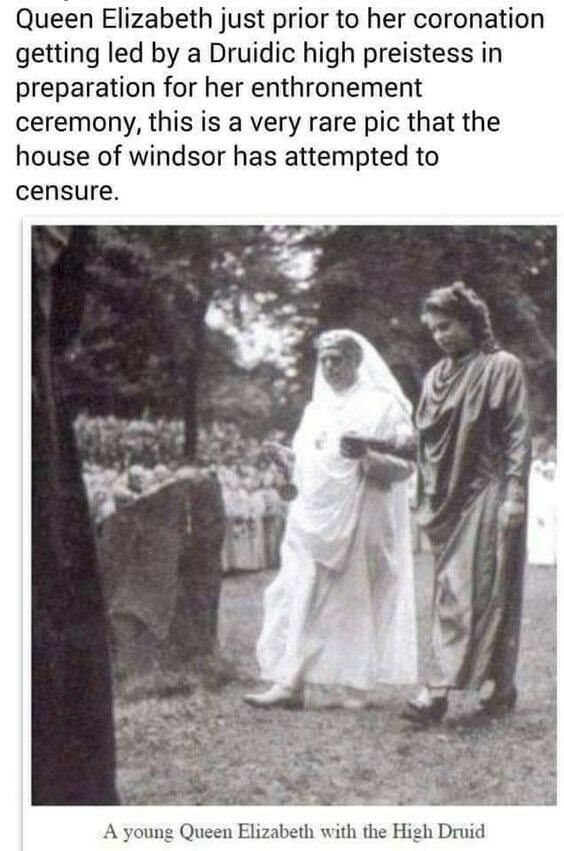 We're just biding time until the next crunch comes, due to the insane Fed rate hikes. It wouldn't surprise me one bit if that will be aligned with a crisis with China, they're doing everything to avoid people getting what is really going on: the mega debt and its coming implosion.
In the short term, there is going to be another crunch, and they will wheel in some sort of new system, driven by the BRICS and their coming Gold ('commodity') backed currency. There will be strong deflationary pressures, leading to economic decline, recession, depression.

And then, I suspect around 2025, this depression/deflation will make debts unpayable, and there will be major defaults. And that's the real threat: once the one can't pay, the next pay either. A chain reaction will happen, and will lead to utter carnage, the likes of which we have never seen before.

And when that comes, they will also bring in their next Plandemic and Lockdown, to forestall mass resistance.

I have noticed that you are sometimes optimistic, because of the resistance against 'the left' and the WEF, but that's just entirely the playbook: they WANT the coming transition to the right, it has already started in Sweden, Italy, with Twitter.

The Right will preside over the already starting (Britain is expected to contract 4% this year) Greatest Depression, and they will get the blame for everything."
----
PJW ---1.1 million migrants housed in four star hotels
Treat them like royalty and they will come 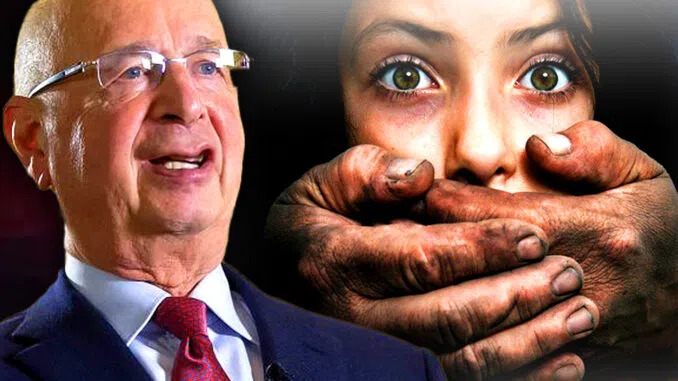 WEF urges exploitation of the helpless

According to a research paper presented at the WEF in Davos, the pedophile phenomenon represents nature's attempt to cleanse the earth and "save humanity" from itself. Minor attracted people are far less likely to produce large numbers of offspring, according to academic data, and the so-called "underage people" they have so-called "relationships" with are statistically less likely to go on and become heads of large families themselves.

This appeals to the WEF and their vision of destroying the family unit and depopulating the earth.


Reader- I don't see any off ramp for this situation. The positions are irreconcilable. Powerful actors on the Western side want war against Russia, even if it is nuclear. Russia doesn't want to be carved up or annihilated. Because of the enormous strategic advantage of striking a knockout blow first, the situation is extremely unstable.Even Jens Stoltenberg is getting nervous that things could go very wrong. Too late, IMHO. 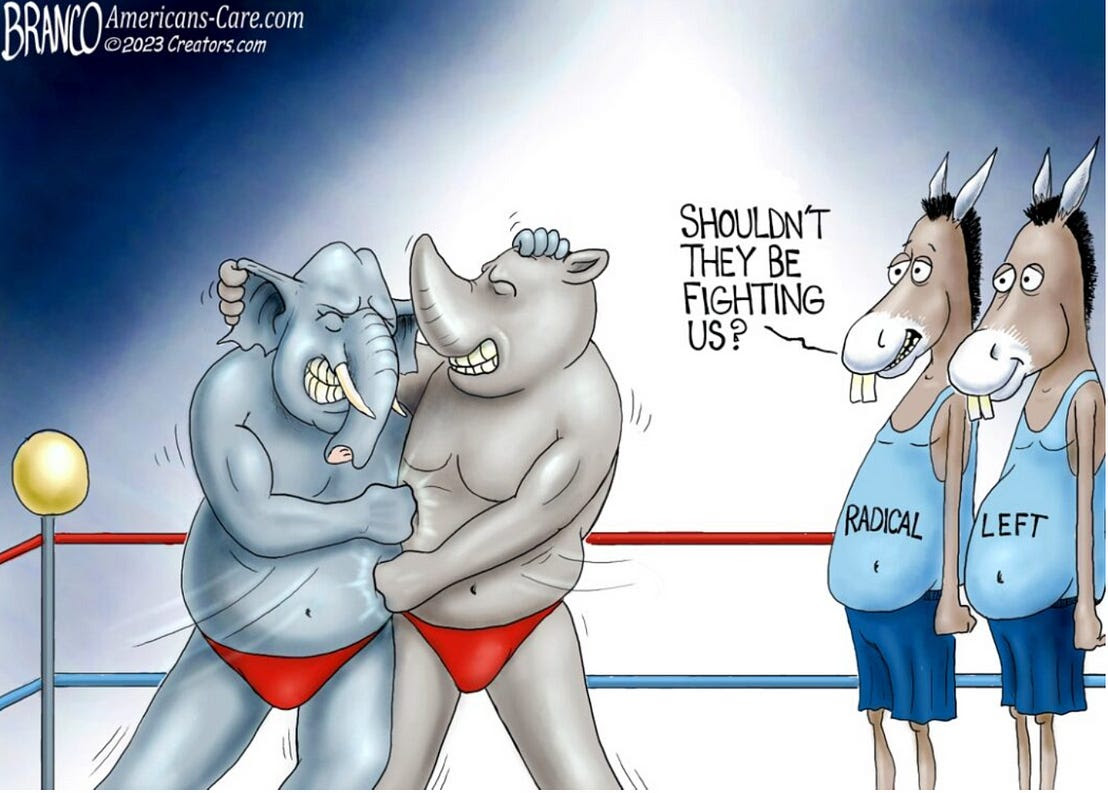 Majority Leader of the US House of Representatives.
https://www.weforum.org/people/kevin-mccarthy

"I got my first shot of the COVID vaccine on Friday, and I'm feeling good," McCarthy said in a statement.

"Democrats and the media scoffed when @realDonaldTrump said we'd have a safe and effective vaccine this year, but he kept his promise!" he tweeted.

WEF's Klaus Schwab is Jewish; his mother a Rothschild

Victoria Australian Stasi finding it hard to recruit after 13% have quit
https://www.youtube.com/watch?v=bshtXjHkWCo
Many didn´t like enforcing Commie COVID protocols like you can't sit on a park bench 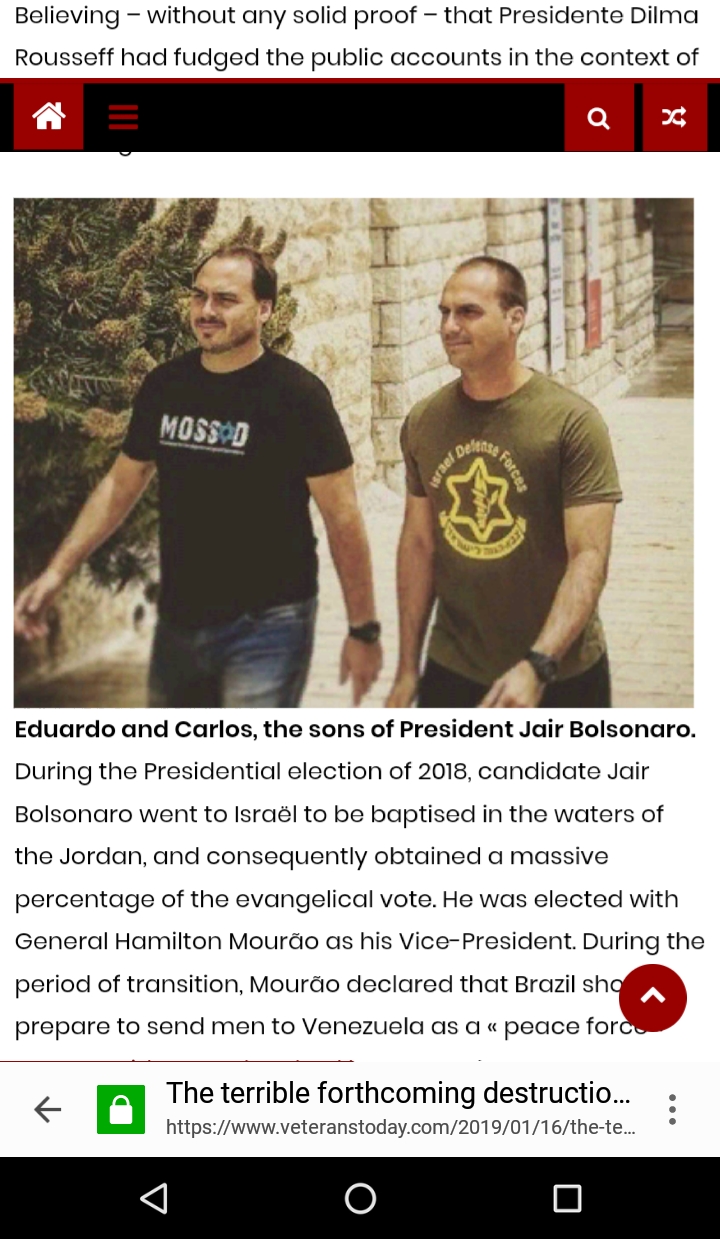 Brazilian President Jair Bolsonaro stepped down on December 30, 2022 and acknowledged defeat to socialist and convicted criminal, Lula da Silva. Bolsonaro said he had no support from other parties, parliament or any of the supreme court judges for a military reaction to October's contested election result

Ed Dowd Says 7,500 Americans Are Killed or Disabled Each Day from COVID Vaccines

Financial expert Edward Dowd says that each day in America, there are about 2,500 excess deaths and 5,000 excess disability victims due to COVID-19 vaccines. Dowd analyzed the daily removal of 7,500 people from the potential labor pool and warned that the loss of life and increase in disabled people will result in a "decivilization" event as the the pillars of civilization slowly erode due to lack of a competent and productive labor force.
https://needtoknow.news/2023/01/ed-dowd-says-7500-americans-are-killed-or-disabled-each-day-from-covid-vaccines/
-- 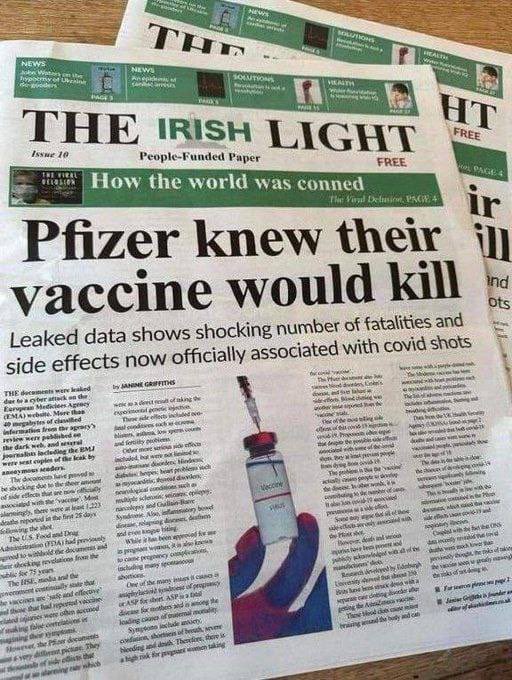 An influential group of 100 UK scientists and doctors have come together to write a letter for the incoming UK prime minister, urging an urgent pause to "the Covid-19 vaccine rollout for healthy children, while a thorough and independent safety review is undertaken."

The letter, which was written by the Children's Covid Vaccine Advisory Council, tells the new prime minister, "You have an opportunity to get ahead of the inevitable backlash by pausing the roll-out with immediate effect. This would be a risk-free action. Until then, the political risk and health risk of this policy will only escalate."

Read the letter to the new Prime Minister.

I don't see how people do not see Inflation as pure theft? The Bankers print money into oblivion out of thin air. Trudeau and others spend money they take loans out for that usually end up funnelling back into their pockets and cronies it seems. Inflation is simply another form of taxation, for which in the end the Bankers always win.