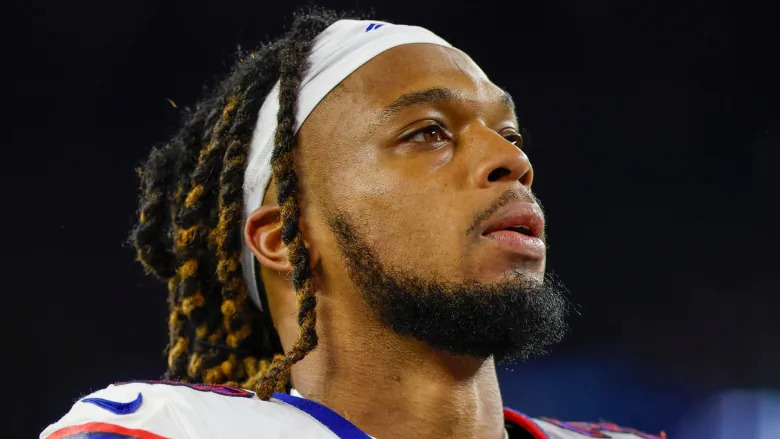 https://www.cbc.ca/news/world/damar-hamlin-heart-commotio-cordis-1.6702289
--
Reader--"Hamlin was vaccinated. The Buffalo Bills is a 100% vaccinated team. I also got a Twitter DM from someone who knows this for a fact who asked that I not disclose his identity. This is a shame since we know know, thanks to my readers, that there is no death benefit to the COVID vaccines.

For a short while this information was on Twitter, but almost immediately censored. Nothing has changed under Musk as you know, so well."
--
Jim Stone-
Probably dead but not admitted to by Jewish doctor who at least admits he's in a coma following cardiac arrest.
RUMOR: The game was cancelled because too many recently vaxxed players walked out. Games do not get shut down for injuries, which this still qualifies as.
Damar Hamlin of the Buffalo Bills collapsed on the field and died after successfully completing a tackle while playing against Ohio and it's an obvious clotshot death, there were no serious hits, he got up, and then collapsed and died of a heart attack. Probably knocked a 4 foot long clot loose and it plugged the heart. Game Cancelled.
He had just completed a totally mundane tackle. The media, NFL, and entire vax wagon is now trying to claim he took a massive hit to the chest and that triggered cardiac arrest. That is a lie, nothing "hit him" and if that normal tackle could trigger cardiac arrest there would be no game called football. There would also be no such thing as airbags and shoulder belts.

I'll say it like it is: The entire Covid scam was a plot by the Jewish people for the purpose of getting the goy to accept a malicious shot designed and tested by the Jews on Palestinian prisoners. There were no blunders and no mistakes made, the entire situation was a malicious fabrication. 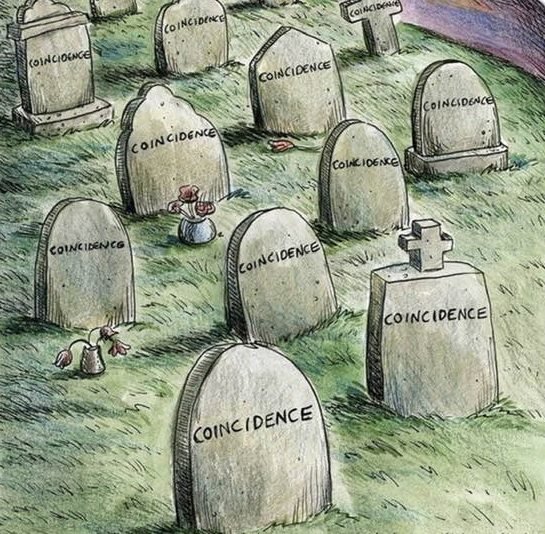 (credit- Jim Stone)
It's not the "Jewish people." It's the Rothschilds and everyone in their pay! (That means practically everyone in power.)
--
--
Peter McCullough-Interpreting Damar Hamlin's Sudden Collapse
petermcculloughmd.substack.com/p/interpreting-damar-hamlins-sudden

stephenlendman.org/2023/01/03/nfls-damar-hamlin-kill-shot-victim
Stephen Lendman - After seasonal flu was deceptively renamed covid with the worst of diabolical aims in mind, professional and college sports went along with the mother of all state-sponsored scams -- including the NFL and its players association.


Players, coaches, trainers and other team staff were urged to be jabbed with what's crucial to shun.

https://www.thelibertybeacon.com/mp-says-covid-19-is-a-manufactured-bioweapon-and-security-services-knew-about-it-in-august-2019/
--
COVID HOAX - Forgotten but not gone
40% of Chinese infected with Covid? in last month
In China 600 million people, or 40% of the 1.4 billion population, have been infected by the coronavirus over the past month and the number will probably reach 1.1 billion in the coming weeks, said some medical experts. Experts disagree on which deaths should be blamed on Covid, but reports of over-stretched funeral facilities tell a story.

https://asiatimes.us14.list-manage.com/track/click?u=2049a8663daea00bd30c32cf2&id=4235f523ab&e=b1c2a19f09
--
Shithole UK-
'We can't do this EVERY winter': Fury over Government plans to bring back Covid-era measures to avoid full-blown NHS meltdown - as zealots demand masks in public, WFH by default and return of social distancing
Covid-style measures COULD return 'under official plans to save the NHS'

Ministers are said to be considering issuing fresh guidance to wear masks on public transport, work-from-home and socially distance if pressure on the health service continues to rise. Hospital bosses have already warned the crisis will continue to Easter. Some experts have advised that Britons should already start limiting their contacts and not going into the office to limit the spread of winter viruses.
Is Covid about to run riot in Britain? And could pandemic-era measures really make a comeback? Everything you need to know about current virus situation 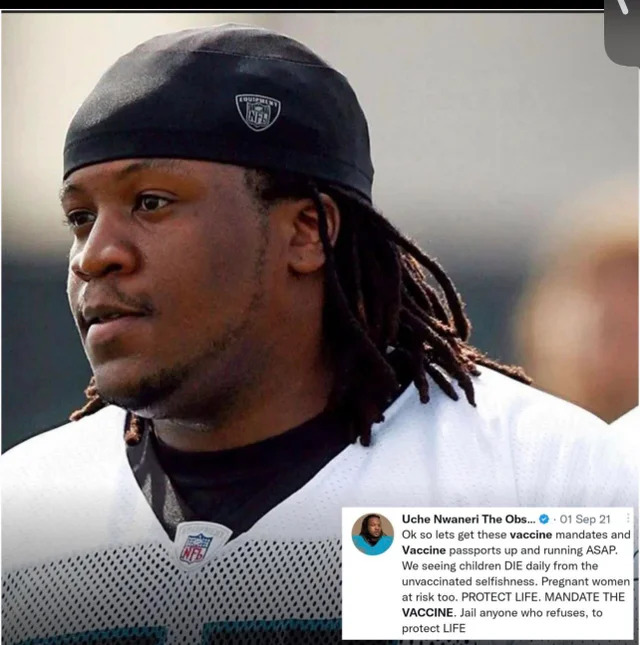 "I am to take a course of such training (with reports documenting my "progress" or face an in-person tribunal and suspension of my right to operate as a licensed clinical psychologist."
--
As 2023 dawns, Canada's top soldier confronts a long list of worst-case scenarios
The world passed a geopolitical 'turning point' in 2022, says Gen. Wayne Eyre

Last October, he told a Commons committee that the West was already "at war with China and Russia" and that the two global powers were out to remake their world in their own political image.

Klaus Schwab reveals his vision for mankind: Just 10 years from now we will all be genetically edited and have microchips in our brains that are connected to the internet 24/7. We will be connected to each other and form a giant hive mind. Isn't that a description of the Borg? 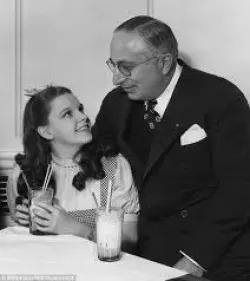 The Casting Couch of Hollywood's Jewish Phallocrats
Upton Sinclair once remarked, "Jewish traders sold Christian girls into concubinage and into prostitution, and even today they display the same activity in the same field in southern California where I live."

F. Scott Fitzgerald summed up the Hollywood scene of his era: "A Jewish holiday, a Gentile tragedy" (Gabler, 2).

https://www.winterwatch.net/2023/01/the-casting-couch-of-hollywoods-jewish-phallocrats-2/
Weinstein was no exception.
--

Congress must pass legislation to stop state governments from trampling parents' rights to protect their kids from radical sex theory.

Is it because I trace everything to the Rothschilds?

Top Rabbi Calls on Jews to Flee Russia Before They Start Getting Blamed for not supporting Ukraine War, by Andrew Anglin - The Unz Review
https://www.unz.com/aanglin/top-rabbi-calls-on-jews-to-flee-russia-before-they-start-getting-blamed-for-ukraine-war/
-- 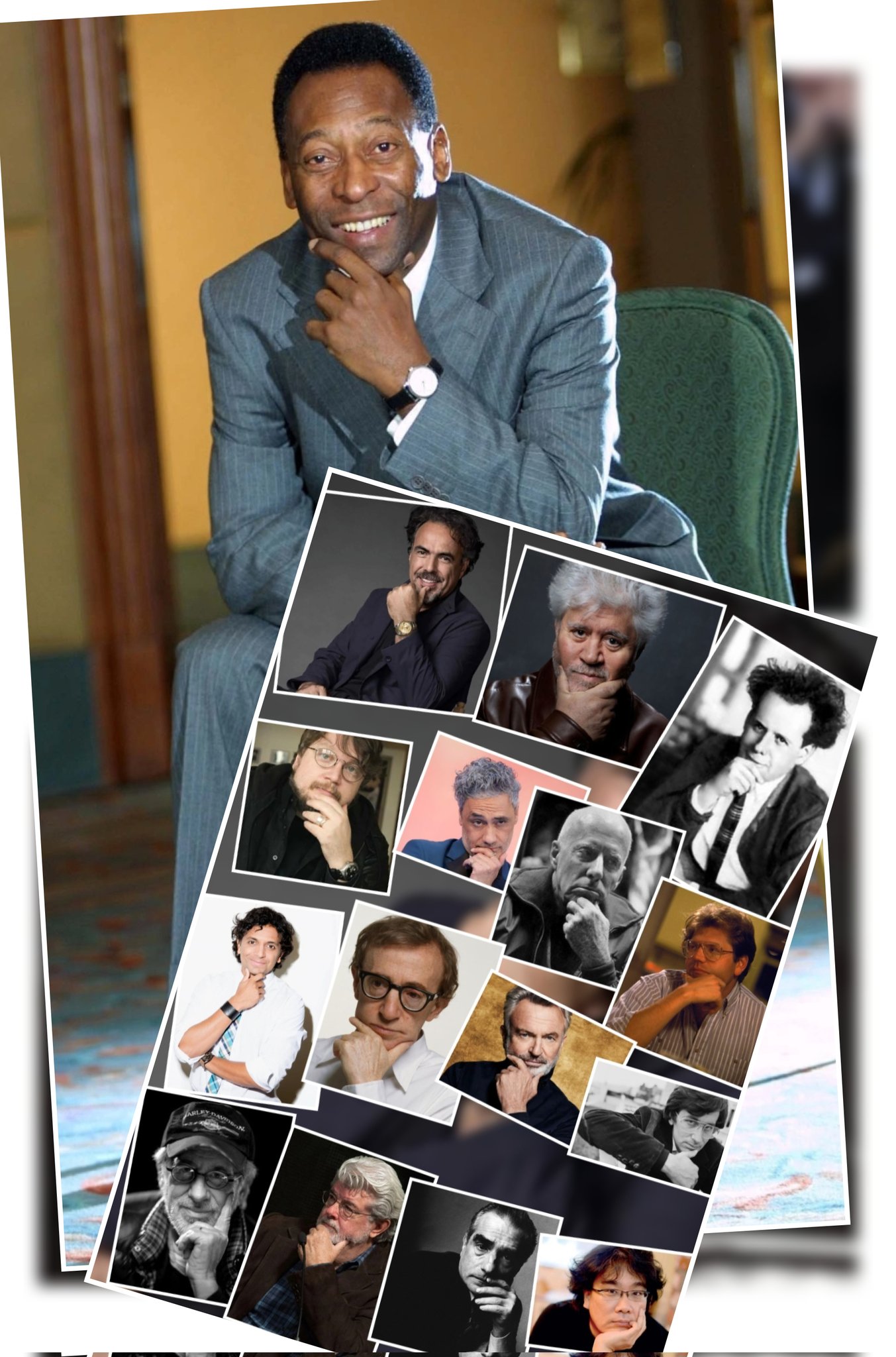 (left, Masonic hand sign outs Satanist traitors)
Abp. Viganò: The COVID pandemic farce served as a trial balloon for the New World Order
"And yet, precisely at a time when it is difficult to find authoritative points of reference - both in the religious sphere as well as the temporal one - we see an ever-increasing number of those who are understanding, opening their eyes, and recognizing the criminal mind behind the evolution of events. It is now clear that everything is linked together, without having to dismiss those who say so as "conspiracy theorists." The conspiracy is already there: we are not inventing it, we are simply denouncing it, hoping that people wake up from this suicidal narcosis and demand that someone put an end to the global coup.

Russia will enact martial law, close borders for military-aged men and start a new wave of mobilization In early January

The Justice Centre says its president was 'held in jail for 23 hours in an isolated cell without a cot, mattress, blanket, or even a pillow.'

"FTX was laundering money from Ukraine and moving millions to donate to Democrats in the 2022 midterms...Ukraine funnelled millions, if not billions, of international donations into FTX, Bankman-Fried's company before it went belly-up." SBF donated at least $40 million to Democrats in the last election. 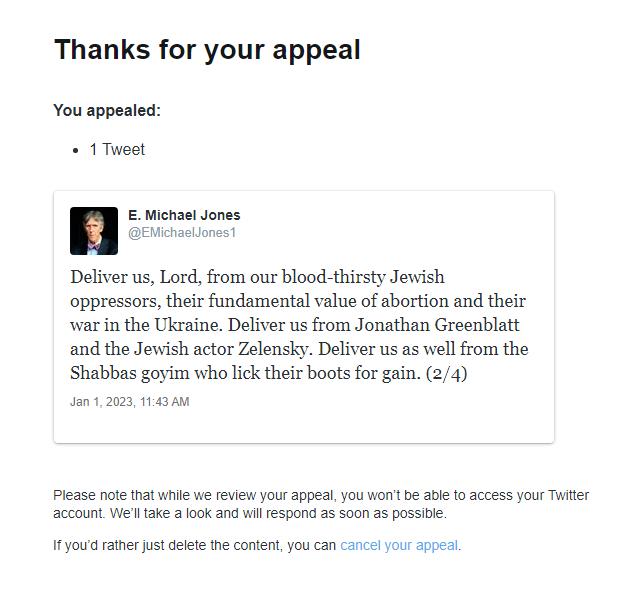 Covid19 is not a real human virus and the so-called vaccines are meant to KILL YOU!!
https://www.brighteon.com/e309bcb9-ee04-4d6e-b4bf-fc98c59d920e
--
Catherine Austin Fitts
https://www.brighteon.com/new-search?query=catherine%20austin%20fitts&page=1&uploaded=all&duration=all&sort=best_result&type=all&quality=all&channelPage=1
http://snippits-and-slappits.blogspot.com/2023/

I think you're banned on Twitter because you are a Jew telling the truth about Satanist Jews. Even though a few others are doing thattheir work doesn't come with the same personal touch that ignites yours with real experience and connection. Yours is very layered; never black and white, too academic to be dismissed, so they dismiss you, ban you, attempt to erase you. Truth will always bubble to the
top. They'll never be able to put the lid on that. Hey Henry, fk'em.

was watching this game the other day and it didn’t look to me that Hamlin suffered a big direct hit. My immediate thought was the clot shot.

If the NFL cared about their players, they would have not mandated vaccinations. All of the players are now subject to the same risks.

I have little respect for anyone in the medical field. They have all been compromised by the corruption of the pharmaceutical industry. The good medical people have a very difficult time just to keep their jobs.

People have been threatened with losing their jobs or lucrative careers if they don’t get a vaccine. The medical profession is run buy very corrupted people and it is a form of Nazi style genocide.

There is also the question of credibility of advice from doctors. If they are this evil with vaccines, then what else are the screwing up?