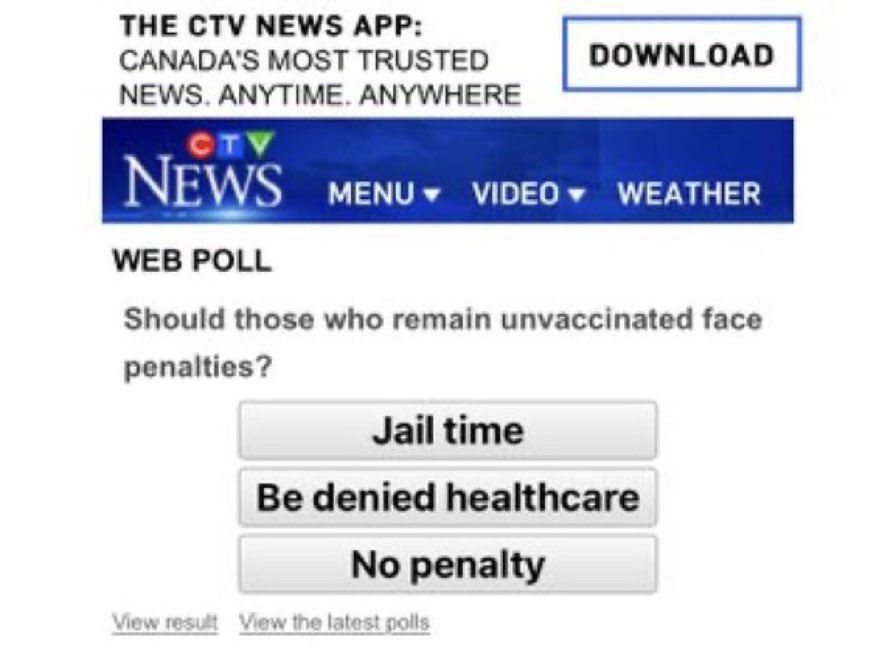 Every social institution has been discredited by the COVID Hoax starting with government, medicine, mass media, justice, law enforcement, education and church.
Jewish News Director Takes Ownership of COVID scam; compares resistance to "Vaccine" Genocide to Antisemitism
Please send links and comments to hmakow@gmail.com
"We will not be intimidated: A New Year's message from our newsroom"
by Ethan Farber, Jewish News Director at CTV Vancouver
@ctvethanfaber
"It was that story of early 1940s anti-Semitism that came to mind last February when I looked out the window in the CTV Vancouver newsroom at an angry crowd that had gathered on the street below to protest our journalists' coverage of the COVID-19 pandemic. People in the crowd were calling us "vermin." One guy even wrote the word on a sign he was holding up. Vermin - you know, like rats in a sewer." 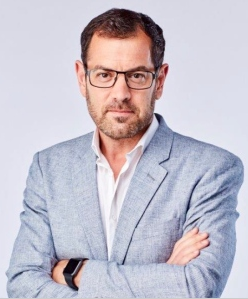 (left, Farber in Masonic sign of recognition. Cabalist Jews think holocaust gives them licence to kill goyim. )
https://bc.ctvnews.ca/we-will-not-be-intimidated-a-new-year-s-message-from-our-newsroom-1.6213153
Natalie--17,000 MDs have just signed a letter demanding that the vaccines be stopped because they are dangerous and unsafe. Is CTV going to cover that? Of course not because your "ethics" don't allow you to cover a story that is contrary to Trudeau's narrative and Pfizer wouldn't like it.

Lion--I was so excited to see this headline - I thought it referred to those who were arrested for peacefully protesting, denied bail; $50k fines for not using ArriveCan; lawyers arrested, citizens losing jobs, pension, EI; a tax on the unjabbed.
But alas, it was just for yourselves.

Latest Rasmussen Reports: 'Died Suddenly'? More Than 1-in-4 Think Someone They Know Died From COVID-19 Vaccines
Nearly half of Americans think COVID-19 vaccines may be to blame for many unexplained deaths, and more than a quarter say someone they know could be among the victims.
https://www.2ndsmartestguyintheworld.com/p/latest-rasmussen-reports-died-suddenly?utm_source=substack&utm_medium=email 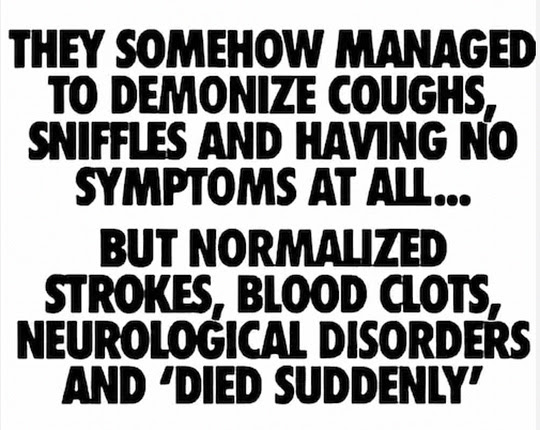 The FDIC's Systemic Resolution Advisory Committee (SRAC) held a meeting in November to discuss how the next market crash would occur and what steps would need to be taken to ensure not everybody tries pulling their money out of the financial system at the same time. One FDIC member noted that while institutions will soon be able to figure out the dire implications of a financial collapse, the general public should not, because that would lead to "unintended consequences." The FDIC insures $9 TRILLION of bank deposits with only $125 billion worth of assets.

Professional Criminals are in Power

Viewer- "Whitney is the most brilliant human I've ever listened to. I knew the corruption in government perpetrated by those in charge was rampant, but Whitney has exposed how deep and wide it's tentacles have gripped every aspect. I only wish more sheeple would get informed and wake up before it's too late. Certainly, not enough people know Whitney or her amazing work. 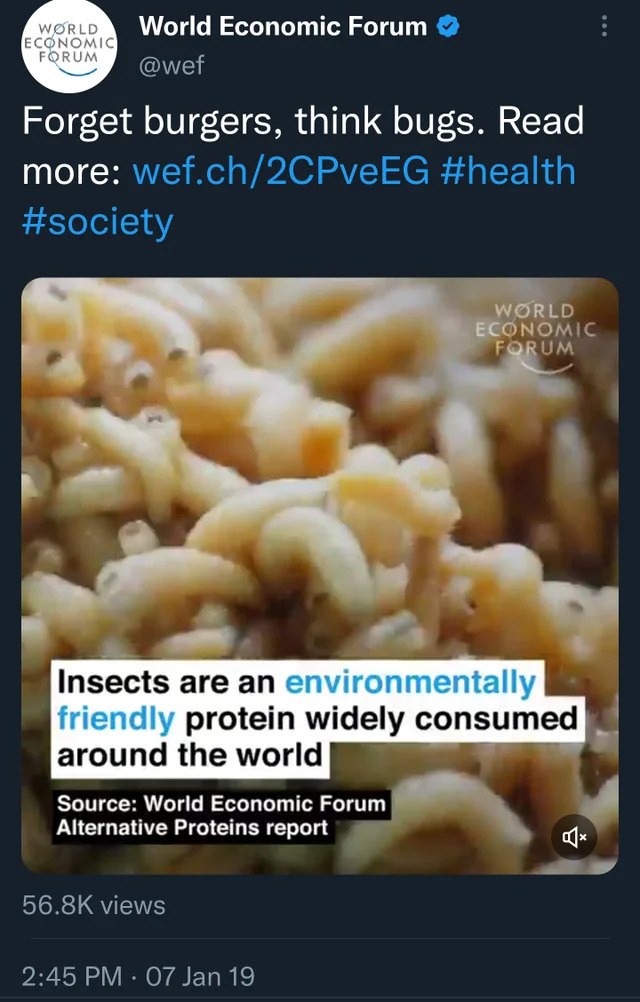 Do you know anyone still thinking of taking another jab? Can they afford two minutes, that might save their life? Please share this message from Dr Yeadon..

https://article.wn.com/view/2022/12/19/Neil_Oliver_What_should_be_THE_biggest_story_in_the_UK_1800/
What should be THE biggest story in the world' @thecoastguy in a powerful and extraordinary call to action on the covid mRNA vaccine scandal. 'They (politicians & media) may keep their hands over their eyes but we can see them & the silence ...
MORE
----- 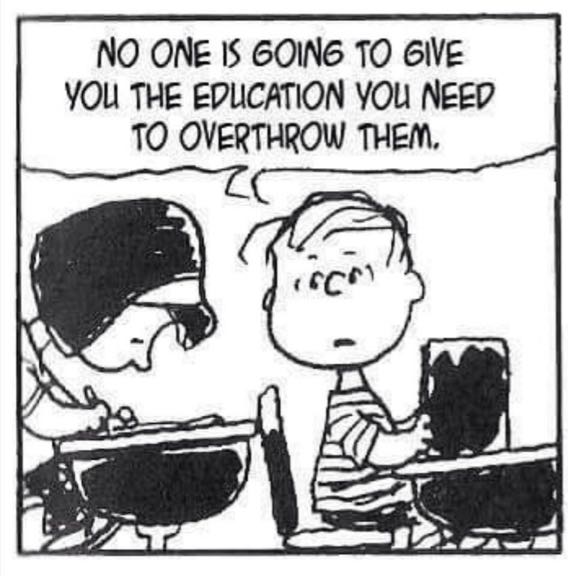 America's universities are now knives at America's throat.  They are centers of anti-American revolution, not centers of learning. Two generations of young have been deracinated.  The break in the transmission of the culture is likely fatal to the continued existence of Western civilization.

https://henrymakow.com/002046.html
-----------
"Thanks to Obama, it is perfectly legal for the media to purposely lie to the American people," reads the text inside the image. "He quietly signed into law HR 4310 in 2012, allowing propaganda to be used on the citizens of the USA by its own government, essentially repealing the Smith-Mundt act of 1948, banning the use of domestic propaganda."
www.bitchute.com/video/wukk5nTlP0a9/  THE FRANKFURT SCHOOL - ARCHITECTS OF WESTERN DECLINE. 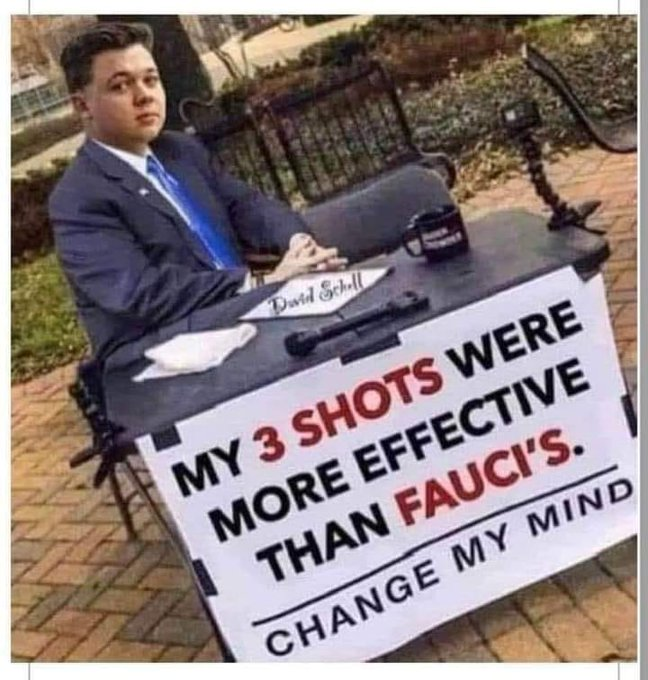 Ed Dowd: The Employed Population Has Basically Been Poisoned