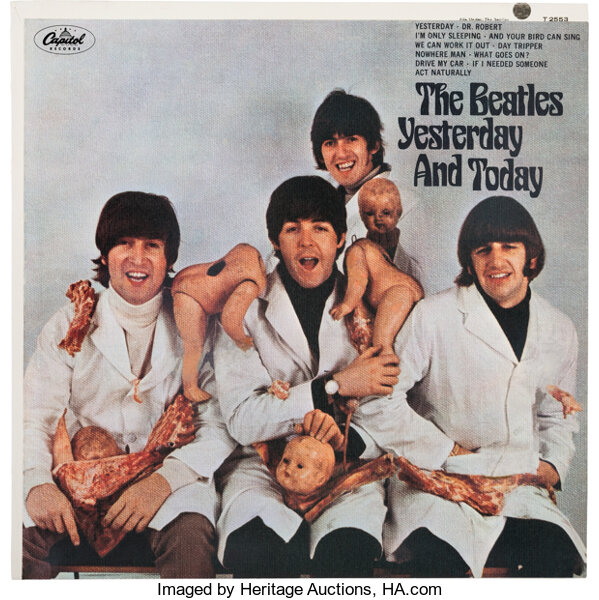 John Lennon was murdered after he decided to reveal McCartney's death and replacement. MI-5 had threatened him with death if he exposed it.
The blood and gore on this cover reference the horror that the three surviving Beatles felt when they saw Paul McCartney's decapitated body in a London morgue in Nov. 1966. (See the head on Paul's lap.) Many songs on this and subsequent albums revealed their grief and provided clues to Paul's death in an auto crash. John Lennon's music became a dirge to Paul. He revealed the accident in the lyrics when played backward. John's grief was such that he wanted the Maharishi Mahesh to transfer Paul's soul into Campbell's body.
Please sent links and comments to hmakow@gmail.com

"THE LAST TESTAMENT OF GEORGE HARRISON:

This mind blowing documentary by Joel Gilbert smacks of an Intelligence operation but I believe it is 80% true and casts the Beatles in an entirely new light. The documentary claims:

Paul McCartney was killed when Rita, a female fan he picked up, went berzerk with excitement and caused him to have a fatal accident. This is suspicious since Paul was mangled but Rita escaped injury-free.

MI5 got a replacement, William Campbell, because they feared hundreds of teenage girls would commit suicide on the news of Paul's death. (Ridiculous BS. What was the real reason?)
https://www.bitchute.com/video/XDxPh6ft018i/     (Video, 1.40 min)

The current Paul McCartney is really William Campbell
Jim Fetzer suggests this may be a limited hangout  --"I have watched this over the past few days. It is brilliant but omits that MI-5's Maxwell (using a silver hammer from the Vatican) killed Paul, as Richard Balducci has discovered. The rest is consistent with what else I know about Paul's death and replacement. Here's one of many shows with Richard: https://www.bitchute.com/video/t6oOiV1E6Vdj/ Otherwise, this provides some fascinating details, including revelations about Heather Mills I did not see coming."  (Makow-Mills supposedly was Rita's new name but she was born in 1968. She could not be the woman who caused the accident and blackmailed Campbell, "Faul" McCartney, into marrying her in 2002. Why did police try to kill her in 1993?)

Makow- The premise that this information was on a tape George Harrison made in the hospital after he was attacked by a madman who broke into his mansion is hard to believe. It is far too polished and detailed to come from a man who had just been stabbed in the chest. Harrison believed that his decision to reveal the truth was the reason for the Dec. 30, 1999 attack.  I expect that this doc is largely true but as with limited hangouts, something important, the Tavistock connection? is left out. Why else would MI-5 be involved? However, contrary to reports that the Beatles were a Tavistock psy op, after Paul's death, John Lennon appeared to have complete creative control over music and album covers.
A Different Take on the Subject
A reader weighs in--There is a whole YouTube channel dedicated to this subject
"I've read the books and watched the clips; Paul McCartney died in '66, and was replaced. Much trouble in 1980 when "Paul" was arrested in Japan with Marijuana. His fingerprints didn't match his 1960 Hamburg arrest. "Faul"(fake Paul) is two inches taller than P.M. Jane Asher didn't marry the replacement. MI5 was at the lead, and the Beatles were never the same."
https://www.youtube.com/channel/UCm_dWI_238YoOo5pCi8RLwQ/videos
Another read-- would suggest your readers check out Mike Williams' research into the
entire Beatles conspiracy which goes far beyond the death of Paul
McCartney. 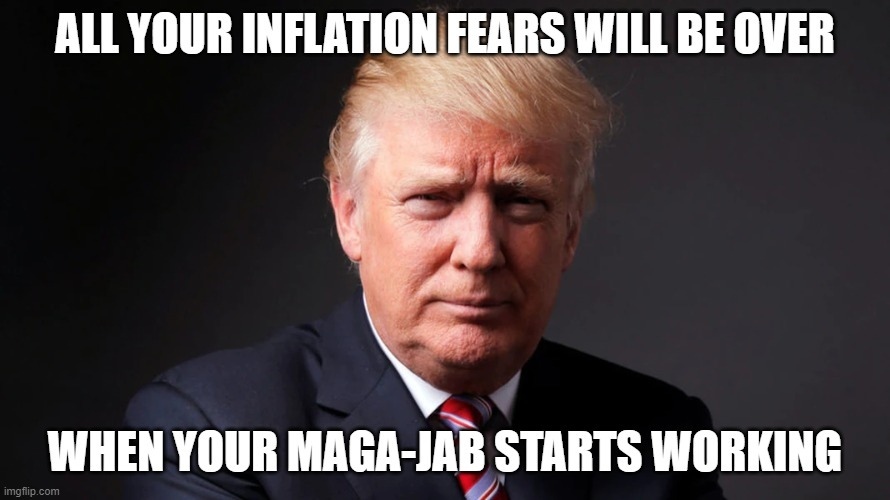 Everything from their development to their authorization to their approval to the mandates is a fraud, says pharmaceutical industry insider Sasha Latypova about the so-called "vaccines" for covid.

In a new hour-long presentation - watch it here - Latypova lays out the copious evidence she has compiled - including "receipts" - to show that covid injections are nothing more than a bioweapon that was unleashed on the world by the United States Department of Defense (DoD) via the corrupt U.S. Food and Drug Administration (FDA).

It turns out that covid jabs are not pharmaceutical products at all, Latypova found. Instead, they are military bioweapons.

While the world has been led to believe that the likes of Pfizer and Moderna are responsible for these deadly shots, the head of the snake looks to be the DoD and other military-industrial complex actors who made them "toxic by design."
-- 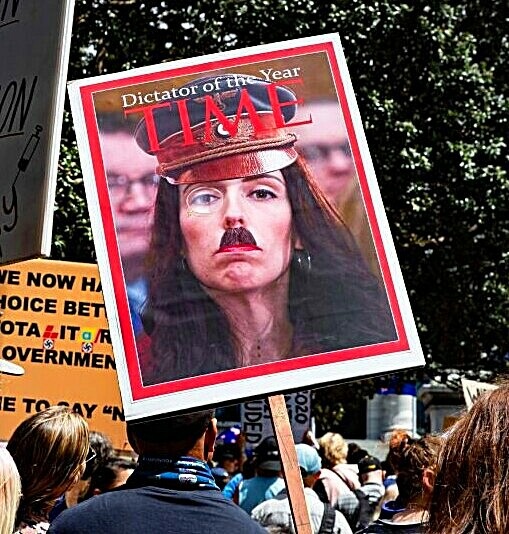 The rats are deserting the ship

Jacinda Ardern has choked back tears as she announced her resignation as New Zealand Prime Minister in an emotional press conference.

Finally ethnic minorities are speaking up--

What are We Doing to White People? 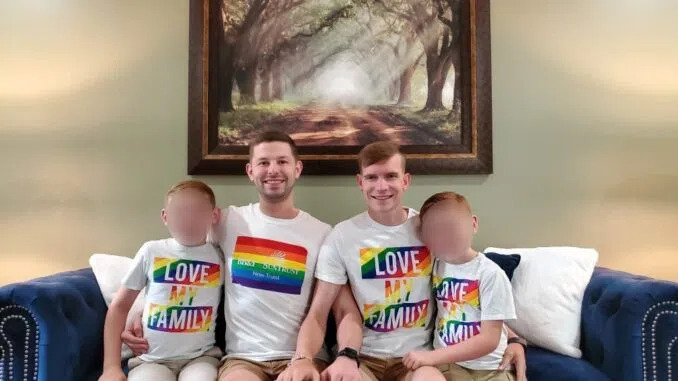 Two media darling LGBT+ activists have been arrested and charged with a sickening array of child rape crimes after an investigation into a suburban LGBTQ pedophile ring uncovered horrors beyond the imaginations of any normal person. 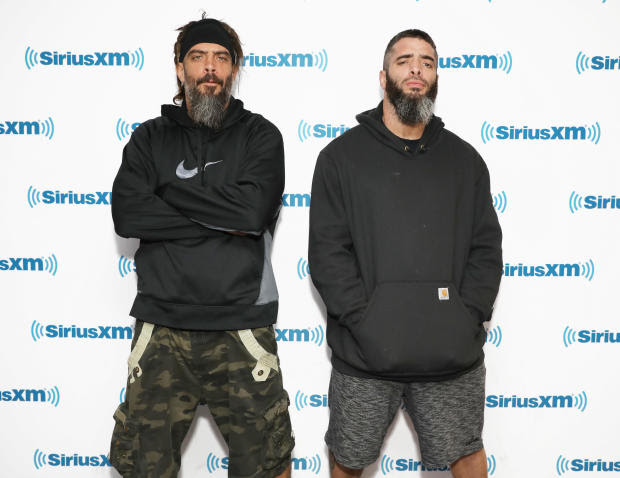 Jay Briscoe, left, Ring of Honor pro wrestling star, dies at 38
https://www.cbsnews.com/news/jay-briscoe-dead-at-38-wrestler-the-briscoe-brothers-mark-jamin-pugh-ring-of-honor/
--
Elon Musk got the "Jew call."
Why Henry Makow is the only conservative still banned by Twitter

Rebel News confronts Albert Bourla in Davos--Reader-"He asked him all the questions the MSM won't ask about the jabs.  It was priceless!! Should go viral"

As Trudeau's motorcade made its way through the city, a sea of furious protesters blocked his path, refusing to budge until Canadian citizens met their demands for change. The crowd held signs high and shouted slogans with one united voice. 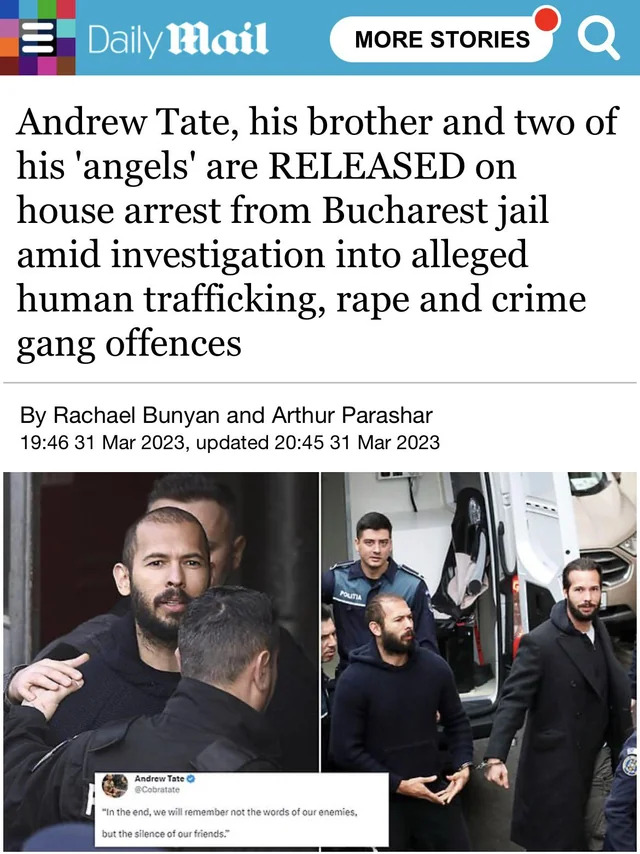 Ripping a hole in the "narrative" - Accused of sex trafficking
https://www.youtube.com/watch?v=9gHwe180s-U

Regarding your recent article on the awful Beatles, are you aware of the connection of the Fab Four and their friendship with Jimmy Savile? Together they visited child brothels. Jimmy was a huge influence on dear old John Lennon--and it showed.

I was fifteen when the jerks hit our shores and I was never impressed though I had to pretend I was to fit in with my contemporaries, though I never stooped low enough to buy Beatle music. I preferred The Hollies and The Yardbirds, British groups who actually had talent!

I haven't watched that video from the beginning to end but what I saw was enough to make the reasonable assessment.
BTW, it's really not necessary to watch any full video to convince me that 2x2=5. It's a loss of time.
The must of watching full video is an empty argument.

I do know that fabricating the second Paul McCartney is simply impossible. This man is a legit musician and vocalist. Noone can fake him. I have 40 years of experience as a musician. It's ridiculous.

I know there's a lot going on about the Beatles. Popularity makes political attraction. I personally don't support any of their social or political claims. They were naive kids.

AND NOW!
THEY produce the fake conspiracy theories to ridicule the independent media.
I think you have fallen into that trap.
The best example of producing the fake conspiracies is Fake-Moonlanding.
All that activity is typical Jewish work of disinformation.
All we have to do is to separate the wheat from the chaff.

The theory that all four Beatles were replaced