Konstantin Kisin | This House Believes Woke Culture Has Gone Too Far - 7/8 | Oxford Union
Please send links and comments to hmakow@gmail.com
Konstantin Kisin is emerging as a Russian Jewish Jordan Peterson, a Conservative who has garnered wide mainstream acceptance, as this refreshing speech to the Oxford Union, posted on YouTube, testifies.
Like Peterson, he can't mention the Masonic Jewish (Satanist) central banking cartel, (the cancer destroying Western civilization,) or the "vaccine holocaust,"  but he does maintain that racism would disappear if people were judged by their individual character and not their gender or skin color. Free Speech is the basis of Western civilization, he says. Billions of people who are still living in poverty and malnutrition will not be denied because of climate change shibboleths. Woke activists only know how to criticize and destroy, not to build.
I sense a sea-change. The "woke agenda" is on its back heels. Why these rays of sanity? Have the Communists given up? No, they need to reestablish some facsimile of social cohesion in advance of a possible world war.  What do you think of KK? Will we have a return to sanity, and why?
KK and JP are false opposition but they remind us we are in a battle for the Truth. Not just a battle for our bodies, but a battle for our souls. We are being attacked by vampires. We're not allowed to identify or speak of them in the public square.
We all must affirm the Truth, no matter the cost. Nothing so lifts the spirit. Let's all lift up our voices and proclaim the Truth.
The sooner mankind learns that we are all really one Spirit, the sooner we'll pump out the bilge and re-float this sinking vessel called civilization.
The best video on weather change that you'll ever see
--
Reader reaction- Hi Henry.  That was called a "brilliant speech?!!"  I disagreed with this British satirist speaking at Oxford, aka Tuxedo Land.  I don't like bow-tie guy's condescending and slick rhetoric.  He's as bad as those on the other side of his argument.  He refers to "poor people" as not caring about the earth, or in his own words, "people who couldn't give a sh*t."

Poverty doesn't create stupidity, in fact in some cases it creates profound intelligence and reveals genius.  And he calls a working person a "work idiot."  Humor, I know, but none-the-less, snobbish.

Best speech?  I think not.  Rather it's a speech to uphold his personal comfort zone: status-quo.  No mention of the demonization of CO2, or of all the mismanagement of resources, or all the climate manipulations.

When Thomas Paine wrote Common Sense, it was as if he was begging us to not overcomplicate things.  To use reason and sound judgement. And what do we get?  Not just over complication but lies.  Lies, and maneuvers to perpetuate lies.  And how come the big picture always leads back to genocide?  Oh that's right.  They need rid of us.
---------------
An Australian man hunts down the doctor that gave one of his family members a COVID "vaccine" that ended their life.
Breaks car window.
https://gab.com/Breitnigge8816/posts/109694671592225148 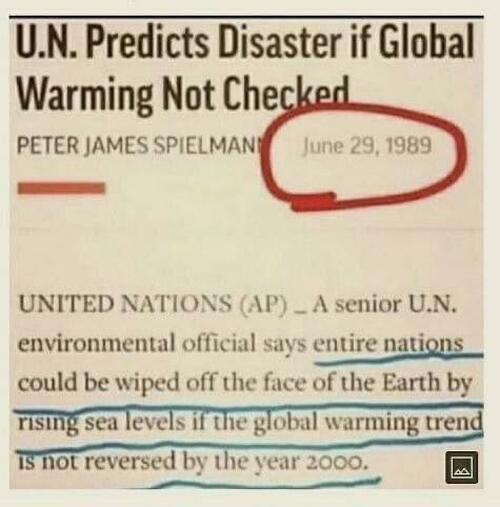 PJW - Thousands of private jets set to touch down in Davos
https://www.youtube.com/watch?v=aRrWROlEoys
They know climate change is a giant scam to transfer $ from the middle class to them. The US created more cash in the last two years than in the best 100 years.
--
We Are Not Afraid': 80,000 Israelis Protest Extremist Netanyahu Gov't in Tel Aviv

Saturday's protest in Tel Aviv against the far right's planned judicial overhaul saw a four-fold increase in numbers from last week, despite occasionally heavy rainfall, with smaller but sizeable showings in Jerusalem and Haifa too

OnlyFans -- the internet stripper platform dominated by 'sexfluencers' -- isn't seeing a slowdown even as tech slumps.

Since 2020, the platform has delivered at least $500 million in net earnings to its owner, Leonid Radvinsky. Gan says the number of content creators has expanded to 3 million this year. These "sexfluencers" combine sexual content with traditional online influencer models to generate up to $900,000 a month.

Rothschilds bailing out FTX-SBF?  Money is no object when you create it out of thin air

According to reporting by JustTheNews, this is a stunning thing to come up with, even as the company has positioned itself as needing more funds to pay out all of its investors and stakeholders. It seems to be the company's advantage to suddenly produce these kinds of funds. The judge, in this case, agreed to seal the names of FTX clients for another three months. The total number of customers of the FTX exchange is estimated to be approximately 9 million.
--
Mayor Eric Adams Says New York City At A 'Breaking Point' As Migrants Continue To Arrive At Record Pace

New York City Mayor Eric Adams is finally experiencing what people who live near the border have known for years. Adams says New York is a..
http://www.stationgossip.com/2023/01/mayor-eric-adams-says-new-york-city-at.html
-- 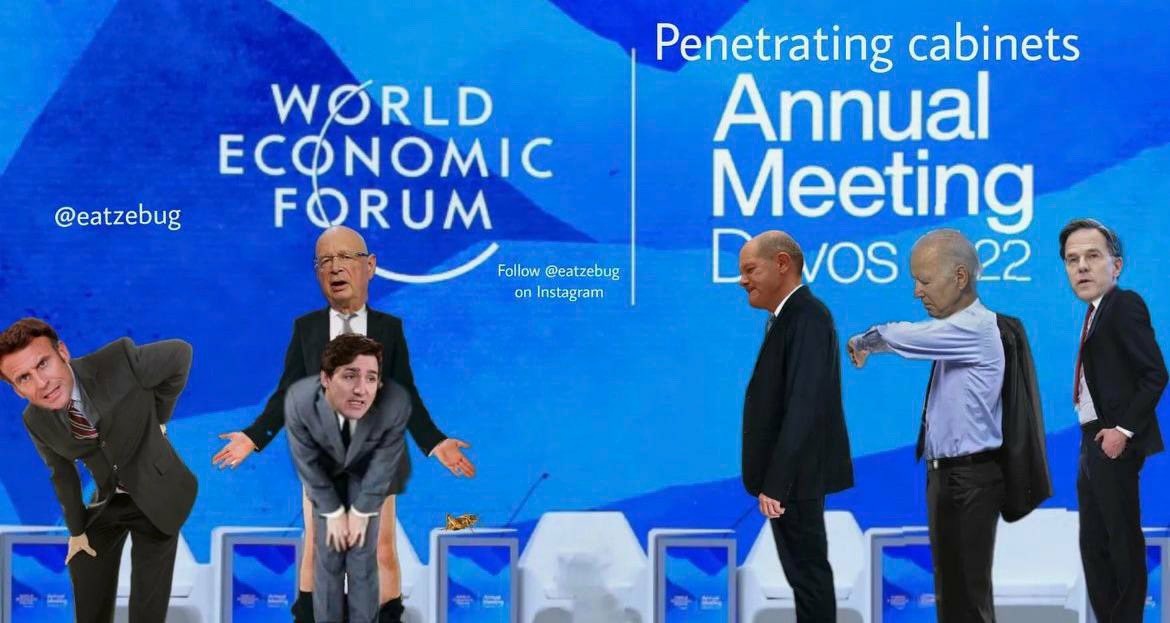 OUR OWN GOVERNMENT IS OUR ENEMY!!! .....AND THESE 74 ILLINOIS SHERIFF'S KNOW IT.  LET'S HOPE THIS SPREADS TO EVERY SHERIFF IN AMERICA.
https://abcnews.go.com/US/74-illinois-sheriffs-departments-vow-defy-new-state/story?id=96384352 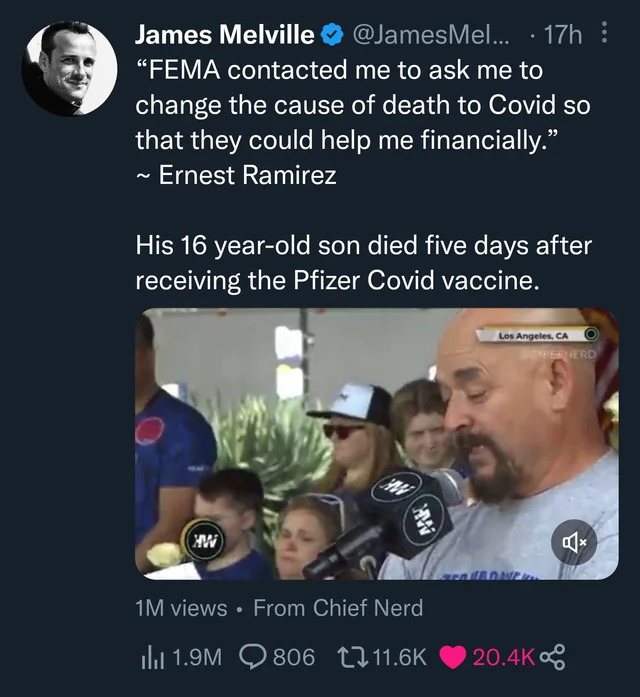 Man with Jesus Saves shirt thrown out of Mall of America for not removing it.  You Tube.
https://www.youtube.com/watch?v=AuZvjaXEpzM

Candace Murley Vaccinated TicToc star passed away after hearing "voices in her head".....yup

Gorsad Kyiv is a collective of photographers that collaborates with the world's largest brands. Apparently, everybody's ignoring the fact that their work revolves around the graphic abuse and sexualization of children. Even worse, some of these "models" appear to be actual victims of child trafficking. Here's a look at Gorsad Kyiv. The following pictures are proudly exposed in trendy exhibitions, major fashion magazines, and all over social media accounts.

They have to give vague answers because they cannot outright say that they're catering to sick pedos.
https://vigilantcitizen.com/vigilantreport/theres-something-terribly-wrong-with-gorsad-kyiv-and-its-somehow-worse-than-balenciaga/
-- 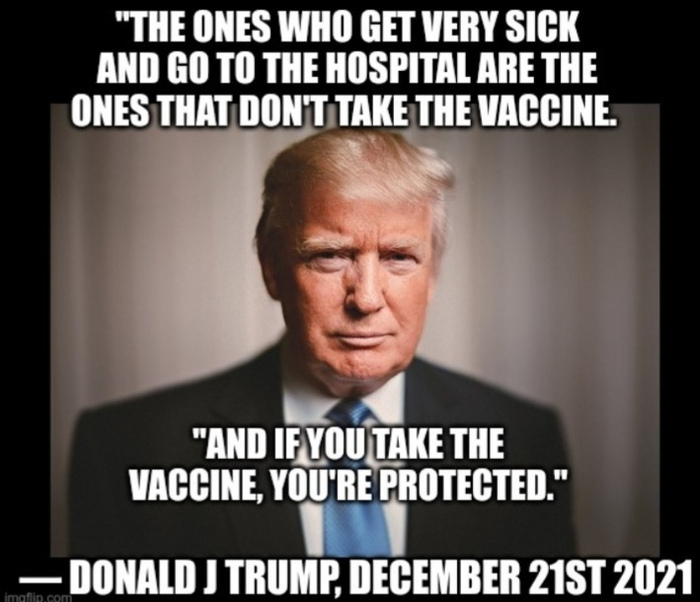 Brother Nathaniel- Trump Betrayed us All

Reader- "We waited with bated breath for Trump to save us from the disaster of a Biden presidency and he did nothing. He DID have his chance and running for office again will not succeed. Much appreciation for his contributions to our country but his moment is over. He blew it. He refuses to back down on the disastrous vaccine program, as well. Mainstream folk are starting to realize the jabs are poisonous and Trump has to know that, too, and says nothing."

The Scientific Formula to Have Free People Gladly Give Up Their Rights... and turn on their neighbors who won't conform
When a community or nation is exposed to a threat of a highly-deadly pathogen, at an individual level, the majority will each submit to an authoritarian government and condemn others for not doing so. 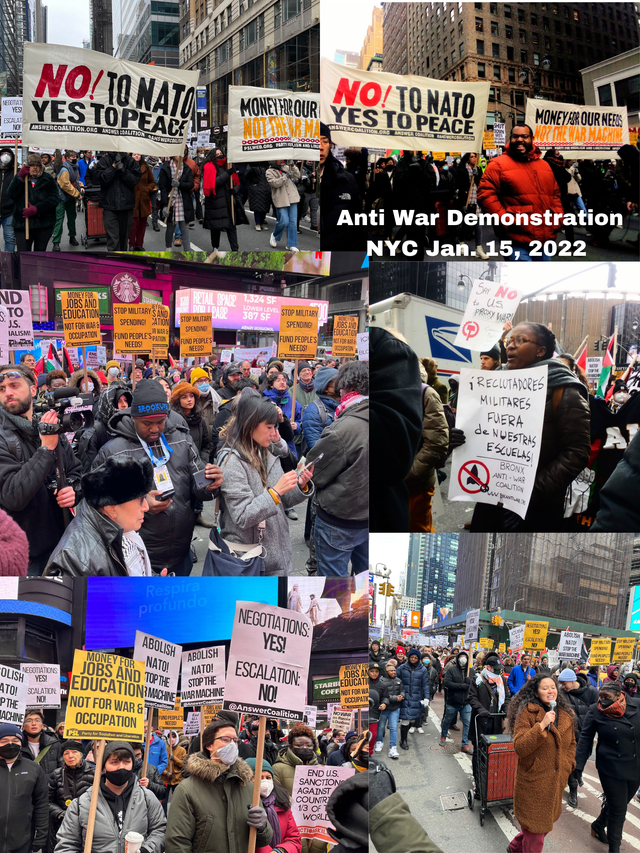 Antiwar Protests in NYC Not Reported in the Satanist media
https://www.reddit.com/r/conspiracy/comments/10ctqo5/antiwar_and_antinato_protests_in_nyc_jan_15_2022/
"What's Your Name Honey? Maybe I Can Have a Picture with You Before I Leave" - Biden Creeps on Girl at Baptist Church (VIDEO)
https://www.thegatewaypundit.com/2023/01/name-honey-maybe
--
American Idol contestant CJ Harris dies at age 31: The singer suffered an 'apparent heart attack' in his hometown in Alabama... after finding fame nine years ago by placing 6th on the competition show

https://www.dailymail.co.uk/tvshowbiz/article-11640737/American-Idol-contestant-CJ-Harris-dies-age-31-singer-suffered-apparent-heart-attack.html
---
Jim Stone says a genocide is happening in China
"The CCP is going around rounding up everyone who complains about being locked down. These are the independent thinkers. They are collected for "having Covid" and are then being offed in hospitals. Then they are sent to the morgues and processed like normal covid deaths. There is no major outbreak in China, but with proper management, "Covid has now killed 400 million". That is the entire story from start to finish, and it is a short one. "
http://www.voterig.com/.ur6.htmlhttp://www.voterig.com/.ur6.html
Stone also says Aussie MDs are being thrown under the bus, and are liable for not telling "Vaccine" recipients the gene therapy might kill them.
--