An Introduction to Veganism 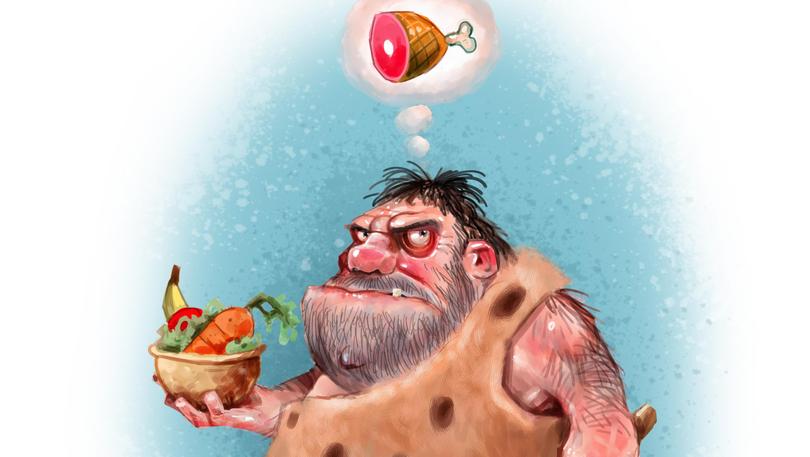 As this self-portrait indicates, I am a meat lover.
Nonetheless, YouTube videos
that show the rapport between
man and animals/birds/lobsters make
me feel like a cannibal.
They really are our brothers and sisters.
Being a hypocrite won't stop me from believing that mankind is the
steward of the animal kingdom, and animal slaughter
is the unnamed holocaust, perhaps our greatest crime.
For as long as men massacre animals, they will kill each other. Pythagoras
Veganism, Elitism and the Plant-Based Diet
by Mary S
(excerpts by henrymakow.com)
MOST of us have been born into this cosmic asylum and grew up under mass programming and hypnosis, one amnesic generation after another.

Most vegans today did not give up animal based foods because we no longer liked them.

The change came about from WITHIN when we've realized and connected the extreme injustice and cruelty and violence behind those glorified steaks, pizzas and ice creams.

But ever since the INTERNET came about, the programming started to gradually dissolve. For some of us faster, for others slower, depending on many personal factors and conditions. We now have unlimited versions of meats/deli, dairy, eggs and fish based old comfort foods...plant based, cruelty free, much healthier and eco friendly. 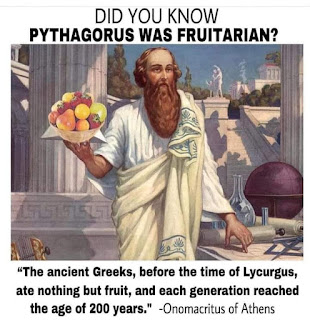 Let's start with a walk down a fascinating HISTORIC path on what humans have really eaten throughout millennia:

That is because we've been taught that our ancestors were mainly HUNTER GATHERERS and it is pivotal to unravel the TRUTH behind this myth and the reason why it has been propagated.

And also because most people assume that the VEGAN and PLANT BASED movements are some new, pompous and pretentious fading trends.

Next, it is of equal importance to clearly distinguish the difference between VEGANISM and PLANT-BASED DIET.

If you don't resonate with the term VEGAN/ism, try Compassion, empathy, kindness, Love.

What is Veganism and when was the term first coined?

Enter the PLANT BASED DIET

1. Definition of a plant-based diet

Therefore, we have 3 MAJOR aspects to shed light on: 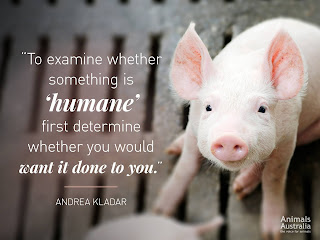 1) PLANT BASED EATING and Vegan aspirations are going back as far as humans' recorded history.

2) Although deeply embedded but suppressed within our consciousness, VEGAN MOVEMENT has been launched within the last few decades as an ETHICAL and PHILOSOPHICAL movement with a CRUELTY FREE diet and lifestyle (fashion and activities) as its epicentre.

3) A VEGAN diet could contain ANY food, raw, whole or processed, that is Not made of or with ANY animal based ingredients, where as a PLANT BASED DIET focuses mainly on WHOLE foods, as little processed as possible.

Therefore NONE are something NEW.

We are merely bringing back into main stream awareness, THAT which we've been doing and living throughout thousands of years.

Our planet, at its current population of 8 billion people, continuing with the animals holocaust behind our foods, is on the brink of self-destruction, ECO SUICIDE.

And this is above and beyond the CLIMATE CHANGE controversy, whichever your stance is. 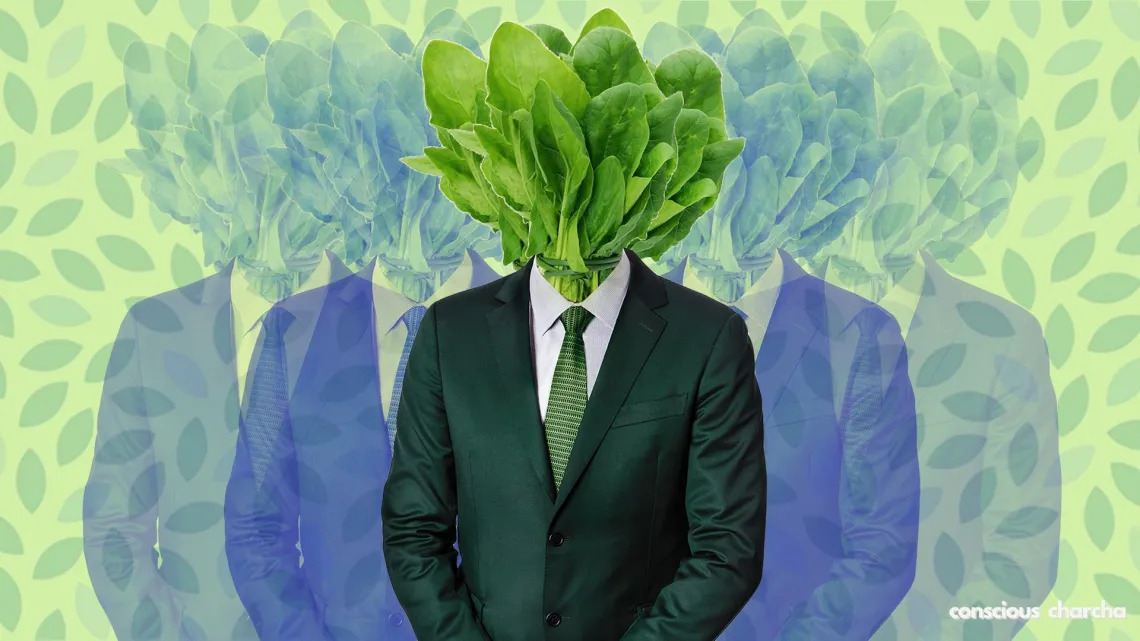 Truth is, we can no longer continue on eating and living like we don't care, simply because THIS planet is OUR VERY HOME and these are the very serious reasons why EVERYONE should become involved in becoming aware and spread this information:

There is NO SUSTAINABLE way of eating animal based foods

Nor HUMANE way of exploiting and killing other SENTIENT BEINGS

First Comment from Tony B
For some reason it is not recognized by vegans that PLANTS ARE ALSO LIVING THINGS.  God gave us both plants and animals as food, among other uses, but animals have never been more abused, specifically by the "for profit only" food cabals of today.  If people understood what is done to ALL things that become our food, especially our "supermarket food", they would seriously attempt to quit eating.  It is insane to stop eating meat and only eat GMO vegetables.  But, unfortunately, most of the food animals, like us, are fed GMO food every day.

For a practical matter, western "supermarket food" is not food by any description.  It's a major reason we are so sickly as a people.  But the "food" cartels are unbelievably profitable.  The local honest food producers have all been put out of business by cartel profit squeeze and/or government regulation as written by the "food" industry.

The farmers too have been co-oped. Most small farmers having to sell out to such as Bill Gates or lose the farm via banker mortgage.
--
John-
Hi Henry, Veganism is a life style pushed by the nwo to undermine our health and has nothing wse to do with the love for animals imho.
If the animals where treated good during their lives then there shouldn't be a problem. Problems arose when the MEGA farms came about.

Where do vegans get their collagen?? NOT from plants and when we get older our bodies make less and less from this stuff :(
No I am more then awake to know that veganism is just another psy-op.

I suggest you listen to Dr Natasha Campbell (look her up :)

Comments for "An Introduction to Veganism "

"I'm very happy you put up the vegan article, I really believe veganism is the way. I say this after 30 years of experience. The fact is that now the cult promotes it because for the time being, somehow, it fits in their agenda. This makes the movement a little suspicious for some people. But it's really a no brainer, it's much better health and no torturing and killing animals.

The argument against it about plants also suffering is plain stupid, since they are non sentient. "

My response to AI Thompson

AI Thompson here (AI could possibly stand for ARTIFICIAL INTELLIGENCE) since he completely lacks ANY natural attempts to debunk in a few dumb sentences, thousands of years of proved history that PLANT BASED DIETS have kept entire civilisations thriving for countless generations as well as producing the MOST BRILLIANT MINDS in known history (google FAMOUS VEGANS/VEGETARIANS)

intellectually speaking, him and those like him are living proof that animal based foods cannot possibly create intelligent beings

intelligence, whenever present within human beings is a Divinely bestowed trait and DESPITE lower vibrations dead foods it somehow manages to survive, wherever available

he also poorly attempts to dismiss his own anatomic, biological makeup which simply indicates that humans are not NEAR any carnivorous nor omnivorous beings (links provided in my article)

Also, IF animal based foods would make us smarter and healthier, this planet would not suffer from advanced and highly dangerous stages stupidity, nor it would be filled with hospitals and billions of chronically ill humans

for over a decade, millions of plant based diet humans are thriving and healing from a myriad of diseases

first the soul gets sick, then the mind, then the heart and the last is the body getting sick...

it is all very connected

by all measures, even the most die hard mind programmed and traditionally indoctrinated semi decent thinking average human SHOULD at least start CONNECTING the dots on so many evident facts and reasons why humans were never designed nor meant to live by killing other beings

as for plants vs animal foods (all links enclosed in my article), IF anyone is still unable to distinguish between potatoes and pigs, rice and cows, grains and chickens, apples from turkeys, bananas from fish, THEN there is not much anyone can do to help them out of their own misery for the time being...

last but not least, the unaltered part of the scriptures clearly states how humans are not created to eat other beings but only plant based foods (link also included in the main article)

Do animals have souls? Mammals?reptiles? birds? Fish?insects? bacteria?plants? rocks? At what level of consciousness does God endow a creature with a soul? The higher the level of consciousness the greater the crime in killing the creature.Insects must be killed so that humans may live e.g. mosquitoes and rodents. But hunters walking around killing large mammals for recreation? Jesus ate fish so that must be a reasonable compromise. Pollution kills more fish than fishermen. What are microwaves doing to insects and birds?

Vegans are very stupid and the more veggies they eat the dumber and sicker they get. Veganism comes from tyrants who want to destroy the health of mankind.

Veggies are high in carbohydrates which then turn into sugar. That’s why we have so much diabetes. This woman who wrote this is dumber than a box of rocks.

Veganism is like a communist political movement where they want to restrict people who like to eat meat. Some are advocating eating bugs and insects. Communists are the worst people in the history on mankind and they are always full of shit.

There are only two types of food on the earth: plants and animals. That’s how the real God set it up so there is always a place for both.

Let us be careful in what we say in what and how we should eat, for we already have an example of how it can separate us from others by our own restrictions as per the Bible. Of course, we are to be good stewards of our livestock and wildlife. We are to be grateful for our daily “bread.”

Matthew 15:10-11... After Jesus called the crowd to Him, He said to them, "Hear and understand. 11 It is not what enters into the mouth that defiles the man, but what proceeds out of the mouth, this defiles the man."

Thank you Henry for entertaining ideas that run counter to your personal preference: the mark of genuine intelligence and integrity.

Having said that, listen up meatheads! We all know that life feeds on life, and there is a secret life of plants.

Since 'mind' is everywhere, the issue is and always has been one of interrelationship or ETHOS. For example, you could theoretically aver the hypocrisy of uprooting/cutting certain plants (like a Druid), or even the practice of 'Big Ag'; but such line of reasoning clearly fails
re the 'fruit' of plants - most vegetables, fruit, nuts, seeds - which appear to have evolved much along the lines of sexual selection i.e. for 'taste' as opposed to utility.

Enjoy your steaks by all means. But stop pretending you're the keepers of a more naturalistic or noble tradition: the religious-sacrificial origin

of meat eating in anthropology is irrefutable.

In the Bible.
Looks like the original intent was to not eat meat. Meat eating doesn't show up till after Noah.

Genesis 1:29 And God said, Behold! I have given you every herb seeding seed which is upon the face of all the earth, and every tree in which is the fruit of a tree seeding seed; to you it shall be for food.