NWO Slavery Depends on the Smartphone 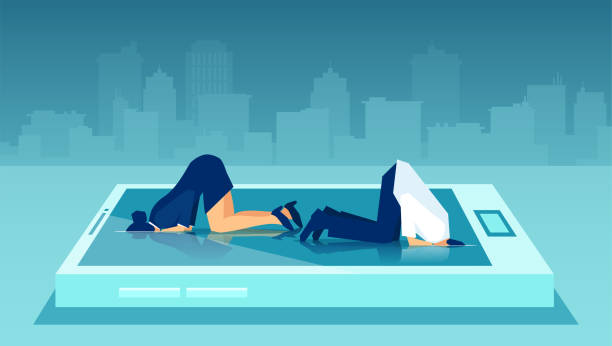 Almost every aspect of the satanic NWO agenda depends on the smartphone and our voluntary use of it.

Be it the planned Certificate Of Vaccination ID (COVID) (for restricted mobility), central bank digital currencies (to abolish anonymous cash payments), social credit score (for behavioural monitoring), carbon footprint or personal data like driving license, fingerprints, travel documents, digital ID, all the control data is and will be centralized and saved on the smartphone.

The smartphone spies on us by continuously collecting data about current and past location, shopping habits, social habits, the kind of news we consume, political attitude, personal interests, contact tracing, and so much more and sends it to the big tech companies, above all the provider of the smartphones operating system which is either google (android) or apple and which save and file every information for a future particular purpose which will not be benevolent.

It manipulates us and shapes our perception by the constant stream of fake push news, it distracts us from the real world with oh so funny little games and needless info from (anti)social networks, it isolates us from each other and it destroys basic human communication as it is so much easier to send some stupid text messages than to talk face to face or voice to voice.

With every app we download and use we give up more of our freedom and personal liberty and dehumanize ourselves. We voluntarily put a digital chain around our necks and pull it tighter and tighter. 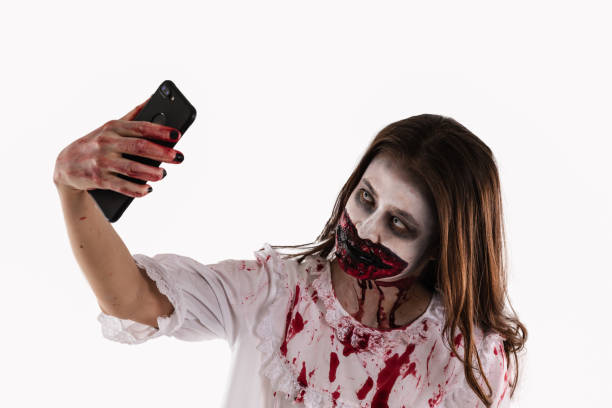 The smartphone is THE lynchpin of the erection of the satanic nwo (and lynch they will us if we don't resist). It's the most important and most powerful tool to enslave us as it collects perpetually all of our through phone number personalized data and thoughts to give it to those that want to turn us into remote controlled zombots.

Without everybody carrying around a smartphone, the NWO would be dead by tomorrow and they know that. That's why they want to chip us all as it's hard to get rid of a device inside the body while it's easy to just throw away a smartphone.

It might be objected that the smartphone has so many features and functions that it has become indispensable by now but what exactly is it indispensable for?
Personally, I know of no function that would be indispensable and I never heard about a feature or function that would be essential for survival.
The most common apps are nothing but fun and games and distraction which makes us weak dumb brain-dead and paralyzed. Smartphones for the masses exist for a mere 15 years now, the first iphone was released 2007. How did we get along all the time without a smartphone?
No, smartphones are not indispensible at all. Perhaps they were even released for the sole purpose of connecting us to the worldwide hostile AI grid and they got us and made us addicted with all those gratis apps which are in effect certainly not without charge at all.
With the usage of our smartphones we ourselves provide the hardware infrastructure and the personalized datastream that tptb need to impose their desired NWO on us. Every smartphone is a tentacle of the mind gobbling AI beast that lures us into the trap of enslavement.

Smash it crash it drop it dump it. Your smartphone is not your friend and it's not there to serve you; it's here to enslave you. It's a killer with a pretty face. Nobody actually needs that crap it's made to make us sell our freedom and our souls for a handful of gaudy glass beads.


Disclaimer: To be fair, I have an old smartphone which I bought several years ago for job reasons. I use it now elusively for the rare case of online banking as it makes not much of a difference anymore whether I type the numbers on my keyboard at home or at the internet connected service terminal at the bank. Our bank accounts run on the internet anyway. Second purpose is the phone number which I give to those who I don't want to have my landline number. Every two or three days or so I take it out of the metal box where I store it for the sake of radiation and check if anybody left a message on the mailbox. En route I have an even older dumb phone without a SIM card (Police and Ambulance connection also work without SIM card) in the glove box of my car for emergency use.

I miss nothing.
------
Related - Must watch - Max Igan says the future is based on Brave New World  - artificial conception, smart phones, smart cites
-----
Earth Sit-Rep: Satanic A.I. Is Very Deeply Entrenched Here
"The plan is that humans and most animals will have their physical brains connected wirelessly to a type of super internet, and this will enable certain electrical lifeforms from non-physical realms to get to experience what humans experience, as in emotions and feelings. This would mean that the human brain becomes hijacked by electrical beings from a realm beyond our comprehension.[

"These are the last days for humans as we know and define them. Soon our bodies will be vibrating to new frequencies and new experiences.

Comments for "NWO Slavery Depends on the Smartphone"

Hi Henry, great article. For your readers, I just want to recommend a product I purchased on Amazon. It's an EMF blocking cell phone carry case. I use it every day everywhere I go. So the idea is that you can carry your cell phone on your person without risk and instantly check your phone at any time by just pulling the cord which pops your phone out. The phone stays on but your signals are dead while in the protective case. If you need to use it, it's there ready to use.

f you have a mobile phone, isn't it time to seriously think about getting rid of this diabolical instrument of your own enslavement/dumbing down/carcinogenizing/electrosensitization, a device whose gigantic ecological and energetic footprint and capacity for surveillance and control make YOU an active accomplice in the proliferation of deadly antennas, in the abusive exploitation of the world's poorest and in the constant advance of global techno-sanitary transhumanism? A good blow with a hammer to destroy your preciousss and free yourself from this deadly drug is the only solution to save your skin and ensure a better future for our children...

look no further for The one and only, simple and effective solution to free ourselves from techno-slavery, digital dictatorship, totalitarian control, surveillance and to stay healthy right now - it's herE:

On the subject of smart phones, I wholeheartedly agree with the author. It's an addictive "substance" just like any other drug that disconnects people from reality and each other.

In my own children, they have no appreciation for nature, and find things like going to the beach (I live in San Diego) boring. Last year, I was forced to upgrade from my 3G flip phone, so I got an iphone.

My daughter was helping me set it up, and I just got annoyed with it, put it back in the box, and ordered another flip phone.

My rare text exchanges are very short and to the point. If I had my way, I would take a hammer to my kids' phones, but my ex wife would just buy them new ones. I have lost the battle.