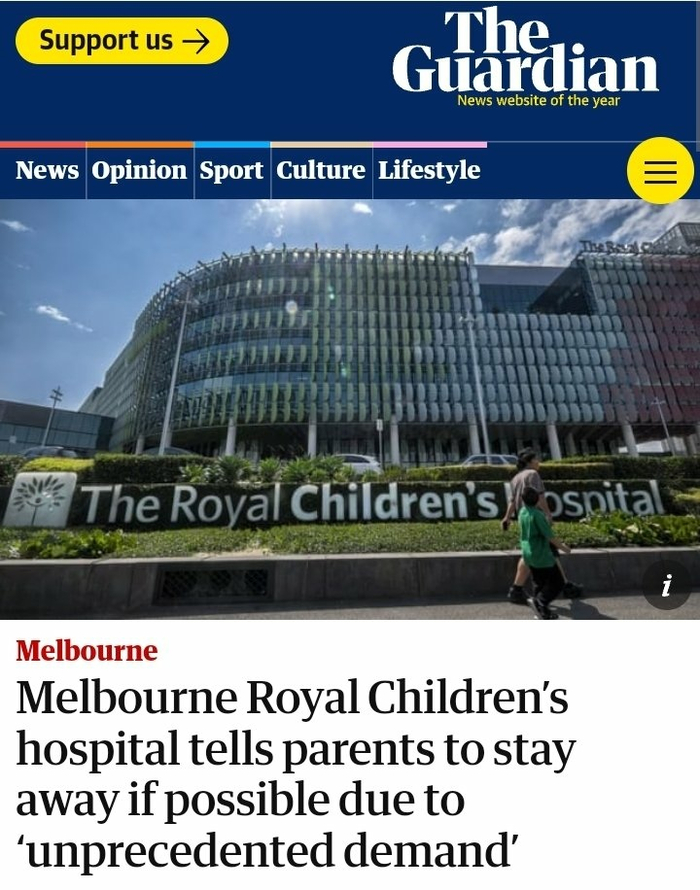 40 Days since Musk took over Twitter - Henry Makow still suspended. Message @elonmusk on Twitter and tell him why this doesn't make sense.
Please send links and comments to hmakow@gmail.com
Australia's major Children's Hospital is turning away sick children for the first time in its long history.

"It's being caused by staff shortages due to mass-firing of unvaccinated nurses and doctors, plus rapidly increasing vaccine related child-sickness."   They admitted it!

---
The Children's Hospital of Eastern Ontario (CHEO) in Ottawa says it will soon be receiving help from the Canadian Red Cross.

The hospital says their emergency department is at around 130 per cent capacity and they're seeing around 200 kids a day.

CHEO has been so overwhelmed that they opened a second intensive care unit in November to treat what they're calling "an unprecedented surge in the number of critically ill babies and children due to cases of flu, RSV and COVID-19. Every pediatric emergency department in Ontario is currently over capacity according to the Canadian Medical Association Journal. McMaster Children's Hospital has been sounding the alarm bell for at least a month now, saying their emergency departments are well over capacity and children are seeing over 24 hour wait times. They've also started asking adult ICU's to take teenage patients.

https://www.youtube.com/watch?v=SAgw6yN5lN4
Commenters says it's the vax - "We know what's really going on."
--
There is a massive influx of children being brought in to the Emergency Room very sick. " Entire ICU unit completely full of kids on ventilators in Alberta Children's Hospital."
https://calgary.ctvnews.ca/ahs-redeploys-dozens-of-staff-to-help-with-surge-in-respiratory-infections-at-children-s-hospital-1.6181907 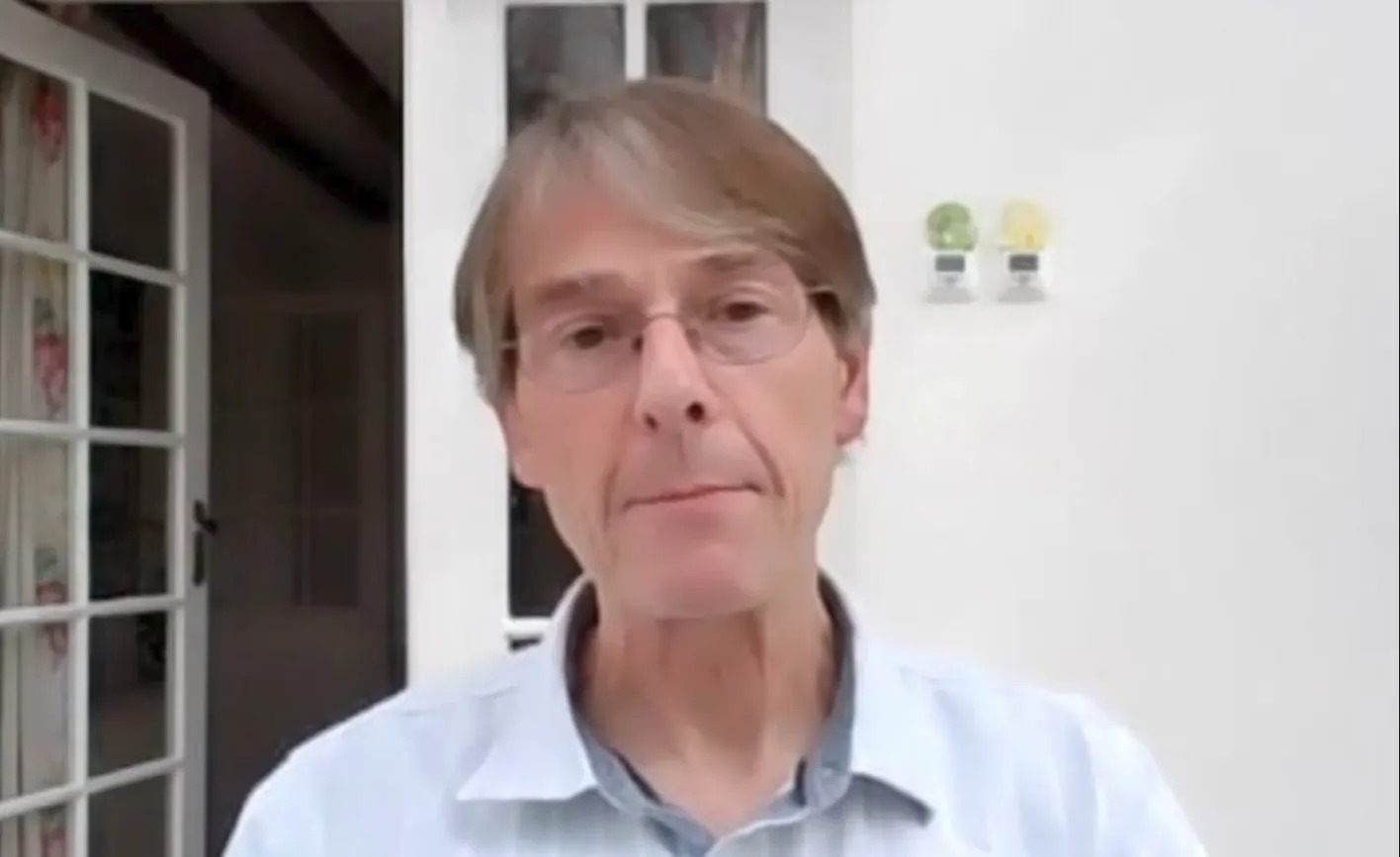 "I heartily recommend you take seriously the warning I'm issuing."

"The government and media have been telling us since the start of the plandemic that millions have died from Covid. But the All-Cause Mortality figures from around the world tell a different story. Professor Denis Rancourt is an expert in All-Cause Mortality data analysis. In this in-depth interview he shows the proof that if governments around the world had not announced a 'pandemic' and then taken disastrous actions, no extra people would have died." - Iron Will


What did cause an additional 1.3 million deaths in the U.S. alone? Why did so few extra people die in Canada? Is the Canadian government altering mortality data?

How have the vaccine injections affected extra deaths?

https://www.youtube.com/watch?v=IaXvc2EdWKw
Any excuse to enslave us.
-- 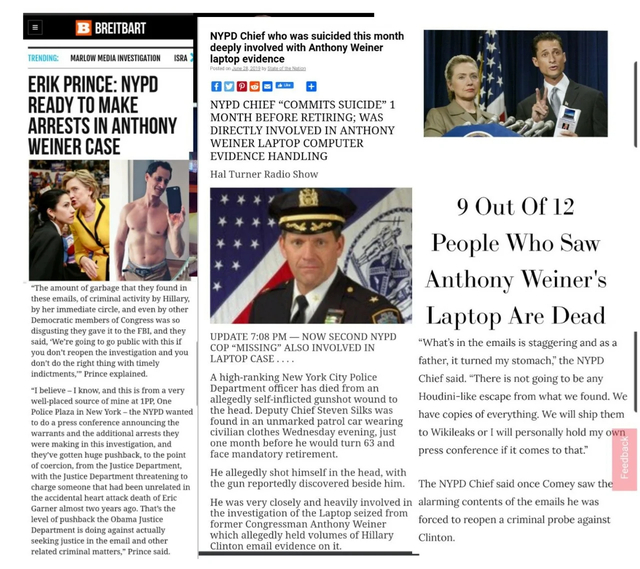 "What's in the emails is staggering. As a father, it turned my stomach." -NYPD Chief on Anthony Weiner's laptop, which NYPD got to first. Many sources have said an equal level of horrifying child rape exists on Hunter's laptop. But taxpayers pay the CIA to kill JFK, do 9/11/COVID, protect pedos.

The first Russian wave with more than 100 missiles is gone: Odessa is leveled - Ukraine is without water and electricity (video)


The new Twitter CEO said it was a "good idea" to label state-funded media organizations like Canada's CBC during a Q&A on Saturday.

The proposed label is already attached to Russia's RT and China's CGTN.

As we know, the CBC received over $1.2 billion in taxpayer money in 2021-2022.  There's no reason the CBC shouldn't receive a "government state media" label as it's funded by the government, just like RT and CGTN.

Interview With David Martin, Author: "The Assassination Of James Forrestal" 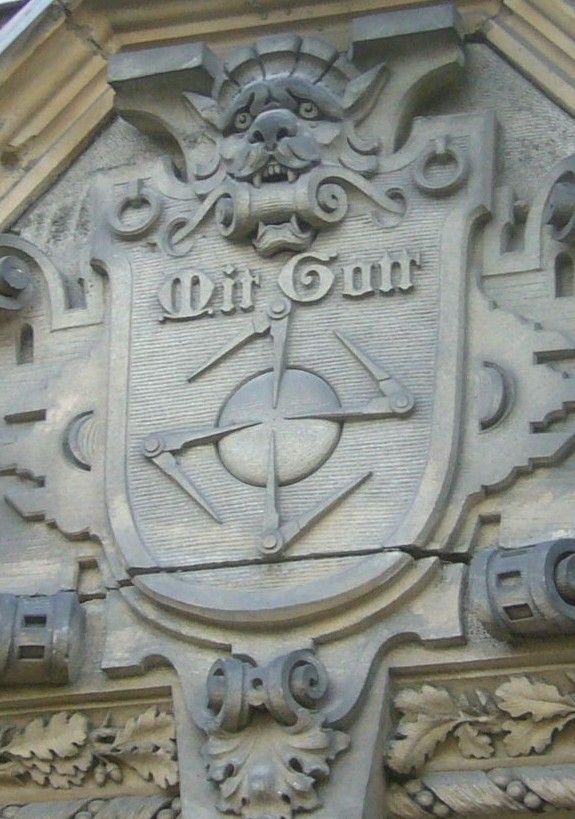 Reader---The connection between freemasonry and swastika, It is an entrance in the middle of Berlin on a place called Südstern (South Star). The two words above "Mit Gott" means "With God".
An Invisible Prison Has Been Built Just for You

An international vaccine passport, digital identity, a social credit system and a central bank digital currency (CBDC) form a digital control system that will lock down the population in perpetuity.  An individual score, based on their behavior, expression and interaction with the world. Ultimately, your social credit score, will dictate what you can and cannot do, what you can buy and where you can go

Imperialism is not dead

'You're Violating Them!' - Dr. Naomi Wolf Gives a Fiery Speech Against Yale University's Vax Mandate
"What you're about to do is a serious crime."

"My heart is breaking -- and I'm on the verge of tears," grieved Dr. Naomi Wolf while speaking at a December 2 medical freedom rally in front of Yale University -- in opposition to the Covid-19 vaccine mandate.

Yale is requiring students, most between the ages of 17 and 22, to take the bivalent booster tested on eight mice -- while allowing their faculty a pass on the latest shot.
https://vigilantfox.substack.com/p/youre-violating-them-dr-naomi-wolf
--

https://www.thegatewaypundit.com/2022/09/mother-blames-vaccinated-blood-death-one-month-old-baby-died-blood-clot-following-blood-transfusion/?utm_source=Gab&utm_medium=PostSideSharingButtons&utm_campaign=websitesharingbuttons
--
Tucker Carlson Asked for Hunter Biden's Help Getting His Son Into College 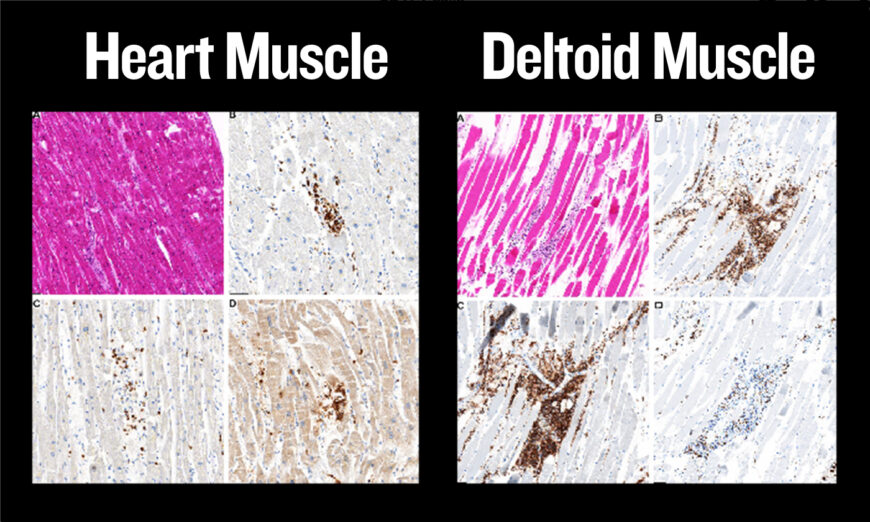 I'm surprised Dr. Trozzi doesn't mention Yeadon more often. He is our star witness and the ones the medical professionals want to discredit the most. He is unassailable and our best witness. Here is a link to his talks on Bitchute - I advise everyone to listen to every word, although some are repetitive, he drops some real bombshells regarding transmissibility of colds and flue in some of his latest.

I wish Trozzi would interview Yeadon, such complimentary areas of expertise.

I listen to all of his talks. I posted the one where he talks about contagion and flu's and colds here:https://www.bitchute.com/channel/L2vCjAsNA0Jo/

If you have been following this to any extent and haven't listened to Yeadon, you really need to.