(Viewer- It is remarkable the way the Russian government addresses its constituencies, in an honest, open, transparent, no-nonsense approach. If only western political institutional representatives and policymakers could do the same!)
Please send links and comments to hmakow@gmail.com
The Saker - "If every citizen of the US (and EU) understood that there is a nuclear and conventional cross-hairs painted on his/her head things might be different."

Medvedev--"Alas, there is nobody in the West we could deal with about anything for any reason (..) this is the last warning to all nations: there can be no business with the Anglo-Saxon world because it is a thief, a swindler, a card-sharp that could do anything."

Makow -  This statement leads me to believe this war is another Cabalist scam. Medvedev is a Jew. There is nothing "anglo saxon" left in the so-called "anglo saxon" world. For all the "honesty" the Russians project, they still won't acknowledge that the Cabalist Jewish Rothschilds control the West, and the uni-polar world Russia opposes is essentially Masonic Jewish Satanism.
The Saker-- "I realize that is is hard to believe in the idea that a nuclear superpower like the US is run by a gang of incompetent and ignorant thugs, but that IS the reality and simply denying it won't make it go away.
I submit that the fact that the US ruling class is seriously contemplating both a "limited" use of "tactical" nukes and "decapitating strikes" is a very good indicator of the fact that the US is running out of Wunderwaffen and that the Neocons are desperate.

And to those who might be tempted to accuse me of hyperbole or paranoid delusions I will say the following:

This war is NOT, repeat, NOT about the Ukraine (or Poland or the three Baltic statelets).  At its absolute minimum this is a war about the future of Europe.  Fundamentally it is a war about the complete reorganization of our planet's international order.  I would even argue that the outcome of this war will have a bigger impact that either WWI or WWII.  The Russians clearly understand this (see video above if you doubt that).

And so do the Neocons, even if they don't speak about it.

The current situation is much more dangerous than even the Cuban missile crisis or the standoff in Berlin.  At least then both sides openly admitted that the situation was really dangerous.  This time around, however, the ruling elites of the West are using their formidable PSYOP/propaganda capability to conceal the true scope what is really going on.  If every citizen of the US (and EU) understood that there is a nuclear and conventional cross-hairs painted on his/her head things might be different.  Alas, this is clearly not the case, hence the non-existent peace movement and the quasi consensus about pouring tens of BILLIONS of dollars into the Ukrainian black hole.

https://www.youtube.com/watch?v=qSuf0XWlBG0..
--
The Globalist and Mail is Canada's Number One Purveyor of Cabalist Jewish Propaganda
Look at some of the headlines
https://www.theglobeandmail.com/
-- 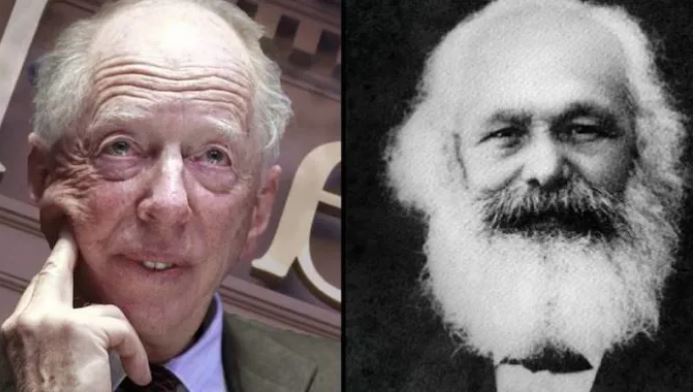 Historians Confirm Karl Marx Was Employed By The Rothschilds

Historians have confirmed that Karl Marx was not only related to the Rothschilds, but was also employed as their agent in order to subvert democracy and corrupt the Socialist movement.

Reader--"I just recently watched a documentary that I thought you'd appreciate. It's about the social conditioning that was the civil rights movement,  culminating in the modern BLM. It comes from a black perspective so you'd have to have serious chutzpah  to call it white supremacist rhetoric. It outlines the communist/satanic ties to these movements and all but points a finger at some tribe members. In any case,  I rarely watch a full length anything these days,  but found this to be very compelling."
https://rumble.com/v21v9jw-uncle-tom-2-an-american-odyssey.html

Dr. Sherri Tenpenny Predicts the Worst is Yet to Come with the Fallout from the COVID Shots 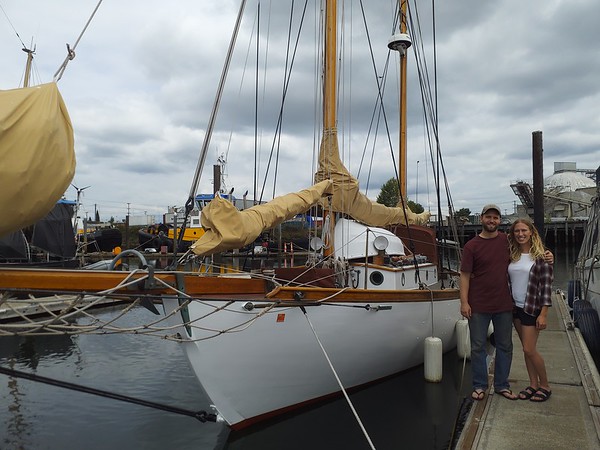 This seems like the best answer to a world gone insane --sail around the world.
This young couple demonstrate how we define ourselves and grow as human beings by undertaking challenging projects.
https://www.youtube.com/channel/UCEQ2Ne-LLmyo6pvp66KSi_g?app=desktop

(called an "adverse reaction")
https://nypost.com/2022/12/28/teen-athlete-dies-after-suffering-stroke-caused-by-rare-disorder/
--
"I'm never going to take another vaccine in my life, nor trust another doctor"

--
In this article, John Whitehead lists the state-of-the-art tech used by the SURVEILLANCE STATE:

NOT TRUE - Computer system broke down

"Rumors on media are floating that there is a lack of crews and pilots are staging sick calls. Absolutely not true at all. This is a computer system meltdown. Thousands of crew members are sitting in hotels and airports with nowhere to go. This airline has failed miserably."

Here, various CHABAD rabbis explain why the CHABAD godhead (Satan) is about to "totally destroy" both America and Europe, first by cultural genocide and then by actual genocide:

https://www.bitchute.com/video/j46wBGhtJG0V/
https://www.bitchute.com/video/GFCZccRMDsCg/
"When Jews openly call for white genocide, of course Big Brother does not deem that "hate speech" so it "naturally" does not merit being banned from YouTube. Big Brother's actual definition for "hate speech" is MUCH MORE SERIOUS, because such "hate speech" essentially means disagreeing with the opinion of any Jew, which, in the Talmudic "new" world order, is defined as a VERY SERIOUS CRIME INDEED."

The Talmud tells Jews to kill "even the best of the goyim."

The vaccine scam is run by globalist Jews and their flunkies in politics and big pharma...

And these vaccines are good for you? 5
--
The German Catholic Church is against Christ, says Hungarian archbishop 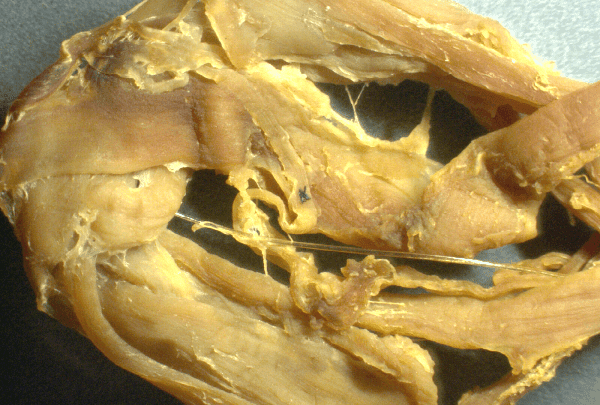 2 foot long "clot" pulled from a living person is the new normal if you are vaccinated
I'm consistently hearing stories of very long clots being pulled from people, but so far, nobody wants to go on the record about this. Here's the latest story I heard.
I talked to a nurse with 23 years of experience and she never heard about clots longer than a few inches in her career until the vax came along. Now, we are seeing blood clots in kids as young as 8 -12 years old, but only if they've been vaccinated.
https://stevekirsch.substack.com/p/2-foot-long-clot-pulled-from-a-living?utm_source=substack

Viewer comment- Germany has undergone a full on Niggerization programming. The Cities have all been black washed and within one decade, most traces of true German culture has been replaced.You can walk for hours in Berlin and not see one German owned shop or restaurant. Arabs run all the business, blacks handle the drug sales-Google Goerlitzer Park, Berlin. You think you are in downtown Nairobi. It is no exaggeration. Streets are named after Weimar jews, and radicals like Rosa Luxemburg who attempted to overthrow the government and was executed for treason.There is Karl Marx Avenue, Karl Marx Square, Karl Marx Street. Merkel has done more damage to Europe than any other leader.The new spineless males of Germany are useless.
--- 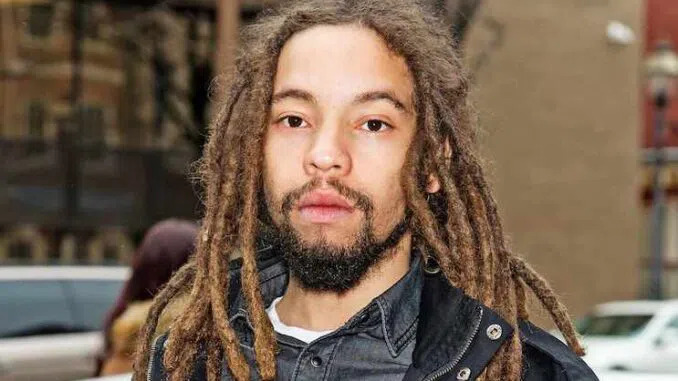 Hello Henry , read your recent articles & I agree with your assessment , that this war is another well controlled event- The Jews have control of both sides & it’s shows to those who can see through the charade as you can !!! World today is a big show for the brain dead public & Controlled media doing fantastic job keeping them entertained !!!

Have a good one , but there is no escape from their grip Henry- you know that —WEF is also big influence over the nations etc. & the world is sliding down to hell !! L.

“Makow - This statement leads me to believe this war is another Cabalist scam. Medvedev is a Jew. There is nothing "anglo saxon" left in the so-called "anglo saxon" world. For all the "honesty" the Russians project, they still won't acknowledge that the Cabalist Jewish Rothschilds control the West, and the uni-polar world Russia opposes is essentially Masonic Jewish Satanism.”

Whatever you and I know about conspiracy observations, I think that it is 1000 times worse. And the underlying doctrine is definitely satanic, and you can’t fix it, because the foundation is corrupted. You know when they’re lying when they’re moving their lips. When they tell the truth, it’s only to cover the lies and that’s why I think everything would work better if everyone looked to the natural law and natural order as the proper guidelines for mankind. Any government as we know it today is a proven failure, so there’s no point in continuing down that path of sorcery and mayhem .

All of the proper morality is contained in the natural order, and all we have to do is to use it to our advantage. There’s no special interpretation. It works the same for everybody. This would put stability back into the lives of mankind. I’ve studied these conspiracy observations and nothing has gotten better; it’s just gotten worse.

We cannot expect an evil system to fix itself.