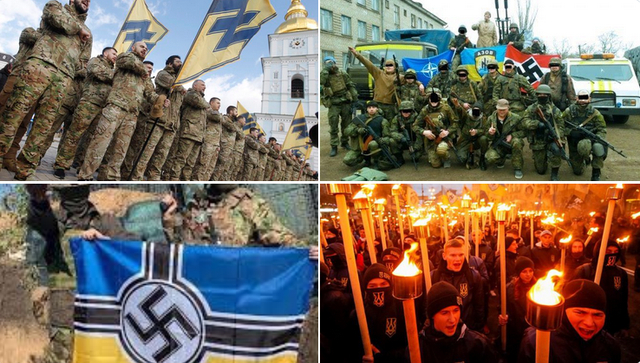 Left, In a post removed by Reddit Conspiracy, someone wrote
You don't get to dunk on Kanye whilst simultaneously supporting sending tons of weapons to these guys in Ukraine.
Please send links and comments to hmakow@gmakow.com
Elon Musk SUSPENDS Kanye West from Twitter for sharing a picture of a swastika inside a Star of David as his 'presidential campaign symbol': Anti-Semite rapper reveals their furious text exchange
Elon Musk suspended Kanye West from Twitter on Thursday night
It came after West tweeted an image of a Nazi swastika inside a Star of David
'Sorry, but you have gone too far. This is not love,' Musk wrote in a text to West
It followed West's wild meltdown on Alex Jone's podcast hours earlier
West professed his 'love' of Nazis and admiration for dictator Adolf Hitler
The saga has been a test for new Twitter owner Musk's 'free speech absolutism'

Musk: "I tried my best. Despite that, he again violated our rule against incitement to violence. Account will be suspended." 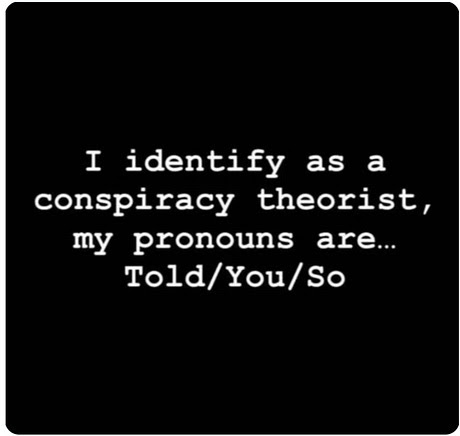 Ye Blows Up The Internet With Greatest Interview Ever

"Like others before him who have interviewed Ye, Alex Jones attempted to pour cold water on Ye's exposure of Jewish power. However unlike other interviewers he allowed Ye to speak for longer periods of time, meaning he was able to get the point across. The high point was when Ye pointed out that Hitler never killed six million Jews. Aside from exposing the fact that Israel controls the foreign and domestic policies of Western countries through a combination of blackmail and outright thuggery, it gave us the priceless moment when suddenly Alex Jones was the one looking sideways wondering who the crazy person was.

The genius of Ye is that this forces the issue of who really rules the world into the mainstream because the Lying Press is forced to talk about this. Regardless of what you think of Ye and those around him, this is a good thing which we can use to our advantage."

While the internet chirps with cries of West "defending Hitler," they miss the point of Ye saying he loves everybody in a Christ-like fashion where he's trying to eliminate hatred from his heart - even for those society deems unlovable.

Over the past weeks, Kanye West caused a string of scandals, after alleging that the Jewish people control the music industry and crush any dissent among artists. Since then, he's been accused of anti-Semitism, with several big companies cutting their ties with the rapper. 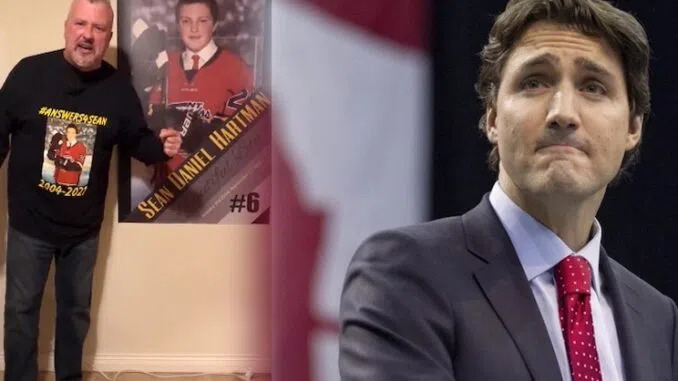 https://nworeport.me/2022/11/30/my-boy-is-dead-from-the-vaccine-f-k-you-angry-dad-tells-weak-soy-boy-trudeau/
Trudeau Trembles With Fear as Dad Tells Him "My Boy Died From the Vaccine, F**k You!"

https://newspunch.com/trudeau-trembles-with-fear-as-dad-tells-him-my-boy-died-from-the-vaccine-fk-you/
--
Musk tries to lure advertisers back to Twitter with incentives
https://www.dailymail.co.uk/sciencetech/article-11495579/Twitter-offers-advertisers-incentives-matching-500K-spending-Elon-Musk-platform-struggles.html
---
Alex Jones and David Icke ban Twitter and the European Union

https://jonrappoport.substack.com/p/alex-jones-and-da
PJW - New data compiled by the Customs and Border Protection agency has revealed that a record number of 73,000 undocumented migrants were able to escape into the U.S in November alone. 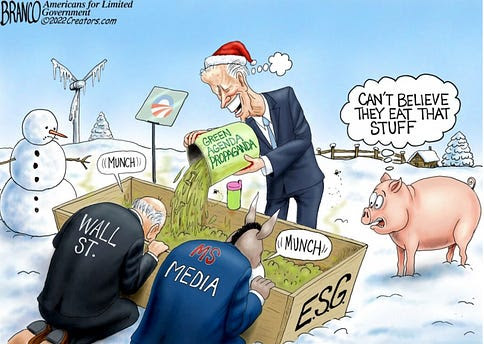 CNN begins by reporting that "The Biden administration is considering a dramatic expansion in the training the US military provides to Ukrainian forces, including instructing as many as 2,500 Ukrainian soldiers a month at a US base in Germany, according to multiple US officials."

--
Senator Rand Paul asserted Thursday that Anthony Fauci is directly responsible for funding dangerous research that likely killed millions of people, and that he "won't get away."

"Likely there is no public health figure who has made a greater error in judgement than Dr Fauci," Paul declared in a Fox News appearance, adding "the error of judgement was to fund gain of function research in a totalitarian country."

Fauci funded "research that allowed them to create super viruses, that in all likelihood leaked into the public and caused seven million people to die," Paul declared.

"This is right up there with decisions, some of them malevolent or military to kill millions of people," The Senator further urged.


--
Brad William Henke dead at 56: Former NFL player turned actor on Orange Is The New Black and Dexter 'passed away in his sleep' his family confirm

"The cause of his death was unclear as of Thursday" 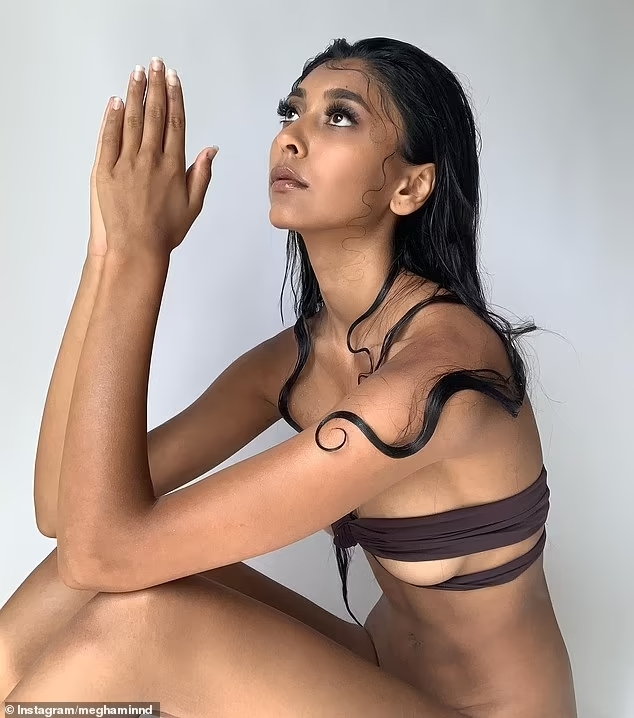 TikTok star Megha Thakur, 21, dies 'unexpectedly' just days after posting video of her walking in NYC with caption 'You're in charge of your destiny. Remember that'

Her fans, followers, and loved ones have been posting messages on her TikTok videos as they react in shock to her death. 'Please god no this can't be happening,' one person wrote.
Prestitutes provide explanations
---
Lorraine Day's 2008 letter to yours truly on "Are all Jews to Blame"?

--
"It will be total dominance on every individual if we let this become our reality... every second of our lives every action every reaction will be subject to scrutiny from the powers that be. Every freedom, little that may be, left that we enjoy today will be stripped from us, only to be "rewarded" to us in the future on the condition that we submit to whatever ideals, beliefs, agendas etc that fall in line with theirs. Any body who resists, dissents, even mocks the narrative will be held hostage without due process, without any recourse of any kind. I'm the most extreme cases a person or group could even be completely erased from the system and disappeared at the snap of a finger simply by a few keystrokes if the party so inclined. As convenient our digital life has become, it has also become equally dangerous to our sovereignty. They can't cheat a paper trail, well most people can't. But a digital ID and social credit system is as easy as the snap of a finger to vanish your entire existence.
https://www.reddit.com/r/conspiracy/comments/zae7ng/this_video_i_saved_during_lockdown_but_this_truly/ 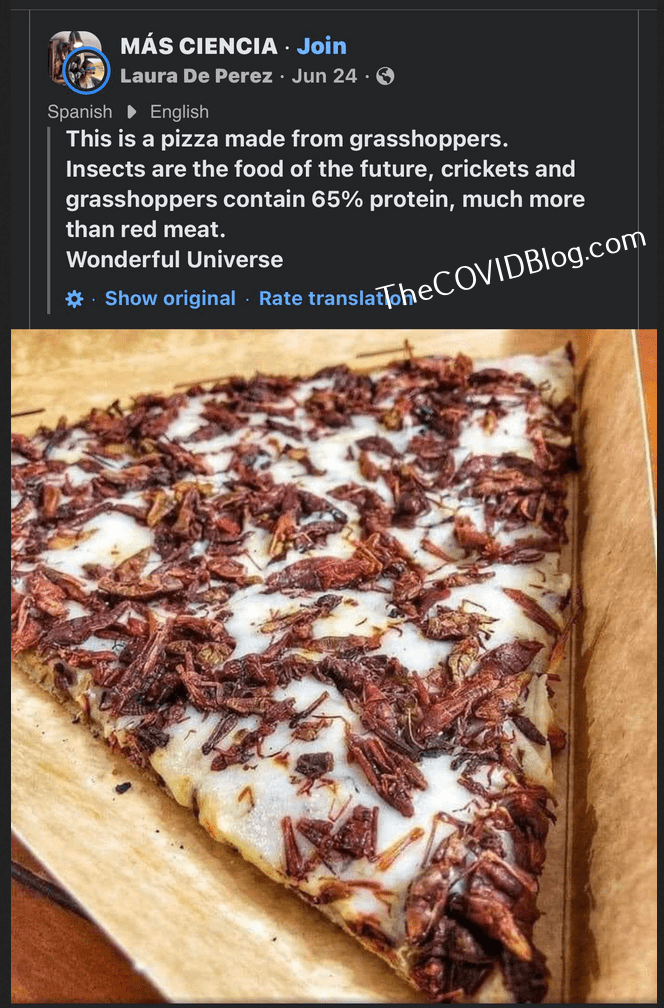 "I found out that grasshoppers are kosher, so they meet everyone's needs," according to Bill Gates. "The fact that they're kosher makes them more edible. In Yemen and Morocco, there is a history of eating grasshoppers."
--
BlueTruth Documentary Shows COVID Vaccinated People Emit Frequencies
Short 32-minute documentary shows Dr. Pedro Chavez Zavalo, the president of the World Health and Life Coalition (COMUSAV), using an electromagnetic frequency meter on a sample of people in Mexico who had taken COVID 'vaccines' and comparing them to unvaccinated people

--
Mark Trozzi MD
Global News is preparing to publish an article challenging one of my recent posts, which was also published on Druthers. This post explained the recent work of Dr Makis, regarding the startling increase in deaths of Canadian doctors following their own genetic covid injections. Here is my press release responding to an inquiry sent to my lawyer by Ashleigh Stewart of Global News. Ms Stewart claims that that the family members of the deceased doctors do not agree with Dr Makis statistical analysis.

--
If American had any self respect they would storm this prison and release him.
Oath Keepers Stewart Rhodes Facing 40 Years in Prison for Trusting in Trump
https://healthimpactnews.com/2022/oath-keepers-stewart-rhodes-facing-40-years-in-prison-for-trusting-in-trump/

The reason people criticize Jews is that they invented communism. It is the communism that people abhor. Millions of people have been murdered in their stupid wars. What “Ye” did was to make the opponents of Judaism look very stupid. So, instead of the discussion being on communism, the Jews used antisemitism as a deflection from the real issue. This happens over and over. Communism has no place in any society because it is evil, but the Jewish issue distracts from it.