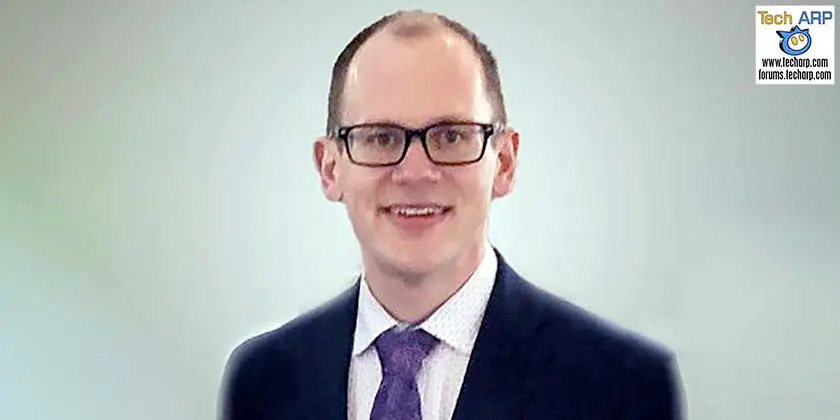 (left, Adam Exton led Canada's "vaccine" drive.)
Please send links and comments to hmakow@gmail.com
This is a harbinger of the fate of all who pushed the vaccination.

Fact checkers say he committed suicide, which he did in a way (by taking the Vaccine.)
https://www.techarp.com/facts/health-canada-adam-exton-die/
Reader-
"One of the worst scenes I recall from this vaxx crisis was out of Canada some time ago. Adults, strangers, were arguing vs. the cops luring kids for free ice cream in exchange for the kids (w/o parental consent) to take the shots. The cops on bikes held the adults back from the kids."
https://www.youtube.com/watch?v=V5U_ktkKsz0
---
Twatter-users tell Musk to resign
"Should I step down as head of Twitter? I will abide by the results of this poll," Musk tweeted to his 122.1 million followers on Sunday.

The poll closed on Monday morning, with 57.5% of the 17.5 million votes choosing "Yes" and Tesla was up nearly 5% in pre-market trading.
https://finance.yahoo.com/news/tesla-stock-pops-on-musks-twitter-step-down-poll-103330545.html
... 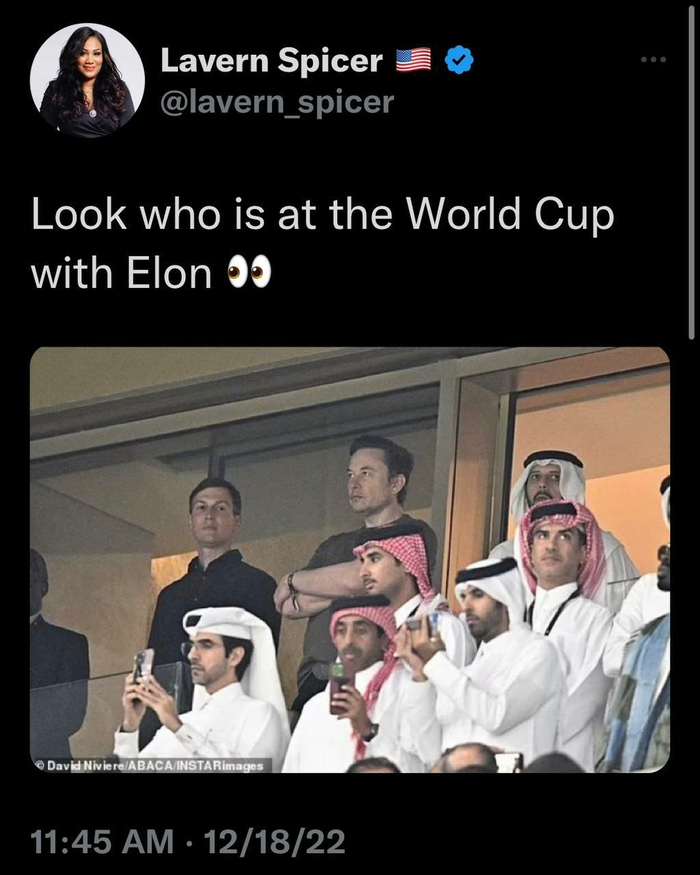 Rumor that the Jew Kushner will replace the Jew Musk as Twatter CEO
(Organized Jewry invented identity politics to divide us so forgive me for engaging in it.)
Elon Musk makes surprise appearance at World Cup final with Jared Kushner and Saudi investors-
https://www.dailymail.co.uk/news/article-11551451/Elon-Musk-makes-appearance-World-Cup-final-days-issuing-doxxing-bans-Twitter.html

Confirmation Musk belongs to Zio-wing of the Illuminati
--

"It Has Gone Missing": Israeli Government Claims to Have Lost the Agreement with Pfizer for COVID-19 Vaccines
The Israeli government has just admitted in court that it can't find the contracts under which the experimental COVID-19 mRNA injections operated.
Israeli's Ministry of Health quietly revealed in court on Wednesday (Dec. 14): "We cannot locate the signed agreement with Pfizer. It has gone missing." "We didn't find the signed agreement. We looked everywhere."
"Due to government change, we are not sure if an agreement was signed or not."
https://t.me/EurasianChoice/22811

-----
GAB CEO Andrew Torba writes--There are dozens of people on Twitter replying to Elon Musk saying he should step down and appoint me as CEO of Twitter. I'm flattered, but that's like asking me to be captain of the Titanic after it struck the iceberg. Twitter is imploding and there is a real possibility that it gets shut down in the next 18 months, which will be explosive for Gab. Very exciting times! I'm not going anywhere and there is nowhere else I'd rather be than at Gab!"
--
I like Peterson. Kissing Israel's ass is the price all nationalists/conservatives have to pay for a platform
Irish Savant--Jordan Peterson kisses Israel's Ass

"In fact it's reasonable to see him as a gatekeeper put in place to gaslight Whites - White males in particular - away from focusing on their real problems. After all he's been branded a far-right male chauvinistic conspiracy theorist so he must be on our side, right? Whether he set out with this gas lighting role in mind I don't know but his rise has been suspiciously meteoric. Was it worth it? For me nothing is worth the ritual humiliation he endured in Israel. Bank your shekels Jordan and fade away while you still retain a scintilla of self-respect."
-- 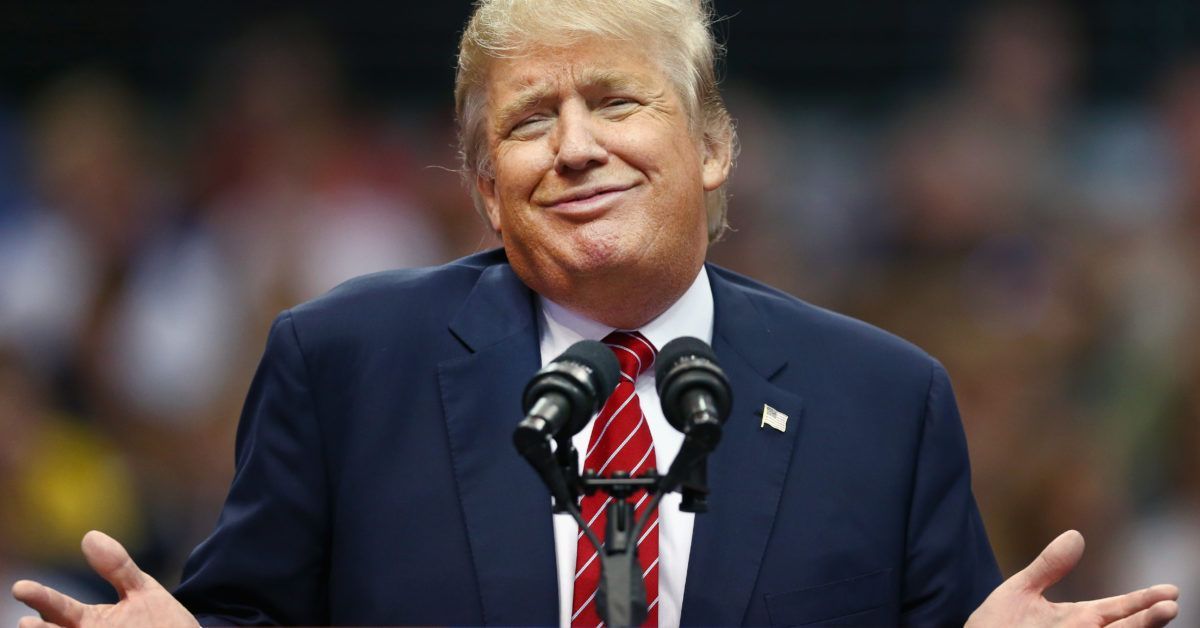 IT'S A BIG ZIONIST CLUB

Encore: "Former President Donald Trump said during a recent interview that Israel "literally owned Congress" and "rightfully" so........But notice that Trump believes it is "right" that Israel controls the U.S. Congress.  Any man who would endorse the concept that a foreign government--any foreign government--is RIGHT to control the U.S. Congress is, in my opinion, guilty of TREASON." from a Chuck Baldwin article.
--
Nancy Pelosi - America would still support Israel even if our Capital Crumbled to the Ground - YouTube

Joe Biden (aka: Dementia Joe)  says "You Don't Have To Be Jewish To Be A Zionist" - YouTube

"Judaism is a religion; but Zionism is a political movement started mainly by East European (AshkeNAZI) Jews who for centuries have been the main force behind communism/socialism.  The ultimate goal of the Zionists is one-world government under the control of the Zionists and the Zionist-oriented Jewish International bankers".  Jack Bernstein.

"In Germany, the average Jews were victims of the Zionist elite who worked hand in hand with the Nazis.  Many of those same Zionist Jews who, in Germany had worked with the Nazis came to Israel and joined hands with the Zionist/Communist Jews from Poland and Russia.  It is the two faces of communism and Nazi-style fascism the tule Israel.  Democracy is merely an illusion." Jack Bernstein. 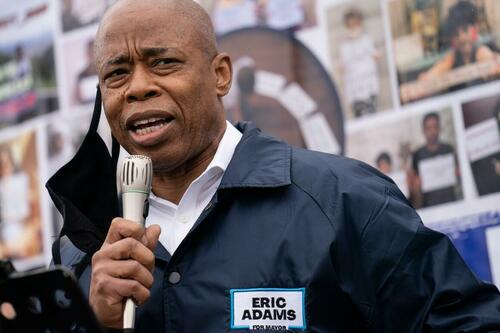 "We Are In Urgent Need For Help": NYC Sanctuary Mayor Starts Freaking Out Over Impending Wave Of Illegal Migrants

Shoplifting has surged to an alarming level across Canada, industry insiders say, with inflation and labour shortages cited as major factors behind the increase.

The uptick has triggered concern among Canadian grocers even as the rise in food prices helps pad their bottom lines. Grocery prices were up 11 per cent year-over-year in October and they're not expected to ease any time soon. The total cost of groceries for a family of four is expected to be $1,065 more than it was this year, according to the most recent edition of Canada's Food Price Report.

We know that the criminals in the deep state must target the best and the brightest of humanity for their nefarious purposes. An example is Dr. Matthew Aaron a degreed expert in neurobiology and environmental toxicology.  He is a TI/Activist intent on making everyone aware of this growing set of crimes against humanity destined (unless stopped) to control the lives of all mankind.
To participate in the global TI Survey write to globaltisurvey@gmail.com
For a copy of Dr Aaron's 500 page report you can contact him at Dr.Matthew.Aaron@gmail.com or visit the Vimeo channel of Dr Matthew Aaron
https://www.techarp.com/facts/health-canada-adam-exton-die/

He says he was suspended for revealing who Zelensky regime killed

--
Getting Dumber by the Day with JP Sears
https://www.youtube.com/watch?v=faDlsX98hZw

No evil deed will go unpunished. It doesn’t matter whether a man is a billionaire or homeless, all evil deeds are always repaid. If we do something stupid, we can get paid back for that too. The big one is that the conscience will torment a man; sometimes to suicide. The new world order is broken and unfit to exist.