Nov 9 - Demonrats Steal Another One 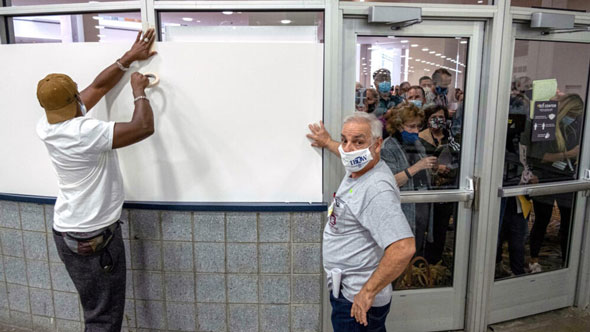 Please send links and comments to hmakow@gmail.com
Once you've stolen one election, you need to keep stealing them
or else all the evil you have done will be undone and all the criminals
in your midst will be held accountable. I guess it was too much to
hope that GOP candidates would ensure an honest count.
There is a sliver of hope, the GOP retook the House.
https://www.theepochtimes.com/mccarthy-declares-gop-victory-in-house-pelosi-not-conceding-yet_4852606.html?src_src=News&src_cmp=breaking-2022-11-09-1&est=wtm7psQke647LirmgDjMmHf%2BlrLsuD5mvVKBwIS%2FK9GR5RVg88QIJ7gsbhU%3D
---
Dec 6 Run off in Georgia may decide Senate control
https://www.zerohedge.com/political/walker-warnock-race-georgia-headed-dec-6-runoff
---
The Steal Is Happening in Maricopa County, AZ

https://thelibertydaily.com/the-steal-is-happening-in-maricopa-county/
Insider-
The establishment dirty pool players know they had to keep Lake from winning the election because many of them would be hiring lawyers if she won. They couldn't use any of the 2020 scams because they are now in the open from the investigations into the past election. The only way to do it and not leave a trail of evidence was have the voting machines not work in the republican strongholds. Which is exactly what they did. And very likely had the judge set up to refuse to allow the polls to stay open an extra 2 hours in the area affected with the bad voting equipment. (frankly, I was convinced it was a set up when the judge did that but that's just my opinion)
Here's the kicker. The AZ state's lawmakers can DQ Hobbs because as Secretary Of State the election process was her responsibility and she was asked many times to recuse herself from the race as SOS. She refused every time she was asked. She needs to be disqualified from the race so the citizens of AZ are not going in circles with anger over another shady election. It's her own fault and she made the call to say in the shoes of SOS, things went wrong that shouldn't have gone wrong and she benefits because of the bad situation. After all it wasn't democrats voting districts. Far too shady, she needs to be removed from the election by the lawmakers, end of story.
----------------
Reader ---"It's almost impossible to retain the presidency, house, and senate longer than 2 years. If it happens during times like this, with record inflation, war in Ukraine, foreign policy blunders, floundering stock market, soaring energy costs, I think it's safe to say that the democrats takeover is complete."

--
ABC News explained why a "Red Mirage" will occur Tuesday on Election Day. "[Republican candidates'] leads will dwindle, or crumble completely, after perceived "dumps" of votes are recorded by state election officials who count mail-in and absentee ballots in the days -- or even weeks -- following Election Day." ABC News said.
ABC News revealed which states the Democrats are going to steal with post-Election Day ballot counting. "[The Red Mirage is] likely to occur in some of the same states where the phenomenon presented itself last cycle -- in states like Pennsylvania, Michigan and Wisconsin -- battleground states that also happen to feature some of the most hotly contested races of the election season." ABC News said. We've seen this before. A Democratic data firm warned of a "Red Mirage" shortly before the 2020 election. The Democrats got away with the steal in 2020 so they're doing it again.

This phenomenon was popularized as the "red mirage" or the "blue shift" after the 2020 presidential election, when former President Donald Trump took a deceptive lead in several competitive states on Election Day due to delays in counting of Democrats' mail-in ballots -- their preferred method of voting due to the COVID-19 pandemic -- only to eventually dissipate when the entire reserve of votes was totaled. 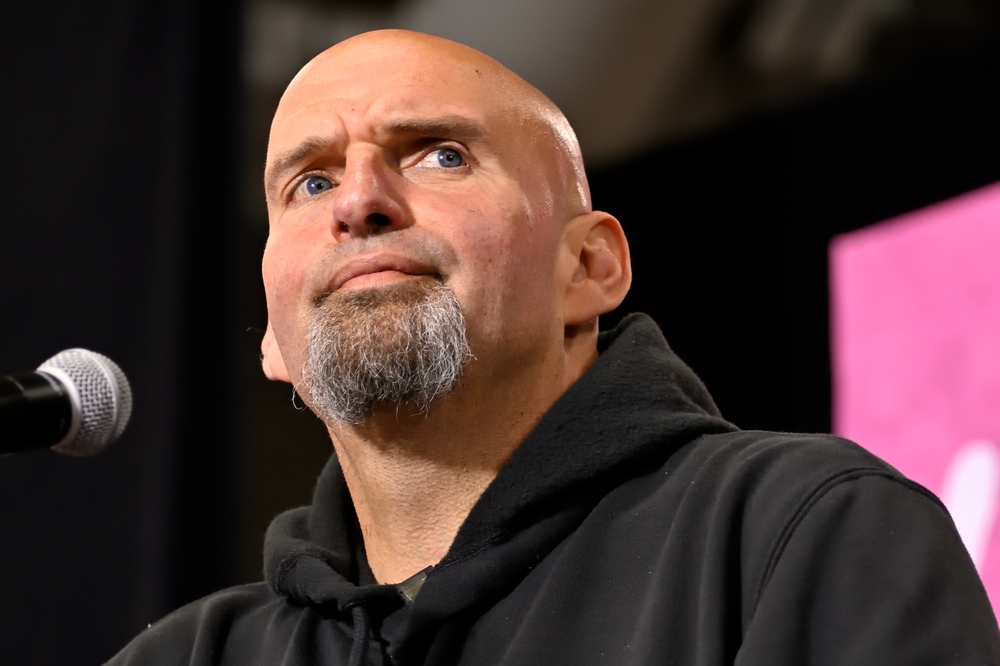 Fetterman is a brain-damaged stroke victim who has auditory processing issues and can barely speak following his massive stroke in May.

He also lived off of his parents until he was 50 years old according to reports.

An undercover camera crew for Project Veritas claim to have filmed "illegal electioneering" for at least two Democratic candidates in a pair of key Pennsylvania races. One was for John Fretterman and the other for Josh Shapiro, who was running for the governor's seat.


Michigan Republican Voters Told They Have Already Voted in Detroit

On Tuesday morning Kristina Karamo reported that voters in Michigan are being told they already voted. 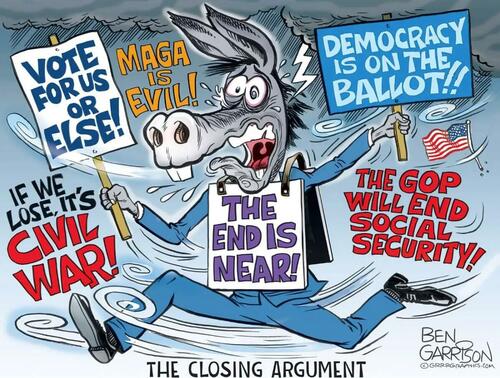 The Steal Is Happening in Maricopa County, Arizona

Maricopa County, Arizona's central command for the massive, widespread voter fraud that stole the 2020 presidential election, is at it again.  This time, they're going after America First patriots on the state's ballots, including gubernatorial candidate Kari Lake and U.S. Senate candidate Blake Masters.

Former President Trump has called for protests over voting irregularities across the country.

"The Absentee Ballot situation in Detroit is REALLY BAD.  People are showing up to Vote only to be told, "sorry, you have already voted," Trump wrote on Truth social.  "This is happening in large numbers, elsewhere as well. Protest, Protest, Protest!"

Trump also said that "Maricopa County in Arizona looks like a complete Voter Integrity DISASTER," adding "Likewise Detroit (of course!), Pennsylvania, and other places.  Not being covered by the Fake News Media!"

Comments for "Nov 9 - Demonrats Steal Another One "

Hey man, are you kidding? This is really disturbing and shows that america is finished. This will also mean that the rest of the world will annihilate the US.
years upon years insiting of democratie to bring to other countries now this! The US must be annihilated and split in more regions, its military dismantled every base shut down , we have enough of the bully! The founder were criminals, pedophiles, warmongers, mental sick people this elite has fucked up the US and no reaction of the people!!!!???? Therefore guilty as charged, face the rage of the world till 2030 there will not be any anglo saxon on this planet! the americans are not fit for a proper state, you played you lost!!!
As shown by the US there will be no mercy.