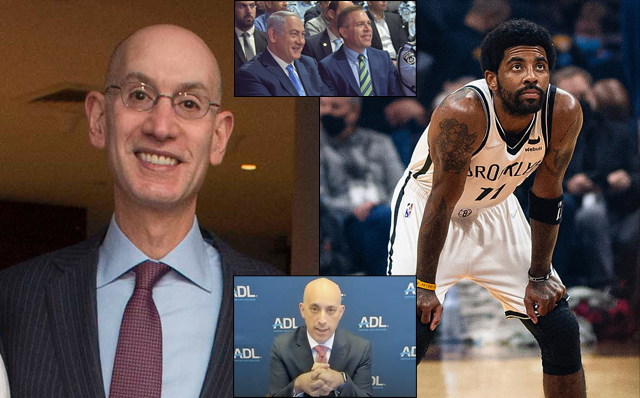 This is going to backfire spectacularly on Organized Jewry as Kanye and Irving have millions of fans in the Black community. Demonrats can kiss their ass goodbye.

Kyrie Irving Suspended by Nets For His 'Insufficient Apology For Anti-Semitism'; Israeli Ambassador Boasts He's Been 'Put In His Place'

Kyrie Irving was suspended by the Brooklyn Nets on Thursday for failing to apologize profusely enough for sharing a link to an "anti-Semitic" documentary, even though he pledged to work with the Anti-Defamation League to fight "hate" and pay them a $500,000 "donation" to get off his back just one day ago.


There is no room for antisemitism, racism, false narratives or misguided attempts to create animosity and hate," Sam Zussman, Chief Executive Officer of BSE Global, parent company of the Brooklyn Nets and Barclays Center, said one day earlier in a press release touting Irving's previous apology.

NBA Commissioner Adam Silver also condemned Irving, writing: "Kyrie Irving made a reckless decision to post a link to a film containing deeply offensive antisemitic material. While we appreciate the fact that he agreed to work with the Brooklyn Nets and the Anti-Defamation League to combat antisemitism and other forms of discrimination, I am disappointed that he has not offered an unqualified apology and more specifically denounced the vile and harmful content contained in the film he chose to publicize. I will be meeting Kyrie in person next week to discuss the situation."

Irving had agreed on Thursday to "donate" $500,000 toward unnamed "causes and organizations that work to eradicate hate and intolerance" and pledged to "work with the ADL" to fight anti-Semitism.
https://www.informationliberation.com/?id=63443
Tempting but ADL realizes it would be a PR disaster if they took the money
https://www.si.com/nba/2022/11/04/kyrie-irvings-500k-donation-wont-be-accepted-adl-ceo-says
--

NY Nets have delivered Kyrie Irving six items he must complete to return to team:

- Apologize/condemn antisemitic movie he promoted
- $500K donation to anti-hate causes
- Sensitivity training
- Antisemitic training
- Meet with ADL, Jewish leaders
- Meet with Joe Tsai to demonstrate understanding
https://nypost.com/2022/11/06/kyrie-irving-must-complete-six-steps-before-he-can-rejoin-nets/
Reader--"Can't Kyrie Irving just play basketball?...All the people who went to Jeffrey Epstein's Pedophile Island are still in the entertainment business and have suffered no penalty at all. Bill Gates and Bill Clinton went there over 20 times each. Did they have to do this for raping kids?"
77 yr old granny-- "Thank God for these young men for speaking up for all of us Americans who won't. It is their right to say what they want. I, a 77-year-old grandmother appreciate & admire these guys. I am definitely a fan! The Jews over stepped their bounds, as did Kyrie's team owner. This type of punishment behavior for speaking your mind has to stop!!!!"
--
Fiasco: Anti-Defamation League in Hot Water After Botched Attempt To Partner With Anti-Semite Kyrie Irving

"Pfizer's own numbers showed that 28 out of 29 pregnant women lost their baby. " 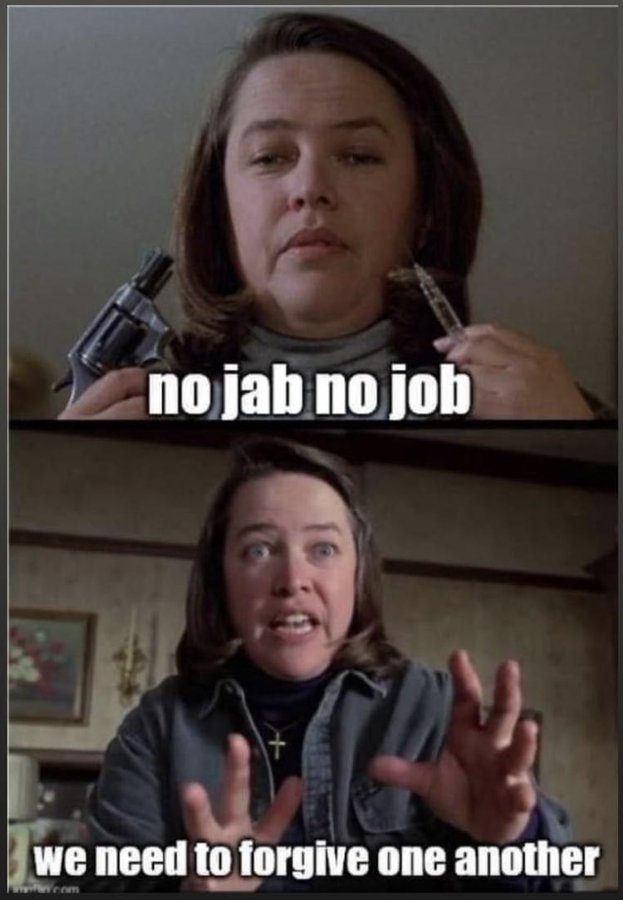 '100% Because of the Vaxx': Grieving Mother Vows To Bring Justice Following Death of Teen Daughter

---
Prof. Dolores Cahill: We Are Witnessing the Rollout of Agenda 21's Depopulation and Undermining of Society

In the video above Prof. Cahill said Covid-19 was the eighth planned "pandemic." "There were many of these before including the ones that were stopped by Professor Wodarg," she said.

Dr. Wolfgang Wodarg exposed and was instrumental in ending the 2009 Swine Flu Scandal.  His actions resulted in an investigation by the European Parliament "to look into the issue of 'falsified pandemic' that was declared by WHO in June 2009 on the advice of its group of academic experts, SAGE, many of whose members have been documented to have intense financial ties to the same pharmaceutical giants such as GlaxoSmithKline, Roche, Novartis, who benefit from the production of drugs and untested H1N1 vaccines."
https://expose-news.com/2022/11/06/agenda-21s-depopulation-and-undermining-society/
---
Former Russian President Dmitry Medvedev on Friday cast Russia's war in Ukraine as a sacred conflict with Satan, warning that Moscow could send all its enemies to the eternal fires of Gehenna.

Russia's invasion of Ukraine has killed tens of thousands and triggered the biggest confrontation with the West since the 1962 Cuban Missile Crisis when the Cold War superpowers came closest to nuclear war.

Medvedev, who once cast himself as a liberal modernizer as president from 2008 to 2012, said Moscow was fighting "crazy Nazi drug addicts" in Ukraine backed by Westerners who he said had "saliva running down their chins from degeneracy".

--
Sunak is neck-deep in Satanism
"This Is F*cking Concerning" - Russell Brand
At 7:50 you read about the company Theleme created by Sunak.
"Theleme" = 121 (Reverse) or 11x11.
7 letters.
Theleme Partners (mentioned at 7:50) had a big investment in Moderna - https://awkwardgit.substack.com/p/theleme-partners-moderna-and-rishi

On Bitchute https://www.bitchute.com/video/3mvsqAto98kA/
TheologyEd explains at 7:50 Thelema and the number 93.
Thelema is a religious and philosophical occult system and was founded by Aleister Crowley - https://en.wikipedia.org/wiki/Thelema
Theleme and Thelema are just one letter different and Sunak would surely be aware of this.
Much of the explaining on this video is way above my head of course but the connection is clearly made and what is being done is witchcraft magic.
"Theleme" = 121 (Reverse)
"Thelema" = 125 (Reverse)
121+125 = 246 and 246+642 = 888.
In Greek gematria Jesus = 888.
Is that why they chose those two names? To mock Jesus
https://www.youtube.com/watch?v=XCq9WBs6gzU&t=313s
5/11/2022
--
Joseph Mercola----Boycott Payputz
PayPal's true function is as a politically biased extremist-activist platform
Natural health organizations, antiwar journalists, Christian organizations, anti-child-grooming organizations, nonprofits fighting vaccine mandates, organizations promoting early COVID treatments, alternative media and free speech unions are among those who have had their PayPal accounts canceled without warning
PayPal is also seizing any money you might have in your account on the day of deplatforming. Funds may or may not be returned to you after a six-month review.
https://articles.mercola.com/sites/articles/archive/2022/11/05/stop-using-paypal.aspx?ui=6bd3c04d6957fef5fccccaaa8ed939a640002790d32f0b273ccc32ff92e9a6f0&sd=20100119&cid_source=dnl&cid_medium=email&cid_content=art1ReadMore&cid=20221105_HL2&cid=DM1280416&bid=1637486409
-- 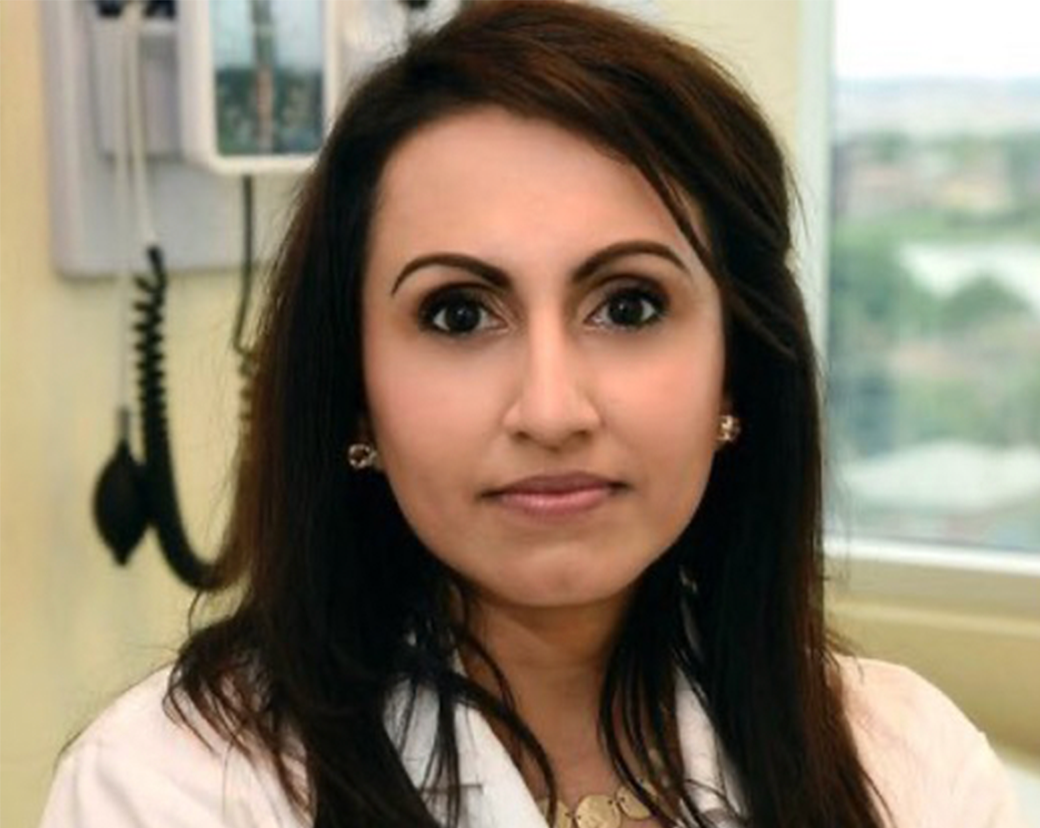 Anti-lockdown Canadian doctor ordered to pay over $1 million in legal fees after libel suit fails
In late 2020, Gill took legal action against a group of 23 doctors, academics, reporters and a former president of the Ontario Medical Association, for allegedly damaging her reputation as a medical professional for unfairly attacking her anti-lockdown stance.

--
Westerners blissfully ignorant of the danger they face
The Kremlin statement, issued on Nov. 2, accused Western powers of "encouraging provocations with weapons of mass destruction" and called on the West to stop or face the prospect of "catastrophic consequences."

Almost half of U.S. voters believe the federal government is controlled by a "secret cabal," according to a former Obama pollster.
https://www.infowars.com/posts/shock-poll-nearly-half-of-voters-believe-secret-cabal-controls-u-s-government/ 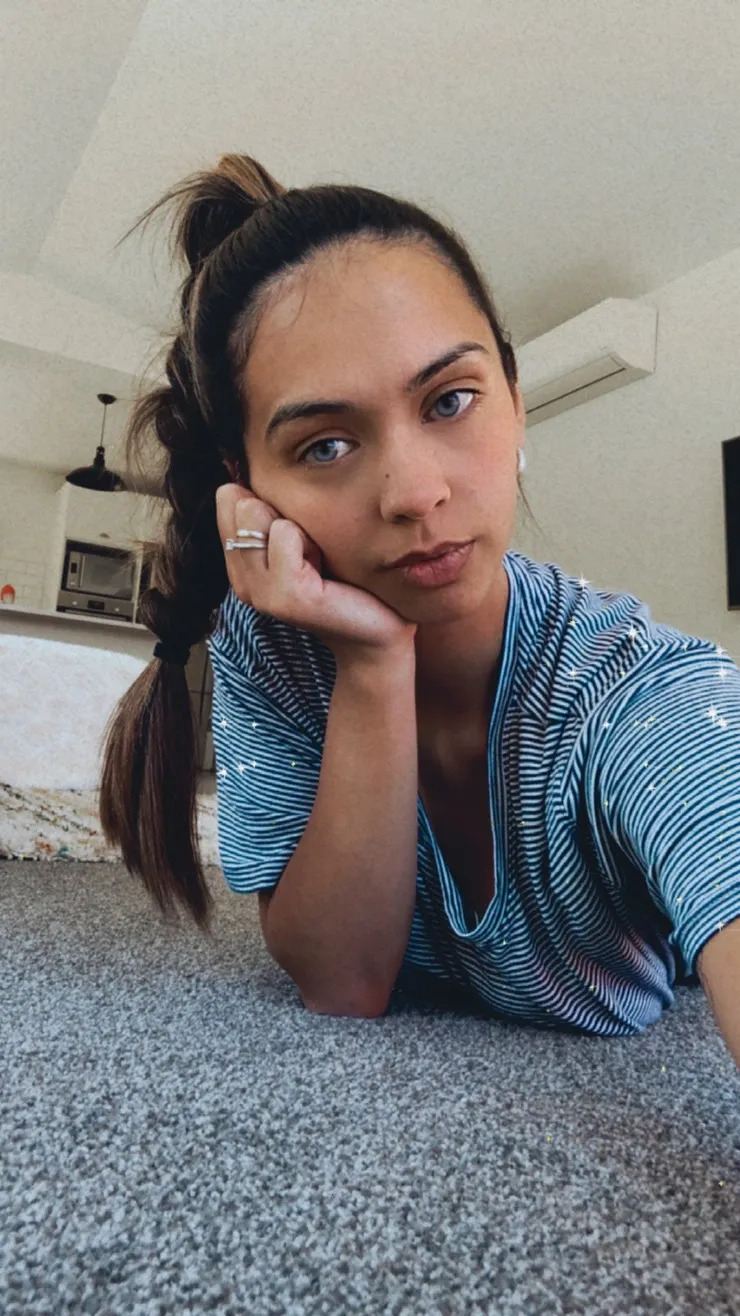 Living on edge and in fear, as this has definitely created anxiety, which I never really had before. This has traumatized my kids and my family. It absolutely sucks, and there's no one to blame or take responsibility for it, as this was forced upon us."
https://en-gb.facebook.com/groups/realnotrare/?mibextid=HsNCOg
--

The No.1 VAERS Adverse Report for Children is 'PRODUCT ADMINISTERED AT INAPPROPRIATE AGE'

Julia Harbeck MD----"For those who are still practicing. I am sure we are all aware of the increase of sudden death syndrome. Are you seeing more of it. Are you seeing your cancer patients who were in remission having a sudden return and it being very aggressive? I am alarmed by the people dropping from arrhythmia's and strokes in a group I would not expect to see it in. Since I now retired I was wondering if your seeing the increase?

Lesbian, 30, who was having a baby to please her mother dies in childbirth 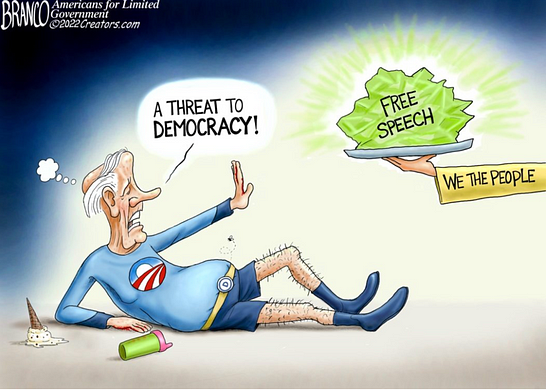 Left-Shameless Satanists
Paul Schreyer: Pandemic simulation games - Preparation for a new era?
Political decisions during the Corona crisis did not come out of the blue. The "war on viruses" began back in the 1990s as the "war on bioterror." Research shows: For more than twenty years since then, pandemic scenarios have been repeatedly rehearsed in simulation exercises, first in the U.S., later coordinated internationally. The titles of these exercises are reminiscent of Hollywood productions: "Dark Winter" (2001), "Global Mercury" (2003), "Atlantic Storm" (2005) or "Clade X" (2018). High-ranking government representatives as well as well-known journalists were involved, most recently, at "Event 201" in October 2019, also board members of large global corporations. After the World Health Organization (WHO) declared a coronavirus pandemic in 2020, many of the measures that had been rehearsed and discussed for years were implemented globally.
https://odysee.com/@BackToTheLight:7/paul-schreyer-pandemic-simulation-games-%E2%80%93-preparation-for-a-new-era-mediarebell:0
-- 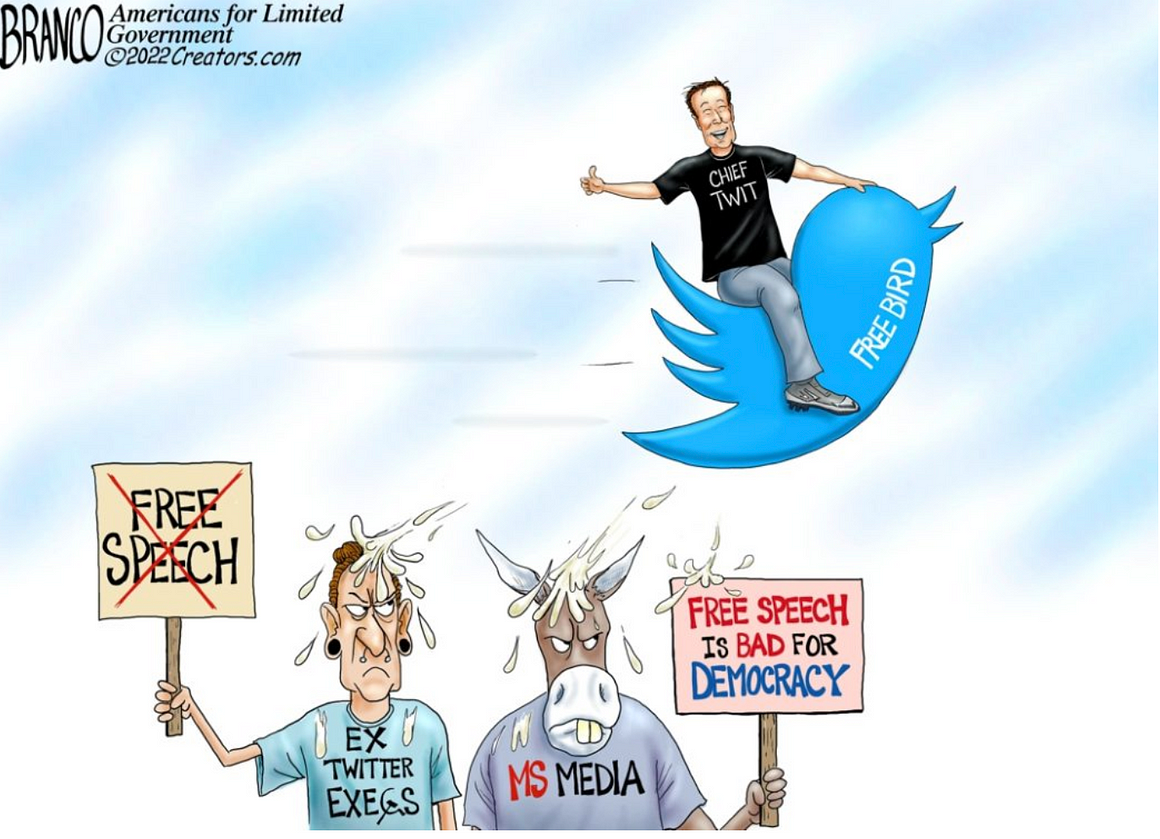 War Breeds Empire, Death, Starvation, Genocide, and Hatred, and The U.S. Is the Most Heinous Perpetrator of War in the History of the World

The top executive for a U.S. energy supplier in the northeast, said that far-left policies are restricting energy production and preventing it from keeping up with critical consumer needs in the region. 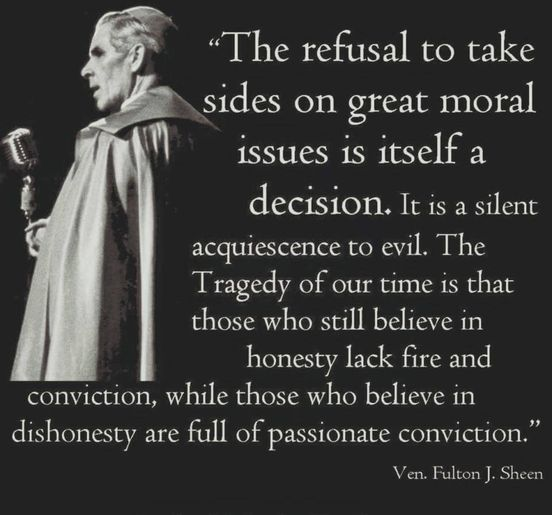 Here is a web site with stories about people suddenly dying from the covid shots:

Stew Peters' new documentary about individuals all over the world suddenly dying - by implication by the covid shots - streams November 21st.

A Lost Small Town
Running Errands in the Wake of Emotional Violence, USA


"But these days, I am obliged to maintain a fervent inner monologue, just so I can pleasantly go about my business in the local hardware store, in the local florist, in the post office. Because an emotional massacre has taken place in these little towns. And now we are expected to act as if -- this never happened at all.

But psychically, emotionally, there is blood flowing in the streets; and bodies are stacked up, invisible, in front of the candy stores, the high end wine stores, the pretty memorials to the World War Two dead; outside the farmers' market on Saturdays, outside the tapas bars.

The viral clip of the Pfizer marketing rep, admitting to the European Parliament that the mRNA vaccines never stopped transmission, should make every single one of these moments, into a source of deep embarrassment and self-criticism for all those people -- all of them --- who inflicted these violations of privacy on others, or who excluded in any way, their neighbors and fellow countrymen and women. They did so, it is clear now to all, on the basis of arrant nonsense.

But meanwhile, I forgive them. I have to. Because otherwise the rage and sorrow would exhaust me to death.

This is part of a troubling trend of left-wing terror against Republicans that is sweeping the nation.