Nov. 15 - Demonrats in "Biggest Financial Fraud Case in US History"

Please send links and comments to hmakow@gmail.com
The Democratic Party finds itself in the middle of the biggest financial fraud case in US History
Ukraine money was laundered back to Demonrats through FTX so they could buy the midterms
https://www.youtube.com/watch?v=B9wMUhhYjGY

"People tend to remember when you've stolen from them."
Mankind is impaled on the talons of a giant criminal cartel.
--
FTX CEO Sam Bankman-Fried - once dubbed 'the next Warren Buffet' before his downfall - rubbed shoulders with Tony Blair, Bill Clinton, Orlando Bloom and Katy Perry at $3,000-a-head Bahamas crytpo festival (but now his famous friends have gone dark) 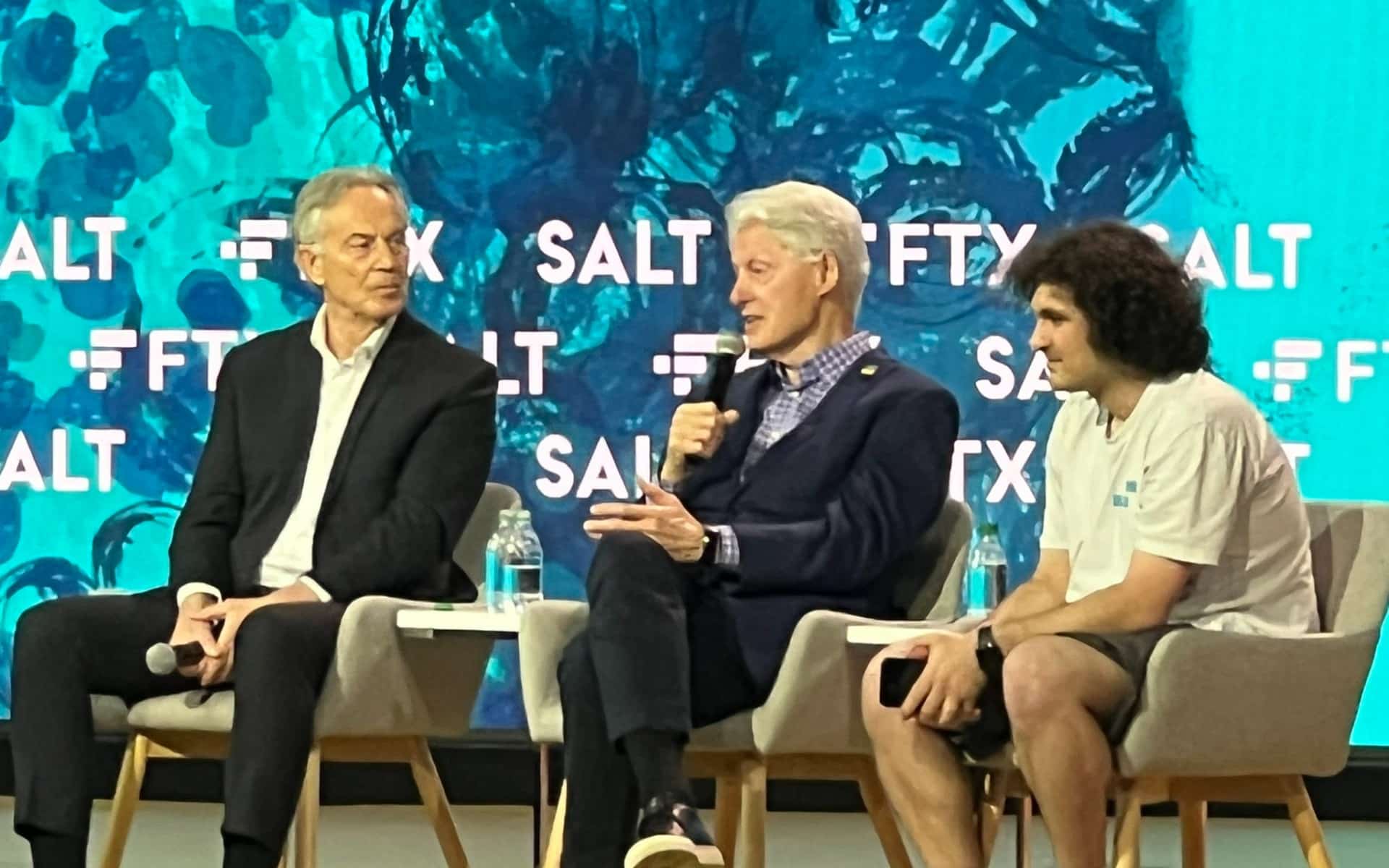 Web archive sites show that the World Economic Forum -- whose glitzy shindig in Davos, Switzerland, is a must-attend for billionaires and world leaders each year -- had previously listed FTX as one of its "partners," touting the Bahamas-based firm as a "cryptocurrency exchange built by traders, for traders."

Bankman-Fried also was a speaker at Davos last May alongside luminaries such as Google financial chief Ruth Porat and Bill Winters, CEO of the London-based financial giant Standard Chartered. Nevertheless, WEF has since scrubbed any mention of FTX from its website in the days after the crypto exchange filed for bankruptcy.
https://nypost.com/2022/11/14/how-world-economic-forum-others-are-hiding-past-ties-with-ftx/
--Jim Stone - We are witnessing a communist revolution via vote fraud. One thing I would like to point out is the fact that the lack of any response from Republicans means they are in on it also. The fraud is so out in the open that it is obvious they know, there are no secrets to any of this.
To be clear: The Republicans who are playing the part and "voting correctly" to "establish a clear conservative record" are also flaming leftist commies just like those who advertise being so, because when it all comes down to busting the fraud they are nowhere to be seen - and they know. They obviously know.
http://www.jimstone.is/1/.th5.html
------------
--Sorry we called you anti-vaxxers, caused you to lose your jobs, and had your kids thrown out of college. It turns out you were right 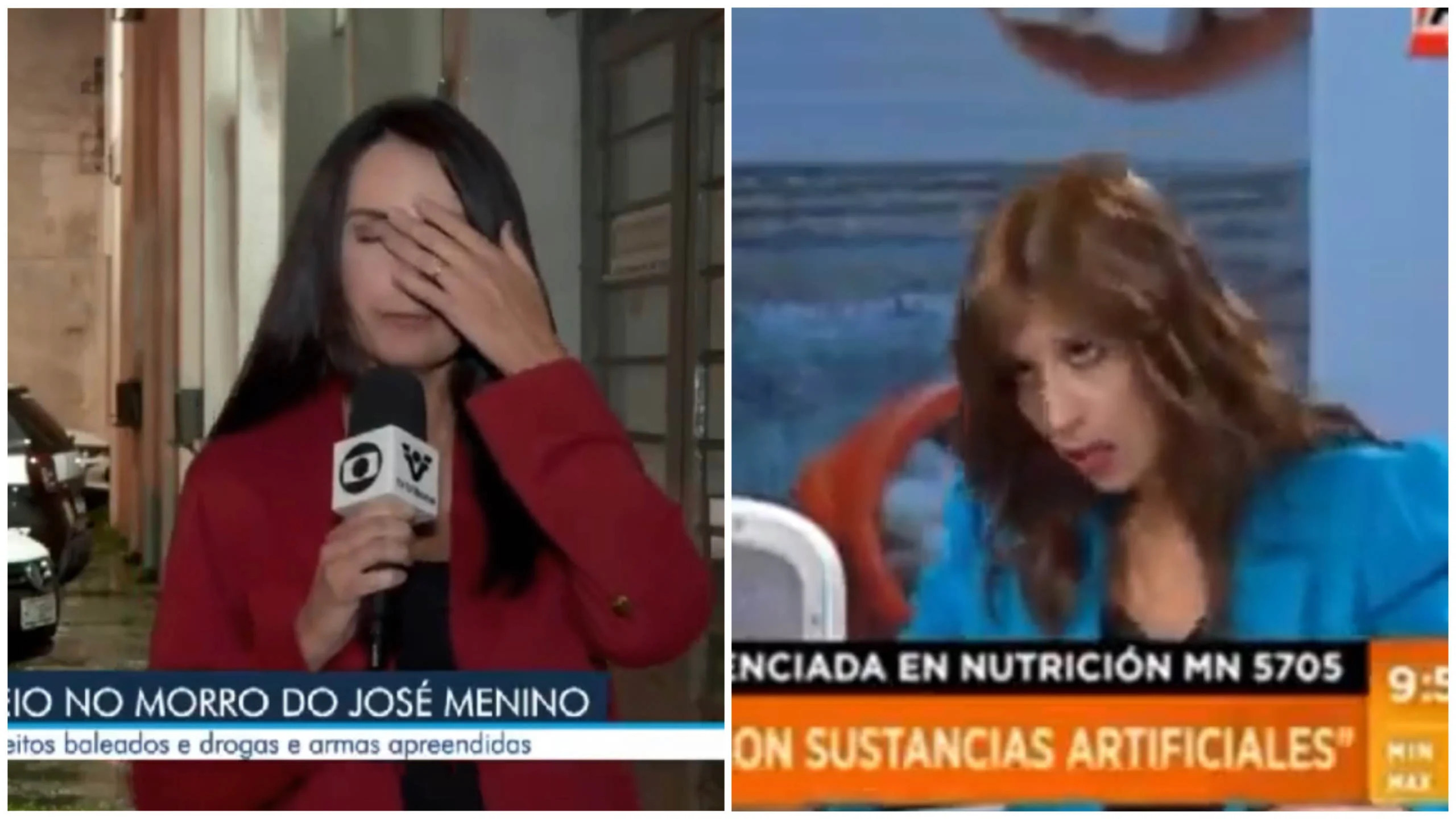 
Dr. Michael Yeadon: "This Is the Cleanest Signal of Reproductive Harm After C19 Vaccination I've Seen to Date"
https://lionessofjudah.substack.com/p/dr-michael-yeadon-this-is-the-cleanest
see links below article 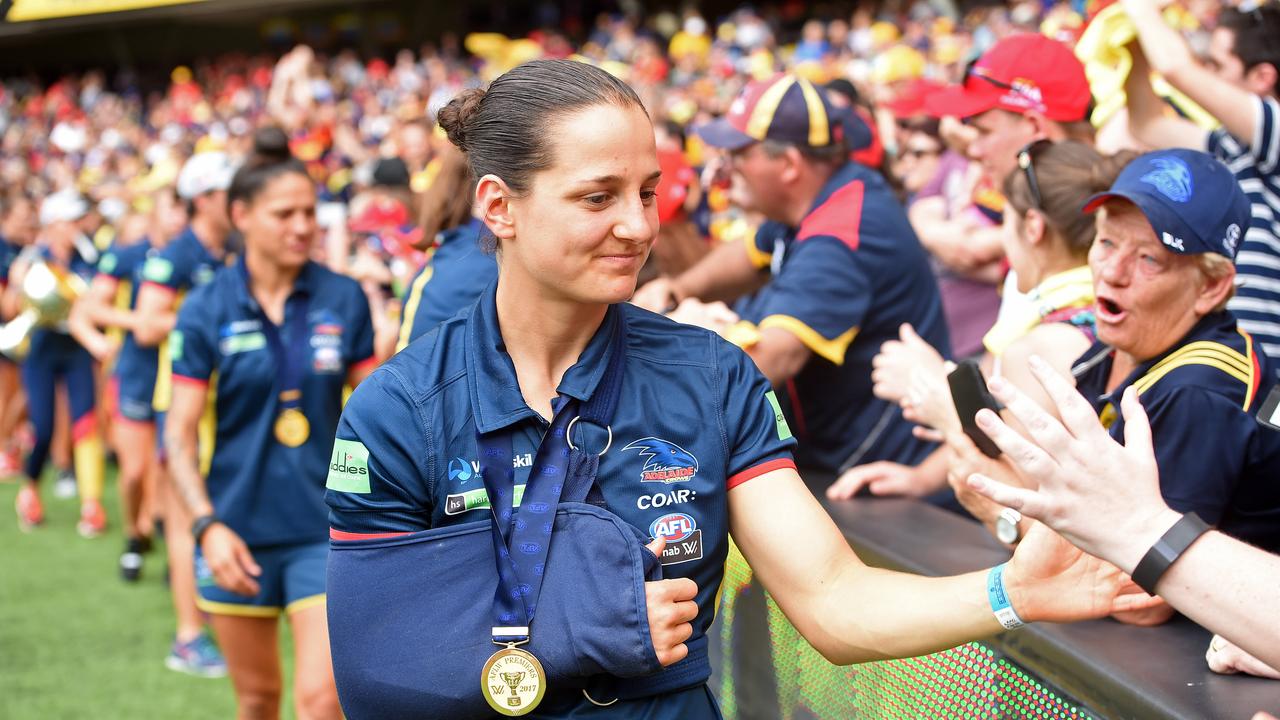 The AFLW has been left in shock after it was revealed premiership winner Heather Anderson had passed away aged 28.

Here is a full list of people who are being actively investigated for crimes against children. Many say that arrests have already taken place but no one can confirm this. Something to ask yourself as you review this list.... if these were false allegations, wouldn't someone have stepped up by now? 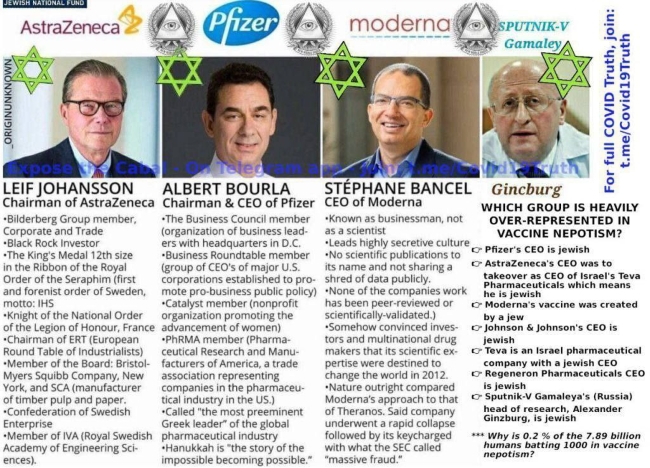 https://kingworldnews.com/greyerz-32-billion-implosion-of-ftx-may-usher-in-collapse-of-the-entire-global-financial-system/
--
Robin William's Last Words   -shocking
https://youtube.com/shorts/pRqwgQBvIB8?feature=share Felt loved for his money
--
Russ Winter
The Assassination of President McKinley: More Hidden History of the Usual Suspects
https://www.winterwatch.net/2022/11/the-assassination-of-us-president-mckinley-was-not-at-all-what-it-seemed/Winter Watch suggests that McKinley (1843-1901) may have in fact been a target of the usual suspects -- headed by Jacob Schiff, JP Morgan and the Rothschilds -- because he was a strong proponent of sound money, opposed central banking and utilized protectionism for American goods. McKinley could also be characterized as an America Firster nationalist, as opposed to an internationalist.
-
Whitney Webb- We are ruled by professional criminals 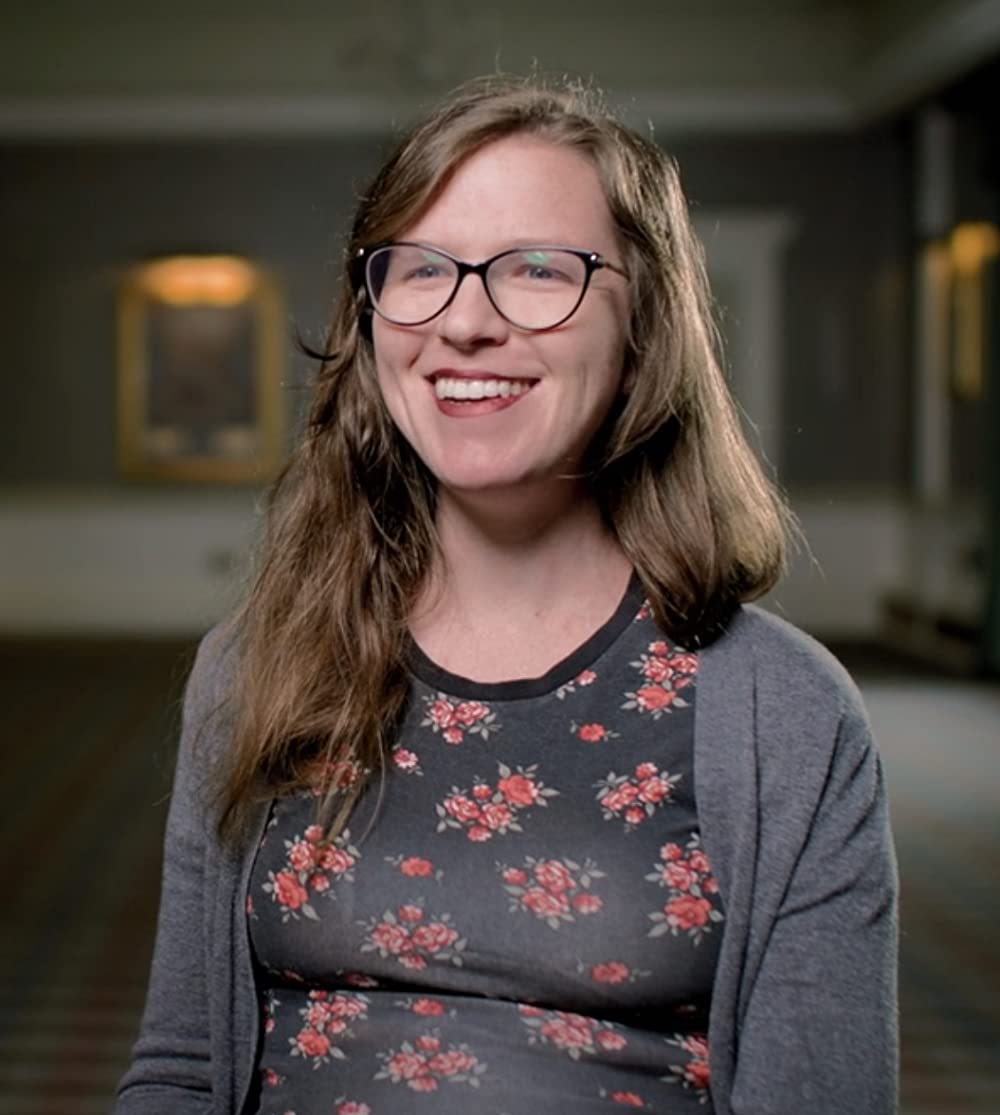 The Octopus, Explained
Reviewed in the United States on October 15, 2022
Verified Purchase
"If you read Whitney Webb's "One Nation Under Blackmail" you'll understand that rogue elements (usually at the top) of the Office of Naval Intelligence, CIA (formerly OSS), FBI have been closely cooperating since WW2 with the National Crime Syndicate (Jewish and Italian) in the realm of drugs, gun-running, money laundering, human trafficking and other rackets. Epstein was a CIA and Mossad asset, just a cog in the wheel, one of many working on financial scams and procuring sexual blackmail against major politicians of both wings of the monoparty. Alas, Trump was also a frequent visitor to Epstein's island, as were the Clintons, George Mitchell, Bill Richardson, Dershowitz, Bill Gates and many more. Ghislaine Maxwell's father Robert, the media mogul, before his suspicious death, managed to tie together Yakuza, Triads, Tongs, Russian Mafia, American Mafia and the various intelligence agencies of the world in a gigantic web of corruption. It is known as the Mega Group."
55 people found this helpful
https://www.amazon.ca/One-Nation-Under-Blackmail-Intelligence/product-reviews/1634243013/ref=cm_cr_getr_d_paging_btm_prev_1?ie=UTF8&reviewerType=all_reviews&pageNumber=1
--------

Jim Stone (again)
The Iran Mission Center will bring together analysts, operations personnel and specialists from across the CIA to bring to bear the range of the agency's capabilities, including covert action, The Wall Street Journal reported on Friday.
The anti-scarf campaign is run by Masih Alinejad who works for Voice of America's (anti-)Iranian TV program and other U.S. "regime change" media outlets.
The woman is an interesting asset. Her real name is Masoumeh Alinejad but she uses Masih, the Persian language word for "anointed" or "Messiah", as her artist name. She is now 41 years old and lives in New York.

Quotes from "Anti-Semites" throughout history

http://www.biblebelievers.org.au/repute.htmhttps://www.youtube.com/watch?v=1ZnwoWPNe4c&t=113s
"CONSPIRACY THEORISTS" WERE RIGHT ALL ALONG!!!
Dan Wooten lists the ways we have been betrayed and raped by our governments, medicine and the mass media. The enormity of the hoax is slowly dawning on millions of people. YouTube is hosting videos like the one above.. For whatever reason, there has definitely been a sea change. https://www.gbnews.uk/dan-wootton-tonight