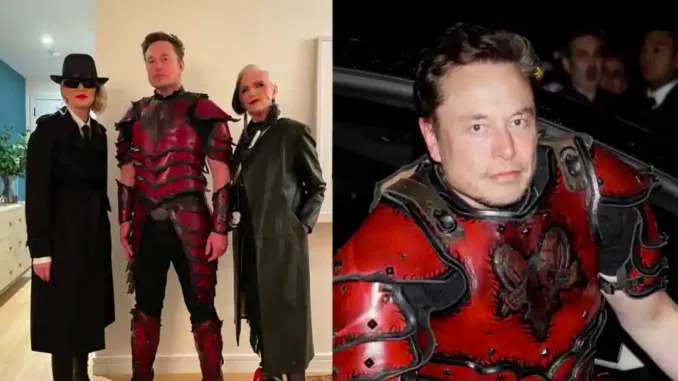 Billionaire Elon Musk was pictured wearing a Satanic-themed outfit arriving at Heidi Klum's Halloween party.
The red and black outfit worn by Musk featured an image of Baphomet carved into the chest plate with an upside down cross between its horns.


Marion Koopmans is a virologist from the Dutch government, who also worked in the notorious Wuhan biolab. During an interview on national television in The Netherlands, she had a revealing slip of tongue...Koopmans stated that for several years the WHO had a plan for 10 years of pandemics, from 2020 to 2030.  "This is the first pandemic" she added.

--
Mark Trozzi MD
A two minute video showing many famous celebrities who have been damaged or killed with the toxic misrepresented genetic so-called covid-19 "vaccines". It´s a sad last appearance on the screen for these celebrities.

If you're reading this article, you're probably aware that the COVID-19 'vaccines' are not vaccines, but bioweapons. Part 4, Part 5 and Part 7 of this series provides details on how the COVID-19 injections do not contain synthetic mRNA SARs-CoV-2 viruses, but are delivery mechanisms for parasitic Ai bioweapons. These Ai bioweapons are genetically engineered Ai hydrogel that's energy source is quantum dot powered by 5G and fiber optics.
https://karenkingston.substack.com/p/part-8-dismantling-the-covid-19-deceptions
--

Too bad he doesn't read henrymakow.com
GOP Senator Tom Cotton claims Dems are INTENTIONALLY turning US into weak country through 'critical race theory and transgender ideology' in ploy he calls 'decline by design' 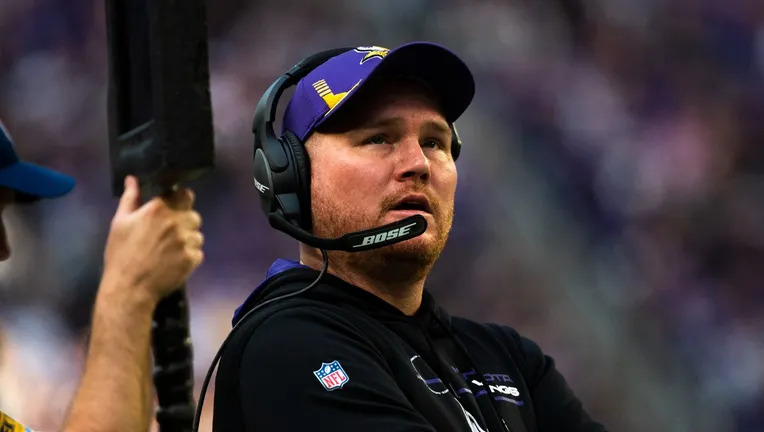 "Details or circumstances about his death are not known."----  OF COURSE THEY ARE KNOWN. He promoted vax.

https://www.fox9.com/sports/former-vikings-coach-adam-zimmer-dead-at-38
---
Within one minute the following post was taken down off of LinkedIn (not a huge surprise): Military Denies Lt. Col. Hortenstine Constitutional Rights, Bars him from Flying, Leading Marines

Those in "leadership" positions from all branches of the military, that did not push back on the unconstitutional vaccine mandates have failed as leaders and have caused irreparable harm to their subordinates, country, and Constitution! If our military "leaders" who swore an oath to support and defend the Constitution of the United States against all enemies foreign and domestic are not going to fight for right and freedom, than who will?

How did so many forgo taking care of their people and cowardly go along with these destructive mandates without asking any questions?  The mandates are but one instrument of tyranny being pushed today by this administration, there are countless others. If anyone was misled prior, there is no longer an excuse. It is crystal clear that the jabs are not safe or effective and must be resisted by all, especially "leaders" in our military.  Complacency and cowardice are unacceptable.

I'm asking each and every one of you to remember why you joined the military.  It was not to live comfortably and to avoid risk, it was to fight for the country you love and to ensure your family and loved ones were able to live peacefully and freely.  Today, every single American is being threatened and their peace and freedom is being chipped away upon.  Millions of Americans have already been irreparably harmed by the mandates and the nightmare has only just begun. We must all resist the tyranny and demand justice now!  I am asking you all to stand up and make your voice heard!  United we stand, divided we fall!

Success is our only option, WE have a country to save! If not for you, your children and grandchildren!

Twenty per cent of Canadians skipping meals to cut down on food costs: survey

Just over 30 per cent of respondents said they were eating less healthy food because it was cheaper. Nearly five per cent had stolen food out of necessity 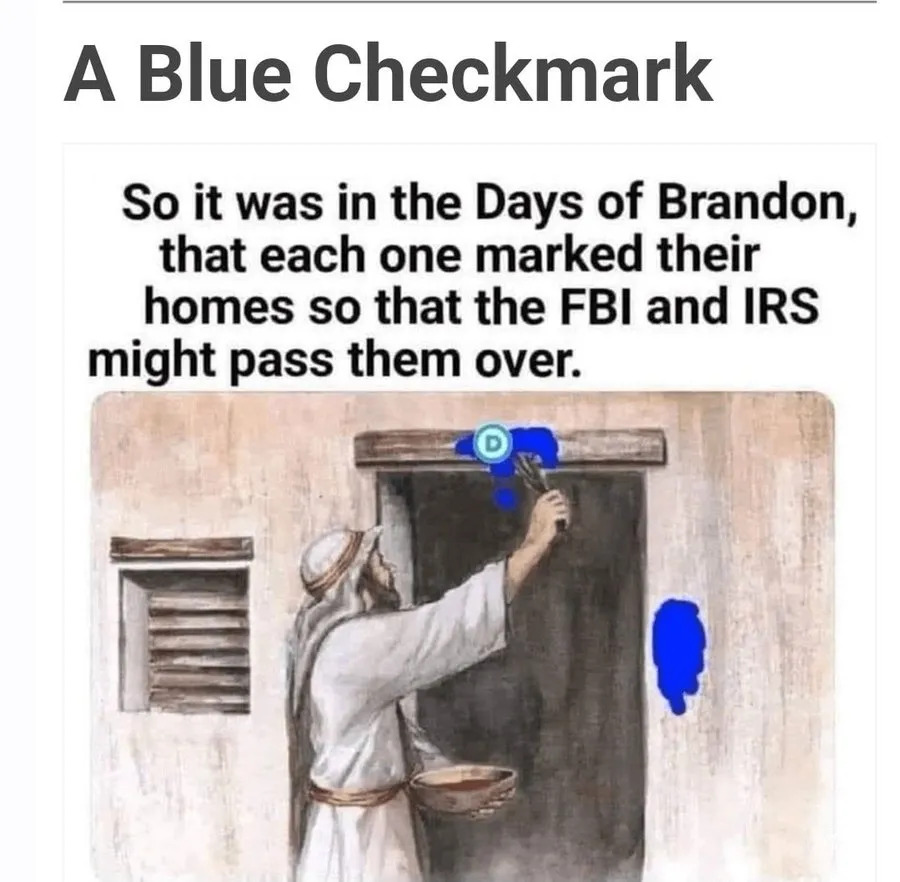 PROOF COVID IS A PARASITE; BIOTECH ANALYST HAS PROOF COVID & VAXX ARE BIOSYNTHETIC/HOW TO TRACK THE VAX WITH YOUR PHONE! THE BLUETOOTH CHIPPED LINK BELOW

The third video with Stew Peters and Karen Kingston is a must listen.
https://karenkingston.substack.com/p/part-8-dismantling-the-covid-19-deceptions https://beforeitsnews.com/terrorism/2022/10/breaking-cesium-137-in-the-vax-todd-callender-dr-lee-vlietdied-suddenly-compilation-2462816.html

On today's Dr. Jane Ruby Show, Dr. Bryan Ardis says he was WRONG in his original report about the King Cobra and Krait snake venom that produces the C19 illnesses. He brings the Italian study from last year identifying that the bioweapon is designed to get people to make a synthetic form of snake venom toxins to poison the self, and that 3 societal groups were successfully targeted after the elderly were culled.

https://rumble.com/v1qferr-worldwide-exclusive-dr.-ardis-was-wrong.html
Dr. Merritt - Vaxx, Cancer & Synthetic Parasites + 5G & Kingston on Why All - To make us a new, controllable species - stated near the end. This is a powerful redo on our understanding of what the vaxxes do.
https://rumble.com/v1pugsz-its-all-parasites-cancer-vaccines-remedies.html
--

Doctors take an oath; so do police.


Currently many governments and medical regulators participate devotedly in the covid crimes against humanity. They pressure doctors into being genetically injected and joining in the crimes. They threaten and attack our careers and livelihood if we do not. Physicians who comply with the unlawful covid agenda are defiling their oath, and participating in the covid crimes against humanity. Meanwhile, many ethical doctors who maintain our oaths, are serving and protecting the public independently, as free men and women, acting lawfully to protect our fellow humans.


Police also take an oath upon entering their profession. It generally includes upholding the rule of law, human rights, and the constitution, which in Canada includes the Canadian Charter of Rights.


Like the doctors, many police have been coerced and manipulated not only into being genetically injected, but also into enforcing unlawful mandates. That means they also now exist and act in contradiction to their oaths. Similarly to the ethical doctors, many ethical police now serve us independently, as free men and women, who maintain their oath to "ensure the safety of their community and the preservation of human life."


Mark Sexton is a fine example of one such policeman. This UK "former" police officer works tirelessly to uphold the law and stop the covid crimes against humanity. He is a great role model for us all, especially police. Here we see Mark Sexton in action upholding the law and defending fellow men and women at a "vaccine" center where the highly toxic and misrepresented covid-19 genetic substances are injected daily into unsuspecting and coerced men, women, and children. 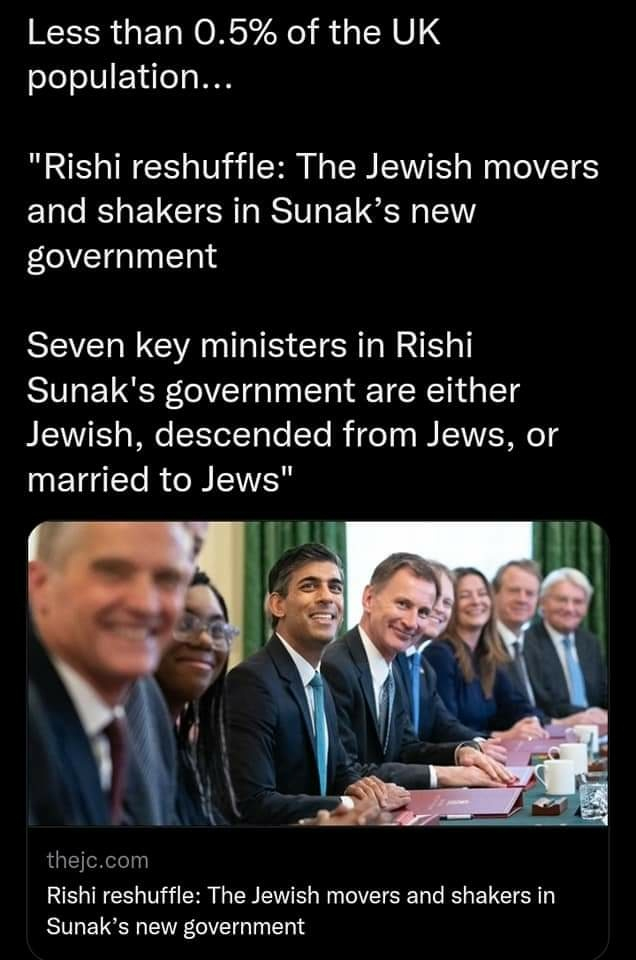 Thousands of Germans in Dresden protest against the EU's sanctions on Russia. They don't want to starve or freeze to death for Ukrainian President Zelenksy's war. A war provoked and engaged in by the USA, EU and NATO. Take a look:

They prepping us for Zombies? In a Nice Way, FOX NEWS Tells Us Why Doctors are Baffled by "Walking Dead Syndrome"
https://www.investmentwatchblog.com/they-prepping-us-for-zombies-in-a-nice-way-fox-news-tells-us-why-doctors-are-baffled-by-walking-dead-syndrome/
--
Not every vaccine is toxic
If You Got the fake vaccine and are not injured - This May Be the Reason

The more time police spend investigating thought crimes, the less they have to confront real crime.

--
Alberta's New Premier Under Attack For Refusing To Associate With WEF

"I find it distasteful when billionaires brag about how much control they have over political leaders," Smith said at a news conference Monday after her new cabinet was sworn in. "That is offensive ... the people who should be directing government are the people who vote for them."

The United Conservative Party premier said she is in lockstep with federal Conservative Leader Pierre Poilievre, who has stated he and his caucus will having nothing to do with the World Economic Forum.  Earlier this month, on her first day as premier, Smith stated that people not vaccinated against covid are the most discriminated group she has seen in her lifetime. 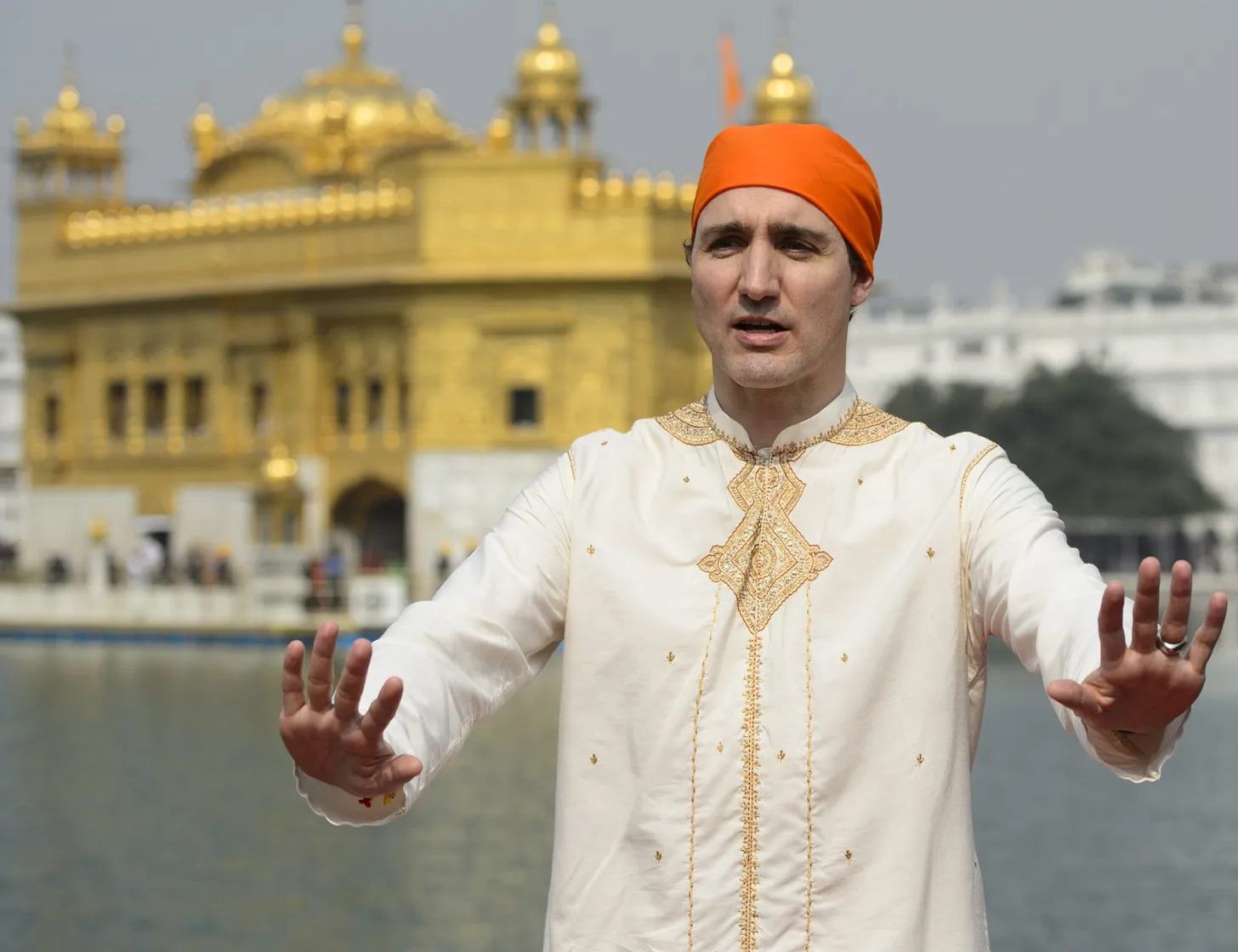 Former chief rabbi of Moscow Pinchas Goldschmidt on Thursday called on Russian Jews to flee the country after a top Russian defense official assailed the Chabad-Lubavitch Hasidic movement as a supremacist cult.

In an article for the government-owned Argumenty i Fakty weekly newspaper calling for the "desatanization" of Ukraine, assistant secretary of the Russian Security Council Aleksey Pavlov had claimed that the country was home to hundreds of neo-pagan cults, including the Chabad-Lubavitch sect.

"The main principle of the Lubavitch Hasidim is the superiority of the supporters of the sect over all nations and peoples," Pavlov wrote.

In a tweet, Goldschmidt, who also serves as the president of the Conference of European Rabbis, decried the security official's remarks, along with other recent measures by Russian authorities, as antisemitic.

"An attack by the Russian government against Chhabad, as well as the attacks against the Jewish Agency for Israel, are antisemitic acts against all of us," said Goldschmidt, who fled Russia earlier this year after working in the country for decades
https://www.timesofisrael.com/ex-moscow-chief-rabbi-calls-on-russia-jews-to-flee-after-top-official-attacks-chabad/
apology

'Died Suddenly' film connects the dots on the depopulation agenda behind COVID vaccines
'This is the greatest orchestrated die-off in the history of the world,' one commentator alleged. 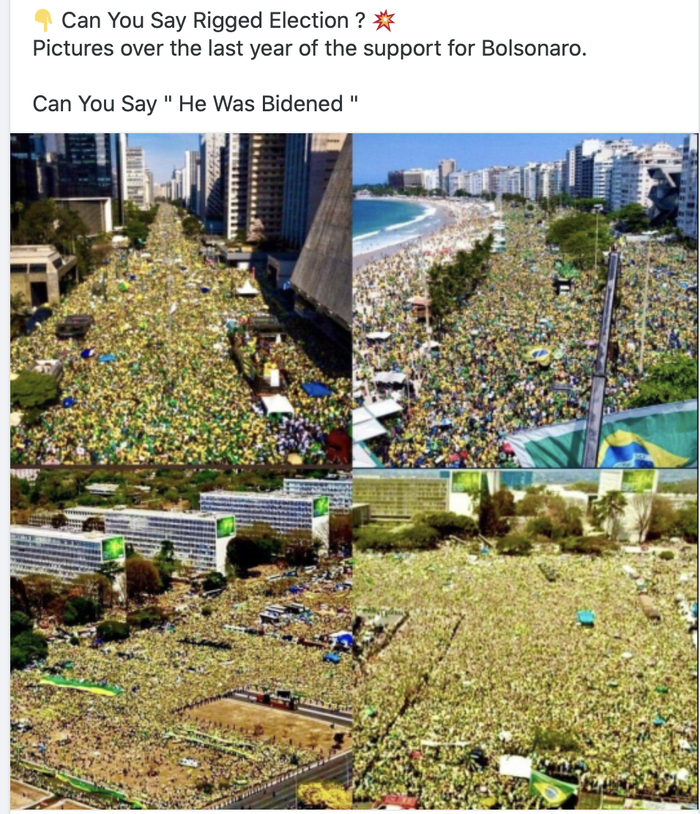 On Tuesday Matthew Tyrmand said Jair Bolsonaro will deliver remarks later tonight.  According to Tyrmand, his contacts are telling him Bolsonaro may invoke the Constitution to demand the military hold an audit of the impossible results.

Bolsonaro may also jail the radical leftist court justices who made it a crime for populist party to campaign effectively.

Bolsonaro is not going quietly.  He is fighting back.

In his book "Supergods: What Masked Vigilantes, Miraculous Mutants, and a Sun God from Smallville Can Teach Us About Being Human," Morrison reveals himself as a new-age purveyor of extreme magical thinking. This is the post-911 version of the tune-out peacenik. Instead of hard peace work (and risk) on the ground, the customer is encouraged to enter into his own pigs-can-fly internal imaginary mental world.
-
Paul Craig Roberts - The United States Has Been Overthrown


In Woke America, this is the situation today.  You can also tell a coup has occurred when traditional patriots like Make America Great Again Trump supporters and Oath Keepers are demonized by media and government officials as "domestic extremists," persecuted, and imprisoned on false charges, such as the Americans who attended a rally in support of Trump and were  turned, with Republican complicity, into "insurrectionists" who tried to seize control of the government by taking selfies of themselves sitting in Nancy Pelosi's chair.

Kanye: My Lawyer Told Me I'll Lose Custody of My Kids If I Keep Up The 'Anti-Semitic Rhetoric'