Mass Murderer was an RCMP Informant 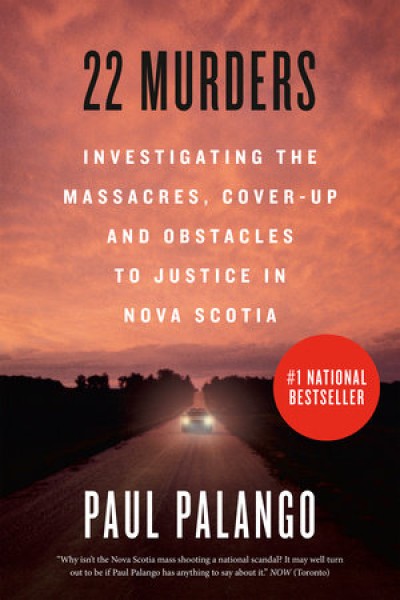 April 2020 mass shooting in Nova Scotia has all the signs of a psy op for gun control
Two years ago, because of a 51-year-old mass murderer, many Canadians can spell the word Portapique. The male gunman killed 22 people, some of whom he knew. Many people now know Portapique is a village with barely 100 inhabitants in winter (250 in summer) in central Nova Scotia, a 90 minutes drive from Halifax.
Investigative journalist and author Paul Palango has written an excellent book, 22 Murders: Investigating the Massacres, Cover-up and Obstacles to Justice in Nova Scotia, documenting the Portapique massacre, the deadliest killing spree in Canadian history.
Book Paints Bleak Picture of RCMP Inaction
by Judy Haiven
(excerpts by henrymakow.com)
22 Murders presents what might be the strongest argument for defunding and disbanding the RCMP.

Their lies, their omissions, their lack of curiosity, their laziness and the incredible incompetence of the federal police are breathtaking. To give blunt proof, after Wortman shot 13 people between 9 pm and midnight on April 18, 2020 and set several buildings in Portapique on fire, police decided he posed no further threat.
Officers couldn't find him in the darkened village and didn't know about a back road along a blueberry field which provided a ready exit. Police found it simpler to believe the killer had succumbed to suicide or disappeared somehow&mdash;not that he escaped. But with barely any roadblocks in place, the police -uniform-clad Wortman had accessed a back road and fled behind the wheel of a kitted-out fake RCMP cruiser, filled with a stash of firearms.

That night, the RCMP never bothered to communicate with local residents, or with the Truro police who were only 38 kilometres away. The RCMP never sent out an effective mobile phone alert, nor did they contact the media to issue a warning. The RCMP didn't go house-to-house in the village to check on residents.
Even after a 12-year-old boy called 911 to report that he, his brother and two other children were hiding in a basement, afraid of the gunman (after their parents lay dead on the front and back decks), it took the police more than three hours to rescue them. Indeed, it took the RCMP more than 18 hours to check on village residents by going door-to-door. 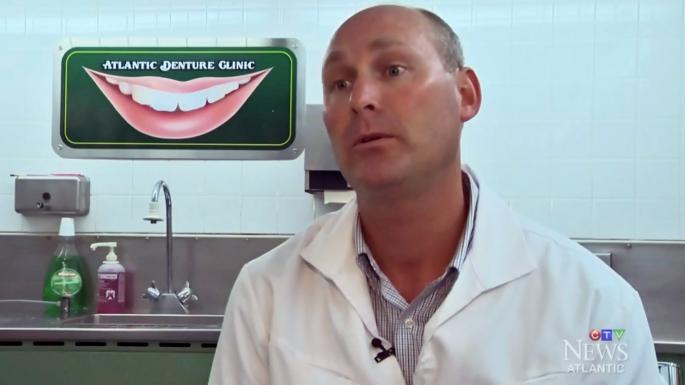 (After prolonged killing spree, Denturist Gabriel Wortman was finally killed by police)
Late that Saturday night and early on Sunday morning, the RCMP folded in on themselves, hunkered down and kept quiet. On Sunday morning, Wortman managed to easily gun down nine more unsuspecting victims when he first briefly stopped two cars on a country road (to kill three women). He then drove through a couple of nearby villages where he murdered six more people including a woman RCMP officer. After stripping off his uniform and trading his fake cruiser for a victim's vehicle, Wortman took off down the highway toward Halifax....
INQUIRY WAS A FARCE
All media representatives that attended the Mass Casualty Commission had to agree to not publish or report on anything till the inquiry formally released it. This embargo on evidence, testimony or documents seems bizarre in a public inquiry. In fact, I was asked the first day I attended to agree to the government's embargo and, when I refused, I was not allowed to obtain a press credential, or permitted to attend certain media briefings.

In a series of recent Sunday-night broadcasts, The Nighttime Podcast host Jordan Bonaparte has interviewed Palango about the current state of the inquiry and about the background of the Portapique massacre. In a recent episode, Palango, who has written several noteworthy books critical of the RCMP, asked when was the last time a material witness in a murder case did not have to testify under oath. Lisa Banfield's wife of nearly 20 years, will not be called to testify, despite the fact she was with him that Saturday evening and possibly even into Sunday morning. Her immunity comes in part because the inquiry prides itself on being "trauma-informed";meaning no one can be compelled to testify. ...
Another issue The Nighttime Podcast examines is that there is credible evidence the killer was a police informer. At the very least, Wortman was chummy with several RCMP officers, all of whom refused to investigate earlier complaints about the firearms arsenal at his Portapique home, and at his denturist office in Dartmouth. As far as we know, Wortman had no firearms acquisition certificate and pressured others, including his in-laws, to buy him ammunition. There were also complaints about his threatening behaviour and penchant for violence. 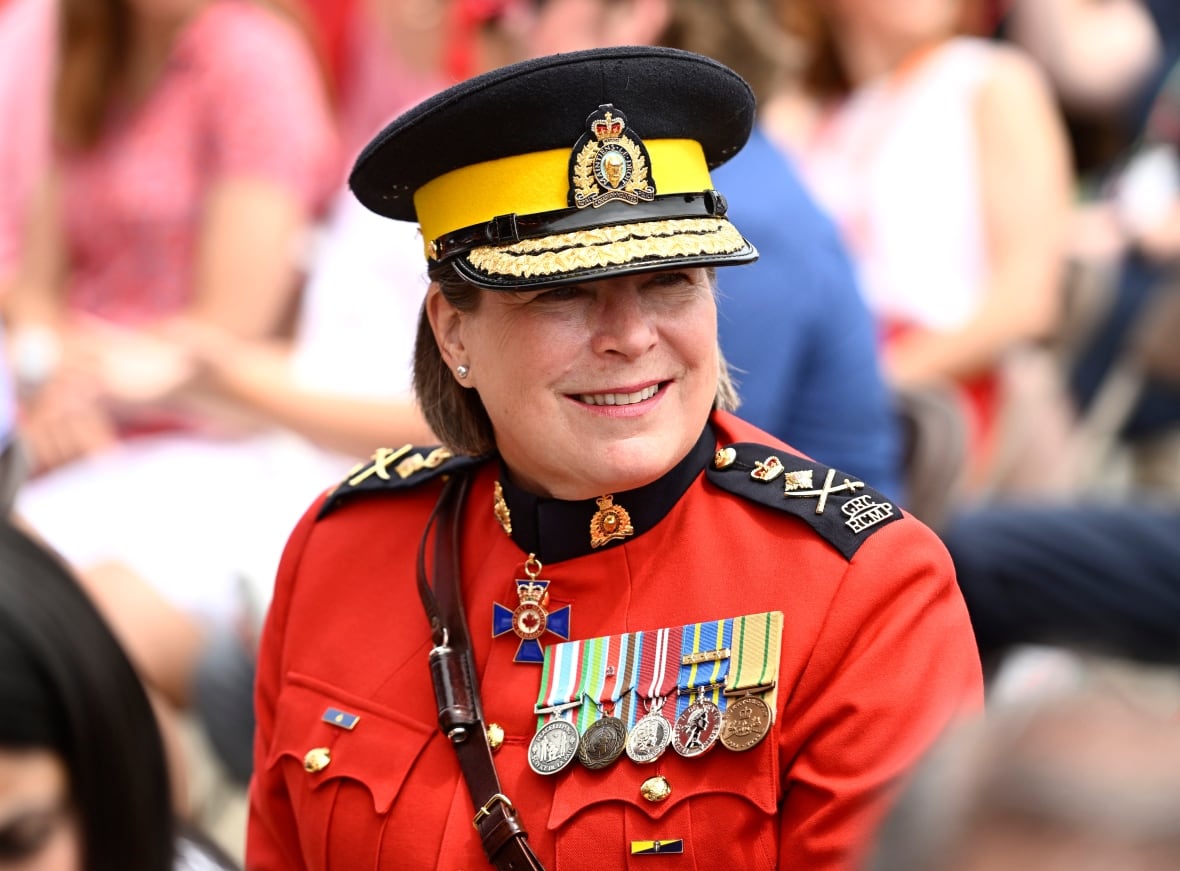 (left, RCMP Commissioner Brenda Lucki. Like her hat, the job is too big for her.)
Still, Constable Greg Wiley of the RCMP detachment in Bible Hill visited the gunman at his Portapique home at least 16 times over nine years in what were, essentially, social calls. Another officer told the inquiry that Wiley admitted "he was a good friend of Wortman's. Wiley was asked to investigate three things: threats Wortman had made to kill his own parents; a tip from Truro police that the killer said he wanted "to kill a cop" and at least one neighbour's concern about Wortman's violent behaviour toward Banfield. Wiley never bothered to track any of this down. Six days after the shooting, Wiley told RCMP investigators, "We get a gazillion threats complaints & everybody and their dogs phoning in."

Two years ago, Maclean's revealed that Wortman had withdrawn $475,000 in cash from the Brinks depot in Dartmouth. He stuffed the money into a large gym bag and locked it in his car's trunk. This was two weeks before the massacre.
A claim by some senior RCMP officers that Wortman had no &ldquo;special relationship&rdquo; with the force, in fact may not be true. A source close to the police confirmed the $475,000 came from CIBC Intria, a subsidiary of the commercial bank that handles some currency transactions.
According to the Maclean's article, sources in both banking and the RCMP say the transaction is consistent with how the RCMP funnels money to its confidential informants and agents, and is not an option available to private banking customers.
As the inquiry winds down, with a full report expected in six months, we have seen more to convince us that there is not even a slight chance that the RCMP --especially its top brass--will be held responsible for what happened. Though perhaps we cannot have known on Saturday, April 18, 2020 what Wortman was going to do, surely the RCMP's lack of care and attention helped to end nine people's lives on the Sunday morning.
Palango and Bonaparte call the inquiry a "spinquiry"; For the real story about what happened and whose to blame, you just have to read 22 Murders.
---
Judy Haiven is a retired professor of Management at Saint Mary's University in Halifax. She is on the steering committee of Equity Watch, an organization that fights against discrimination and bullying in the workplace. Check out her social activism blog at www.judyhaiven.ca.
Related-