"Antisemitism" is a Trap for Goyim 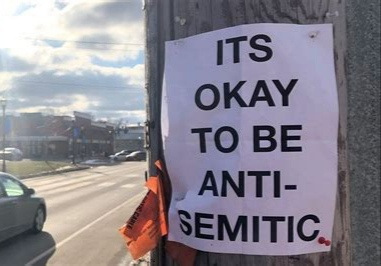 "Antisemitism" allows Satanists to depict our struggle to save freedom and civilization as "bigotry" and "hate."
The long-term goal of Organized Jewry (Communism) is to dispossess, kill and enslave the goyim.
The "self-Chosen" want to usurp the role of God, and with it our Divine Birthright.
That should be obvious from the COVID hoax, the lock downs, the toxic "vaccines," migration, gender dysphoria and the gratuitous war with Russia.  WEF "Advisor" Yuval Harari is calling for a "mass extinction" event.
Needless to say, this is a recipe for antisemitism.
Related - Even Jews Ask- Is Judaism a Satanic Cult?
by Henry Makow PhD
How would you like to be hated, persecuted and killed for things your government does without your consent?
Organized Jewry  i.e. Zionism, Communism, Freemasonry (B'nai B'rith ADL) is the government of the Jews.
Organized Jewry pretends to speak for all Jews but it doesn't.  Ten per cent attend synagogue regularly and 50% say the "religion" is not important to them.  This is Disorganized Jewry.

Disorganized Jewry is stupid, intellectually lazy, cowardly and conformist like the majority of goyim. They go along to get along.
They are blissfully indifferent to the jeopardy Organized Jewry is placing them in. Do they think history won't repeat itself, as it has a habit of doing?
CONFLATING ALL JEWS IS A TACTICAL ERROR
Lumping all Jews together allows Organized Jewry to dismiss resistance to their satanic agenda as racial prejudice. It forces all Jews to circle the wagons and defend the boss. Opposing an illegitimate Jewish cultural, political and economic monopoly is reduced to "bigotry."
This is why Organized Jewry sponsors antisemitism. See  Rothschilds Staged Dreyfus Affair to Create Antisemitism  and The Zionist Protection Racket.  Their MO is to scapegoat assimilated Jews while shielding the Rothschild banking cartel and Freemasonry .
Funny how little mention there is of Freemasonry. Is that because the "conservatives" are Freemasons too?
Antisemitism is a easy way for Gentiles to evade their own responsibility for the mess we are in.
Let's focus our "anger" on the real enemies of mankind: the leaders of Organized Judaism and their globalist puppets, many of whom are not ethnic Jews but Freemason traitors and opportunists.   In the chess game of politics, the objective is to capture the Queen and King, or even knight and rook, not pawns who are dupes.
CONCLUSION
The goyim have been trained to shrink in horror at the very suggestion of "antisemitism."
Don't be Pavlov's Dogs.
Antisemitism has a respectable pedigree.
God was the First Antisemite
We're supposed to believe in individual freedom. It's hypocritical to judge all people by an accident of birth.

Everybody should be judged individually by their  statements, behavior and deeds.
As they use identity politics to divide and rule, seeing each other as individuals is very liberating.
---
Related - Before Hijacking America, Zionists Hijacked US Jews
-----------------   Is Antisemitism "Good for the Jews" (i.e. Zionists) ?
Note - Fmr Israeli Education Minister on "Antisemitism"
"Well, it's a trick, we always use it. When from Europe somebody is criticizing Israel, then we bring up the Holocaust. When in this country people are criticizing Israel, then they are anti-Semitic ... And it's very easy to blame people who criticize certain acts of the Israeli government as anti-Semitic, and to bring up the Holocaust, and the suffering of the Jewish people, and that is justify everything we do to the Palestinians." 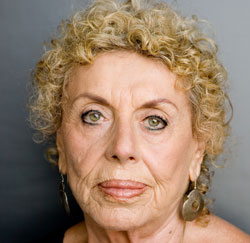 Shulamit Aloni, a former Palmach fighter and Israeli Knesset and cabinet member, in an August 14, 2002, interview with Amy Goodman on *Democracy Now*.
https://www.democracynow.org/2002/8/14/israels_first_lady_of_human_rights
First Comment from G
Well, here we are again, Henry:  "It's not all Jews."  True, but as I previously stated, it's on all Jews to disavow those factions of Judaism that harm the world.  Ignorance of its reality is no longer acceptable in this day and age where we're all inundated with information overload.  To them, Love is shouting out a big "COME FORTH!!"  "We need help!!"