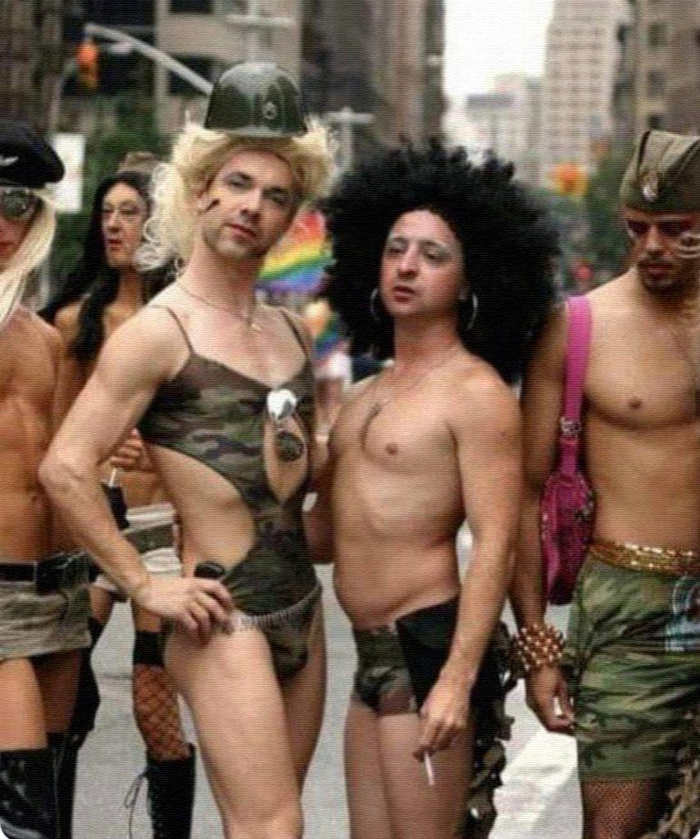 This is Volodymyr Zelenski, right, moral beacon of the West & symbol of the "liberal world order". Couldn't they find a puppet with a better resume? also Biden. Rubbing our faces in it.

Mike Adams - Judicial Watch announced Thursday that it received 249 pages of records from the Department of Health and Human Services (HHS) detailing the extensive media plans for a propaganda campaign to push the COVID-19 vaccine.

These documents confirm what I've been reporting for over a year: That HHS and CDC paid stand-up comedians to mock anti-vaxxers in their comedy routines. Screen writers and video production companies were also bribed to push vaccine propaganda in their episodes, and social media influencers were paid off to pimp the vax jabs.

They used this money to flood tech platforms, Hollywood writers and influencers with cash, making sure they all promoted the mRNA jabs in return.

When you realize the extent of this propaganda push, it becomes obvious that this was never about immunization or public health. There has been a far larger motivation behind the mRNA jabs which, it turns out, "install" an operating system in your body.

This is something on the scale of planetary genocide or even scenarios ripped right out of sci-fi world such as using billions of human bodies as biological hosts to grow AI-controlled biosynthetic parasitic structures of some kind.

--
NOT a vaccine: Pfizer's own data shows that covid jabs produce NEGATIVE efficacy within 30 days

The latest data from Pfizer proves that the company's original "vaccine" for the Wuhan coronavirus (Covid-19) does not strengthen immunity - quite the opposite, in fact. In an effort to promote its new and supposedly improved injection for the Omicron (i.e., Moronic) variant of the Fauci Flu, Pfizer is now admitting that its original mRNA (messenger RNA) injections turn negative within 30 days - meaning they degrade immunity and leave a person worse off in terms of immune function.

"We have been sold an anti-vaccine as a vaccine," is how one concerned reader of Exposé News put it.
https://www.naturalnews.com/2022-10-06-pfizer-data-covid-vaccines-negative-efficacy-30days.html
--

Hundreds of thousands of Americans sought medical care after getting a COVID-19 vaccine, according to Centers for Disease Control and Prevention (CDC) data released on Oct. 3.

The reports were made to the CDC's V-safe program, a new vaccine safety monitoring system to which users can report issues through smartphones.

The CDC released the data to the Informed Consent Action Network (ICAN) after being sued over not producing the data when it was requested by the nonprofit. ICAN posted a dashboard summarizing the data. 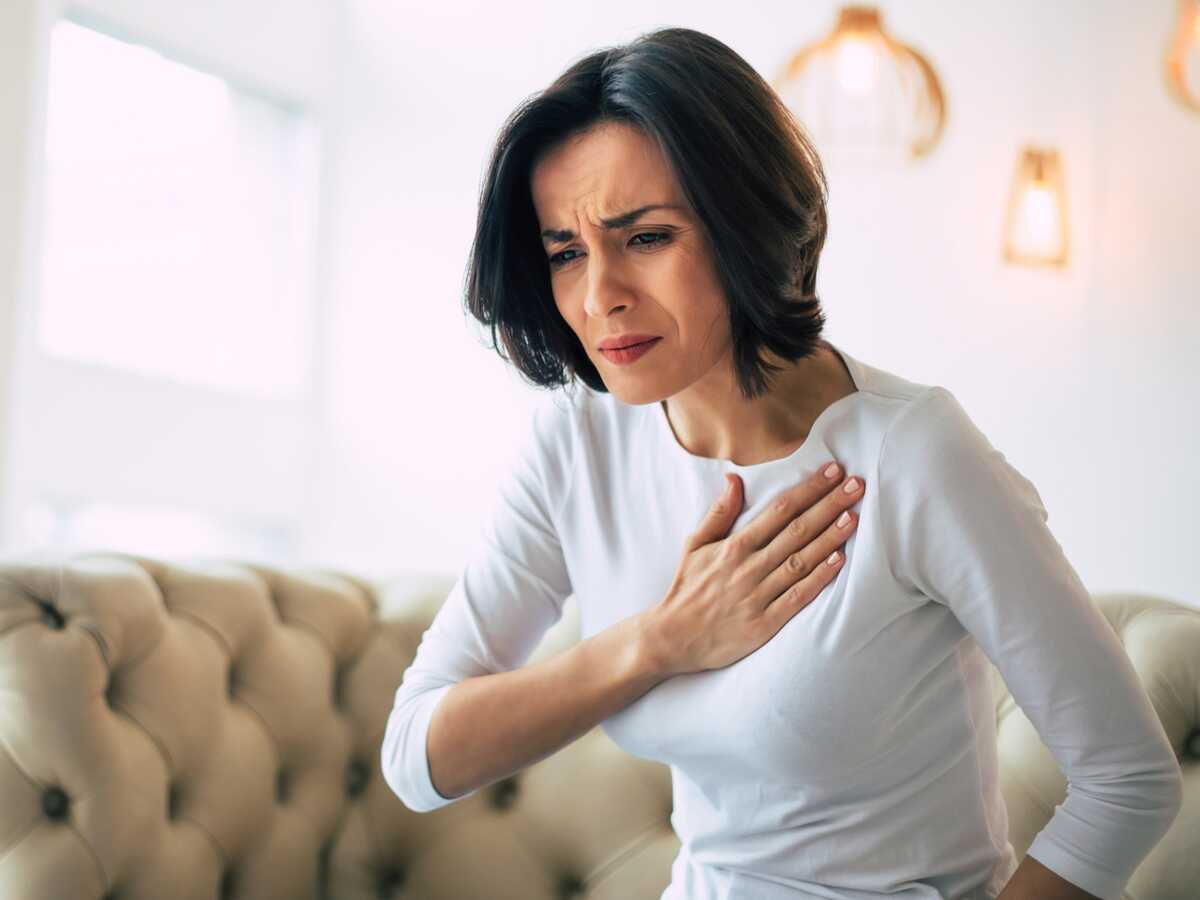 COMMENT AT EPOCH TIMES
"A close friend is is now dying a horrible death and has been told directly to her face by doctors at Kaiser, UCSF, Stanford, as well as the Mayo Clinic that her severe myocarditis and destroyed kidneys have been caused by the vaccine, that nothing else could have caused it so quickly. She's 35 and was in perfect health at her recent yearly physical. Now her heart and kidneys have officially been classified as being in "end state." She went to the different hospitals to get more opinions and to get on a kidney transplant list as soon as possible. The current wait time in CA is approx 10 years and at the time, it was questionable whether she could make it that long, but the Mayo Clinic said that as long as she has the myocarditis, they couldn't do a kidney transplant anyway. Although she wasn't totally opposed to the vaccine, it was her employer that forced her to get the vaccine.

The fact that Walensky keeps insisting pregnant women get this experimental injection is beyond unconscionable.

CDC director Rochelle Walensky continues to claim 'there's no bad time to get a COVID vaccine,' but this new study proves otherwise.

When Russia's SMO began, there was no consensus for large-scale mobilization for full-scale war, no public fear of an existential threat to the country as justification for conducting one.

Today, internal criticism is for Russia to escalate combat operations against US/NATO war on the country by use of Ukrainian foot soldiers.

It won't be long before the Russian bear shows the mettle it's made of -- the collective West and Ukrainian proxies to feel the might of its overwhelming military superiority." 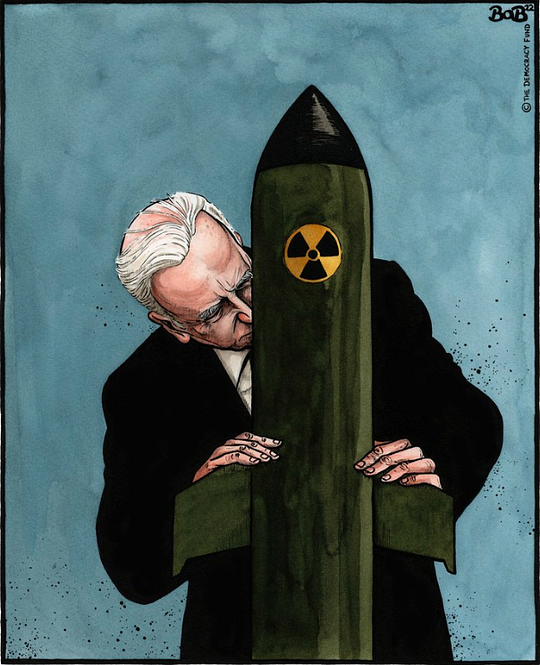 "We're trying to figure out what is Putin's off-ramp? Where does he get off? Where does he find a way out?" Biden said at a fundraiser in New York City for the Democratic Senatorial Campaign Committee at the New York home of James Murdoch, the son of News Corp. Chairman Rupert Murdoch.

"Where does he find himself in a position that he does not, not only lose face but lose significant power in Russia?"

"He is not joking when he talks about potential use of tactical nuclear weapons or biological and chemical weapons, because his military is, you might say, significantly underperforming," Biden added, according to Bloomberg. "I don't think there's any such thing as the ability to easily use tactical nuclear weapons and not end up with Armageddon."

"This divestment is necessary to protect Louisiana from mandates BlackRock has called for that would cripple our critical energy sector," Schroder explained in a press release provided to The Daily Wire. "I refuse to spend a penny of Treasury funds with a company that will take food off tables, money out of pockets and jobs away from hardworking Louisianans." 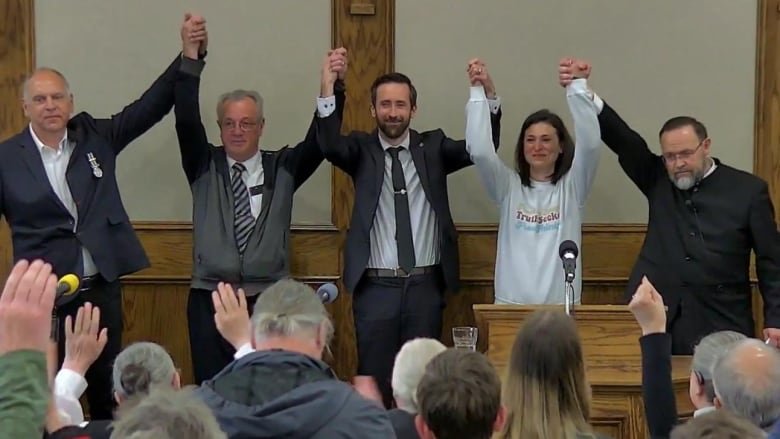 A Canadian nurse has vowed to appeal the $10,000 fine she received for attending an Easter church service during Ontario's COVID lockdowns in the spring of 2021.

"Here we are Canada, where you can be charged 10k for attending church. No other charges have been made against anyone else in attendance as of yet," wrote Ontario nurse Kristen Nagle in an Instagram post late last month.

Nagle - who used to work at London Health Sciences Centre (LHSC) Ontario before being terminated for attending anti-lockdown rallies in 2020 - said she was only notified of the fine recently and in total has received 11 court summonses.

Per her post, on April 25, 2021 Nagle was invited to an Easter service at the The Church of God in Aylmer, Ontario hosted by Pastor Henry Hildebrandt. Former MP Derek Sloan and former Ontario MPP Randy Hillier were also in attendance. At the time, Ontario had strict COVID rules in place which banned large gatherings, even in places of worship. 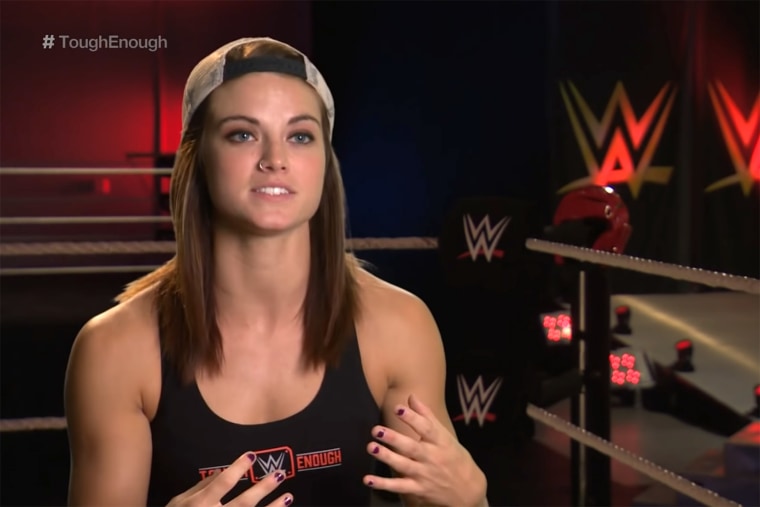