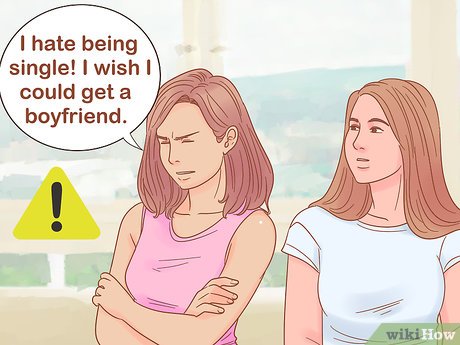 Send links and comments to hmakow@gmail.com
I have been watching YouTube Shorts, a new feature that competes with TikTok.  Men used to be the #One Employer of women as wives and mothers.  Men are no longer hiring. Women are freaking out.
Men aren't interested in marrying women who have had multiple sex partners (and abortions.)
They aren't interested in marrying career-driven women.
They aren't interested in being robbed. 85% of divorces are initiated by women!  Many young women today are gold diggers selling sex. Their strategy is to have his child and then divorce him.
YouTube Shorts is full of testimony from women trying to figure out what to do. One girl walked up to a handsome young stranger at an airport and gave him her phone number. He just blew her off. (Women have been brainwashed to think their vagina is the Holy Grail.)  There's another of a woman trying to seduce her Uber driver. Another of a young woman who asks for a ride. "Where to?" he asks. "Your place," she replies, as she settles into his leather passenger seat.
A relationship expert named "Pearl" has a very pragmatic approach: women have nothing to offer men any more, except sex, and they can get that anywhere. Another short has a woman with a big diamond wedding ring saying she got it by being submissive. Being a good wife is a full-time job she says.
Marriage was like a trade union. If a man wanted sex, he had to get married. Thanks to feminism, many women have exchanged the roles of wife and mother for streetwalker.  You go girl!  So empowering!!
Women have been betrayed by society in the most egregious fashion. The Communist strategy has been to undermine society at its most vulnerable point - woman.
Heterosexuality is based on the exchange of female worldly power (submission) for male power expressed as love. This contract is symbolized by exclusive sex. Intercourse is an act of male possession. By teaching women to seek power instead of love, feminism has fitted them with a psychological penis, turning them into mutants -- neither male nor female. It's pretty ugly.
The only remedy is for women to turn back the clock. No sex without courtship and ideally marriage. If he's only interested in sex, he's not interested in you.
You may enjoy sex too but for a woman to become the heart of a family, she must consecrate herself for husband and children.
In general, YouTube is now full of conservative views, a sign that our mind controllers are fostering a conservative reaction which will be formalized Nov 8.
If they're going to have a nuclear war, they figure it best for people to forget who screwed them over for two years.  This way they can blame the war on MAGA.
---
Commies win in Brazil
https://www.dailymail.co.uk/news/article-11370999/Fears-disorder-Brazils-far-right-President-Bolsonaro-loses-tonights-election-Lula.html
----
The "worst man-made disaster in history."  - Sucharit Bhakdi MD 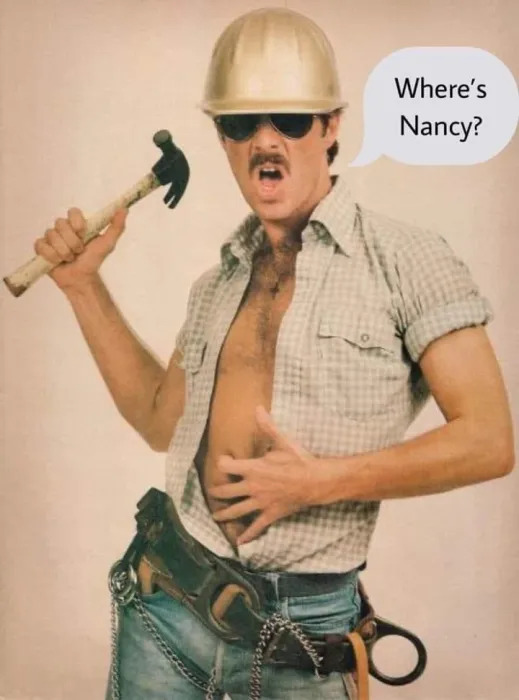 https://thelibertydaily.com/based-elon-musk-reminds-crooked-hillary-theres-a-tiny-possibility-david-depape-is-paul-pelosis-lover/
--
In a bankrupt global system, you reach a point when the value of printed money dies and whatever a leader promises can no longer be bought with fake money which will always have ZERO intrinsic value. 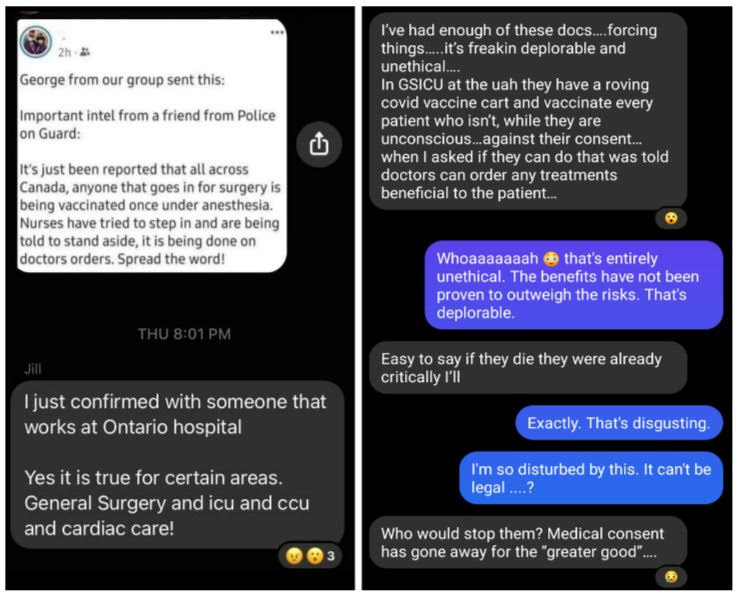 They are "vaccinating" people against their will while they are under anesthesia for surgery. And that includes boosters

---
Pretty bizarre if you ask me. My friend was 26 years old and very healthy. He played soccer, hockey and baseball. Last week he was playing soccer and had a heart attack right on the soccer field, he died in the hospital a few hours later. My instant thought was the jab because I know he was jabbed and recently boosted but everyone is calling me a disrespectful, crazy, conspiracy theorist for even suggesting that.

Unlike Canadians and most Americans, Floridians are blessed with a Surgeon General who is well informed, honest and ethical. Here Dr Labado explains that the covid injections are very harmful.
https://drtrozzi.org/2022/10/30/florida-infertility-miscarriages-cancer-death-and-hope/

Until Pierre Trudeau came along and changed migration policy, 95% of immigrants to Canada came from Europe. 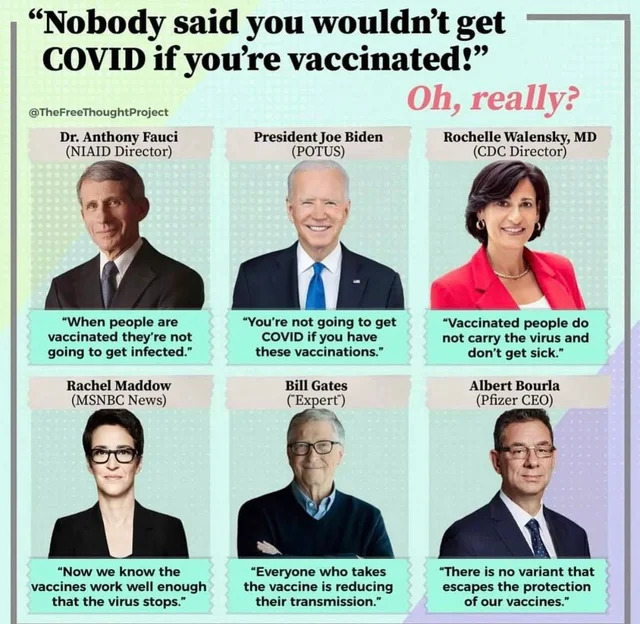 http://www.bluegrasspundit.com/2022/10/obama-cant-control-crowd-chanting-fjb.html
--
Does Organized Jewry plan to kill us all?
Evidence that U.S. Intends Blitz-Nuclear Strike at The Kremlin
https://southfront.org/evidence-that-u-s-intends-blitz-nuclear-strike-at-the-kremlin/
--

Nah, horse shit. A lot of men don't care if she's had a few partners. What we want is her to stop passing us over in favor of some Brad Pitt looking motherfucker. I don't know if this Uber driver was hot-- but look-- this isn't about guys not wanting "sluts." I would be fine with a chick who wants to go out and fuck a fire hydrant. Not everyone is as traditional as Henry Makow. We don't like beta males, and cucks that simp for these women that make them convinced we're all 1/1000s of a relationship or a chance at something, like little sperm cells swimming toward an egg. I hate the blue-haired people talking about 67 genders but I don't like conservative busybodies and the kinda people who shamed me for having sex with girls -- or made me think WANTing sex with girls was some kind of shame-- yeah fuck puritains. Done with that shit under Dubya Bush.

Weaponization of the Family Court systems against men in general.

An general accounting of Marriage life in a typical home.
...all things being equal....
A man can avoid all evil, do no wrong, say all the right things, his actions be found to be above approach, and the puny judges officiating in the family court system go out of their way to strip the man of his voice, resources, assets, and in exchange for his trouble, pile on every imaginable expense, throw him out of the home, limit his interactions with his offspring, remove his voice, and if he's not a really strong man...(with family value upbringings) ...strip him of his dignity as well.

IMHO, the family courts are totally weaponized against the nuclear family and the family unit.

These puny magistrates know that all the women want in a divorce is everything. Not fair, peaceful and equitable outcomes. It's all about the love of money, control, power over the man, and a woman's desire to receive for herself alone.

Sad to say, the children often are the ones that suffer the most in ways not easily identified or understood.
Broken glass from such divorces is incalculable.

Seldom are resources (child support) spent on the children ...is usually diverted to supplement the woman's personal whims. Men are often left in complete dismay. They are unfairly censured, their God given parental rights trampled.

For the few who would prefer a traditional marriage, ...not so today, especially when the hidden hand of Admiralty/Maritime Law has its grubby paws in the joining.

These modern young men don't want to marry housewives. First, they play the field, often misleading their young girlfriends they want to marry -just to get sex Then in their late 30s to 40s some want to settle down w/duel income professional wives, who they expect to do 2 jobs - mother & professional worker outside home

Or the very few men who have made millions - some will seek a 20 something stay home wife.

So from the 80s until now there has been this shift away from profound heartfelt committed sex via marriage to cheap soulless sex with the internet and tinder - that young soulless men run to in groves.

Men abandoned the family by their choice. Why blame the few heart-connected women that want love and families for trying to wake up these men as "desperate" Those women are awake.

Do you how many depressed men I meet in their late 40s 50s 60s that have no family and realize they wasted their youth on sluts? They don't blame "desperate" women. They had their chances - they know. They only blame themselves.

An exception to your statement: "In general, YouTube is now full of conservative views, a sing that out mind controllers are fostering a conservative reaction which will be formalized Nov. 8."

I tried to watch some YouTube videos concerning the Ukraine and they were nothing but completely one-sided lies. They all demonized Putin, placing the blame for the war in Ukraine completely on him, making him the aggressor. It was such blatant propaganda I couldn't watch it. IMO, it shouldn't be called YouTube, it should be called JewTube. And it hasn't been Ukraine since 2014; it's been JewKraine. IMO, the Khazars never forgave Russia for destroying their ancient kingdom of Khazaria; and they want their ancient homeland back. They hate Putin because he kicked the billionaire Jewish oligarchs out of Russia. IMO, this war in Ukraine is a vindictive Khazarian power grab. Nothing more. Whatever these bastards want they seem to get. It's absolutely amazing to watch.

I really liked my neighbour who was married with 2 sons. His wife was from South America.
One day in June, he walked up to me and said he was getting a divorce. His wife refused to get any counselling. She kept a lot of the childrens' mishaps on the soccer field, etc. to show a judge that the father was abusive.
I saw him one day recently. He had to move out and find another apartment, borrow money from his parents to pay off his wife. His wife presented the log of "abuse" to a judge and he is not allowed to see his children except at school.
He told me that he found out she was married a few days before they got married. It is very sad because he is a wonderful fellow.

Your article on YouTube Shorts and young women is spot on. I see a lot of couples waiting to their mid thirties to get married…I think it’s out of fear. Women don’t or won’t believe in the Wall…but it’s a reality. Our natural birth rate per woman in the Midwest is 1.7; 2.1 is replacement rate. Yet, the politicians claim our population is growing. Maybe it is, but for immigration. I can not see a culture lasting that does not replace itself. Motherhood and family has lasting power. Sex…not so much.