Oct 24 - Sanity is Making a Comeback 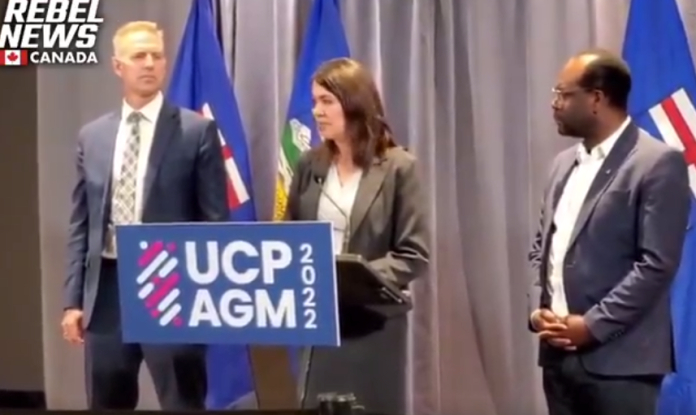 Alberta Premier Danielle Smith Apologizes To Unvaccinated
A number of hopeful signs suggest the tide is turning! A California court ruled in favor of a lesbian-unfriendly bakery. California! Tulsi Gabbard is campaigning for the GOP.  YouTube is posting conservative anti vax views again. The Communist Broadcasting Commission actually had a balance report this morning. Sweden has rejected climate change. Italy and Hungary are challenging the EU. The midterms two weeks tomorrow will bury the Demonrats if it is not rigged. Clearly the Communist psychopaths are relaxing their grip. Why?
The bottom line is that we are going to win this.
Danielle Smith's apology is an incredible development, not only for Alberta, but for Canada, and even, the world! This is a major step towards official admission that the entire thing was a fraud from the beginning... even though the people are learning this is true, it's another thing, to have official admit it... and so this is a MAJOR step towards ending all of the madness, and dealing with the cleanup involved.  Think lawsuits... changes in legislation... ACCOUNTABILITY IN GOVERNMENT... healing... moving forward...

https://edmonton.ctvnews.ca/alberta-premier-exploring-pardons-for-covid-19-related-fines-and-arrests-1.6120925
https://citizenfreepress.com/breaking/alberta-premier-apologizes-to-the-unvaccinated-remarkable-honesty/
--
Martin Armstrong
Sweden's new Prime Minister Ulf Kristersson is not heeding to the Green agenda. He promptly eliminated the entire Ministry of Climate and Environment, marking the first time in 35 years that Sweden does not have a specific climate ministry. People are crying that the world will crumble without funding bureaucrats who pretend they have the ability to alter the weather cycle with enough funding.
Klaus Schwab's plans for Agenda 2030 are in jeopardy. "Environmental issues are going to be given a disadvantage at the same time when we have a huge challenge in Sweden when it comes to biodiversity and forestry," stated Stockholm University professor Karin Bäckstrand. "We won't meet the Agenda 2030 goals on biodiversity."

https://www.armstrongeconomics.com/international-news/politics/sweden-will-not-meet-agenda-2030/
--
Sweet victory! California court rules in favor of Christian baker who refused to bake cake for a lesbian couple in 2017, citing her Christian beliefs - and adds that people 'shouldn't push any agenda against anyone else 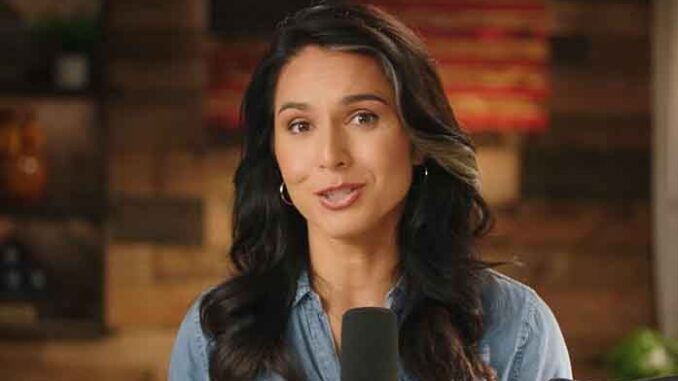 She's a Hindu. Raised in a cult but a good one. She's being groomed to become President. 10-1 she'll be VP on a GOP Presidential ticket in 2024

US-dominated NATO vassal states "seem to be in a competition with each other."
They're still "flooding Ukraine with weapons and ammunition, providing intelligence data, training its military personnel and helping it plan military operations." By so doing, they're "moving ever closer to the dangerous line beyond which lies direct confrontation with Russia."

Their lack of leadership and self-destructive policies -- along with utter subservience to the empire of lies and forever wars at the expense of their own interests -- is utterly stunning.
https://stephenlendman.org/2022/10/23/the-latest-from-russias-foreign-ministry-on-ukraine/#respond
------------------------ 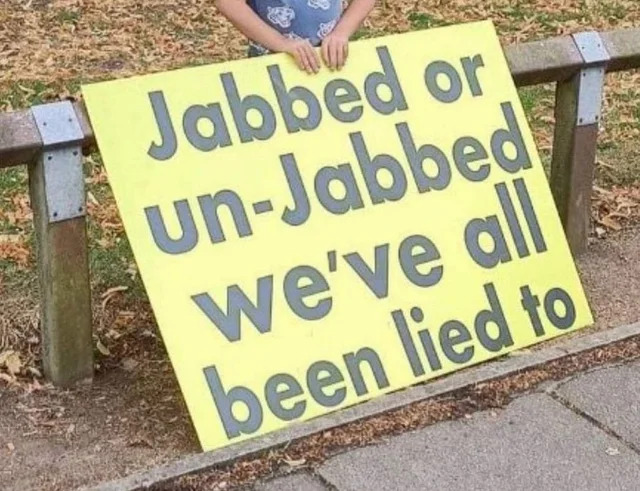 From a website dedicated to reports of adverse reactions from health care amateurs
Shaun Barc-- I am an NP who had the Pfizer C19 vaccine early on in Dec 2020. I had a reaction with an hour along my injected right arm. Over a few days, paraesthesias progressed into my right face, eye and ear. I saw a neurologist at my facility who insisted I get a second dose. Against my better judgement and in the face of impending work mandate, I had my second dose in my left deltoid. It set off all the neurological issue on my right side and progressed. Within 4 days I had raging tinnitus, headache, tachycardia, wild BP swings, and mesenteric inflammation. I ended up in the ED and told them I was having a reaction. Sent me home with ibuprofen. Things continued to progress to include severe insomnia, positional tachycardia, muscle fasciculations, accommodation to light issues, and tremors in my legs. I sought consults across the country only to face a black hole of knowledge. I am 22 months into my ordeal and still no diagnosis or prognosis. I continue to have constant muscle fasciculations, and stinging and stabbing pains all over my body including my eyes (likely small fiber neuropathy). The tinnitus is a pulsing constant high hiss. Sleep disturbances continue. I need several medications to sleep as I get "jolted" awake when my body begins to transition into sleep. I was 100% healthy prior and gainfully employed. I have had plasmapheresis, IVIg, and Imuran with limited efficacy. Now I am on disability and wondering how many days I have left in a tortured life. I feel like I did what was asked of me and now I am just a human casualty. I understand the need to end the pandemic, but when do harms outweigh benefits? If no one is actively researching these reactions and they are being actively suppressed, how will we ever have safer medicines.

Moheed Ma-- Brother me also same problem muscles twitching and many doctors neurology just say anxiety so no body help this and I have request to all don't take any vaccine more many people suffer this problem doctors all take money.
https://www.medscape.com/sites/public/covid-19/vaccine-insights/how-concerned-are-you-about-vaccine-related-adverse-events?src=soc_fb_share&fbclid=IwAR0mmHOgEpAmKHb4t5O2Tdmf8RRuI7-KIiaVxgTPpP5ruvg63N3buaqgjnE
--- 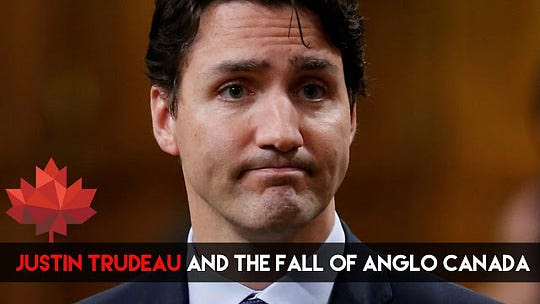 One Million "Newcomers" Per Year Spells End Of English Canada
Due to media obfuscation, the future of Canada remains locked in a woke media closet.

"Canada admits about 600,000 foreign students each year. That's more than the roughly 400,000 immigrants admitted in the same time frame. Together, they have a significant impact on a thinly populated nation of just 38 million."

A "significant impact" is putting it mildly. We speak of language used by CBC, Globe & Mail and the rest of mainstream media in Canada.

The truth is altogether different. The impact is not significant--it is "nation-changing." 600 thousand foreign students each year added to 400,000 equals one million migrants per year.

While the laws were originally passed to give terminally ill people an option to end their life before they die in pain, the requirements to qualify for the program have slowly been loosened over time.

Canada's medical assistance in dying laws allow almost anyone who can claim some form of hardship or disability to receive physician-assisted suicide, regardless of how minor those disabilities might be. 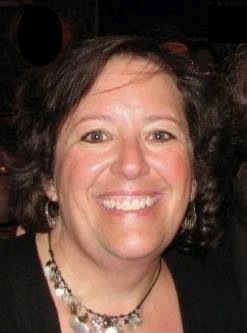 Being Anti-Abortion is being Antisemitic

Talking about Jews sacrificing children to Satan on Oprah in 1989

--
Instagram says death threat against David Icke is ACCEPTABLE -
David Icke
'One step in my country and you will never see yours again'. I didn't ask them to take it down, someone else did just to get their response, but it shows yet again that Cult-owned-and-created Facebook/Meta is engaged in the Cult agenda - death threats are banned unless they are against the 'right' people. You are a psychopath Zuckerberg serving your masters like a good little boy in short trousers.
https://davidicke.com/2022/10/22/instagram-says-death

Wouldn't be surprised if they wren't sponsored by the usual suspects

The Biden Cabinet is comprised of Zionist Jews, especially the State Dept. 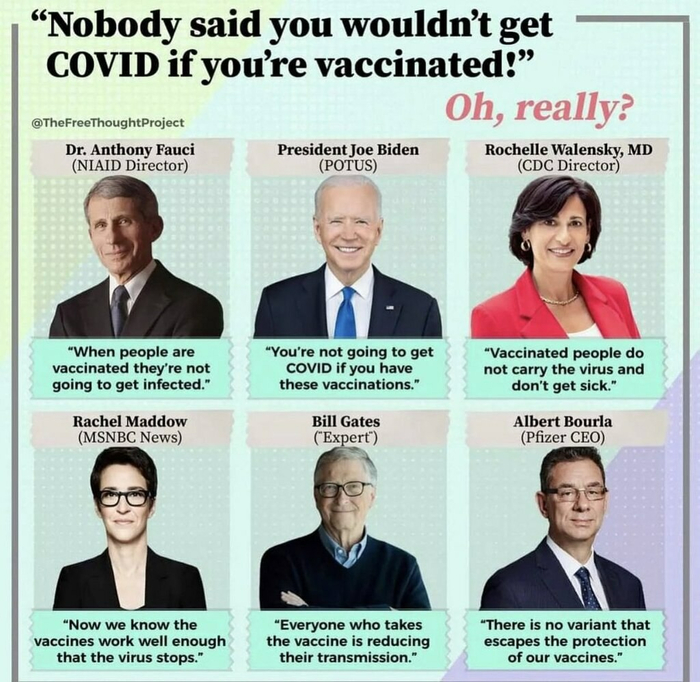 A brief analysis of the emergency Act in Ottawa earlier this year.

Fidelito panicked. Emergency Act was Overkill.  Criteria was not met.