Oct 18 - Government is Still Determined to Kill Us 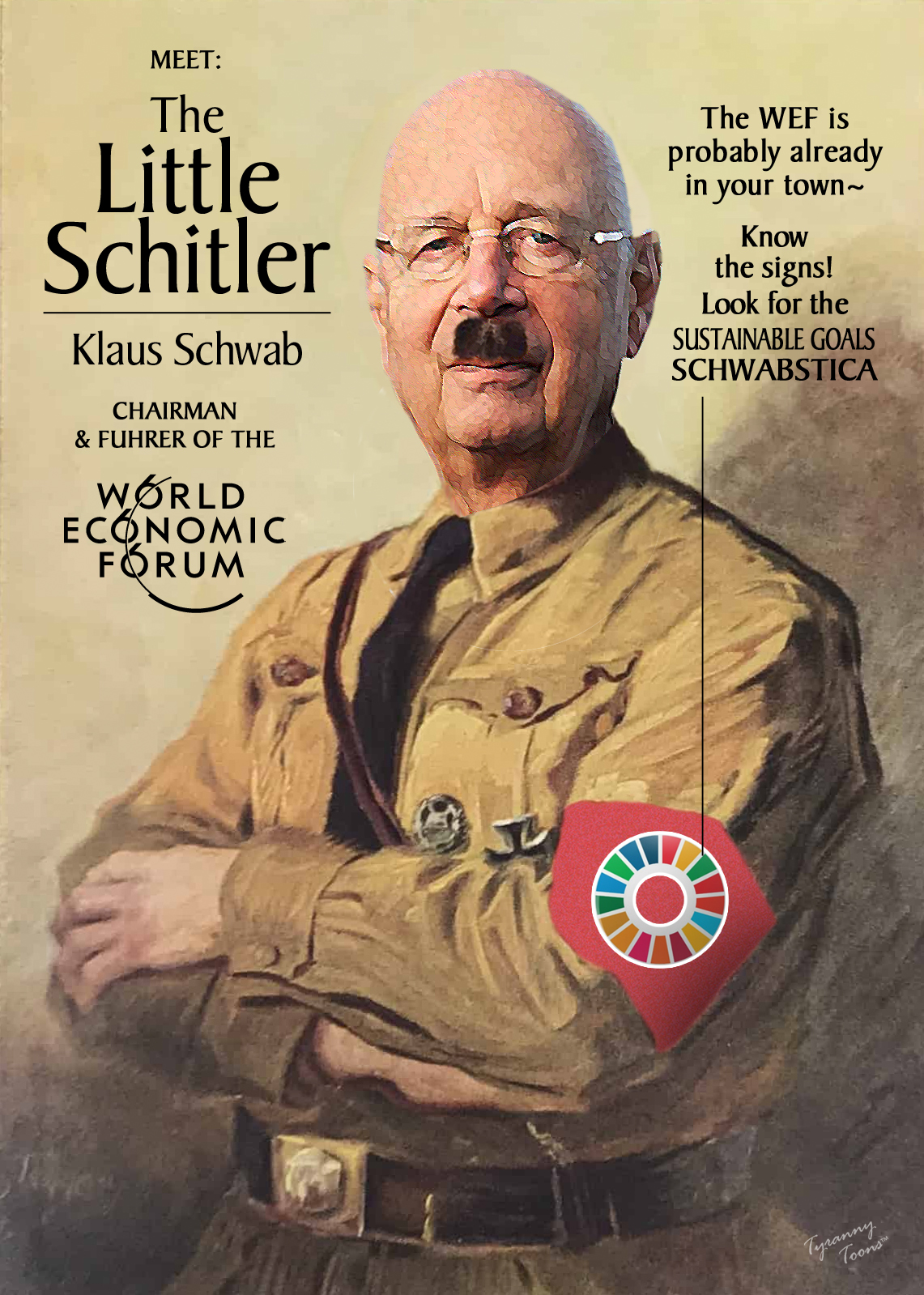 Today, the only people getting "covid" & dying from it are the Jabbed!! It's indisputable.  The Jew media censors all Truth on "covid" & its mRNA non-vaccine.  Some people, no matter the tonnage of counter evidence to their beliefs, remain in denial. Those small minds will soon be gone. Only the rebels will survive.

What dominant US dark forces and their MSM press agents call a public health emergency doesn't exist -- not now or at any time since seasonal flu was renamed covid with diabolical aims in mind.

Since the scheme was rolled out in late 2019, the public has been consistently lied to and mass deceived to unwittingly self-inflict harm.
https://stephenlendman.org/2022/10/17/biden-regime-extends-invented-public-health-emergency-when-no-real-one-exists/
-
MAKE THIS GO VIRAL: ACIP committee will likely add the COVID vaccines to the childhood vaccination program on Thursday

The scam here is as devious as it is deadly: all it would require for BigPharma to have permanent liability protection for their slow kill bioweapon C19 injections is to have said poisons added to the childhood vaccine schedule; to wit:


--
Anatomy of the greatest psyop since WW2, the Cold War & 9-11
Russ Winter - Don't Ever Forget or Forgive These People

Judicial Watch announced that it received 249 pages of records from the Department of Health and Human Services (HHS) detailing the extensive media plans for a propaganda campaign to push the COVID-19 vaccine.

"These records show a disturbing and massive campaign by the Biden administration to propagandize and politicize the controversial COVID vaccine," said Judicial Watch President Tom Fitton. "It seems as if the entire entertainment industry was an agent for the government!"

Vaccine engagement package to all entertainment talent and management agencies
Vaccine engagement package to all media companies and show producers
Outreach to major culture event producers
Work with the Hollywood guilds to work vaccination messaging into scriped and reality TV shows (ex: Writers Guild, Directors Guild.)
Work with the NFL, NASCAR, MLB, CMA to request they create content with their talent and release through their broadcast and social channels.
Start celebrity Share the Mics
Launch Hollywood comedy writers video content.
Work with Instagram to produce a series about vaccines for @Instagram (the largest social media account in the world, 387 million followers). Feature young creators doing in-depth pieces about young people's questions.
Request major TikTok, Snapchat and Instagram influences to create videos of themselves being vaccinated and start a special campaign of funny and/or musical videos about being vaccinate to encourage others to create content and post.
Request a vaccination special on Christian Broadcast Network featur[ing] Evangelical leaders.
Request that the major live TV entertainment shows feature hosts being vaccinated on air (ex: the hosts of The Voice).
Place a trusted messenger on the Joe Rogan Show and Barstool Sports to promote vaccination (work with outside expert to identify who will be most effective).
https://www.winterwatch.net/2022/10/dont-ever-forget-or-forgive-these-people/ 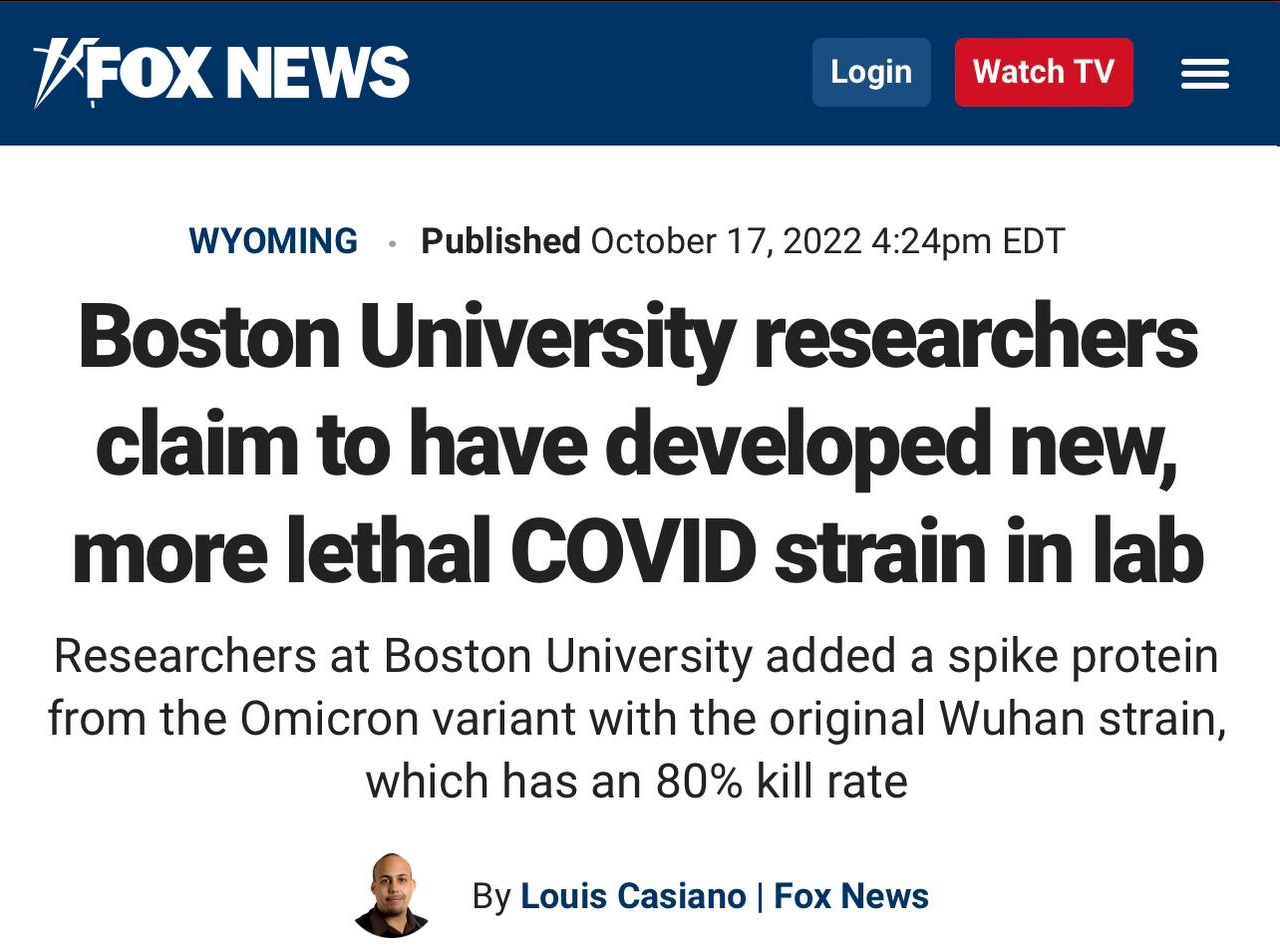 Reader -  Even better because I've seen it happen:

Blue pill gets vaccinated. Red pills develops myocarditis and other effects from close contact to blue pill after vaccination.

In fact, the name "Sputnik V" was reportedly the brainchild of the World Economic Forum Young Global Leader (Class of 2009).

The Soros Foundation spotted Dmitriev's potential at an early age and awarded him a scholarship to study in the United States (he attended Stanford University and Harvard Business School). He worked for Goldman Sachs and McKinsey & Company before taking the reins at RDIF in 2011.
https://edwardslavsquat.substack.com/p/young-global-leader-says-sputnik
--
Unofficial Blacklist? People Who Refused Killer Jab Can't Find Employment
AZ in Quebec---I am a health and safety manager in the construction industry. In years past, employers flocked to the gate to ask me to work with them, without even an interview, given my experience and my skills. Often I had 5 competitive offers per week. However, since I quit my job for family reasons last June, I can't find a job. The doors were closed all of a sudden as if by magic! Even with my networks, I can't do it and that makes you think. When each time, they refuse me without even going through an interview, that raises questions! Sometimes lately I get perfunctory invited for the interview, and since my CV is solid, they come up with stupid excuses for rejection, like devaluing my salary so that I refuse on my own.
But since I have a brain and I think well, I think I have found the cause: the fact of not taking the injection (jab) me and my family, and of condemning their machination, I think they are taking revenge on us, by depriving me of work.
Tell me if I'm raving or if you have anything on this! Personally, I presume that the Canadian and/or Quebec authorities would have established a list of unvaccinated people (Schindler's list in a way) and that they would have secretly sent them to the contractors, who would have to reject any applicant who had not taken his jab. Could it be that because they couldn't legalize this act, they would have done it in secret to punish us? Could it be that they have arrived at this baseness? 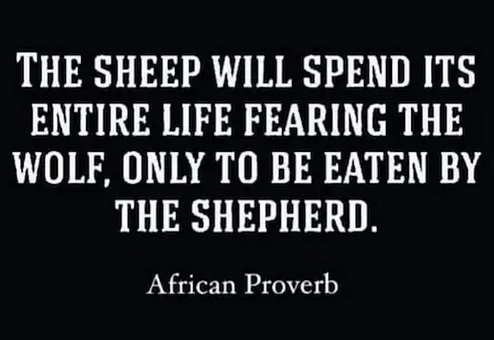 A disturbing new study confirms what many Jewish Americans are feeling.

If course, it's irrational. Jews are still in denial about antisemitism. A wolf cannot understand the POV of the lamb it is devouring. Jews need to disown Organized Jewry because they will take the blame for its satanic agenda.

https://www.commonsense.news/p/everybody-hates-the-jews?s=w
Protocols of Zion - 11"The goyim are a flock of sheep and we are their wolves. And you know what happens when the wolves get hold of the flock?"
--
Robert Malone MD
The CCP---The goal is world domination

I watched a pre-screen of the new Epoch Times documentary about the CCP called "The Final War." I was shocked at the evidence presented that the CCP's historic and ultimate goal is truly about global domination. In fact, the CCP has historically defined and declared the United States to be its its enemy #1. All I can say is that when this documentary is released, please watch i

Kimberly Biss, MD an OB/Gyn explains in her hospital she is seeing a huge rise in infertility and miscarriages as well as a 25% increase in irregular cervical cancer screening

Parallel vaccine universe
As Canada finally removes Covid vaccine requirements for entry into the country, most of our decision-makers still seem oblivious to an unseemly Wild West of vaccination pressures and practices that endure, without rhyme or reason, on the ground across our vast territory.
https://www.westernstandard.news/opinion/studin-canadas-health-minister-must-now-resign/article_136db888-4e24-11ed-8ca1-affb0fb5adb2.html
-- 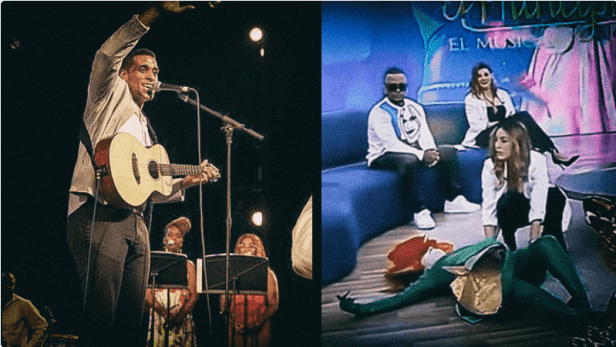 Michael 'Mikaben' Benjamin, 41, dies after collapsing on stage in Paris

https://www.news.com.au/entertainment/celebrity-life/celebrity-deaths/michael-mikaben-benjamin-41-dies-after-collapsing-on-stage-in-paris/news-story/70e3ec403dd04dc365c6c733e99d73ee
Videos show him collapsing at the very end.
https://www.oom2.com/t81161-nothing-to-see-here-two-performers-collapse-on-stage-one-dies#165730

--
Gonzalo Lira---Zelensky regime is entering a meat grinder; something is brewing in Belarus

https://www.youtube.com/watch?v=pUscTj9pMBQ
--
Medvedev issues warning to Israel
If Tel Aviv sends arms to Kiev, the move would send bilateral relations into a tailspin, Dmitry Medvedev said
If Israel were to support Ukraine with weapons, it would be detrimental to relations with Moscow, Dmitry Medvedev, Russia's former president, warned on Monday, after Israeli Minister of Diaspora Affairs Nachman Shai stated it was time the country provided Ukraine with arms as NATO members do. 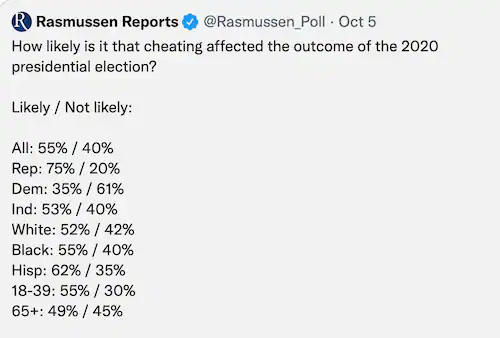 After back-to-back weeks of US/UK/Ukraine/NATO terrorist attacks on Russia's Nord Stream 1 and 2 pipelines and Russia's bridge to Crimea, the dirty tricks by the West are about to backfire bigtime. Be careful what you wish for.

February at the start of Putin's Special Military Operation in Ukraine, his army recovered a tactical nuke at Gastomel Airport (Antonov or Hostomel Airport) right outside of Kiev.