Miles Mathis- Who is Tucker Carlson? 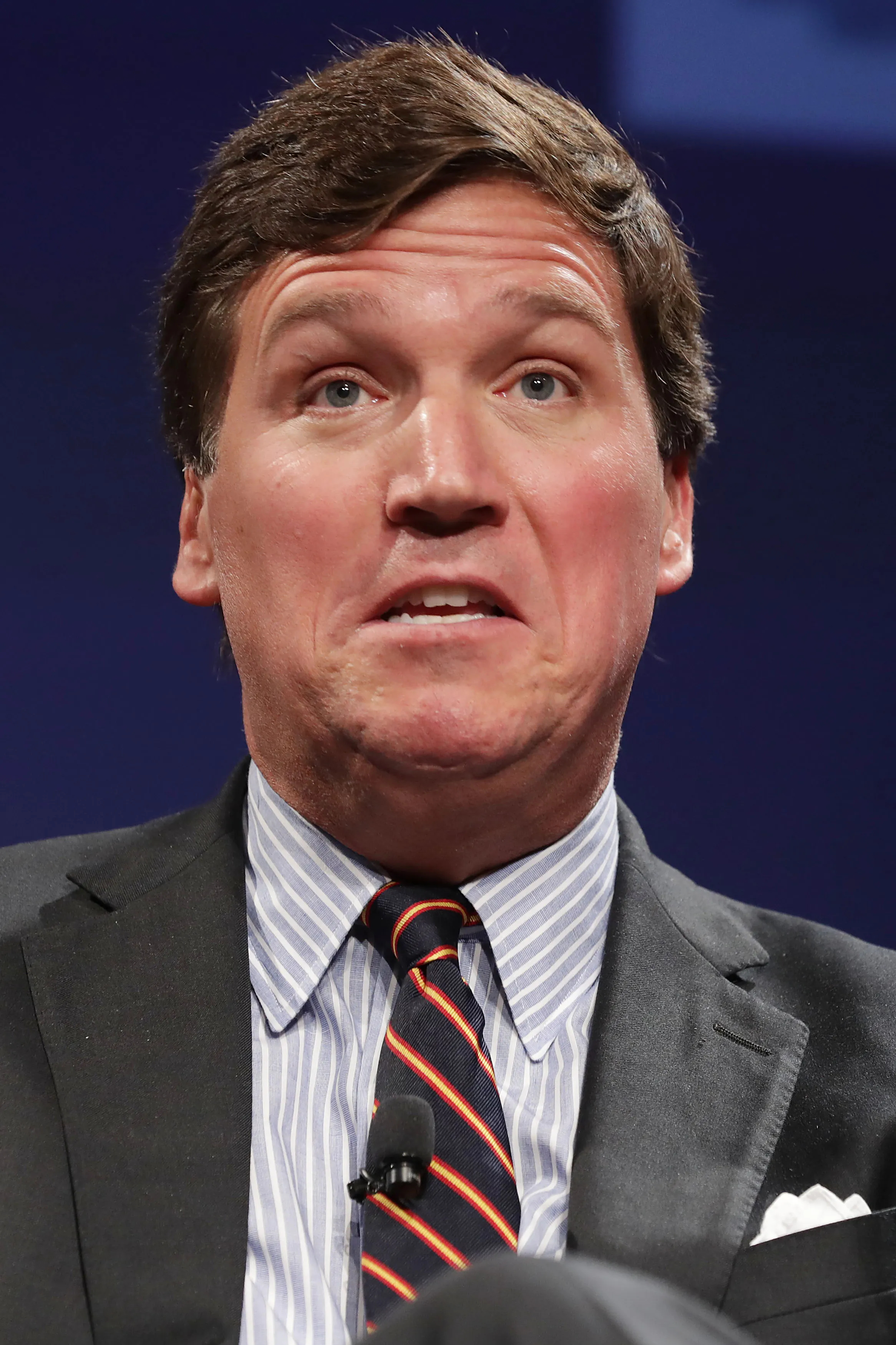 A blue blood, Tucker Carlson has more in common with Anderson Cooper than you'd think.
Miles Mathis -- "Many people think Tucker writes his own material, but they admit at Wiki he has a team of writers, formerly headed by Blake Neff. For myself, I believe his material comes right out of Langley, using one of their top teams. Why wouldn't it?"
Makow - How do you identify false opposition? They steer the narrative away from the central banking cartel and its Communist Jewish agenda: satanism and racism. Virtually the whole US "right" falls into this category, including Trump and de Santis.
Who is Tucker Carlson?
by Miles Mathis
(abridged by henrymakow.com)
So Tucker isn't just American royalty in one line or two, but dozens. He grew up at the La Jolla Beach and Tennis Club, his childhood house being next door. His family owned houses in three states and also Canada, and owned two islands. It got even better when Tucker was ten, since his dad then married the Swanson heiress. Giving them property in a dozen states.

Tucker went to posh boarding schools in Switzerland and Rhode Island, then to college at Trinity College, Connecticut. At Trinity he was a member of the Dan White club, supposedly in reference to the Dan White who killed Harvey Milk. But since we know that was fake, this club was just an Intelligence Club.
We have more proof of that, since they admit Tucker applied to the CIA right after graduation. We are told he was rejected, but we have no evidence of that. My assumption is he wasn't rejected. But of course they have to tell you these people (young agents) were rejected, to keep their cover from being blown. "No, he doesn't work for us, we swear!" We aren't told on what grounds he was rejected. Possibly flat feet. Or maybe he asked for an aspirin, like Jack Kerouac.
He immediately went to work for the Heritage Foundation, a CIA front, proving my point. It was soon acquired by the Hoover Institute, another CIA front, explaining why Tucker is always interviewing Hoover blowhard and covert fascist Victor Davis Hanson to this day.

Tucker is always making fun of CNN now, but many forget he worked for them from 2000-05. He and Robert Novak were the conservative side on Crossfire, which is interesting since the dark Jew Novak was also a Sanders through his mother.
So Novak and Carlson were probably close cousins as well. Remember, we just saw that Carlson is also a Sanders. Novak came out of the Army in 1954 directly into the Associated Press, indicating he was also a CIA placement in the media. He was soon covering the Senate for the Wall Street Journal. He had been at CNN since its beginning in 1980, and since CNN was yet another CIA front, we have more indication Novak was, too. Which goes without saying: all national reporters are CIA fronts. The entire thing is scripted from both sides, and always has been.
And that includes PBS. We have proof of that in 2004, when Tucker was hired by PBS to helm a new show, Tucker Carlson Unfiltered. Not sure how PBS could justify airing straight up propaganda, but there it is. It always has, supposedly with your tax dollars but also with heavy funding from the billionaires. Didn't you ever think it was strange that "public" television would be brought to you by ExxonMobil or the John D and Catherine T MacArthur Foundation? Did you really think they were just philanthropists? I guess PBS is now underwritten by Pfizer and Gates. I don't know since I haven't watched it in decades.

Tucker now makes fun of MSNBC, but he also had a show there from 2005-2008. Indicating the divisions are all manufactured.

Tucker finally hit his stride in 2016 when he moved to Fox. He already had high ratings by 2017, and they have risen since then, so it isn't all a result of Covid. However, he did have a big lull in 2019, with ratings dropping drastically. It looked like he might be fired for cause, but he was saved by Covid and a new script in 2020. After criticizing BLM and being dropped by Disney, his numbers went through the roof in summer of 2020, making him number one in TV news.

Many people think Tucker writes his own material, but they admit at Wiki he has a team of writers, formerly headed by Blake Neff. For myself, I believe his material comes right out of Langley, using one of their top teams. Why wouldn't it?

And here's a shocker: Tucker was registered as a Democrat in DC from 2006 to 2020. Make sense of that, if you can. He says he did it to vote in Democratic primaries, where he voted for the worst candidate on purpose. Right. So Tucker thought he was going to swing the primary with one insincere vote?

In 1999 Tucker called Trump "the single most repulsive person on the planet", with his Reform Party being run "by a bunch of whackos". But by 2016 Tucker's script was to promote Trump, and to keep quiet otherwise.

Tucker did not vote in the 2004 election, which was Bush and Kerry, if you forgot. Tucker is both a Dead Head and a Phish Head. So, kinda strange once again. Very few conservatives can say the same.

Comments for "Miles Mathis- Who is Tucker Carlson?"

"Tucker finally hit his stride in 2016 when he moved to Fox. He already had high ratings by 2017, and they have risen since then, so it isn't all a result of Covid. However, he did have a big lull in 2019, with ratings dropping drastically.”

Can we trust the “ratings” ? With everything being manipulated you can’t trust anything…