Sept 12 -- Is the Ukraine-Russia Conflict Contrived? 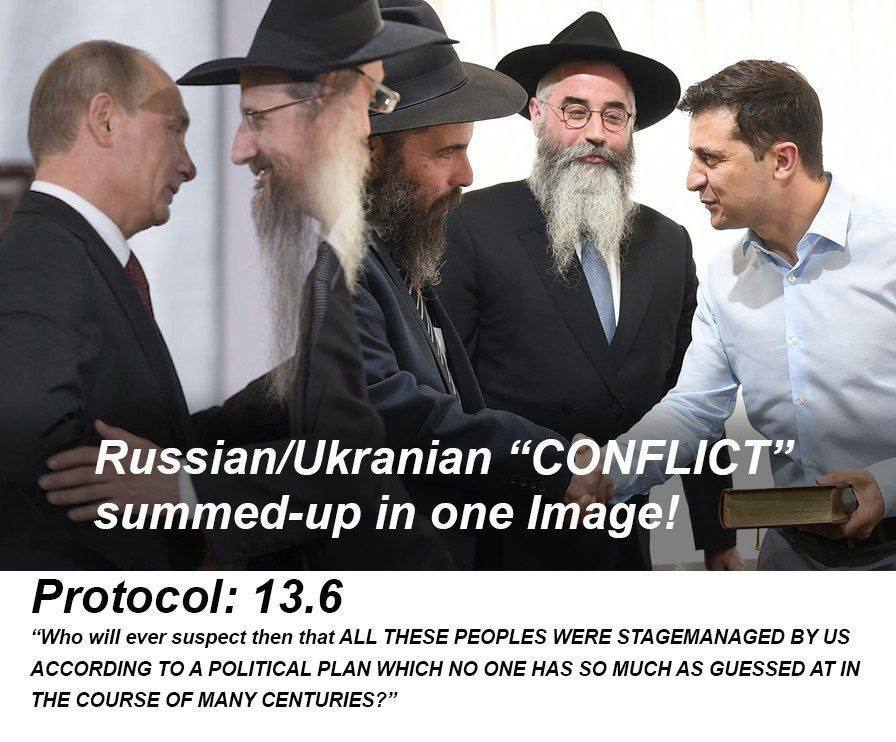 (Putin and Zelinski with Chabad leaders.)
Please send links and comments to hmakow@gmail.com
(((NATO))) is the aggressor in Ukraine. Its aim is regime change in Russia so the central bankers can plunder Russia.  The problem is that Chabad also wishes to destroy the West. Thus, if Russia continues to resist destruction, we are trapped in a closed loop leading to the Chabad goal -- mutual destruction, i.e. WW3.
--
The Special Military Operation Has Failed, But the War May Start Soon

Pro Russia commentator says "Let me be blunt: this stage of the war in Ukraine has been lost by Russia.
----
Germany has crossed a red line with Russia by sending arms to Ukraine, Moscow's ambassador in Berlin said on Monday. The decision undermined decades of reconciliation since the end of World War II and the Nazi invasion of the Soviet Union, the diplomat added.

"The very fact that the Ukrainian regime is being supplied with German-made lethal weapons, which are used not only against Russian military service members, but also the civilian population of Donbass, crosses the red line," Ambassador Sergey Nechaev said in an interview with Izvestia newspaper.

"...You can reach a place in your society where the people in charge and their lapdogs in the media become so completely disconnected from the concerns of actual people, become so totally uninterested in the lives of citizens, that society becomes very volatile, and we are fast approaching that point." 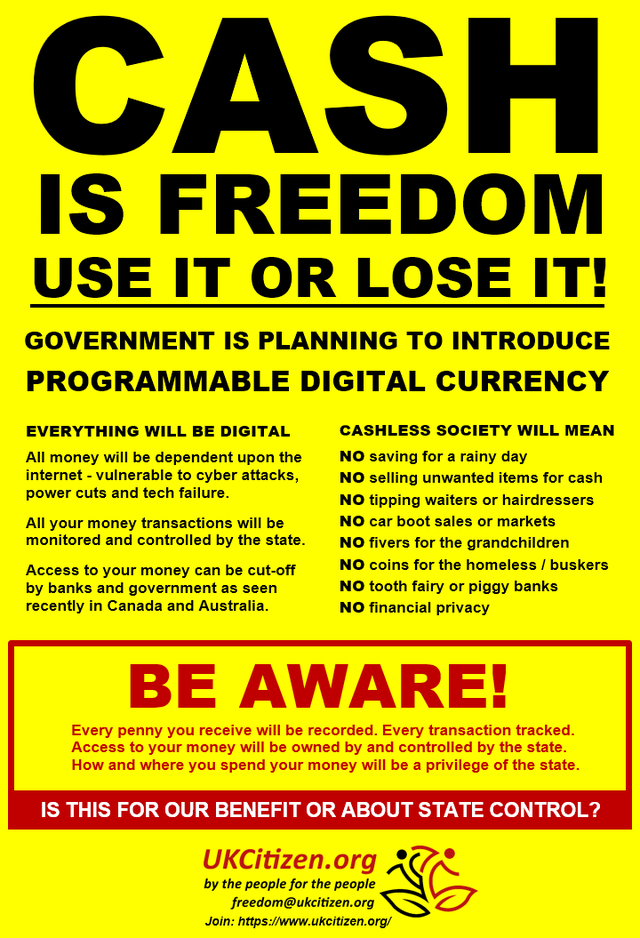 Piers Corbyn - physicist, meteorologist, and elder brother of former UK Labor Party leader Jeremy Corbyn - explained to the shocked RT anchor that the climate "has always been changing, but this has nothing to do with man"

The astrophysicist instead believes that changes in the Earth's climate and its weather are dictated primarily by cyclical activity on the surface of the sun (and not, pointedly, by the effects of carbon dioxide in the atmosphere).

'Unethical' and up to 98 Times Worse Than the Disease: Top Scientists Publish Paradigm-Shifting Study About COVID-19 Vaccines

Victoria registered 4,896 deaths from all causes in August, 27 percent above the monthly average of the previous five Augusts. Mortality in Australia typically peaks in June through August, the Southern Hemisphere's winter, but the figure is only the latest in a disturbing trend.

The European Union is backing off its sharply divisive plan to implement a price cap on Russian gas, according to Reuters. There were major concerns leading up to an emergency meeting of EU energy ministers in Brussels on Friday, but the overriding fear was Moscow would respond by cutting all gas exports to the continent. 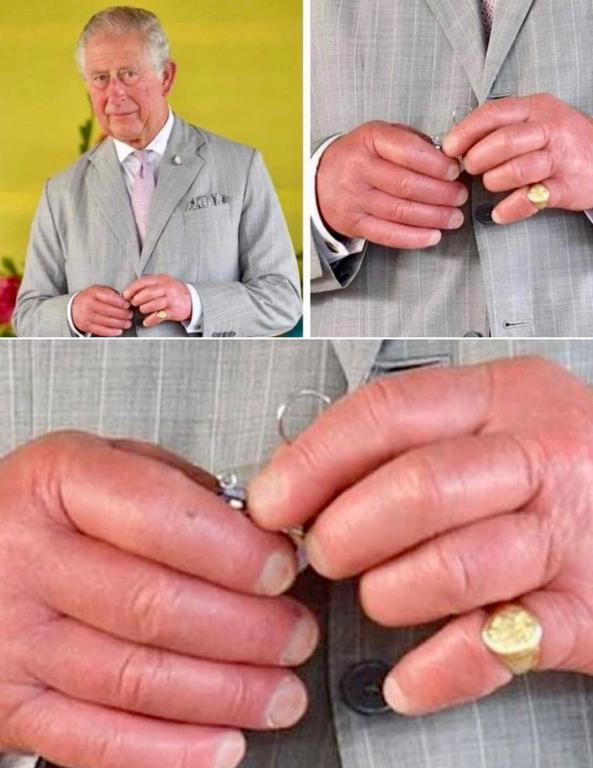 Americans now use more cannabis than tobacco. This is according to a Gallup poll: 16 percent of the general population regularly consumes marijuana, compared to 11 percent for tobacco. And according to the same survey, 50 percent of the surveyed residents have tried it at least once.

Near the beginning of the video, there is a fascinating segment on the ritual killing of Princess Diana. She was held in the tunnel for 90 minutes to die there - the tunnel is the site of ancient sacrifice, Goddess Diana.
--

CANADA - Pierre Poilievre Now Leader Of The Conservative Party, 68% Of Votes For The Man Who The Establishment Tried To Silence

Promises to ban any minister from joining the WEF

--
Mike Adams
Civil unrest rising as financial Armageddon approaches
"Events are shaping up that point to widespread, global civil unrest and the collapse of the rule of law. Illinois, for example, has passed a new law that, beginning in January, will allow most murderers, kidnappers, arsonists and violent criminals to be released back onto the streets with no bail whatsoever.

I have posted several podcasts over the weekend, warning about how America's cities are becoming "Grand Theft Auto" and revealing why civil unrest is about to explode everywhere." 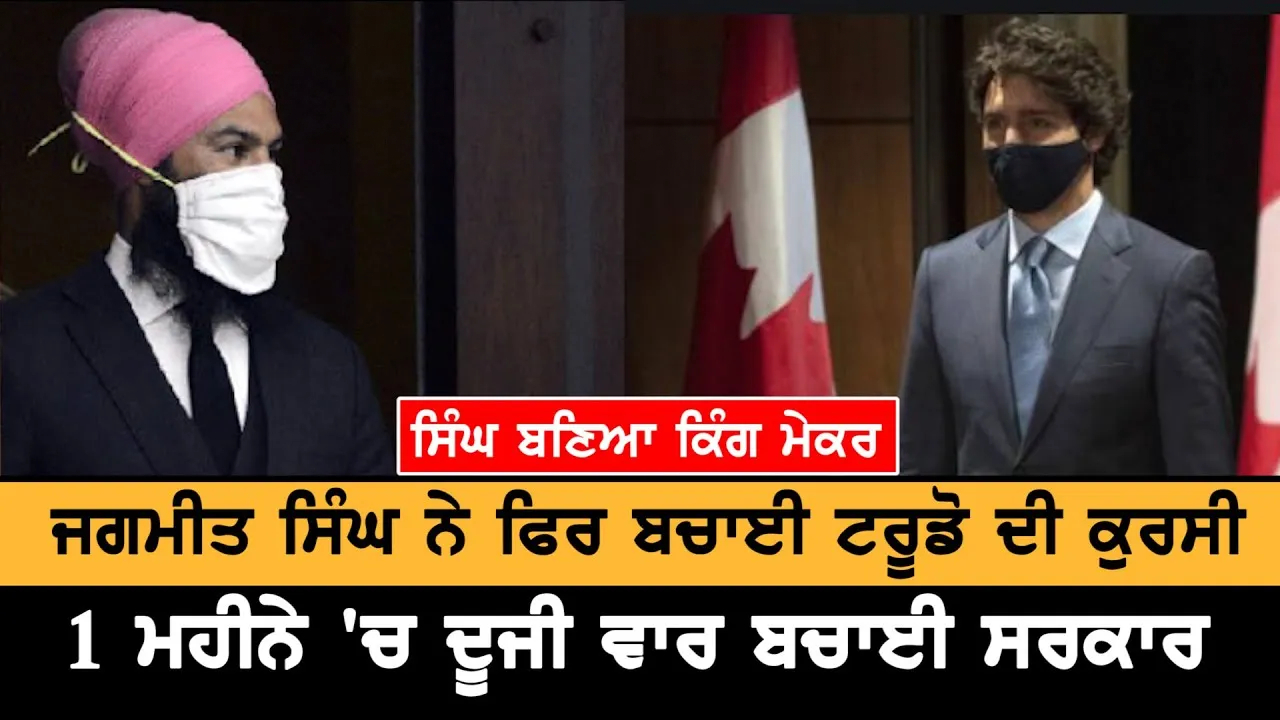 Will Jagmeet Singh Preserve The Trudeau Dictatorship Until 2025?
The most impactful supporter of the Liberal Party of Canada is Jagmeet Singh, leader of the New Democratic Party.

In Trudeau's post-modern Canada, ideological agendas come first. Communist in conception, government and media continue to pull the wool cap over the eyes of 38 million Canadians.

Oregon bakers Aaron and Melissa Klein have been through hell since 2013 when they were sued for refusing to bake a gay-wedding cake that violated their religious beliefs as Christians.

They hope the Supreme Court will hear their appeal against a ruling that ultimately put Sweet Cakes by Melissa out of business and resulted in a state-imposed fine of $135,000. 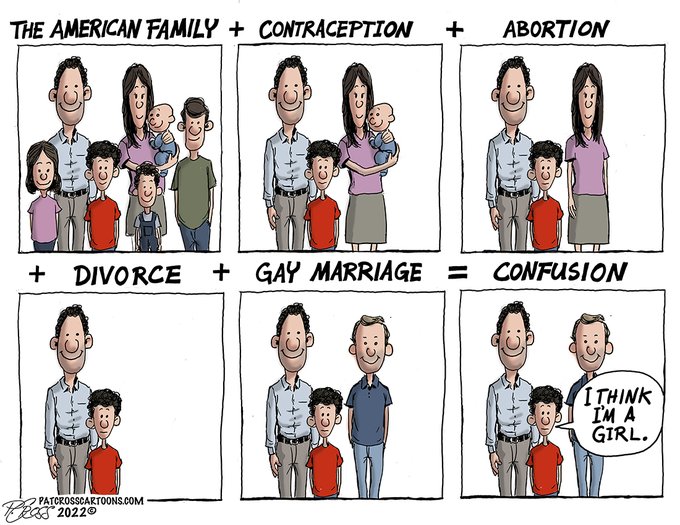 
At a press conference yesterday, over 400 doctors and scientists from more than 34 countries declared an international medical crisis due to diseases and deaths associated with Covid injections.  The Declaration originated among concerned medics and professionals in India from a group called the Universal Health Organisation ("UHO").

Dr. Sherri Tenpenny - Tsunami of deaths is about to arrive! We don't know how long they will live! 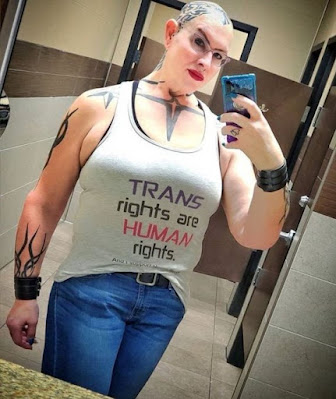 New data from the U.S. Centers for Disease Control and Prevention (CDC) suggests that 55 percent of children between the ages of six months and two years suffer a "systemic reaction" after getting their first dose of an mRNA (messenger RNA) "vaccine" from either Pfizer-BioNTech or Moderna.

Following the second dose, the CDC survey found, a whopping 60 percent of children suffer some kind of negative reaction. This is based on an assessment of more than 13,000 children who were evaluated as part of a post-market analysis.

Comments for "Sept 12 -- Is the Ukraine-Russia Conflict Contrived? "