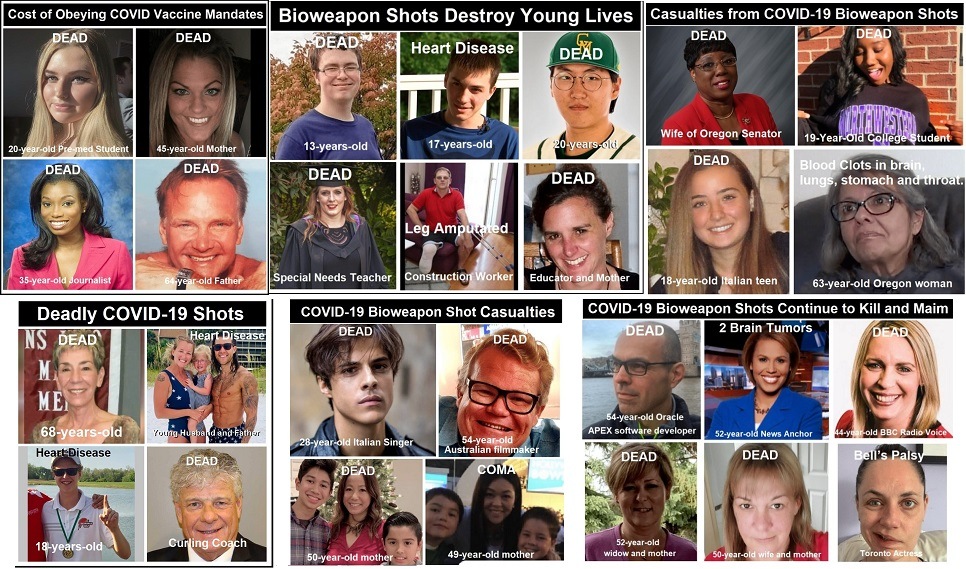 Dozens of comments from vaccine injured
Mira--The same in Canada. My family physician and cardiologist (who was my attending specialist when I was hospitalized and diagnosed with pericarditis) did not want to discuss it. My family doctor even said "it's too complicated, too much for me"....and that was that. I was in hospital for 10 days on cardiac ward, admitted through emergency department because of horrific pains and barely able to breathe, had numerous MRIs, CAT scan, blood tests twice daily, given diagnosis and after discharge no doctor wanted to talk about it. Friends in medical profession told me they were all told not to talk about vaccination and side-effects. Quite a few nurses and doctors quit not long after pandemic started and the hospitals are quite short on staff. It's not just refusal to get "vaccinated" with something that is not really a vaccine (not like real vaccines we know - polio, smallpox, typhoid, etc.), but the gag order from medical associations that had them give up and leave. In the future  looking back it will be recognized as the dark times for true medical professionals. What a shame that pharma and money giants have all the power over humanity....and for what! Almighty MONEY!

I'm not in Germany but most everyone I know who got the jab became sick after getting it. Not one of them reported it to any authority. I also know of people who died after getting the jab. When the families asked to for doctor's to find a link they were discouraged at every step. There are also countless stories of people with severe reactions after jabs who are gaslit by medical professionals at every step and often told it is in their head aka anxiety. It is widely suggested that ALL vaccine injuries are seriously under report and most people I know think it's par for the course to get sick from vaccines. I would say these numbers are severely below the real numbers and even though this report may be transparent I would high

I would say these numbers are severely below the real numbers and even though this report may be transparent I would highly doubt it is very accurate.

I know a few adverse reactions that weren't reported. Over 10 people who denied it could be the jab but feel differently today which is 1 year later.  Several heart attacks (5) , Physical therapy (3) Chronic Flu symptoms every couple months and told it is the flu  (2)  1 which resulted in death as well. She had MS and was given the jab as was her 28 year old daughter. The mother passed away less than 3 weeks later and she had already beat covid and pneumonia months prior to testing the jab in March 2021. I also know several suicides and overdoses post jab and it was also confirmed that the jab does NOT cause depression but it DOES worsen depression  and people dropped out of the trials because of it.. So those are all connected as well. And my family are included in these numbers. Mother and Brother. This is no joke.

These are the accepted adverse reactions.  In Canada, and I suspect worldwide is the same, most adverse events are flat out denied by the health authorities.  I wouldn't be shocked if the numbers are multiples higher.

I'm a physical therapist in the UK. Out of 25ish regular clients 8 have had adverse reactions to the vaccinations. All had no additional illness or previous instances of these conditions, these are all different ppl: a brain stem stroke, a severe epileptic seizure requiring 2 days in hospital, 3 concurrent epileptic episodes within one month of each jab, persistent heart palpitations lasting 2 wks, and then peri menopausal women reporting very disrupted menstrual cycles. Another health professional friend had a fit 50yo who had a heart attack with no personal or family history, resulting in a loss of his driving licence and therefore income. And her 80yo Grandmother had a full period, whose consultant told her that was a perfectly normal reaction to a vaccine.
For me such a high percentage of reactions in such a small pool of ppl is unprecedented, none of the above have been medically reported as covid vaccine reactions. These are ordinary ppl who trusted the governments telling them it was irresponsible not to have it, and now many have ongoing health issues that could be for life.
I haven't had it, won't be getting it, nor will my 19yo son by his own volition, our eyes have been opened and our personal health choices will only impact us, therefore its only ourselves who can have the final say, not any government. I've never seen reactions on this scale, the true numbers are far greater than we'll ever be told.
--
As a unique service for CMA members and their families, the CMA regularly publishes notices of deceased members. Over 100 deaths since MD's were forced to take their own poison. 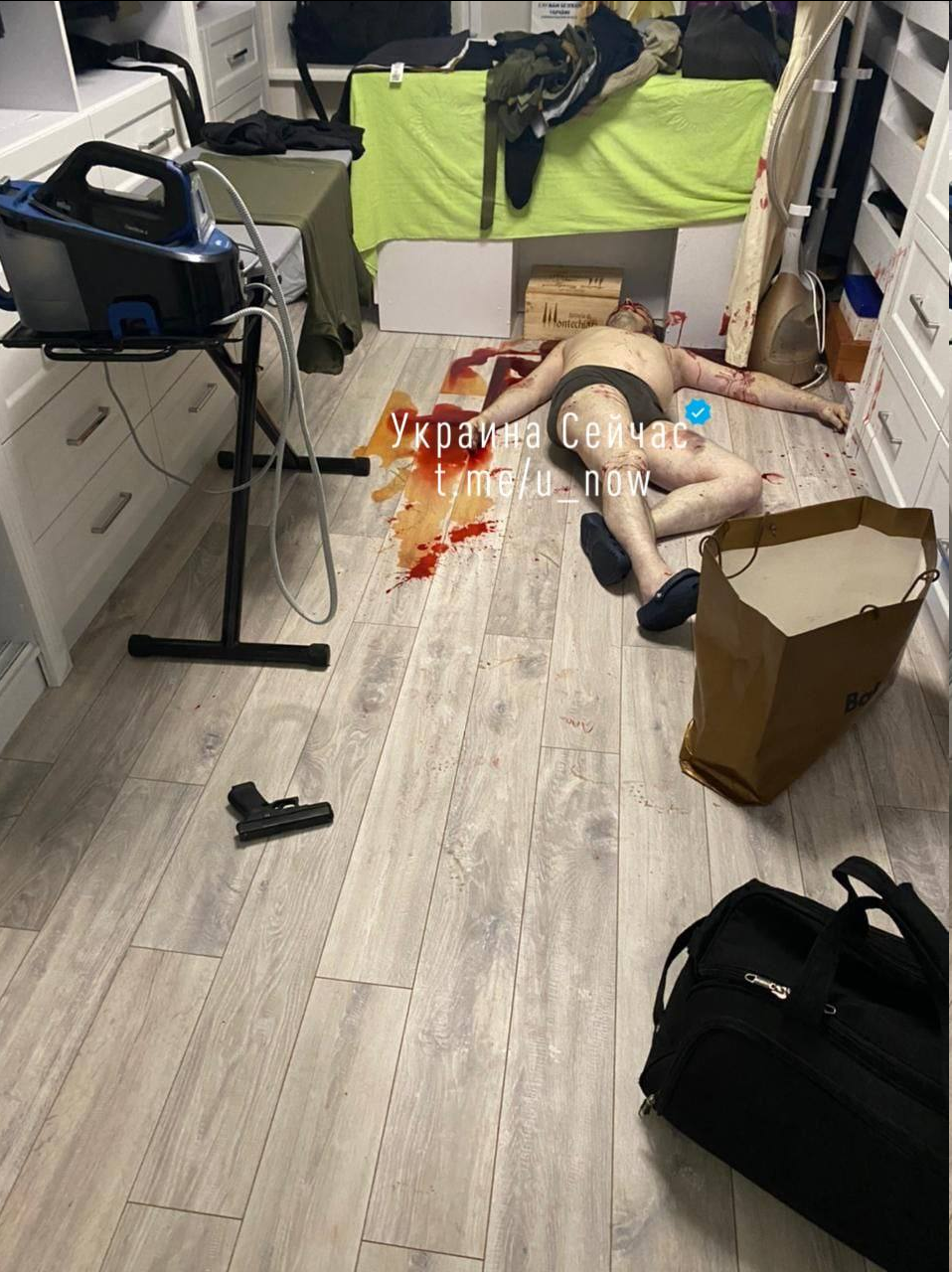 ( Retaliation?  This is supposed to be the former Chief of Ukrainian Secret Service but judging from the size of the apartment, I'd say he was in charge of washing and ironing Zelinsky's T-shirts)
The British Government Has Begun Paying $140,000 for COVID-19 Vaccine Damage Victims.

Which seems to be getting no coverage in the American media. Wonder why.


Students of Western University in Canada are censored online for criticizing mask mandates and vax passes
The university is trying to stop dissent in its social media profiles.

--
Jewish Secretary of State made tawdry horror
You couldn't find one hair out of place when you hit the search button for Antony Blinken. His image is so squeaky clean and picture perfect. In interviews he is so perfectly rigid, always well dressed with a perfect hair style. Yet at the tender age of 33 which should be his Christ Conscious years he gets involved in making such a dark movie as The Addiction. I'm sure that New York Post underplays the role Tony had in making such obscenely dark movie. In this movie creators bring a dark presence and Walken does such a magnificent job at playing a Prince of darkness a being joyless, evil and cut off from any light and enthusiasm. The movie is shot in a depressing white and black tone which is truly reminiscent of spiritual realities where such beings of darkness exist. If you want to get an idea what 8th sphere looks and feels like look no further than this movie.

A popular YouTube who talked about taking the jab iJustine, 38, suffers life-threatening Blood Clot, Deep Vein Thrombosis, clot broke off and moved into her lungs, becoming a Pulmonary Embolism 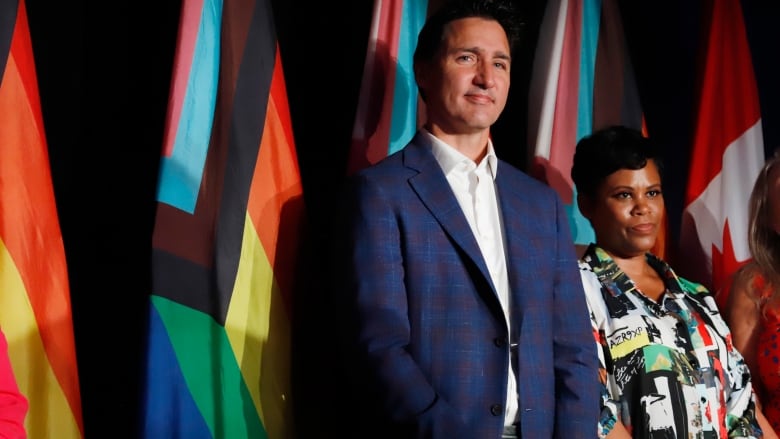 (For Satanists, "inclusive" means excluding everyone who is healthy. For Satanists, sick is healthy.)
Canada is pledging $100 million to fund what Prime Minister Justin Trudeau is touting as the country's first federal five-year plan to support 2SLGBT communities.
Trudeau says 75 per cent of the funding will go toward community organizations focused on diversity and inclusion.

The news comes on the last day of Pride celebrations in Ottawa, which is wrapping up with the first in-person parade after a two-year hiatus due to COVID-19.

Marci Ien, minister of women and gender equality, welcomed the action plan alongside Trudeau, saying the funds are for "all of those people who are fighting to be heard and accepted."

Putin had a side hustle as a chauffeur in the 1990's . Klaws Swab propelled him to his current position.
Makow-  Putin has no choice but to oppose Jewish banker plans to devour Russia
--
Russ Winter-
The Non-Existent Trial of British War Criminal and Monster Frederick Lindemann

Lahore, Pakistan... Government has threatened to cut off banking with the use of Digital ID to anyone that protests against the regime... RESIST