August 10 - US Reeling from FBI Overreach 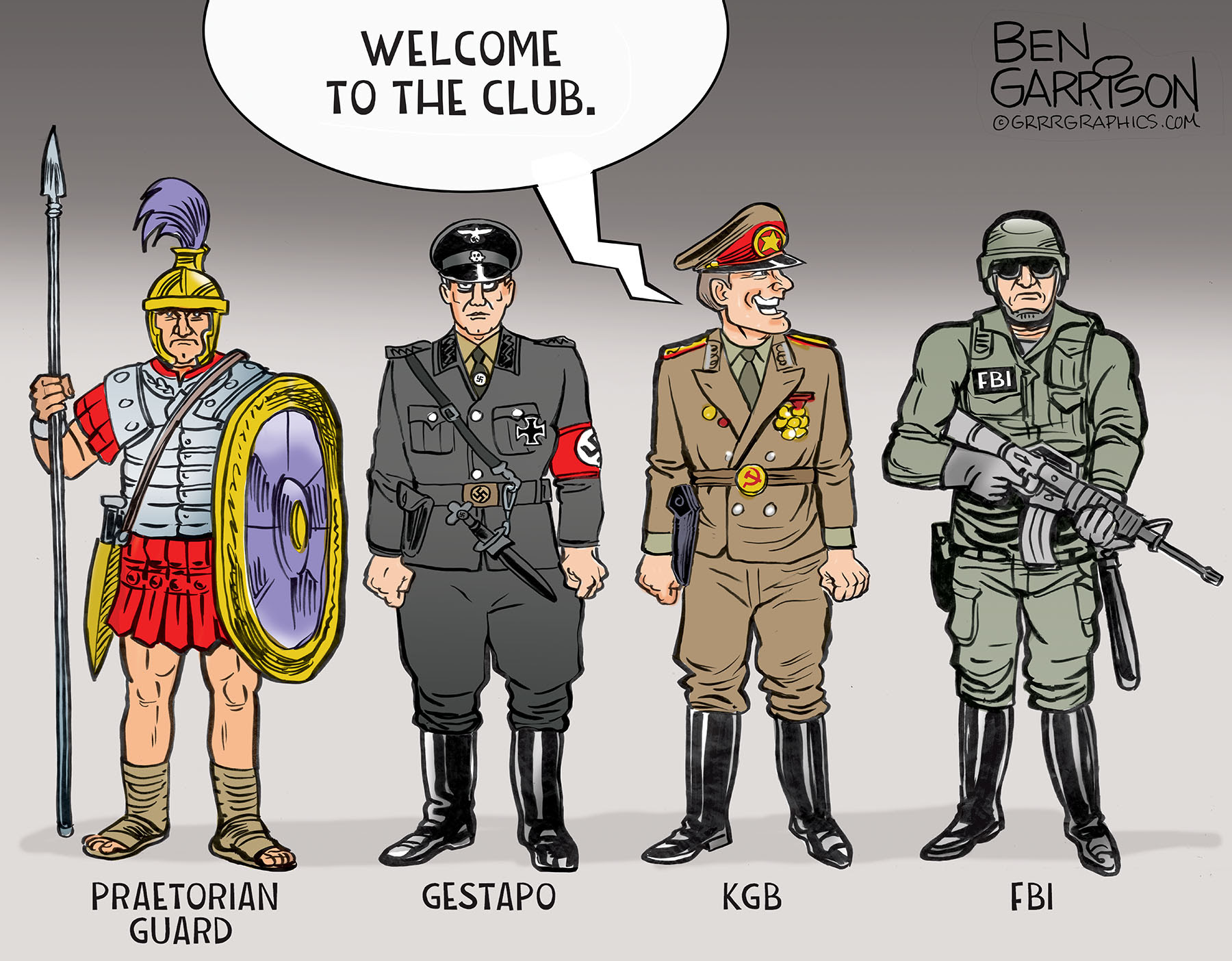 Please send links and comments to hmakow@gmail.com
Jim Stone-  Former NYPD chief Bernard Kerrik says "Dems" will now try to assassinate Trump -- veiled threat?
https://www.dailymail.co.uk/news/article-11095219/Former-NYPD-Commissioner-Bernard-Kerik-claims-Democrats-try-ASSASSINATE-Trump.html
Stone -"Due to the complete failure of the FBI raid, NYPD chief Bernard Kerrik came right out and said their next move will be to assassinate Trump. REASON: Because the raid was supposed to get rid of him for good by putting him behind bars. Not only did it fail, it made the dems look TERRIBLE thus leaving their only option for eliminating Trump assassination. My guess: Remote control car crash probably.

Eric Trump has come out and stated that the safe the FBI raided was empty and that the FBI found absolutely nothing it was sent to attempt to find. The FBI basically did a witch hunt raid, in which it ripped the place apart trying to find anything, anything at all that they could nail Trump with, and left with NOTHING."

Trump subsequently released a statement that said "This was Watergate 2 and a clear sign that the United States is becoming a third world banana republic, with abuse of agency power and a completely corrupted press."

Cabalist Jews robbing US Blind Again  - Just another boondoggle to max out the US credit card
https://news.antiwar.com/2022/08/08/us-to-send-ukraine-5-5-billion-in-new-budgetary-military-aid/

US to Send Ukraine $5.5 Billion in New Budgetary, Military Aid

According to USAID, the new assistance will bring the total direct budgetary aid sent to the Ukrainian government by the US since Russia invaded to $8.5 billion. The massive amount of direct aid for the Ukrainian government comes despite Western concerns about corruption in Kyiv, which was previously used to argue against Ukraine joining NATO and the EU.
----
Reader EG's take -- Not surprising that all this unfolding as the lawless USA has been upgraded to Banana Republic...

In my opinion from all the research i have done it is clear that the Jewish-Massonic-Satanic Cabal is in full panic mode, full well knowing that regardless of the masses' opinion of Trump, he will win and flush the turds in the swamp.

Some of us look at it this way:
-the Jews that want to eradicate the whites have been trying for years to get rid of Trump (who like him or not is still stands for freedom and truth) and as with the Bolsheviks they let the FBI-CIA etc play their hence-men.
-while this circus is in town, the Cabal is busy raping the USA of billions (sent to their future homeland Ukraine, now that has 35% of their Agri-land owned-controlled by a few big Agri operators) as well as the untold billions of Afkanistan.
-FBI+CIA are repeating what they did with JFK-RFK assinations...getting rid of the opposition to the Cabal interests. CIA ran those plots with FBI getting Mafia shooters to take the kill shots. Is that the next step for Trump? Most likely as their playbook is running thin of ideas.
-when Putin (like him or not he still stands for freedom and truth) gave Trump that soccer ball was the details of Clinton's emails in it? Was Brandon to be the receiver of the ball to hack-sort out the email details within?
AN even better twist to it all...is it possible that JFK jr is actually still alive and planning to keep his promise to dad and uncle of exposing it all? Trump could be a big player in that scenario.

The raid was not about papers, it was looking for data on Clinton's email and Biden Inc stuff that can finally finish off the Cabal...
If not, then the next stage that many of the great minds and thinkers of our age fret about is revolution thus the next civil war. With all the guns the Americans possess it will be a bloody one for sure.

All the heads of the hydra will be cut off at the same time; unless the Jewish-Massonic-Satanic Cabal blows us all up first!
-------------
Andrew's take- I  believe this Trump hatred is all part of the political stage. It's like " Oh my God Trump is pro freedom, pro America, and for the people he can't dare to become President!"
Truth be told... Trump is the proverbial rope that Americans will hang themselves with.
Trump is a double secret agent! 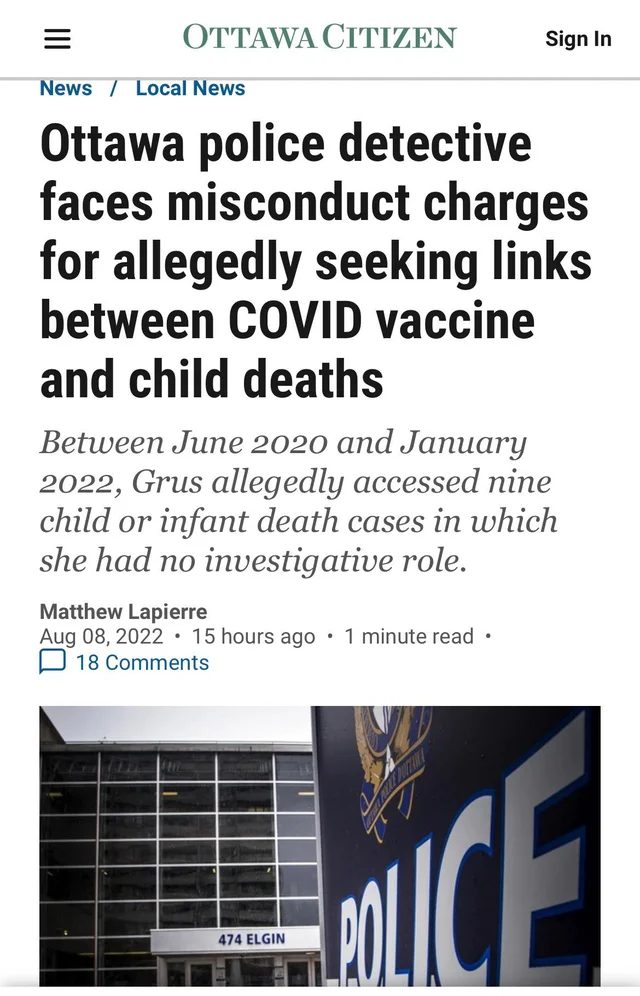 Your government is out to kill you

https://www.reddit.com/r/conspiracy/comments/wkbw0w/shes_under_investigation_because_of_her/
--
Mark Trozzi MD
Never Forget What They Want You To Forget

One accurate hard hitting minute with Samantha Marika
The perpetrators of the covid crimes against humanity think that we have the memory of goldfish. They are counting on it. They lie repeatedly and deny the things that they have said and done. Here is one intense minute from a very smart young woman, Samantha Marika. Samantha speaks from a USA perspective, but we have these covid criminals in all of our countries. They are overdue to meet justice; and we are overdue to be rid of them and build a better future.

The Russian MIL have been studying biological samples from surrendered Ukrainian soldiers, and what they have been finding is beyond disturbing. Approximately 20% of them carrying West Nile pathogens, which were being studied "by the Pentagon as part of the Ukrainian UP-4 and UP-8 projects". Suggesting that Ukrainian soldiers are being subject to involuntary biological experimentation and exposure to biological weapons (think Nuremberg).

--
Brad Salzberg
Was Trudeau Placed Into Office By George Soros And Tides Foundation?
"Electoral outcomes were influenced," alleges the report. 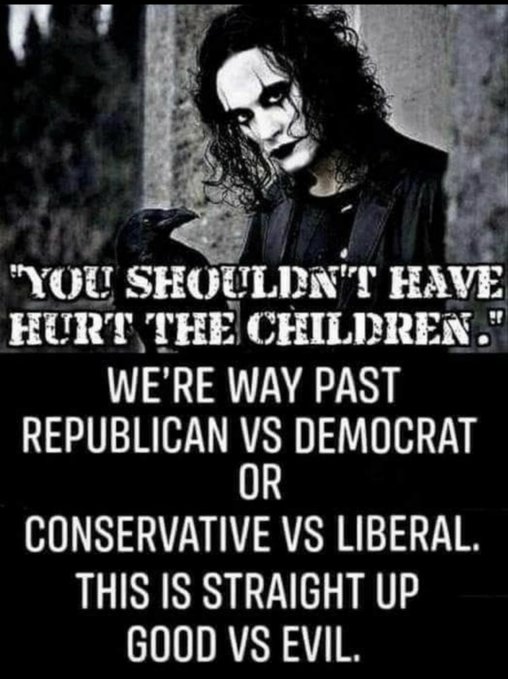 Netherlands to SHUT DOWN 11 200 farms to meet climate goals
The farmers are not happy about it.
https://petersweden.substack.com/p/dutch-farmers-11200
--
John Kaminski joins Russ Winter in Discussion

Listener- "Great stuff, Russ and co. Just listening to this show would raise anyones IQ by five points at least. It being a nice sunny day here in Munich, I decided to go for a walk. Checking out a swanky jewelry store, 'Bulgari', I noticed something odd. Fully half the items in the window display had a serpent's head theme. It seems that Evil, confident that it has won, is emerging from hiding.

--
Canadian pilot fighting vaccine mandates says he has spent 'hours' listening to jab-injury stories
Fellow pilots are 'going to lose their job because of what they had to take (the COVID shots) in the first place to keep their job.'

https://www.lifesitenews.com/news/canadian-pilot-fighting-vaccine-mandates-says-he-has-spent-hours-listening-to-jab-injury-stories/
---
James Perloff recommends
I Was a Communist For the FBI (1951), based on the true story of Matt Cvetic, exposed communism for what it was and still does--ridicules religion, incites racial hatred, "divide and conquer," mob violence, party leaders looking down on the underlings. The difference today--the FBI infiltrates patriotic, Constitutional groups instead.
https://www.youtube.com/watch?v=FBbvBLqMXDM

Comments for "August 10 - US Reeling from FBI Overreach "

Trump getting ‘raided’ by the FBI?

We know everything is a circus. Let’s get past the initial emotions and then look at what remains after the dust settles. Biden’s down in the polls and we need a new distraction.

I could be wrong but.. we know how all this usually plays out.

False paradigms. Fool me once!