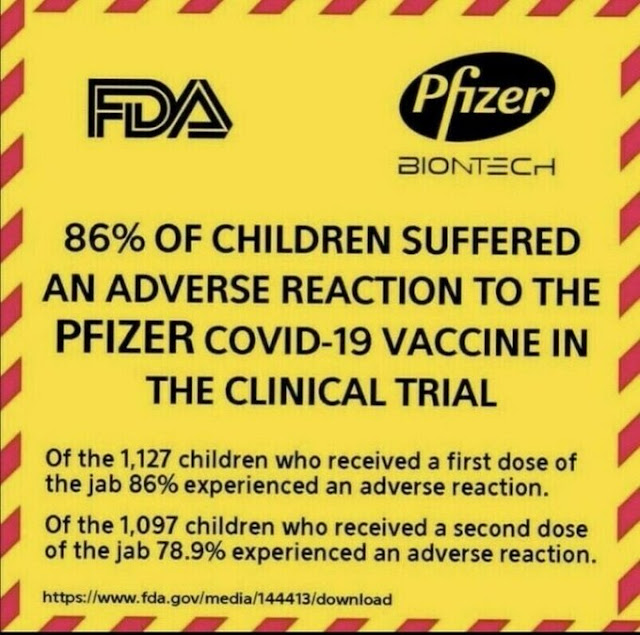 ("Effective" at killing and maiming. Trials convinced Lucifer to go ahead.)
Please send links and comments to hmakow@gmail.com
Disclaimer - While I believe the "vaccine" is intended to debilitate or kill people, I am not seeing a lot of first-hand evidence of this here in Winnipeg.
While 85% of Canadians have received one vaccination, and 82% of those, two, people I see seem pretty normal. I'd like to receive more personal accounts of vaccine damage.
Father of child who developed myocarditis after the Covid-19 vaccine calls the pharmacy that administered it

"This is heartbreaking to hear. This man's wife took their young son without his consent to get the shot. The pharmacist who administered the shot did NOT advise the mother that myocarditis is a possible side effect. The child is in the hospital with myocarditis now and the man is enraged that his wife wasn't informed before the shot was administered. When he asks why, the pharmacist says "we don't want to scare people because then they might not take the shot" and the man goes in on her. She tries to say that it's a rare side effect and that the benefits outweigh the risks.
The man challenges her asking if they are going to tell people the side effects properly and the pharmacist tries to deflect. He accuses them of not telling people so they can get their $50 and how his son's blood is on her hands. He tells the pharmacist that 20% die from myocarditis with 5 years and they have fucked his son for the rest of his life.

Give it a listen for the full call. The man is living in New Zealand from what I got from the audio."
https://www.reddit.com/r/conspiracy/comments/whst9l/father_of_child_who_developed_myocarditis_after/

full call---https://media.gab.com/system/media_attachments/files/112/778/799/playable/1b3a3c5df9efcc6d.mp4
-------
Reddit Reader- "This mantra of not discussing side effects for fear of scaring people away is coached from the highest levels. I heard the exact same thing discussing with 2 doctors I know (not their patient, casual conversation about the vax pros and cons). ... I want to see people impacted by this revolt against their individual trusted medical professionals. Only then will these brainwashed cultists of the medical community wake up to what they've done."
--
DEATHVAX™ gonna DEATHVAX™: With over 96% of the adult population fully vaccinated and 70+% boosted, Australia has just set a new record for COVID deaths. 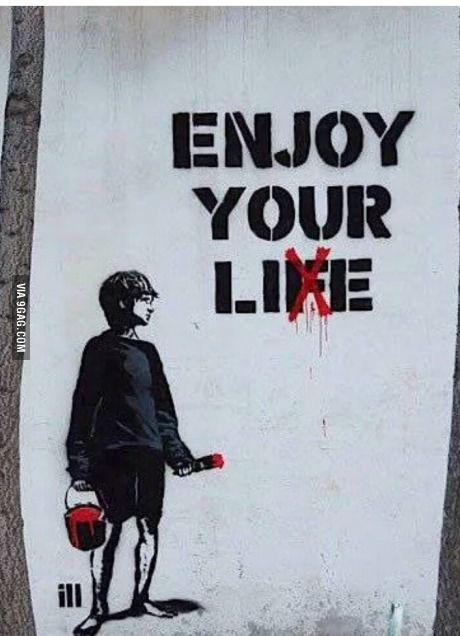 
Pfizer is a anagram for Lucifer in German

https://twitter.com/FuckLaCinqG/status/1555924026463330306?s=20&t=qvJhjpABf06vVhx2UlQZFw
--
The U.S. Centers for Disease Control and Prevention (CDC) on Friday updated its monkey pox advice to suggest people most at risk, namely men who have sex with men, "take a temporary break" from those behaviors to help "contain ... the outbreak."

https://www.theepochtimes.com/cdc-suggests-gay-bi-men-take-a-temporary-break-from-sex-to-curb-monkeypox-spread_4647169.html?est=seLA%2FIL%2FDIX5tYukbBe86cpogk7Zyq2nPjToKaMIZQh9GDWeJ1FyOORxBhM%3D
--
Graham Phillips: British Reporter Is Exiled and Has His Banking Accounts Frozen for Telling the Truth about What Ukraine was doing to the Donbas 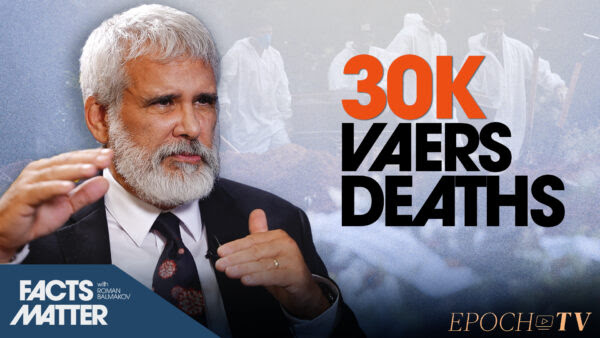 Viewer--"I feel a change and major awakening coming from this movie....fantastic"

--
Steve Bannon UNLOADS at CPAC: The Federal Reserve Has Usurped the Power of the People and Must Be Ended (VIDEO) 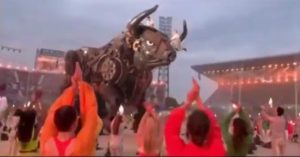 Trudeau Had No Scientific Basis for Ban on Unvaccinated Travelers in Canada, Court Docs Reveal

These newly-unsealed court documents indicate that, far from following the science, Trudeau and his Cabinet had been focused on pure politics in implementing the domestic travel ban. In the words of Bruce Pardy, a law professor at Queens University: "The Trudeau government has claimed to follow the science on Covid, but that science is strangely different than it is everywhere else. Instead, its policies are based on spite, divisiveness, and pure politics. Covid now serves as an excuse to punish the government's ideological enemies."
https://michaelpsenger.substack.com/p/trudeau-had-no-scientific-basis-for
--

1.) We would be helping the CIA fly drugs into the U.S. to fund many covert operations;

2.) Military ''consultants'' were to work hand-in-hand w/civilian police agencies to ''quiet'' anyone whom was deemed a ''security risk.'' (We would be gov't-paid assassins!)

3.)Many other details -- to verify these last two, see the enclosed article, or watch, again the movie ''Lethal Weapon''. . . .

It also gives you new insight on things like WACO, etc. -- they were murdered by hit-men.

Retired Green Beret, Ex-Military Contractor & Entrepreneur Gets Rude Awakening When His Former Employer The FBI Designates Him and His Foundation "Domestic Terrorists"

"He does not appreciate that the FBI is nothing more than a Cult node just like the CIA is. Nor does he understand how the UN, WEF, WHO, IMF, the various nonprofits, et al. are destroying America as per their One World Government agenda." 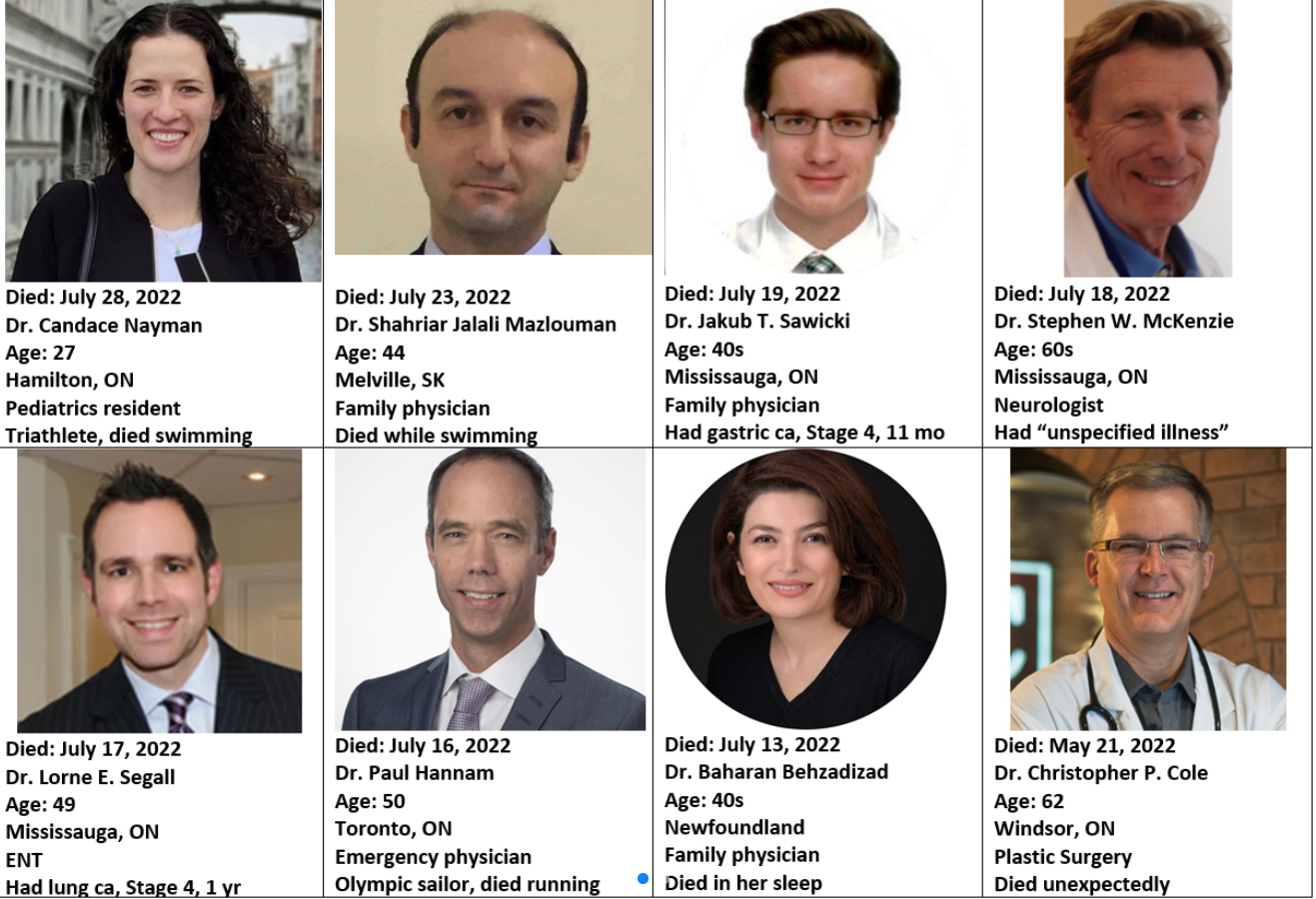 All of them were at least triple vaccinated due to illegal vaccine mandates. s
" Sadly, I expect many more deaths to come " - Dr. William Makis MD

Sure, Steve Bannon will attack the Fed. The Federal Reserve has bankrupted America! We have a trashed, looted and broken financial system which became little more than a Ponzi scheme over time and many years ago. They want this broken system to crash now, so that the new international digital control system, the communist universal basic income system, can be brought in to replace the failed Fed. It will be their answer to the ensuing chaos and disorder, their Order Ab Chao. That is why all the money is being skimmed off the top now, and sent to the Ukraine to be laundered and no doubt sent back into the coffers of the likes of the scoundrels who're all in the know and in on the take: the Bidens, the Clintons, the Bushes, the Pelosis, the Shumers, et al.: all the American political crime families who're in on the gig! It's their pay-off no doubt for helping to bring down this country!

I strongly suspect Bannon, Trump and Tucker Carlson are all false opposition! They are all controlled by the Money Power, only pretending to be patriotic Americans; all playing their parts now on the stage before our eyes. Look at their backgrounds. Bannon is from Breitbart and the Jews. Trump came out of, was steeped in, Freemasonry and Carlson is obviously CIA as was his father before him! These people keep us entertained with their antics while the country has been caught by the jugular and is being consumed by the wolves.

The nightly news and the talking heads are a side-show, the GREEN SCREEN of the Emerald City Oz, all being manipulated and projected by the little men behind the curtain, a fabrication to keep the people dazed, quiet, controlled and clueless as to the real life operation taking place behind the scene.