Non-Compliance is Not Good Enough 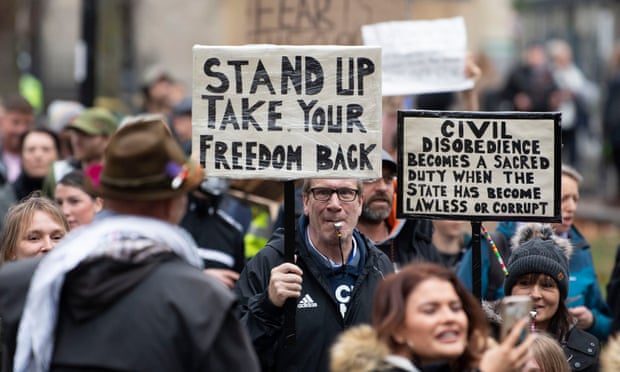 "We are up against consummate evil; they want us dead.
If everybody decides to fight back we'll get the job done,
even in the face of their "weapons of mass destruction."
Seven billion is a very big number, and yes, many or us will die,
but likely with soul intact."
G is an American woman in her seventies.
by G
(henrymakow.com)
Re:  "Mass noncompliance is all that is necessary to stop Covid Communism."
(Book of Revelation - Human Genocide Marketed as Prophecy)
Two years ago I might have resonated with this, and though the author makes some powerful points, I think this "non-compliance" stance is naive.
Look around the world at all the protests and uprisings, all the sign-holding, all the appeals at town halls and city council meetings, all the accredited scientists and other professionals exposing the lies and the tyranny, all the journalists showing what's behind the curtain.  Still the machine pushes forward.
We're now at the point of lock-and-load and be ready to self-defend and to defend what you love.  We are the unorganized resistance, because, as you know, to organize is to invite infiltration and co-opting. 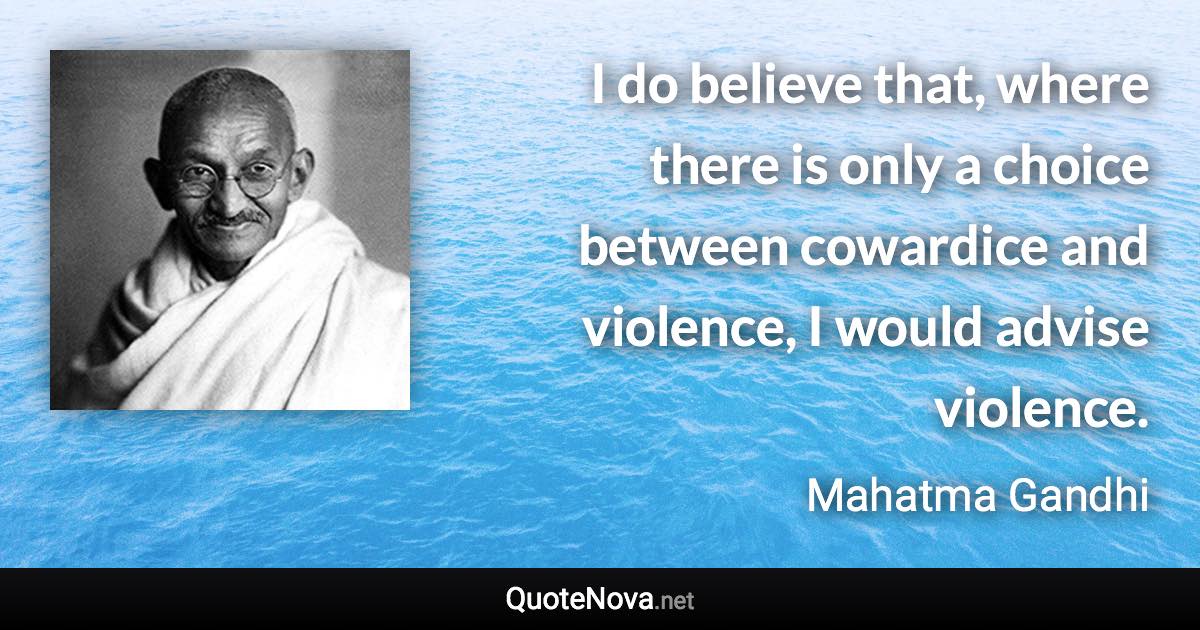 This will happen on an individual basis as each draws his or her line in the sand.
Death or slavery are the other options.
As a Christian, this is not an easy place to arrive at, but one blessed by Christ himself, and other luminaries who preached non-violence.  Let me elaborate on that with a few examples and quotes as I now see self-defense, and defence of the innocent, as a noble path.
I was having a conversation with an acquaintance and we discussed self-defence. He said that he had mixed emotions about it and would never want the karma for killing someone; I said that I'd never want the karma for not protecting the innocent.  Simplistic, but the point was made.  Compassion has many faces.  I told him I used to be where he is, but not anymore.

Once in concert I heard Pete Seeger, who sang countless songs about peace, say he wasn't a true pacifist.  He said "If they came here, I'd fight."

I remember also, that Martin Luther King applied for concealed-carry before he died (it's on record) and travelled with many body guards.

Now I see self-defence, and defence of the innocent, as a noble path.

"Among the many misdeeds of British rule in India, history will look upon the act depriving a whole nation of arms as the blackest." -- Gandhi, from his autobiography

"I do believe that, where there is only a choice between cowardice and violence, I would advise violence." -- Gandhi, from his autobiography

"I would rather have India resort to arms in order to defend her honor than that she should, in a cowardly manner, become or remain a helpless witness to her own dishonor." -- Gandhi, from his autobiography

"Then said he unto them, but now, he that hath a purse, let him take it, and likewise his scrip: and he that hath no sword, let him sell his garment, and buy one." -- The gospel of Luke, chapter 22 verse 36

Some say being armed will just keep escalating the violence when just the opposite is true.  Many disarmed countries are most violent and give permission to their governments to tyrannize.
As you know, we are up against consummate evil; they want us dead.  If everybody decides to fight back we'll get the job done, even in the face of their "weapons of mass destruction."
Seven billion is a very big number, and yes, many or us will die, but likely with soul intact.
All I do is pray to be brave and keep my commitment to living free and helping to assure the same for my grandchildren.  God gave me freedom and I ain't about to throw it away.
-------------
Related - We Face Pure EVIL - Don't be Deceived

First Comment from CR who advocated mass non-compliance-
The fact is that in most parts of the world we really haven't had mass noncompliance so far.  As I said, "If enough people refuse vaccines, covid tests, lockdowns, and segregation there is nothing the government can do."  Too many people have gone along with the bullshit narrative.

If only a small minority of people take the vaccine then there can be no vaccine passport.  If nobody gets tested then there are no "cases".  If businesses open up and people go to work then lockdown orders have no effect.

The failure of so many people to stand up for their most basic rights is how we got to this point in the first place.  It could be turned around, but only with the support and cooperation of a sufficient number of people, like around 50%.  Unfortunately, it looks like the majority of people are more likely to line up for booster shots in a few months unless something changes.
David wrote-
Your correspondent "G" , a woman in her 70's ,who authored this morning's article stating non compliance in Not Enough, expresses what this man in his 70's (me) has been saying for a long time. To complement the article you've included some material from Mahatma Gandhi.  I was fortunate to learn more about this remarkable freedom fighter and spiritual inspiration from Eknath Easwaran, who spent time in Gandhi's ashram when a young man, and who continued a close friendship and correspondence with him until Gandhi's assassination in 1948.
As an author and international lecturer I corresponded with Ecknath for several years, as I did my best to waken and inspire humanity to address what now clearly faces us. I wish to share two things Gandhi shared with Ecknath, germane to "G's" consideration. In conversation Gandhi stated that if he had access to fire arms he would have recommended their use. But as he and his followers did not, he was circumstantially bound to follow a course of peaceful protest and peaceful non compliance.
The other is a quote I present from my book, The Real History of the Earth.
"What was legendary peace activist Mahatma Gandhi's suggestion re. the Jewish problem facing humanity?
"The salvation of the Jew lies in their committing mass suicide."
Asked to clarify his remark Gandhi added, "Suffering voluntarily undergone will bring Jews an inner strength and joy. If the Jewish mind could be prepared for voluntary suffering even the massacre I have imagined could be turned into a day of thanksgiving. It is a joyful sleep to be followed by a waking that would be all the more    refreshing    for    the    long    sleep."    -    excerpted    from    a    letter     to     George   Orwell, http://www.youtube.com/watch?v=uQKlz3CvcWI

Comments for "Non-Compliance is Not Good Enough"

The title of article is very true, and something I have discussed with friends in critiquing David Icke.
Non-compliance is not pro-active. It isn't enough to say no, it is more important to have a direction one is
positive about and manifesting.

We need to be pro-active. The solution to slavery is getting rid of the master and having a direct relationship with the Earth, with no elite in our way.
David Icke, a truly insightful gifted person, is not pro-active ever. And that isn't good enough.

So what is your mission? Mine is self sufficiency and I won't get there in this lifetime, but that is my direction. I don't want to "not comply " I don't want to be in any conversation or relationship with slave owners, period.

And Gandhi chose violence indeed; as soon as they got independence, his government started a horrific persecution and genocide of pakistanis and sri lankas!!! Such a hero and reference, hey?

The experiment is neither COVID 19 and all its variants nor the vaccines, PPEs, tests, lockdowns, etc. It is 5G and its variants and its weapons - directed to human beings and their environment. Our first action is to ask our armed forces to take down these illegal 5G towers and satellites. If they refuse, then it is our human duty to take them down in self defence.

H it's Mat, I agree with G. It's really very simple and the point is the illuminati didn't get here through non action. They patiently but aggressively moved the new world order forward and sacrificed hundreds of millions of people to get it done. To think one can just ignore or just not comply is another form of self denial which the sheep are already experts at.

As governments push harder, people will respond in kind. It usually happens when they see their children die in their arms. When people have nothing left to lose, they lose it.

I was at a mall this weekend and pretty much refused to wear a mask indoors. I wasn’t alone but I was for sure in the minority. The general open areas did not require masks but individual stores did. The empowering thing is when as yourself, you see others not masked. Some people refuse to mask up, and in some cases, not wear masks where there are signs saying masks are required. Others get the hint and remove theirs as well.

People who just can’t seem to remove them will be casualties for sure. However, there will be those of us who will lead the way.

This is 99% information war. Our weapons are knowledge and courage. The lab created COVID bug is a mere annoyance. The real threat is the vaccine and the mind control required to accept it. Don’t be afraid to engage in conversation. Be that bucket of cold water but choose your battles wisely.

Anything I can do to be that thorn.