Pre-Covid Movie Harkens Back to When People Were Human

Movie Review
After the Wedding (2019) was so good, I was apprehensive to learn how badly it bombed at the box office. It grossed $3 million. It probably cost at least ten times that to make. Critics gave it 46% on Rotten Tomatoes while audiences gave it 76%. This is why movies today are shitty. The good ones bomb.
By Henry Makow PhD
"A manager of an orphanage in Kolkata travels to New York to meet a millionaire benefactor."
This is how the movie was marketed. It's not what it's actually about.
The "benefactor," magnificently played by Julianne Moore, is dying of cancer. She is trying to re-unite the "orphanage manager" played by Michelle Williams with her husband (Billy Crudup) and her step-daughter (Abby Quinn) because the manager is actually her step-daughter's birth mother.
Admittedly, the set-up, based on Susanne Bier's 2006 Danish movie, is ridiculous. Supposedly the Williams and Crudup characters had a baby and agreed to put it up for adoption and separate. But Crudup changed his mind before the "grace" period expired and raised the child (Grace) himself without telling the mother who had left for India. He later married the Moore character who became a famously wealthy entrepreneur. 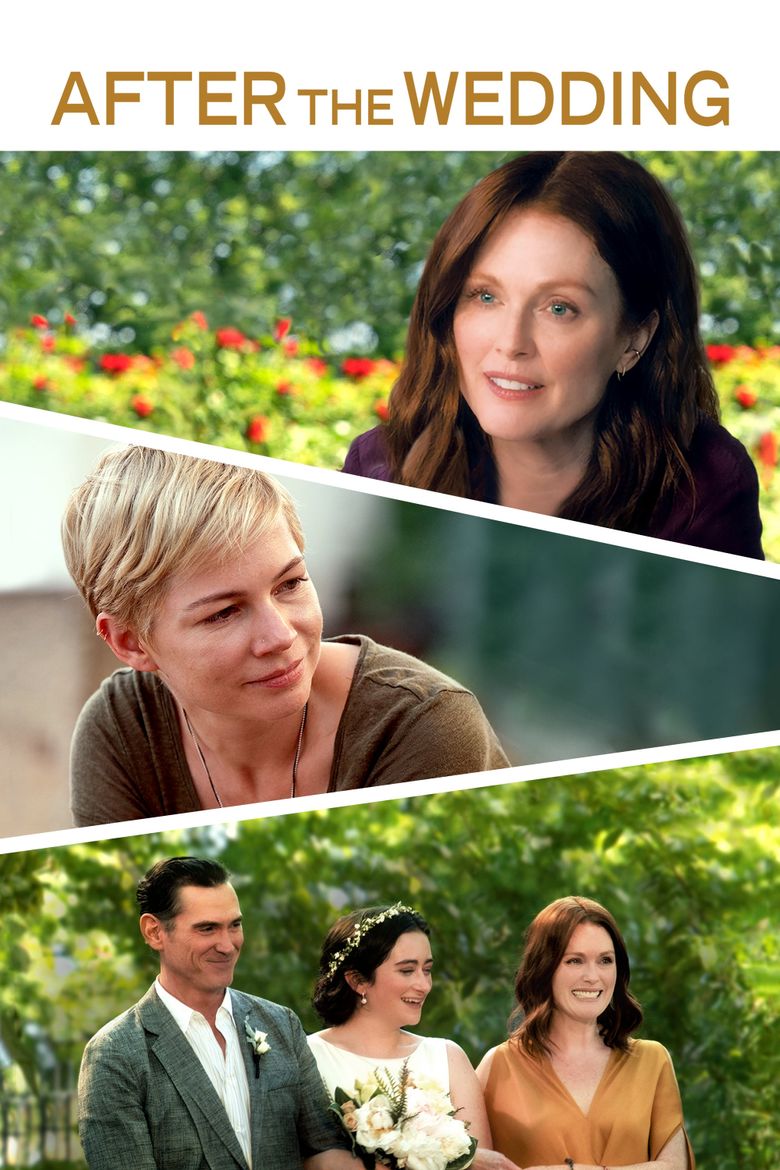 The storyline is not why I consider this movie a work of art. I love it because it portrays people as sophisticated, complex, generous and loving.
I also love it because the acting is superb. Michelle Williams perfectly portrays the orphanage manager as a combination of tough-mindedness and otherworldly spirituality. Yet, she stlll has tender feelings for Crudup.
Julianne Moore is totally convincing as the millionaire entrepreneur who is planning for her own demise by giving her wealth to her husband's first love and their daughter.
Again, totally implausible but I love God's fools, probably because I am one too.
But frankly I am incapable of such selfless acts of love, except as a writer. Love for me is always based on an exchange, mutual dependence.
I am cynical when comes to most people, especially now during the covid hoax.
The movie showed me that "uncool Henry" is a selfish egotistical person.  ("Cool Henry" and "uncool Henry" are at loggerheads.)
Uncool, cynical Henry is actually repelled by the Michelle William character's love for the Indian street kid. Satan has made a home somewhere in my psyche.
(Cool Henry: The movie shows how easy and cheap it would be to give millions of abandoned and abused children the Gift of Life. Most human beings are beautiful and good. They want us to be selfish, cynical and fearful.)
We desperately need more love today.
This is a War against Love.
Satanists will declare victory when they've completely eradicated human dignity from this planet.
Corny as it sounds, we can defeat them by holding our noses and loving one another.
PERFORMANCES
It's not like the Moore character isn't afraid of dying. There is an unforgettable scene when her husband lovingly comforts her as she bawled, as we will, " I don't want to die. I'm not finished yet."
Both Moore and Williams deserve "Best Actress" Oscars for their performances. Of course, they weren't even nominated. The screenplay was written and directed by Moore's real-life husband Bart Freundlich whom I also consider a genius.
The daughter played by Abby Quinn was miscast. Although a competent actress, she doesn't look like either of her supposed parents.  Williams is too young to be her mother. And frankly, Quinn is not attractive. Hollywood programmed me to believe that a young woman has no human value if she isn't sexually attractive. Any wonder young women are so messed? So, I guess casting Quinn was another courageous move.
Also, the motivation behind the William's character is weird. After giving up her child for adoption some 20 years ago, she adopts an Indian street kid and nurtures hundreds more. Yet she is suddenly ready to restore her relationship with her birth daughter and her father?
But the plot-holes pale beside this convincing portrait of competent, decent, loving, complex and intelligent human beings such as I fear do not exist. We desperately need inspiring role models today: credible people that we can genuinely admire.
Hard as it is, love makes us human. Love has become a cliche. Maybe we should use the word  generosity instead.
Satanists will declare victory when movies like this are no longer made.
You can catch "After the Wedding" on Amazon Prime or HBO Max.
---------------
First Comment from Brendon O'Connell
Not single car chase? Henry...how could you?
Love is the fulfillment of The Law. To be sure. Love is selfless and kind. I and the other are one. The irrational feminine feeling function is what the scientific rationalist fear...some repress it and try to kill it in the outside world. Some seek to control it via New Age kabablsitic ritual.
Some seek to befriend it.
JAMES 2:23
And the scripture was fulfilled that says, "Abraham believed God, and it was credited to him as righteousness," and he was called God's friend.

I think you fingered the divine purpose of the virus hoax when you wrote:
"I am cynical when comes to most people, especially now during the covid hoax."

The purpose of Covid tyranny is to bring out the ABSOLUTE WORST in EVERY human on the planet.
This appears to align with Revelations prophesy.

"Satanists will declare victory when they've eradicated human dignity from this planet."
Where do you get this from? Isn't the goal of Chabad Zionists to provoke the appearance of their messiah?
(Return of Messiah for Christian zionists)

At which point they restore order under Noahide with themseves as gods on earth?

Methinks Mike Stone, is jumping the gun. After all, outright, immediate, genocide would get the guns out and blazing. But most who understand the jab are saying "from now on and up to two years" on mass deaths.

In other words, constant deaths more or less staggered with a two year completion. To back that up, most of the people who have been injured say their symptoms do not lessen after reaching a certain level.

In other words, whatever has been done to them is still there and still constantly working. Plus the number of deaths at one time keep increasing as days pass.