Rosa Koire Died May 30 of Lung Cancer    Rosa did more than anyone to expose the globalist agenda. She will be sorely missed. She fought the good fight until the end. On May 22, she tweeted, "Please pray for me, my friends.  Even through this hard fight we're in, this struggle to direct our lives in a natural dignified human way, we need to keep our love glowing.
Thank you for caring. I'll feel your prayers."
Rosa Koire: UN Agenda 2030 is Literally Agenda 1984
(The full lecture is here)
We are wasting our time discussing if the coronavirus is real or the lockdowns justified.
They are real and justified in terms of the seditious goals of Agenda 21/30.
UN Agenda 30 is the Missing Piece of the Puzzle. It Explains the Mask & Lockdown Insanity, and much more.
"When we introduced into the State organism the poison of Liberalism its whole political complexion underwent a change. States have been seized with a mortal illness--blood poisoning. All that remains is to await the end of their death agony." (Protocols of Zion, 9)
"In order that the true meaning of things may not strike the goyim before the proper time, we shall mask it under the alleged ardent desire to serve the working classes..."   (Protocols of Zion, 6)
from Oct 8, 2020
by Henry Makow PhD
Picture in your mind an Orwellian dystopia like 1984, a world in which you have no rights, no freedom, no property, no family, no country, no religion, no say, and no nothing.
UN Agenda 21 is the blueprint for such a world. The infrastructure has already been built. (Agenda 2030 is a milestone in Agenda 21 i.e. Century 21.)

This is the context in which all current events must be seen. We are wasting our time discussing if the coronavirus is real or the lockdowns justified. They are real and justified in terms of the seditious goals of Agenda 21/30.
This is the picture into which all the puzzle pieces fit: Defund the police. Systemic racism. Climate change. Rural fires and displacement. Artificial intelligence. Mass surveillance. Transhumanism. Sustainability.
They are all part of the UN Agenda 1984: A world police state.
The scary part is that 179 countries signed on to this world government tyranny at the Rio Summit in 1992. That's how advanced this agenda is, and for the most part, humanity is oblivious to this powerful and sinister conspiracy.
The media doesn't report it, and therefore we tended to dismiss Jeremiahs like Rosa Koire and Niki Raapana.
LOCKDOWN LUNACY IS BEGINNING OF SOMETHING MUCH WORSE
They are literally constructing 1984. This is the logic behind the insanity we are witnessing. This is where our focus should be.
I have been saying that the Cabalist Jewish bankers wish to extend their monopoly over government credit into a monopoly over everything. 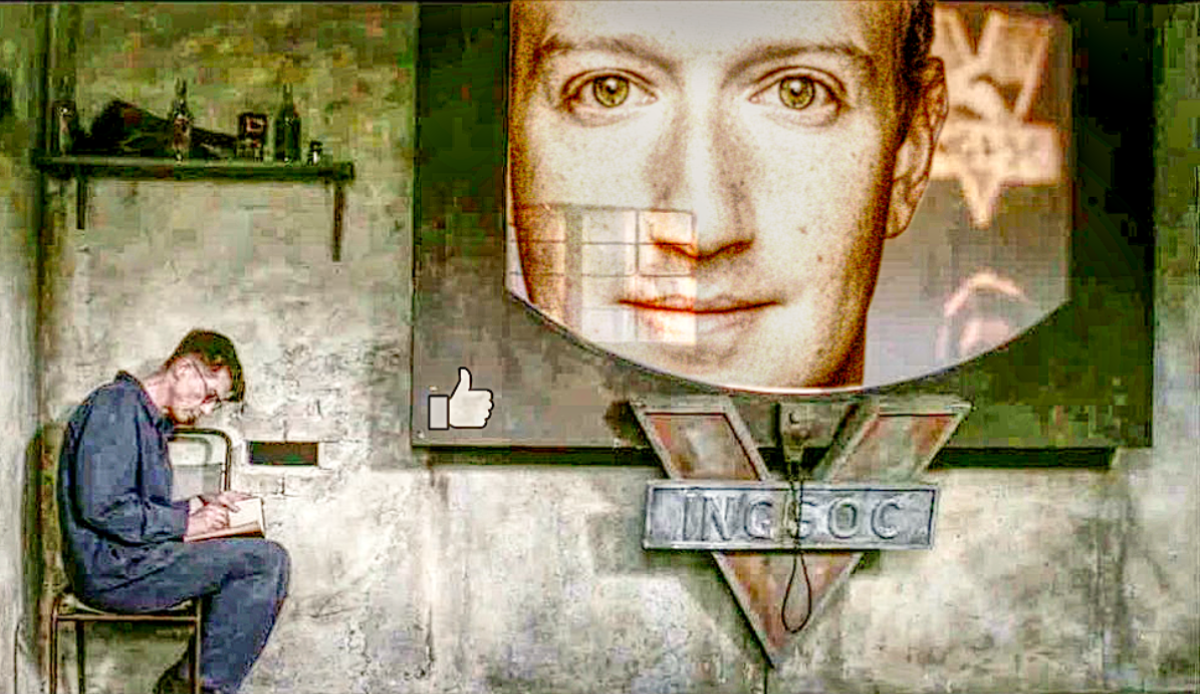 In 1938, insider Chaim Rakovsky told his NKVD interrogator that the bankers created the Communist state as a "machine of total power" unprecedented in history.  In the past, due to many factors, "there was always room for individual freedom. Do you understand that those who already partially rule over nations and worldly governments have pretensions to absolute domination? Understand that this is the only thing which they have not yet reached."
Rosa Koire says Agenda 21  is "the blueprint, the action plan, to inventory and control, all land, all water, all minerals, all plants, all animals, all construction, all means of production, all education, all energy, all information, and all human needs in the world. It is a comprehensive plan."
What is unsustainable? Agenda 21 posits, is that the middle-class lifestyle of owning property, a yard, and cars is not sustainable.
"Life in the suburbs and rural areas is unsustainable because it produces too many greenhouse gas emissions," Koire says, emulating the argument for dense urban planning.
"It is the kind of thing that makes you sound crazy when you talk about it," she says.
"Well it is crazy, but we aren't."
The fact that the bankers are going to this much trouble to enslave us gives me hope that they are not planning to kill us in an orchestrated nuclear war.
But the bottom line is that we are being distracted from the big picture. Our minds have been trivialized. We are incapable of recognizing the danger in which we find ourselves. We are complicit in our own destruction. 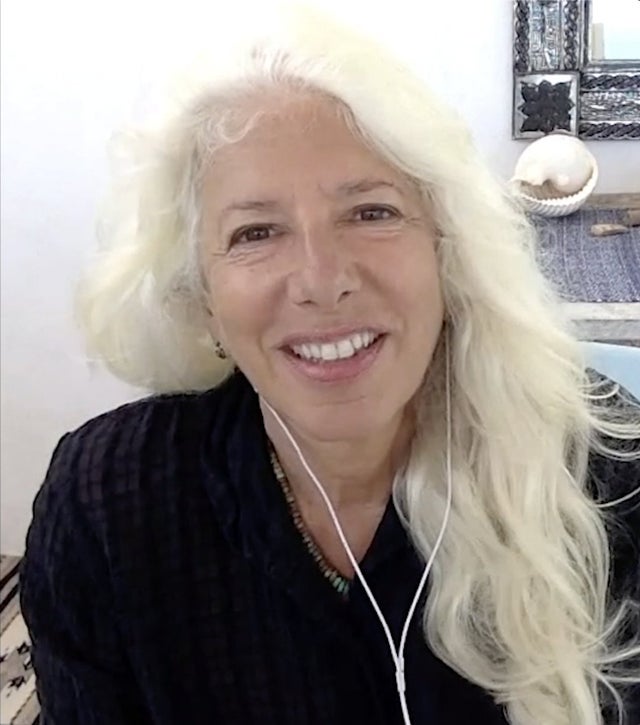 Rosa Koire is a beacon of light in very dark times. I will be watching all her videos; ordering her book and joining her organization.
We need to establish anti-globalist groups in every city, town, and state if we are to stop enslavement.
Quotes from Rosa Koire:
--
"Community Oriented Policing (under the Department of Justice) will encourage, if not require, people to watch their neighbors and report suspicious activity. More activity will be identified as 'crime'--such as obesity, smoking, drinking when you have a drinking problem, name-calling, leaving lights on, neglect (in someone's perception) of children, elderly, and pets, driving when you could ride a bike, breaking a curfew, and failure to do mandatory volunteering. The 'community' will demand more law enforcement to restore order, and more rules and regulations will ensue. The lines between government and non-governmental groups will blur more and more as unelected local groups make policy decisions using the Delphi Technique to manufacture consensus. The Chinese and Russian models are instructive in what you can expect under Communitarianism. Read Nien Cheng's Life and Death in Shanghai, and Alexsander Solzhenitsen's The Gulag Archipelago for real world examples. The War on Terror is a Communitarian plan designed to terrorize YOU."
"The key thing to know about this is that of course, you have no input. Only comments and observations that support the pre-approved plan will be supported. All others will be written on a big pad of paper and discarded later. The illusion of public buy-in is all that is needed. The organizers can later point to the fact that they held a public meeting, a certain number of residents attended, public comment was taken, and the community approved the plan. The facilitator is often a private consultant who has been professionally trained in running and managing a meeting. This consultant has been hired by your city to fulfill the requirement that the project has been seen and supported by its citizens---it's YOUR plan." â€• Rosa Koire, Behind the Green Mask: UN Agenda 21
"Delphi is used in school board meetings, in training, at neighborhood association meetings, and other places where the organizers want to give the appearance that they have listened to community opinion and incorporated it into their plan." â€• Rosa Koire, Behind the Green Mask: UN Agenda 21
Related- Rosa Koire - Obituary
A Tribute to Rosa Koire: Rest in Peace  by Dave Cullen
Koire interview with Spiro Skouras - 1964- The Endgame
COVID 19 is Linchpin of NWO Blueprint
https://www.democratsagainstunagenda21.com/
https://www.youtube.com/watch?v=o8-bcAwc28s
https://by-julietbonnay.com/2020/07/exposing-un-agenda-21-rosa-koire-pulls-back-the-curtain-video/

Comments for "Rosa Koire Died May 30 of Lung Cancer"

Henry, when Glenn Beck gets "it" then I will believe: The moon is green cheese and the plans of the Illuminati are myth.
I noticed shortly after I read your post concerning Rosa Koire I noticed her appearance on the Glenn Beck show.
And this alerted my smell receptors. It is too smooth and misses the real agenda.
If as you say in books about the real conspiracy that we are up against Lucifer and all that entails, the dystopian vision of 1984 pales.
Far more is the survival of a few billion people and this information presented is interesting only if it is an exercise to give hope to a few "snowflakes".
It is a struggle to not only awaken others but our own infirmities prevent decerminement from the deliberate and very sophisticated propaganda
I am not denigrating her work for that is not my intention.
But the big fish is the deliberate population reduction. Until I see a plan to stop the military enforced vaccines and misc. efforts to poison us, or Divine intervention, I remain skeptical.

The situation is, in my humble opinion, as we enter into the final phases of the planned subjugation of the planet, filled with false
flags, deception through seemingly credible sources and gate keepers and Judas goats, we will run the risk of acting on advise we will
regret.

This is what I mean about any of the proposed methods for dealing with the multiple facets of the well planned deception to keep us
entertained while their plans are finished so no escape is possible.

It is disturbing to see how obvious this fraud is. David Icke and Dr. Andrew Kaufman have discussed Operation Moonshot in detail and you could even watch it on YouTube.

But the masses follow the propaganda like lemmings. You remember the movie Fahrenheit 451 wherein the end the masses begged for the vaccine.

I wish I was optimistic for the future. If Trump does not win the election, dark times will begin. The violence will come either way, but with Trump as the winner, things might not be quite so bad. Time will tell.

Rosa K is deliberately trying to deflect our attention from the coming genocide of 90% of the world's population mostly in the low IQ nations populated with "useless eaters". The mass murder will also target third-world immigrants, Blacks and Latinos in first-world nations. The survivors will mostly be high IQ populations in the West and in East Asia (Japan, Singapore, South Korea, Taiwan and China).

She fails to mention the three aims of Agenda 21/2030 that are deindustrialization, depopulation and a complete switch to renewable and clean energies by 2030.

Above all, Rosa Koire assumes the grand success of Agenda 21/2030 and the creation of the draconian world police state. She's definitely a disinfo agent. She has forgotten the llluminati is following a subversive occult agenda to bring down "hell on earth" but what's overlooked is that G-d is the creator and controller of everything and so if He withdraws permission then that spells the end of the Agenda 21/2030.

The world is being subjected to a huge scare by the divine to shock people into behaving sensibly and with restraint and to open their beings to the descending Mashiach/Mosiach consciousness.

I am reminded of Amos 3.6 from the Tanakh: "is there any evil in the city and HaShem has not done it?" This key verse inforns us that G-d is the creator and controller of everything good, evil and transcendent, while His true nature is ineffable. This quasi judgement of the world by the divine will pass and the world will enter a rejuvenating spiritual phase by 2021-2022 that will stretch on for centuries if not until life on Earth lasts..

Finally, it now appears the world has seen the last of evil as the Globalists stumble and recede into the woodwork as none of their major plans will see the light of day as billions of people awaken to their sinister designs making the elites backtrack. If the Globalists contest the divine fiat they'll be murdered by providence. Be sure of this.