Political Correctness has Replaced the Profit Motive
by Henry Makow PhD
Ever wonder why Coke would insult its white customers?  Why Gillette would slander males who have a vestige of "toxic" testosterone?
Ever wonder why the NFL and the Oscars would go out of their way to alienate patriotic Americans?
Don't these businesses seek to maximize profit?
The World Economic Forum released a 4.30 min. video a month ago which solves this conundrum.
"Capitalism as we know it is dead," it pronounces. The pursuit of profit has led to "inequity."  They are introducing a new "stakeholder's capitalism" where political correctness gets you more points than actual profit.
Can you imagine what this does for efficiency? Instead of producing the best products most efficiently, companies now strive for the more diverse workforce; the most homosexuals on the Board of Directors.
Common sense (reality) rewards merit. It is color-and-gender-blind. But hard work and talent are now considered "white supremacist" as if Black jazz musicians don't excel at both.
They have driven hard-working people from the workforce and put millions on the dole. People are being paid NOT to work.
Just as companies don't care about profit, stocks trade at a multiple of their political correctness. It doesn't matter that they are at pie-in-the-sky valuations. Many multi billion dollar companies don't have any earnings at all.
But anything that taps into political correctness -- renewable energy, plant-based foods, vaccines, work-from-home -- are off the charts. Stocks trade like crypto currencies. They go up for no reason other than people will pay more. People are engaged in a speculative frenzy much like the roaring twenties, and we know how that ended.
We have detached from reality. Eventually reality will catch up to us, and it won't be pleasant.
PLEASE GET INTO THE BOXCARS (TRUST US)
The video is also noteworthy because it acknowledges that their genocidal conspiracy is becoming more widely known. "Global leaders are suspected of  conspiracy."
They even flash the "OBEY" sign from the movie "They Live."
It asks us to trust that these eugenics-loving billionaires who are injecting us with potentially toxic vaccines for what is nothing more than a refurbished flu. 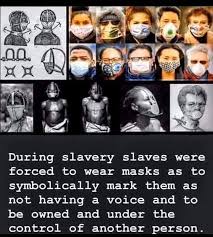 We're supposed to believe that these demons who have masked the whole world like slaves, have our best interests at heart!
They appeal to us to "get involved" and "build a better world." This after destroying millions of businesses and sending hundreds of millions into abject poverty? After showing they intend to marginalize anyone who refuses their jab-brand?
Communists always pretend to have everyone's best interests at heart, and we know how that turned out. We have been taken over by Communists.
Your game is up, Rothschild. We've seen this coming for a long time, and you've virtually confirmed it.
Don't ask for our acquiescence in the loss of everything we hold dear, all beauty and joy, life itself.
-----------------
Related - Reader--"Mark Windows has made some great videos about stakeholder capitalism, Green New Deal, Agenda 21/ 2030, global government which is global governance."
The Great Reset Explained - "As the UN say, No one will be left behind." i.e. no one can escape.
Corporate Socialism - Understanding Our Present Dystopia

"Your game is up, Rothschild. We've seen this coming for a long time, and you've virtually confirmed it.

Don't ask for our acquiescence in the loss of everything we hold dear, all beauty and joy, life itself." - Henry Makow

Perfectly emoted. I'll see your bet and raise you 10 (:
Rothschild et al; God is not your friend. Not your's, Rockefeller's, Goetz', Tedros', Fauci's, Schwab's or the poisonous lot of you.

We know you are against God and therefore against God's creation - all of us. We are going to fight you tooth and nail, even to the death to secure this world for our children and grandchildren. You can take that to your fiat based corrupt bank.

The merit standard has been replaced with a dysfunctional system where the best man often loses. And yes, the reality of this insanity will catch up with us very soon. America will no longer be able to remain competitive in the world economy if political correctness prevails over knowledge, expertise, and experience. Without America's best people in the key positions of government, finance, and the corporate sector it will be doomed to fail.

We now have a president who has become a slave to this partisan dogma and has lost his and America's identity in the process. Without political bipartisanship you no longer have a sovereign government. Many people at home and abroad don't believe Joe Biden is really in charge. And, if he really is, they don't appear to have a lot of confidence in him. This is not good.

they destroy us with secularism & try to make us believe that there are secular answers; what a game. wasn't it Khrushchev back in the 1950's that took off his shoe, slammed it on a desk & said,' we are going to get you no matter what it takes'. we got drugs & rock music that aimed at our youth, eastern mysticism thanks to the beatles, and a 'eat drink & be merry' attitude. we have been destroyed without them firing a shot. God says, 'return to me, and i will return to you'. 'My ways are not your ways'. O for a great spiritual revival in the land!