Jerndal - The Motive for a Monumental Scam 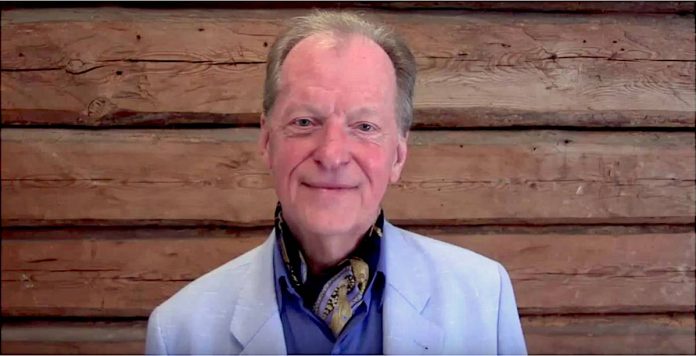 Comments for "Jerndal - The Motive for a Monumental Scam"

I wish with all my heart and soul, that JG is correct. I wish with all my heart and soul, that I am wrong. However, I see no evidence of this being so. I watched Trump give us his address the other day on CNN. He stumbled along, saying this pandemic will go away, then on to the Israeli agreement, then like a puppy dog, back again to the vaccines being ready somewhere in October. He seemed as if he was dazed. His direction and diminished force seemed to go this way and that way, without purpose or strong direction. I watched his face, which expressed exhaustion, loss, or failure, or something. He is perhaps, the only person in the world, who can yet save us. Maybe he is timing this thing. I wonder what truly is going on inside his head. I am quite sure, he knows the TRUTH. I wonder what history will record his actions.

There are many really good people, who are and have voiced their warning and pleads, such as what Jerndal has just done. However if the MSM does not report and or carry and amplify these voices, then the masses will not wake up. We the people do not even the will to wake up. They will continue to wear masks, in fear of the wrong fear.

An outbreak here, and here, and then there. You can feel the hype, building, and building, like a well played advertising campaign, of repetition leading to where, well, mass vaccinations. Where else can this be leading to. Gates, our chief doctor, and Guru, with no medical degree, want to doctor us with vaccines for everybody. Nobody will be left behind. His face on Youtube, can be seen, smiling and smiling, hands clasped together like he is having an org...., as he contemplates a well-done job, when perhaps, just maybe perhaps, using his words, â€œwe can reduce the world population by 10 to 15%â€. Gee whiz, Gates, how wonderful you are. I just can not wait, to get in line, and roll up my sleeve.

I think this whole COVID project is falling apart right now. A lot of people are really beginning to wonder what has been done to them these last few months and why. Even the doctors aren't on the same page of medical opinion on this one anymore.
The MSM is still blowing this thing up as expected and will continue to do so to promote the urgency for a vaccine.

Don't expect the CDC or the WHO to let up any time soon either. They have too much time and money invested in this project to let it go now.
As for this "pandemic" itself, I believe it to be a seasonal flu like the many others we've had over the years. This one just happens to be a flu with a political agenda attached to it that won't go away until that agenda has been accomplished.