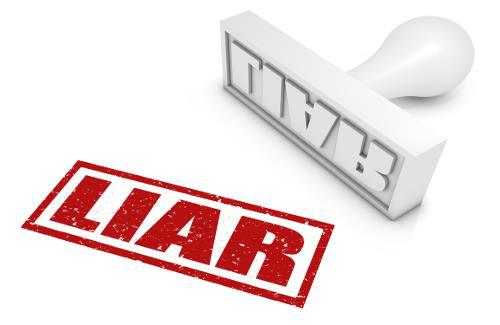 There is a positive side to the coronavirus hoax.
It has exposed the extent of Illuminati banker power and confirms their intention to enslave humanity.
Anyone who promotes this hoax is under their control,
a globalist traitor or a pathetic dupe.
Based on the uniformity of the worldwide response, a Communist one-world-government based empowered by the world central banking cartel is already in place.
"You are of your father the devil, and your will is to do your father's desires. He was a murderer from the beginning and does not stand in the truth, because there is no truth in him. When he lies, he speaks out of his own character, for he is a liar and the father of lies."  John 8:44
updated from July 10
by Henry Makow PhD
I googled "Canada Coronavirus deaths" yesterday and learned there have been 9200 deaths "attributed" to the Coronavirus.
So in a country of almost 38 million people, 9200 people may have died of this virus. That is 1/40th of one percent.
The "pandemic" was not widespread, almost 2/3 were in Quebec and 30% in Ontario. So over 90% of the "deaths" occurred in these two largest provinces yet the whole country has been locked down.
Furthermore, 80% were in nursing homes, i.e. old people with other ailments.
Everywhere, the death rate as a percentage of the population is less than one quarter of one percent, hardly a "pandemic" considering the numbers are deliberately distorted or inflated.
Even Google will tell you: "Most people who fall sick with COVID-19 will experience mild to moderate symptoms and recover without special treatment," a reminder that in the past if we got the flu, we'd just lay low for a week. They didn't declare a national emergency. 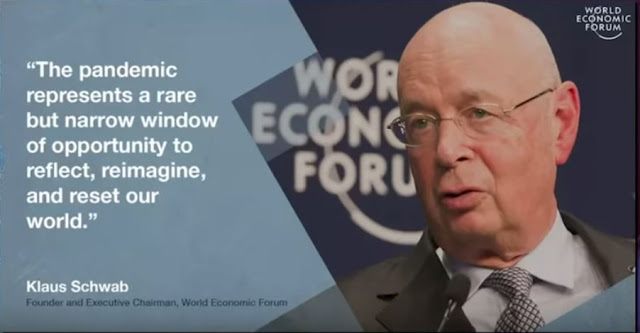 Obviously the "pandemic" is cover for the globalist's hidden agenda, a "Great Reset."
As a result of this "pandemic", the government has provided over $53 billion in benefit payments to 8.16 million Canadians (1/3 of the workforce) who are unemployed. That is expected to rise to $80 billion. (Is this the end of "work"?)
The annual federal deficit has exploded by a factor of ten, from $34.4 billion to $343 billion. Another $80 billion will be added to the deficit next year.  (The Rothschilds create this money out of thin air but the Canadian taxpayer will repay it in sweat and tears.)
One-third of all small businesses may never reopen. The travel and hospitality industries have been decimated. Professional sports are being canceled.
Yet, in spite of this, there has not been any criticism from the mainstream media or politicians. Not even sports fans have complained. Indeed, some people think Fidelito's resolute action might earn him a majority government.
It must be the fluoride in the tap water.
OUR "LEADERS" ARE IMPOSTERS 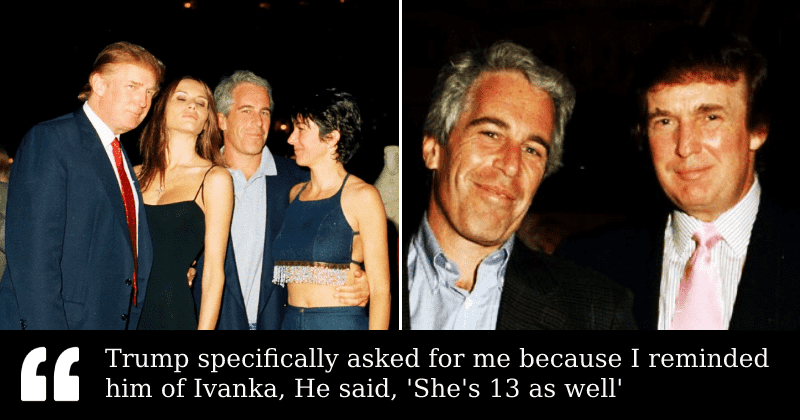 On page one of my book Illuminati: The Cult that Hijacked the World (2008), I wrote, "If this were a movie treatment, it would be rejected as implausible. Our leaders are not chosen for their intelligence or achievements but rather because they are able to win the peoples' trust and willing to betray it. They are chosen by a small Satanic cult -- Cabalist bankers and Freemasons -- that controls the world's finances and media...Many "leaders" are kept in line by having them indulge in horrifying occult rituals including human sacrifices, sexual orgies, pedophilia, rape, torture, and murder...The Illuminati goal is to degrade and enslave humanity, mentally and spiritually if not physically. [Their] influence is like cancer that extends throughout society."  Does the Coronahoax make sense now?
It's no wonder our "leaders" are criminals, Satanists, and perverts. These are the only people the central banking cartel can trust. The Rothschilds are Satanists (Cabalist i.e. Masonic Jews.) Their cartel is a criminal fraud. They create the medium of exchange ("currency", "credit") out of thin air as a debt to themselves and charge interest. Any government could do this themselves interest and debt-free. Honest public servants represent a mortal threat to this racket.
All the policies deemed "progressive" -- gender-bending, multiculturalism, miscegenation, migration, attack on marriage and family, (homosexuality, pornography, promiscuity), BLM, ANTIFA -- are designed to undermine the target population, people of European and Christian descent who the Cabalist bankers regard as the last remaining obstacle to their hegemony. They are promoting sodomy in public schools. They are all about promoting sickness. "We corrupt in order to control," is their credo. We are being inducted into their cult as their servants.
GUNS
It's surprising that the Illuminati launched this audacious psyop knowing there are 400 million guns in private hands in the US. Apparently they think American men -- emasculated by feminism and exhausted from porn -- will not mount any serious resistance.
Universities and media now just promote the Satanist agenda. People like Stefan Molyneux and E. Michael Jones are de-platformed. Truth is labeled "hate." This amounts to mental enslavement.  Masks are mandatory in many places. Vaccines are next.
Our society is satanically possessed, governed by psychopaths, traitors, and liars who wish to poison and enslave us. The "virus" symbolizes this Cabalist cancer. Our social institutions have all been subverted. The time has come for resistance and renewal.
Take heart! Satanists destroy themselves.

Collateral to this COVID "business" is the damage to the reputations of health professionals, the police, political incumbents at all levels, and the mainstream media, which are in tatters as a result of their passive acquiescence in the arbitrary wrecking of the world economy. The resultant collapse of public confidence in the integrity of fundamental institutions appeared to be making future governance of society untenable.

The indications of expert group protest that are finally emerging could yet save the system from the total collapse that has been looking inevitable.

I wonder if anyone knows what the death rates are. The gross misrepresentation of death rates is now the defacto proof that Rockefeller medicine lies for money. I prefer using 9-11 as a litmus test and always look to see what someone said about 9-11 back 20 years ago whenever possible. This is not only a psy-op but a massive humiliation and the humiliation breaks the spirit.

Fine article and thanks for putting those death percentages into perspective
for Canada. It appears they are going for broke with this craziness. Many are
duped here but in my county in Texas there are a lot of folks I meet that see
through the overblown aspect. Local police here will not force the use of
masks despite the governor's recent mandate.

Wish to thank so many of you for your comments and directions.

In light of this most recent post on The Great Reset and COVID the Theological response is the most obvious course to consider. Some may have faith in "armed resistance " but I know they have no ability to comprehend the Wall Street NWO connection despite all that's been said ("What's the Matter With Kansas?") and that may be their undoing.

They will fight for Money ie Mammon as they would for "Christ". Do they know the difference?

As for Rural Americans and their guns, can any reasonable observer detect any "fear" ----really--- from the Establishment on that? I'm sure Management has a "solution" relative to "guns". Small town resistance will easily be overcome by Main Battle Tanks and maybe even tactical neutron devices if that's deemed necessary.

Thomas said [below]: "The problem is that violence has always been and will always be a solution."

Can we cite ONLY ONE example of a military victory of the forces of good fighting a Masonic subversion?

Always, the bad guys have won by force of arms. See the French and Italian Revolutions (Garibaldi & Cie), the two World Wars to name but a few examples. Let's not talk about the Bolshevik revolution! Of course, this does not appear to the masses because it is the victors who write history and children learn that the "good" was on the side of the victors!

Why is this so? Why such an apparent "injustice"? It is easy to answer. First of all, we must point out an obvious fact that is generally forgotten: Does not God, the Almighty God, who could "with a breath of his mouth" destroy the wicked?

Answer: For the victims, who complacently consider themselves innocent and blameless, have not behaved in accordance with what God expects of men. They have multiplied iniquities and crimes before His face. And the first of the crimes, which was that of Adam and Eve and which almost everyone commits, is to make oneself God instead of God by telling oneself what is right and what is evil. And to believe and live as if the man was his own end and earthly life an end in itself. The Flood had no other cause. Then, of course, the crimes that were illuminated must be denounced, but the solution lies in the return to God and His Commandments. Not in words. In acts.

Few have picked up on one of the major reasons the world cabal has dumped this phony pandemic on everyone. In fact, those who have do not think this through but automatically oppose it.

Today's world is so removed from reality, the reality created by God, who said all shall live by the sweat of their brow, that it can no longer continue the way that it has been going. Today almost all work can be done by machines of one kind or another and the greedy at the top will never hire a human if they can get a machine to do the same work.

Those behind this "reset" have as much as told us so for some time. It is their solution to this mal-nature which is deadly wrong.

A proper solution has to be some sort of guaranteed income to families. When machines build products with very few human jobs helping, there has to be some way for people to buy and use those products or the economy dies from lack of exchange media - a tried and true tactic of the money creators, in fact. But with machine mass production in spades and few jobs available for people the result will be want in the midst of plenty in a gigantic degree never before believed possible. This would cause a massive upheaval against technology and machinery, and rightly so.

But these wannabe world rulers, who hate their brows to sweat, all apparently satanic to the core, such as the new antichrist, Bill Gates, who is connected to both the Rothschild families and the Rockefeller families and is involved in absolutely everything which is destructive of life (WHO, vaccines, food poisoners - Monsanto, instant life killing 5G, digital money only for those allowed to live, fake vaccines to label/control the slaves allowed to exist, etc.) these Satanists WANT 85% TO 95% OF THE WORLD'S PEOPLE MURDERED. Of course, not them, but for us, those they consider their cattle to use as they please, according to their satanic manual, the Talmud.

There is a large population of rural Americans who are well armed and WILL defend their property and families IF they are in danger. They also support their local police, national guard, and the people of their community. They DON'T hate themselves, the law, or their country either.

The MSM continues to ignore this reality because they know they can't change it.

The legitimate citizens of America are fleeing cities like New York, Chicago, Seattle, and Minneapolis. The urban areas might resemble what they were in the late 1960s once again if this ignorant chaos persists.

I am afraid Hal Turner is pronouncing a truth here that none of us really want, but communism is hell on earth and the devil cannot be defeated with non-violent resistance and renewal.

The problem is that violence has always been and will always be a solution. Human nature is unfortunately like that.

Robert A. Heinlein describes it very vividly in his book Starship Troopers on page 359.