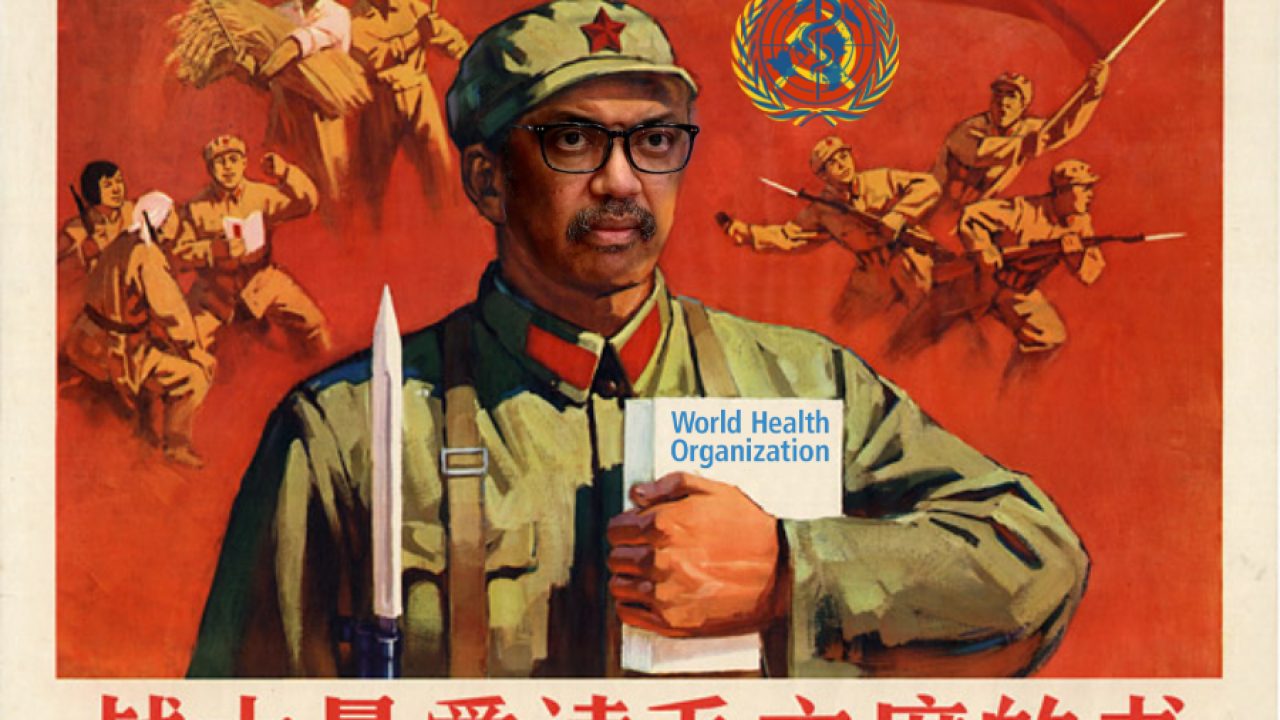 WHO chief, Tedros Adhanom Ghebreyesus has a very dodgy and secret past, and was only installed in the job through heavy lobbying from the Chinese.
Aloysius Fozdyke has been writing for this site since 2010 when he revealed worldwide Satanic control.
He is a member of the satanist Alpha lodge in Sydney Australia.
"The misery will continue long into the future, touching almost everyone."
[Disclaimer-  "I cannot confirm the validity of Fozdyke's statements. But, if we see China as the instrument of the Cabalist NWO, it fits.]
"All governments count on their sheeple to respond in typical infantile fashions, including unconsciously identifying with a more powerful force - even if it enslaves, brutalizes and humiliates them...Kissinger refined Hitler's 'Terror Technique' into the more subtle and powerful 'Tension Technique': building tension in society and then finding a scapegoat. Dark Path adepts do this in insignificant ways until they have the power and ability to move and direct people to more gross and hideous behaviours."  --  Petor Narsagonan
by Aloysius Fozdyke
(henrymakow.com)
My principal area of work in Australia and New Zealand is orchestrating events leading to the handover of both countries and peoples to the Chinese Communist Party.
I also keep an eye on Canada. It's the new world order, in lower case for now. Its politics via economics; that's always the best way, particularly as We can't directly proselytize.
I was preoccupied and unaware anything was going to happen, but I made inquiries. [I am aging and my body is slowly but surely falling apart.]
As always, the poor are copping it first and deaths are underway in underdeveloped/over-exploited countries.
Already these far exceed the cartoon virus deaths and such shutdown deaths, misery and the economics behind them will continue long into the future, touching almost everyone.
One aspect of Magick is the skilful use of illusions, mimicry and pre-programmed fixations to achieve concrete ends.
Like everything else, one thing Covid-19 is being employed for is Aeonic Magick regarding the rise of China and the nature of its empire. It's the fruition of long dead Magicians, like Petor and Dr. Stephen T. Ward. Think of it as handing over the jewels of the former British empire to the Chinese.
Australians and New Zealanders are ready for their and their descendants' dispossession.
Same is true in Canada. But all that aside, at least all three soon to be Chinese Special Economic Zones still have a Queen!
Tens of millions of predominantly white trash and their wealthy countries, handed to the Chinese people.
What is happening now and the safe and secure prison planet to come was my mentor's over-arching work; paid for and supported by the plebs who want it this way.
The Chinese know how to rule in a way the vast majority wish to be ruled.  If you don't have freedom, you don't have any responsibilities and who wants responsibilities?
The Chinese even have a proverb: 'The more happy, the more stupid.'
As Petor used to laughingly advise, 'Homo nornalis are herd animals.'
That's honestly all I know (relevant to internet readership) about this psyops prelude to economic and currency collapse.
And special thanks to Jack Straw and to Lord Charlie Falconer for fingering him fourteen years ago.
A.J.F.
------
Related - Chinese Global Intimidation Campaign Grows
First Comment by Andrew-
I'm not pro-Peoples Republic of China (PRC) but like the General Secretary of the Communist Party of China, Xi Jinping, I'm STRONGLY Antiwar.  Xi wants and preaches MAKE DEALS; NOT WARS. That's his slogan and his motto. I AGREE!

And I can share a deeper insight through the studied economic teachings and predictions of F William Engdahl, Target China: How Washington and Wall Street Plan to Cage the Asian ...
Xi's Silk Road Initiative of connecting East Asia with Eurasia is succeeding beyond even Engdahl's 2014 Target China expectations. We need revisit events between China and Italy of last year:
"ROME, May 15 (Xinhua) -- An exhibition on the Belt and Road Initiative (BRI) kicked off Wednesday here, attracting exhibitors and visitors from across Italy and the rest of Europe to promote business ties with China.
The exhibition is the first such event after Chinese President Xi Jinping's visit to Italy in March 2019, when leaders of the two countries agreed to further enhance their bilateral relations, with Italy's participation in the the Belt and Road Initiative, Michele De Gasperis, president of Italy's One Belt One Road Institute, said in a statement." http://www.xinhuanet.com/english/2019-05/16/c_138063832.htm
In Target China, Engdahl explained that a small group of Chinese oligarchs control the vast wealth of China representing China's 1% just like the in the West and Russia. So the real conflict is between the oligarchs of the West, Russia and China fighting to control more of Asia, Africa and South America. It should be interesting to see whether the COVID-19 HOAX can destroy the deal between China and Italy. Italian mass media is trying to convince Italians that the Chinese workers in Italy brought the plague to Italy. Just like Aloysius Fozdyke and our media is saying. So I place no credence in his line of propaganda.
--
Thanks Andrew,
Chinese control of WHO suggests to me they are proxies for the Rothschilds.  As some readers have suggested, the NWO is being imposed from the East.  Chinese totalitarianism is the model for the whole world.
henry

WHO is controlled by those who fund it. Biggest funder is the wholly stolen U.S. government, meaning the American taxpayer (totally against his wishes). Second biggest is Bill Gates, the latest to be exposed as evil personified.

It doesn't appear that China has the hold that's advertised.

What strikes me most about this Fozdyke's writing is the utter banality of his mentality. Whether he is just some crazy psychotic who imagines he has more influence than he has, or he is actually some tool of evil impulses, he comes across as an immature and childish being, gloating about the suffering of others, and his own mental "superiority". It is pathetic, really. Truly, there is no beauty save in Truth and Light. If only they knew!

Well, God have mercy on his soul. He'll find his way sooner or later.

I speculate he is 82 year old Stephen Arthur FitzGerald ( note the initials AF he isnâ€™t that bright) He was Australiaâ€™s first ambassador to communist China , sent by Whitlam. , an elitist Toff masquerading as â€œworking class hero â€œ. , who began the demise of Australia. FitzGerald his whole life was connected to China , stating , we live in a Chinese world .â€ His 60 s portrait shows him sporting a Mephistopheles beard while he now appears as an effete elitist

Interesting he wrote an immigration report recommending mass immigration be given an economic spin , a policy used by the â€œracistâ€ John Howard , who opened Australiaâ€™s floodgates to non white migrants