JFK Files: The Truth Behind the Farce 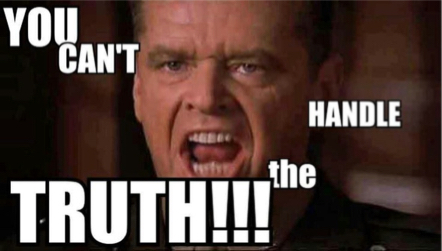 The people can't know the truth. They can't handle it.
Clifford Shack explains
how the Kennedys
threatened the Rothschild
New World Order
by Clifford Shack
(henrymakow.com)
The American people have been promised the release of all the classified documents on the JFK assassination. It ain't never going to happen.
But that's ok. Just connect the dots. Those of us who have, know, that solving the whodunit aspect of the assassination is just the beginning. The real, meaty story lies in the motive. Since the assassination 54 years ago, millions of published research hours allow us to piece the story together in the context of that time.
You don't have to be a rocket scientist to understand the basics of the case. Those with a minimal degree of understanding know that the CIA was clearly behind the assassination. Most of the guys involved in planning the assassination lived blocks away from Kennedy when he lived in McClean, Virginia. They couldn't stand him as a neighbor. Choosing the Dallas location turned all eyes to Texas, but the rub-out was essentially a local, neighborhood effort.
Of course, the motive for JFK's murder was more than a neighborhood squabble. Killing Kennedy really was a matter of National Security. Meaning, the security of the national efforts of the international banking cartel. 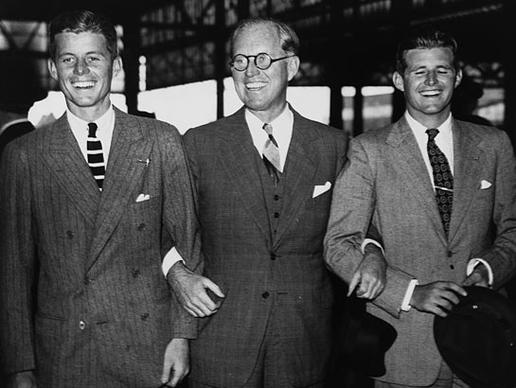 The Kennedy's were hellbent to control the Whitehouse since the days of the London Ambassadorship of Joseph Patrick Kennedy, JFK's father, who was the driving force behind his sons' political careers. While Ambassador, JPK became fast friends with Britain's Prime Minister, Neville Chamberlain who filled Kennedy in as to who really runs the show behind the national governments on both sides of the Atlantic. You guessed it, the Money Power.
Chamberlain filled in the gaps of Joe Kennedy's understanding of the international banking community and the war economies that sustained the banker's hold on Europe and abroad. Chamberlain also understood that the U.S., despite its isolationism, was to be dragged into the coming war brewing in Europe. #MI5, #Pearl Harbor.
After Joseph Kennedy's "golf course" education, he felt that it was his obligation to keep American boys out of the banker's "European" conflict. He joined Chamberlain's short-lived effort to thwart the conflict by appeasing Hitler. They both obviously didn't understand Hitler's secret ties to European banking. #Rothschilds #Warburgs #Berenberg-Gosslers
Inevitably, Kennedy and Chamberlain's plan for appeasement failed and both were abruptly removed from the international political arena. FDR fired Kennedy. Chamberlain resigned. World War Two happened on schedule.  America was brought in by Kuhn-Loeb controlled Japan and the world entered the modern era, fueled by a new energy source - banker-controlled petroleum. All was going according to plan.
Before leaving London, Joseph Kennedy, no doubt, made enough disparaging remarks on the situation in Europe to make it clear that they haven't seen the last of him. Kennedy's intent was to take the claws of international finance out of America by storming the White House via his sons. In hindsight, a rudimentary idea but logical based upon the limited information that he had at the time.
In the bankers' efforts to nip Kennedy's efforts in the bud, his eldest son, Joe, Jr. was mysteriously (#OSS #MI5) blown out of the sky during the war. His second son, JFK, had his PT-boat rammed by a Japanese (Kuhn-Loeb) warship. (Rothschild agent, Jacob Schiff's Kuhn-Loeb that financed Japan's successful efforts against Russia in the Russo-Japanese War.) JFK miraculously survived the ramming of his boat and went on to become a temporary, political thorn in the side of The Eastern Establishment, a group made rich by previous international banking escapades in India and the Far East #OpiumWars.
The Kennedys did make it to the White House. JFK became president. Bobby became his legal muscle as attorney-general. (Bobby was too young to be knocked during World War Two) Bobby moved into JFK's McLean mansion. The McLean gang #CordMeyer would be deal with him during his run for the White House. #RFKASSASSINATION.
The Kennedy boys were closely guided by their father until he was conveniently stricken by a debilitating stroke #CIA #POISON-TIPPED UMBRELLA
While in the White House, the Kennedys got the inside scoop on the CIA through Kennedy mistress, Mary Pinchot Meyer whose husband Cord Meyer was a top spook there. Mary was murdered just as the Warren Commission came out. MPM taught JFK enough about the CIA to make him want to smash The Agency into a "thousand pieces." 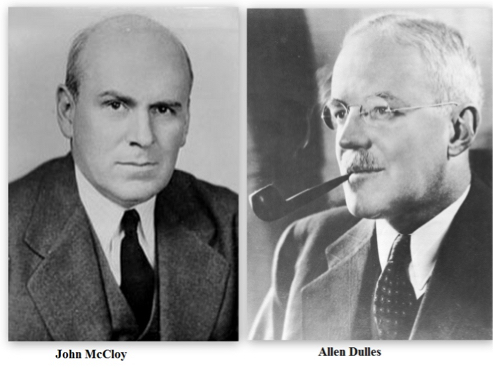 JFK would fire CIA director Allen Dulles over the Bay of Pigs fiasco and planned on installing Bobby as director once re-elected. Of course, that never happened. Allen Dulles did a very thorough job over-seeing the Warren Commission with his friend, John J. McCoy, the godfather of the CIA and bagman for the Warburgs and Rockefellers.
Had JFK not been stopped, and Bobby had become director of the CIA, the Kennedys would have had access to the Crown Jewels and the Eastern Establishment by the balls. The Crown Jewels were and are the dark intelligence secrets of the U.S. intelligence community. The shit that can never see the light of day. Political assassinations, Nazis pouring into America, Operation Paper Clip, OSS shit, the secret backdoors of Stalin and Hitler to Western Intelligence, Holocaust planning shit, etc., etc.
The Kennedys would have had enough shit on the ruling Establishment to hold them at bay for generations with an ongoing Kennedy political dynasty. It would have made the Bush political dynasty look silly.
So, don't hold your breath for the release of any pertinent secret documents related to the JFK assassination. The people can't know the truth. They can't handle it. Once people know that the government was behind it, they'll want to know why and that's when the shit will hit the fan. All hell would break loose. #Revolution The government and the powers-that-be can prevent the disclosure of secret documents - despite the good intentions of a naÃ¯ve, outsider President. They can't, however, prevent citizens from doing their homework. Lucky for them, Americans hate to do homework. They like being fed innocuous shit by the news agencies responsible for maintaining the status quo. That's a good thing. I hate pandemonium. Don't you?
---
Clifford Shack began investigating the JFK assassination in 1983 after reading Timothy Leary's autobiography, "Flashbacks." Following clues in the book, Shack traced the assassination and subsequent cover-up to the highest levels of national and global power and influence. This article also appears on his website.
Related- CIA Murdered JFK and Mary Pinchot Meyer
---------- Oswald was part of an Assassination "Drill"   (Thanks Dan M for the tip)
----------  American public allowed to see JFK Assassination Trivia

Comments for "JFK Files: The Truth Behind the Farce "

What Shack says may be essentially true but it shows the limited tunnel vision of many of the "solvers" of the Kennedy assassination. That is, twisting and cherry picking to satisfy the writer's accusation of his favorite demons.

Moreover, here is an excerpt from Mike Piper's sixth edition of his "Final Judgment" which puts to rest the MYTH of Kennedy's martyring by his executive order 11,110 giving Americans real money:

"So, essentially, at issue is whether Executive Order (EO) 11,110, signed by JFK on June 4, 1963 and supposedly repealed by LBJ within hours of JFK's death, approved more than $4 billion in U.S. Notes, issued directly by the Treasury, in place of Federal Reserve Notes which earn interest for the Federal Reserve banks.

EO 11,110 dealt with granting the Secretary of the Treasury the authority to issue rules and regulations pertaining to freeing the secretary to act without presidential approval on silver bullion sales. As president, JFK revoked both of these with EO 11,110.

To repeat, the issuance of "greenbacks" (technically known as United States Notes) was not even the subject of JFK's EO 11,110.

The greenbacks that were issued during the Kennedy administration were issued pursuant to long-standing federal legislation mandating that a certain number of U.S. Notes always be in circulation by the Treasury Department although, as we shall see momentarily, the Treasury has not been following that mandate."

To prove his point, Mike added a photograph of a $100 United States Note bearing the date of 1966 to his book. Created and circulated three years after Kennedy's assassination. I am the possessor of that note of which I did not understand the true value until I happened to show it to Mike as an example of the Lincoln Greenbacks.

President Kennedy was murdered not long after Executive Order 11110 was implemented as the US government actually started installing this "debt free" currency into the American economy in the form of 1 and 5 dollar bills in the summer of 1963. The larger bills of this 4 billion dollar amount of currency were not distributed after his assassination as Executive Order 11110 was put on hold and has never been implemented since.
The American public today has become so apathetic that if everything were to be revealed to them about the John Kennedy's assassination there really would be no public uproar.
The public mind is concerned mostly about what they can profit from and not truth itself. Their minds have successfully been molded by their Marxist mentors where "all is money" to them.
The American public today thinks and votes their pocketbook first and they really could care less about how, where, and who it's coming from.