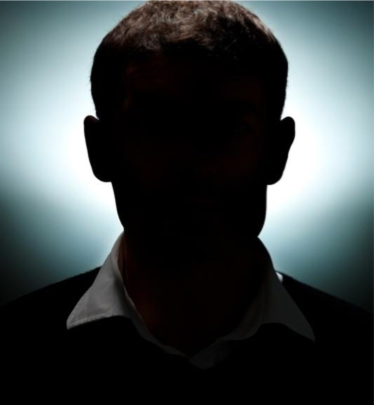 My take on this is that this is 90% truth with 10% lie/hopeful thinking (the best kind of lies are like this) and the biggest lie being that Trump is fighting them ...

though I think this narrative might be used in a very clever way; lets say the elites are planning for a suitcase nuke to go off in the US soon (obviously officially this would be blamed on ISIS or Iran and begin the propaganda campaign for the next Middle East conflict ) then the story that could be told by and excepted by the Alternative/Anti-Establishment/Conservative media would be that being Trump's administration was about to start these high-level arrests that the Deep-state/Establishment as a form of self-defense decided to make a desperate/extreme move. I totally wouldn't be surprised if the information/rumors coming out on alternative sites like Alex Jones's and others are supposed to sow the seeds for such a story being peddled to the alternative community. In that way Pizzagate/Pedogate could be from the start (or at some point) an elitist psyop.

I really wonder how deep we can go and still expect to have true knowledge. You listen to these deep insiders for a while and everything makes sense and then they mention that we are ruining the planet (Steele), which is stupid. So I wonder if its just another layer of the onion. Who has the gun pointed at the Rothschilds? Is Rothschild a code word? (as well as someones last name). It looks like a Jewish conspiracy, when you look in terms of history and especially when you look at it in terms of law and jurisprudence - that is the truly scary aspect of all of this. It looks so much like a Jewish conspiracy from every angle and it is so obvious, I wonder sometimes if someone has a gun pointed at them.

Very informative post. We know that the Rothschild-Mossad-Talmudists are running things, and this is the first time I have seen the Pizzagate scandal really tied to them. Now we know why Pizzagate is so explosive; itâ€™s been a hidden source of their control over politicians.

I continue to be troubled by Trumpâ€™s long affiliation with Zionists and Netanyahu. However, the mainstream mediaâ€™s frenzied, relentless, daily attacks on Trump suggest he is not simply a Zionist shill; just today, the NEW YORK TIMES called him â€œmentally illâ€: https://www.nytimes.com/2017/02/17/opinion/is-it-time-to-call-trump-mentally-ill.html?_r=0 They donâ€™t this to their shills.

If an internal battle within the government truly is raging, let us pray for victory for the Righteous over the Deep State.

I also want to second the recommendation of Robert David Steele as an information resource. He is a former CIA officer who speaks with integrity and candor about the government, and who is on board with alternative media.

Trump's mentor was Roy Cohn, who was a key actor in the Franklin Cover-Up. Cohn maintained a cottage in Connecticut for his "parties", one of which was attended, according to Maury Terry, by the Son of Sam killer.

Interestingly, Cohn was a director of Western Goals which was deeply implicated in Iran-Contra, especially for its connections to the World Anti-Communist League. WG like the John Birch Society was a creation of the American Security Council, created by the same people who were part of the America First Committee, which was funded by the Nazis (according to Russ Bellant).

That includes the Regnery brothers who founded Regenery publishing, which has financed the rise of the alt-right, and published the books of people like William F. Buckley and Ann Coulter. Interestingly, Henry Regnery created the Charles Martel Society which is behind much of the alt-right and its Islamophobia.

Trump is part of their populist strategy to disguise him as an enemy of the conspiracy that they are responsible for perpetrating.

This is one of the best articles not written by your team in some time. Also the video The Big Picture: PizzaGate & Beyond - Part 1 was excellent.

Here are some smoking guns:
1) Donald Trump was on the Epstein Pedo Island also, so..
2)Wikileaks founder Assange is a 9/11 denier, even if he partially exposed Pizzagate
3)RT, (a Putin house organ with some legitimacy) has called Pizzagate fake news (Shultz)
4)Kushner is Chabad, or pays homage to Schneerson, hard to trust him.
5)Trump is starting to waffle on Palestine and has sent mixed signals to China, Russia, and Iran.
6)Kushner has seen major funding by Soros
7)Trump has seen funding from Rocky and Rothschild
8)Trump has waffled (so far) on prosecuting Clinton
9)Trump may take whistleblower persecution to the next level.
10)Trump is surrounded by Jews of questionable character
11)Trump's condo suite is a pagan mecca for a guy praying around Christians, and flashed hand signals

As someone who supports many of Trump's pursuits and has lost family members (both mentally and by death) to establishment- banker wars and propaganda, I am hoping but will not be surprised if this is another Hegelian trap. Which appears to have ensnared many people of different intellectual capacities.

One other very basic point the interview did not cover. Under communism, the Rothschilds owned the USSR. Now the Russians are trying to restore control over their national resources. The oligarchs were an interim phase, and their fingers are gradually being pried off the prize. Under the Brits and Americans, the Rothschilds had control of Iran. Now they have lost it. They want it back.

I wouldn't hold my breath about arrests. The deep state will have to collapse due to its own dysfunctionality, probably due to losing a major war.

One other very basic point the interview did not cover. Under communism, the Rothschilds owned the USSR. Now the Russians are trying to restore control over their national resources. The oligarchs were an interim phase, and their fingers are gradually being pried off the prize. Under the Brits and Americans, the Rothschilds had control of Iran. Now they have lost it. They want it back.