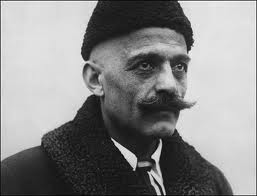 "The key to happiness is not to be identified with what is impermanent." Gurdjieff left.

David Livingstone's new book traces the occult origins of the "New Age" to the Sufi Tradition. In this excerpt from Black Terror, White Soldiers: Islam, Fascism & the New Age, Livingstone asks whether George Gurdjieff was an enlightened spiritual teacher or a charlatan.


"He was criticized by many of his former students as being slovenly, gluttonous and was notorious for seducing his female students and fathering several illegitimate children."


George Gurdjieff (1866 -1949), a charismatic hypnotist, carpet trader and spy of Armenian origin was the chief propagandist for the popularization of Sufism within the New Age.

Gurdjieff's teaching claimed that human beings were helplessly caught in a "waking sleep" unable to fully perceive reality, but that it is possible for them to transcend to a higher state of consciousness and achieve their full human potential.

He developed a method for doing so called "The Work" or "the Method." Because his method for awakening one's consciousness was different from that of the fakir, monk or yogi, his discipline is also called the "Fourth Way."

As Gurdjieff explained, "The way of the development of hidden possibilities is a way against nature and against God."[4]

Gurdjieff's deceptive and tyrannical ways led to his reputation as a "rascal guru." He was widely referred to as a black magician, and Rasputin was so fearful of him that he was quoted to have said, "I had been especially careful not to look at Gurdjieff and not to allow him to look into my eyes..."[5]

He was criticized by many of his former students as being slovenly, gluttonous and was notorious for seducing his female students and fathering several illegitimate children. P. D. Ouspensky, his leading student, finally broke with him, claiming that he was "a very extraordinary man," but that it was "dangerous to be near him."[6]

Another of his famous student, J. G. Bennett, warned that Gurdjieff "is far more of an enigma than you can imagine. I am certain that he is deeply good, and that he is working for the good of mankind. But his methods are often incomprehensible."[7]

Louis Pauwels, a former student of Gurdjieff, in his book Monsieur Gurdjieff, asserts that one of the "Searchers After Truth" that Gurdjieff speaks of in his book Meetings with Remarkable Men was Karl Haushofer  (1869-1946), "the magician, the secret master," who through his student Rudolf Hess, influenced the development of Adolf Hitler's geopolitical strategies. 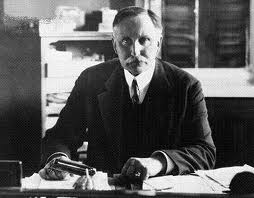 Haushofer was also a leading member of the Thule Society, from which evolved the Nazi Party, and founded by Baron Rudolf von Sebottendorf, who had studied Kabbalah in Turkey under Bektashi Sufis who were also Freemasons.

Haushofer was apparently influenced by Gurdjieff's teaching that men are asleep and waiting for a strong leader to force them to wake up and become supermen. Haushofer was supposed to have been with Gurdjieff in Tibet, and it was then that Gurdjieff supposedly advised Haushofer to adopt the symbol of the swastika.[8]

There has also often been the suggestion that Gurdjieff and Joseph Dzhugashvili, later known as Stalin, met as young students while attending the same seminary in Tiflis in the Caucasus. Gurdjieff's family records contain information that Stalin lived in his family's house for a while.[9] There are also suggestions that Stalin belonged to an occult "eastern brotherhood," which consisted of Gurdjieff and his followers.[10]

Gurdjieff's thought is an amalgam of Theosophy, Neopythagoreanism, Rosicrucianism and alchemy. 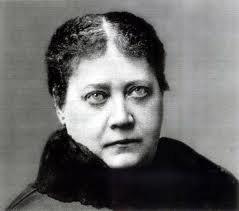 According to James Webb, author of The Harmonious Circle: The Anatomy of a Myth, the first comprehensive book on Gurdjieff and his movement, Blavatsky's Theosophy was his single most important source.

Additionally, as K. Paul Johnson notes, "a comparison of the teachings of Blavatsky and Gurdjieff leads to the conclusion that both are equally indebted to another source, Ismaili Shi'ism."[11]

According to Johnson, Blavatsky's likely source for this Ismaili influence would have been Jamal ud Din al Afghani, who was simultaneously the Grand Master of Freemasonry in Egypt, as well as founder of fundamentalist reform group, known as Salafism.

Full article "The Sufi Conspiracy" can be found here.

"Notice the  continuity from Donmeh to Bektashi Sufis, to Gurdjieff to the Neo-Caliphate.

Amazing stuff. The Donmeh (Turkish Sabbateans) believe the Lost Tribes will come forward to join the messiah in his conquest of the world, so they went out looking for them, and thought they were in Shambhala, and that they were responsible for shamanism, which was exemplified in Tibetan Buddhism (or "Oriental Kabbalah).

And there you have the basis of the Nazi Aryan myth as well as the New Age movement. It's gone so far as to suggest now that the Lost Tribes are in Shambhala or Agartha beneath the earth from where they pilot flying saucers."
-----------------

The 1970's were a field day for all the cults under the umbrella of the 'New Age'.   I was a "tourist" of the cults in my teens and 20's, I 'grazed' on all the famous ones and some not so famous.  I was 21 when a girl I pursued gave a copy of Ouspensky's 'In Search of the Miraculous' and took me to her Gurdjieff 'group'  house meeting.  The leader of the group was a local psychology counselor at the State Hospital.   Most the youth in the group were diagnosed schizophrenic.

The psychologist struck me as a megalomaniac.  I was repelled that he exploited former patients as his mission field for his house cult.   Afterwards I told the girl the man was manipulating her.  She accused me of jealousy and broke it off with me.  A few months later I saw her around town, and she apologized for not listening to me.  She said that later she'd gotten in a 'relationship' with the psychologist, till he tried to persuade her and another female follower to have a 'three-way' with him.  When she refused, he condemned her for not being ready to 'wake up' and  kicked her out of the group.

The lure of these cults is the notion that your 'true Self' is a godlike version of yourself - if you can only 'find yourself'. That's the "hook".   Gurdjieff had his followers figuratively jumping through hoops.   Whenever his actions contradicted his words, whenever he flew off the handle over nothing,  his followers made excuses for his irrational behavior.   It's like Stockholm Syndrome.  The 'Master' can do no wrong.    If he came home and kicked the dog, it's for some grand design that we're too unenlightened to see.   That's 'magical thinking'.

I've been reading Livingstone's books for years..  I just found out about this new one a few days ago.   He's got something I haven't got -- that's the background in Islam and Islamic history to know the names and events that tie in with the shadow religion connections between Sufi sects and culprits like Timothy Leary.  The people of the world have been plagued with a 'cult of Cain' operating behind all religions.   Our only hope is to unmask them effectively before the world.

Livingstone's work just gets deeper and deeper into the belly of the beast (system).   Having the Islamic perspective is indispensable to the 'big picture'.

I was not at all convinced by implications that Livingstone suggests in his article and I have some good background by which to say that. I wrote my undergraduate thesis on Gurdjieff which was over 100 pages just trying to sift out the sociological end of his writings. In the course of that, I read everything that was available at that time about him and also spent considerable time with two large Gurdjieff groups including the "official" one, i.e the one that he setup and sanctioned.

What I have noticed that there are many people parasitically using his teachings and those of pupils such as Ouspensky to advance their own theories and certainly their agendas.

Livingstone strikes me as one of those. As you know, there are a lot of such people each claiming without much credibility to really having the inside story.

The so-called Blavatsky connection or derivation doesn't wash with me although they were obviously aware of many of the same previous teachings. I don't buy that Gurdjieff was a theosophist or an agent thereof for a second.

The fact of the matter is that no one, absolutely no one has got to the bottom of either his teachings or him personally. He played all sorts of head games with people designed, in the large part, to get them to think for themselves and stand on their own. A.R. Orage might have been the best example of that.

People like Bennett and Robert de Ropp who knew Gurdjieff directly honestly admitted that they never figured him out. In fact, the only person who might have was Jeanne de Salzmann and she has been dead for 20 years and I see no evidence that she passed any substantial part of what she knew on to people like Livingstone or Webb. Ouspensky tried very hard to put Gurdjieff's ideas into a comprehensible form and even he very openly said that he had only part of the answer.

If one goes to his writings, it is clear that the "Beelzebub's Tales to His Grandson" is what he put the most time and effort into. If any book is an enigma, it is that one and I have read it 3 times! It certainly does have some brilliant sections in it.