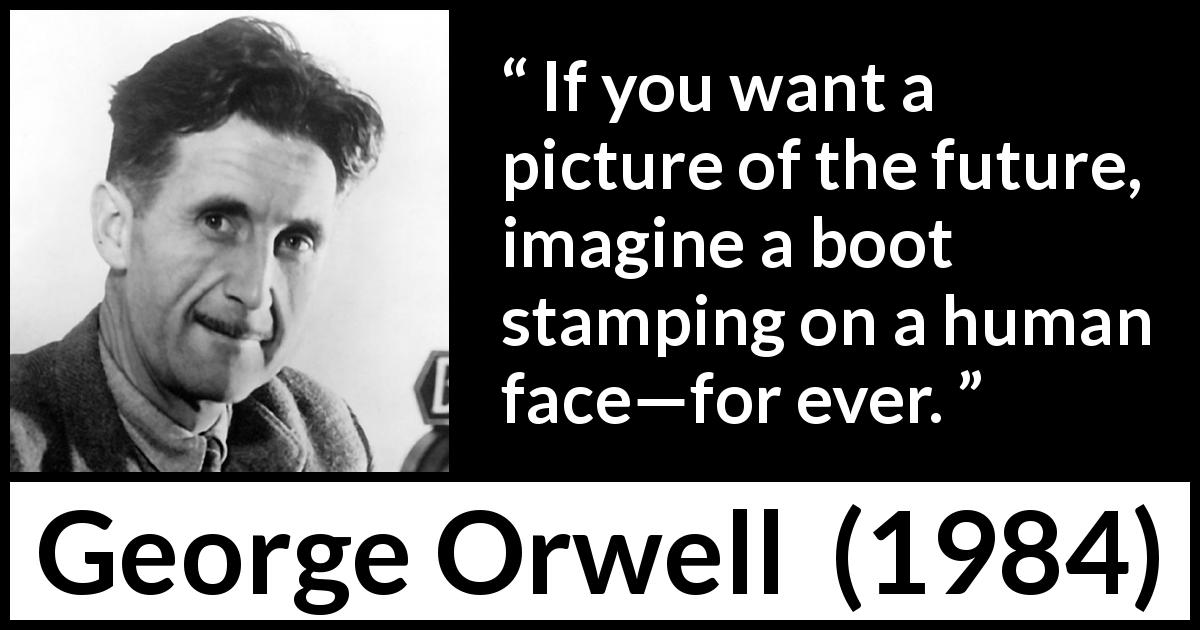 The COVID hoax signals the culmination of the centuries-old Cabalist (Masonic) Jewish plan to enslave humanity in a world superstate as outlined in the Protocols of Zion.

I wrote that "Mankind is entering a new dark age," 18 years ago. I am reposting this article for newbies who want some historical perspective.

George Orwell's warning in "1984" of a nightmarish global police state was not an idle exercise. It was coming true in 1949 when the novel was published. The attack on the World Trade Center Sept. 11, staged with Hollywood flair by NW0 controllers, heralded the next phase in this centuries-old plot.

Veteran journalist Douglas Reed, writing in 1951, was also aware: "We might logically assume that a primary object of any third war, though cloaked at the start, would be the expansion of the Zionist State, and the imposition of a 'world federation' and a new 'management' of mankind. In the aftermath of the Second War such aims, earlier concealed, were much more openly admitted by leading politicians..." (Far and Wide, p. 291)

In 1913, the shareholders of the Federal Reserve took a major step toward the enslavement of humanity when they finagled the right to create money out of thin air based on the credit of the American people. This monopoly which rightly is the responsibility of Congress is worth more than $360 billion annually in interest alone. [More now.] They are doing everything to protect this monopoly, including the establishment of a global police state.

I discovered this mind-boggling intrigue last December when I probed for the reason why the "establishment" actively promotes the socially destructive Marxist lesbian ideology of "feminism."

By "feminism" I am NOT referring to the right of women to fair and equal treatment in the workplace. That is a faÃ§ade for a far more pernicious agenda, the destruction of heterosexuality, and the nuclear family.

This week I became aware that Communism and Zionism are also part of the same pattern.

If you wanted to enslave humanity, would you announce your intentions?

Rather, you would bait your hook with promises of public ownership, sharing, and universal brotherhood. This appeals to the public's naivete, idealism, and self-interest.

At its heart, Communism is a system of social control and oppression dedicated to smashing the pillars of western civilization: nationhood, race, Christianity, democracy, free enterprise, and the nuclear family. It cares for no other principle than raw power and exercises it ruthlessly.

Members of the Comintern referred derisively to people who bought the party line as "innocents." This is the Communist "modus operandi." There is a publicly stated goal that appeals to everyone (like equal rights). Only the inner circle knows that the true agenda is to subvert all social institutions and gain arbitrary power. 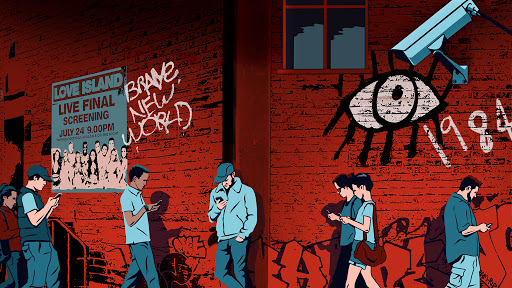 (Feckless humanity is indifferent to its sad fate.)

The Soviet Union was the banker's original version of the "New World Order" (the Communists used that term). In "Wall Street and the Bolshevik Revolution," which is online, Antony Sutton describes how the bankers and their allies engineered the Russian Revolution and bankrolled the Soviet Union.

Because the same financiers control our media and education system, this was news to me. Likewise, it was surprising to learn that Jews dominated Communist Russia from its inception.

If you want to undermine the social order, you empower minorities that are ostracized by society. In the Jewish people, the bankers, who often were Jewish themselves, found an ideal instrument for their NW0 agenda. In "The Last Days of the Romanovs," (1920) Robert Wilton writes, "Taken according to the number of population, the Jews represented one in ten; among the commissars that rule Bolshevik Russia they are nine in ten, if anything the proportion of Jews is still higher." (391)

Marxism appealed to a sublimated religious urge on the part of largely atheistic Jews to "build a better world" on secular humanistic basis. When their usefulness was over, many of these Jews were imprisoned or liquidated. Arthur Koestler is an example of many Communist Jewish writers who recorded his disillusionment (see "The God that Failed," "The Invisible Writing, "Darkness at Noon."). A Russian Jewess, Ayn Rand, denounced Communism and extolled individualism and freedom ("Fountainhead," "Atlas Shrugged").

Nevertheless, we don't hear much about atrocities that Jewish Communists perpetrated in the USSR. They attempted to eradicate all vestiges of the traditional Czarist social structure. In the collectivization of the Ukrainian farmers (kulaks), an estimated 10 million people were starved or shot. Millions more died in mass executions in the Baltic, massacres of Cossacks and Volga Germans, in the genocide of three million Muslims, and in Gulag slave labor camps.

As a Canadian Jew and the son of Holocaust survivors, I feel an obligation to educate myself about Jewish responsibility in this era in Russian history.

Like Communism, I'm afraid Zionism may be another example of how the bankers manipulate the Jewish people for their own ends. Most Israelis would be happy to live in peace within the 1967 borders. They are not aware of a possible hidden agenda: Israel may have been funded for the purpose of imposing New World Order hegemony on the world. Jerusalem is intended to be the world capital.

Israel doesn't make a lot of sense in any other terms. The Israeli founding elite mostly originated in Russia where after 1917 Jews apparently had a privileged position. One of Stalin's first acts was to make anti-Semitism "punishable by death." The Zionist elite was atheist so the biblical injunction to return to the Holy Land was for propaganda purposes only. 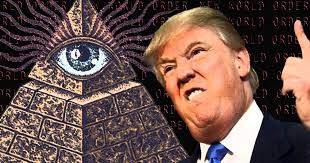 In his book "Fallen Pillars: US Policy towards Palestine since 1945," (1995) Donald Neff tells how in 1919 Hugh Gibson, the newly installed ambassador to Poland, was chastised by Col. Edward Mandell House for reporting that Zionists were exaggerating Anti-Semitism in Poland for their own purposes. House threatened to block Gibson's confirmation in the Senate. Also present: American Zionist chiefs Louis Brandeis and Felix Frankfurter.

Who was Col. House? You won't hear about him in establishment histories. He was Rothschild's agent and President Woodrow Wilson's handler. He later controlled FDR with the help of Bernard Baruch, Louis Howe, and Harry Hopkins.

Gibson was young enough (36) to be incensed about this interference. He wrote a 21-page report for his colleagues in which voiced his suspicion that the Zionists had "a conscienceless cold-blooded plan to make the condition of the Jews in Poland so bad that they must turn to Zionism for relief."

One may wonder if Jewish immigration to the US from Nazi-occupied Europe was curtailed for the same reason.

Modern feminism is another NW0 Communist front inspired and led by Marxist Jews. Most of the leaders of the "second wave" were "red diaper babies", so-called because their parents were Communists. They are characterized by a bizarre conviction that Western Civilization is evil because it was created by men, and therefore needs to be torn down. It has turned the university humanities curriculum to mush and psychologically sterilized two generations of "educated" women.

In the view of Kenneth Minogue, Professor Emeritus, London School of Economics, " the radical feminist revolution is nothing less than a destruction of our civilization. It has all happened in such a way that people have not yet realized what has happened." (see: How Civilizations Fall)

Communists, Zionists or Feminists -- Jewish or not -- are simply not aware that they are being used by the international bankers to create an Orwellian New World Order. If they strip away the rhetoric, they will discover that the NWO is a long-term plot to consolidate global wealth and power in a few hands. It is a scheme to degrade, enslave and even exterminate people, and to divorce humanity from nature and God.

Comments for "Mankind is Entering a New Dark Age "

At this point, I donâ€™t see any solutions coming from political or religious systems. These systems are in place now and all they have accomplished is the complete destruction of mankind and they have established a slave system. However, this will ultimately fail, albeit, we are getting frustrated because nothing seems to get better. The government and religions are destroying themselves. Remember, all evil gets repaid; whereas, people who do good things will always get better results. If I was running the new world order, Iâ€™d be scared shitless because the payback is going to come upon them shortly. I donâ€™t know how, but at a certain time, it will happen, in my opinion. I remember that I got paid back for every rotten thing I did. Itâ€™s not any different for the freaks that run these slave systems.

The people need to understand that these systems are satanic and must be avoided. One of the best ways I know of is to stop swearing any oaths. Once an oath is sworn, all kinds of troubles will come upon the oath-taker. This is guaranteed payback. This also includes signing documents â€œunder the penalties of perjury.â€ Perjury is lying under oath. Just avoid the whole mess and your life will be much better. If a man works for the government, he should quit saving his own mind and soul. Nothing good comes from government and weâ€™ve had over 4000 years to prove that the concept of government is a complete failure.

People should be more focused on what is good or evil; right or wrong, and they live their lives accordingly. That is the best action to take. Chose wisely between moral and immoral and live a better life.