A century ago, a former white Russian general Count Arthur Cherep-Spirodovich, (1858-1926) began a campaign to expose the Rothschild's plot to enslave humanity. He said the Rothschilds were afraid the United States would become independent of them if it remained one nation.

"I expect the Hidden Hand to seek my life for exposing their diabolical deeds and sinister plans; but we cannot attempt to save the world and repose in safety. ..Christian duty and racial duty impel me to publish this book..."

Shortly after writing these words, the Count was murdered -- found with a gas pipe in his mouth to make it look like suicide. The murderers didn't know the gas had been turned off. The death was ruled a suicide anyway.

"The Jews should bring to bay the 'Satanists' who corrupt the countries in which they have found asylum," the Preface says: " the Gentiles should render every Judas who accepts the bribes of the Jews." 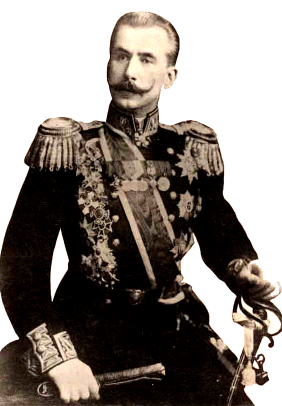 Count Arthur Cherep-Spiridovitch  was a Czarist general who fought the Bolsheviks in the 1917 Russian Revolution.

In 1926 he published a book entitled "The Secret World Government" (Pdf) which demonstrated that Rothschilds had controlled politics through cutouts like Disraeli, Metternich and Bismarck since 1800. Leaders who don't comply meet untimely deaths. Jews ("Judeo Mongels") and Freemasons (i.e. "the hidden hand") are their agents. Their goal is literally to supplant the white race, which is becoming increasingly obvious. The fact that this book is stigmatized as "right wing" and "antisemitic" shows society has been brainwashed and controlled by the Rothschilds. Antisemitism is a red herring that diverts attention from the Rothschilds' mortal threat to humanity.

ROTHSCHILDS ORGANIZED THE US CIVIL WAR

Cherep-Spirodovitch cites a 1876 newspaper interview with the German chancellor Otto von Bismarck. Bismarck explained that the Rothschilds who controlled Europe were afraid the United States would become independent of them if it remained one nation.

"They foresaw tremendous booty if they could substitute two feeble democracies indebted to the Jewish financiers to the vigorous republic, confident and self-providing. Therefore they [ordered] their emissaries to exploit the question of slavery and thus to dig an abyss between the two parts of the republic." (180) 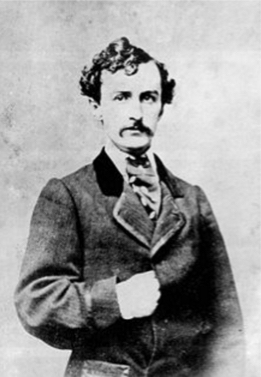 The plan was to divide the United Sates between England controlled by Lionel Rothschild and France, controlled by James Rothschild. France was to take over the whole South while Canada annexed the defeated North. In 1863, France and Spain invaded Mexico with 30,000 troops. The embattled Confederate States offered Louisiana and Texas to France in exchange for assistance.Britain and France were ready to snuff out the young republic but were deterred by Russia, the only European power not in the Rothschild's thrall. Czar Alexander II, left, sent his fleets to New York and San Francisco and declared that he would attack France if it entered the Civil War.

Meanwhile, Lincoln created "greenback" dollars to finance the war and escape indebtedness to the foreign financiers. "They understood at once that the United States would escape their grip," Bismarck said." The death of Lincoln was resolved upon. Nothing is easier than to find a fanatic to strike." (180)

Compare this account with Howard Zinn, (1922-2010) a Jew who was a member of the CPUSA. He makes no mention of European financiers. His book is a soap opera of the oppression of the poor by the rich. He depicts the Civil War as a clash of capitalist "elites."

"The Northern elite wanted economic expansion.... The slave interests opposed all that. " (189) Again, "The American government had set out to ... retain the enormous national territory and market and resources. " (198) 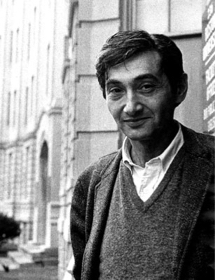 Another Pied Piper is Noam Chomsky who attributes all evil to capitalism and American imperialism. As far as I know, he never mentions the Rothschilds, the llluminati, the Council on Foreign Relations or the New World Order. He pretends that Oklahoma City and 9-11 were not inside jobs.

"We shall erase from the memories of men all facts of previous centuries which are undesirable to us," say the Protocols of the Elders of Zion. "And leave only those which depict all the errors of the government of the goyim." (Protocol 16)

Antisemitism is another tactic to divert attention from the Rothschild's plan for world tyranny.

Cherep-Spirodovitch concludes: "According to Bismarck the awful Civil War in America was fomented by a Jewish Conspiracy, and Abraham Lincoln the hero and national saint of the United States was killed by the same Hidden Hand which killed six Romanov Czars, ten kings and scores of Ministers only to easier bleed their nations." (181)

He is not talking about Jews in general but those who advance the Rothschild Illuminati agenda. His book makes an appeal to righteous Jews, and recognizes that many non-Jews have sold out.

"The Jews should bring to bay the 'Satanists' who corrupt the countries in which they have found asylum," the Preface says: " the Gentiles should render every Judas who accepts the bribes of the Jews."

Bankers and their agents (B'nai Brith etc.) deflect this challenge by conflating the Rothschilds with all Jews. Thus Jews serve as their Trojan Horse transforming a political cultural and economic issue into a racial one that can be dismissed as 'prejudice.'

Why do so many Jews think they're responsible for the Rothschilds and the Illuminati? It looks suspicious. Do Italians rush to the defence of the Mafia?

Anti Semitism is treated as an aberration. In fact it is a healthy reaction to the Cabalist (Masonic) Jewish conspiracy that many Jews are unaware of. The sooner more Jews oppose it; the sooner antisemitism will disappear. They had better act soon because they are being set up as scapegoats for Freemasons and Masonic Jews. Isn't it strange that we hear so much about the "Joos" and hardly anything about the Freemasons?

The world is in the advanced stages of a diabolical multi generational conspiracy. The general method and goals have all been revealed in The Protocols of the Elders of Zion. Our educators, leaders and media have largely been subverted.

Thus, a "right wing crackpot" such as Cherep-Spirodovich is anyone who favors individual freedom and self-reliance, family, nation, race, and God. These are the things that the Illuminati need to destroy.

As a young man, I naturally assumed I would play a small part in the general improvement of society. Little did I suspect that society had been subverted, and that treason is a prerequisite for success. The word "God" has been banished from public discourse and replaced by Marxist platitudes and social engineering.

JTA wrote the obituary for Arthur Cherep-Spirodovitch, described him as a "rabid anti-Semitic agitators of the Russian Czarist school", as if were the subversive.

The lengthy obituary said nothing of the suspicious circumstances of his death in his Staton Island hotel room, but it does leave us the useful fact that he'd organized an international conference of the Universal Gentiles' League that was scheduled to convene on the first Monday after his death.  Queen Marie of Romania was expected to attend.

Another dot connection:  he was "suicided" the very same year 'The Secret World Government' was published; 1926.

Hey Henry, thanks for that book "The Hidden Hand."
Just finished it, holy shit.

Honestly, I am so sick of these filthy arrogant rat bastards controlling our lives.
The thing I hate the most is knowing that my entire life was scripted, that my life was essentially a complete fraud.

My personal moral ethic guides me to not believe that "all Jews" are part of a massive plan to control the entire earth, nor am I mistrustful of every Jew. But, many years ago, I was at The Spertus College of Judaica library on Michigan Avenue in Chicago. There, unbeknownst to two Jewish people there, I heard them talking to each other about the secret Jewish group called The Kehillah. One of them even was lamenting the fact that The Kehillah had not murdered Reverend Jesse Jackson because of "anti-Semitic" remarks he made.

Yes, I heard that with my own ears. I was sitting at a spot where no one could see me. I was simply using their library to study. I was not spying on them. It just so happened that they did not know I was there, and felt free to talk about The Kehillah, which had evolved from a Jewish social organization founded in Europe, and carried over to the U.S., to a secret enforcement organization that murdered those it viewed as anti-Jewish, and who they deemed dangerous..

So, I'm not naive. Yet, again, to be crystal clear: I'm not anti-"Jewish," because I know that not all Jews are Zionists; not all Jews are working for the goal of world domination. In fact, some Jews, such as the Jews of Neturei Karta, are vehemently anti-Zionist.