Insurance Pays Off for Companies With Occult Logos 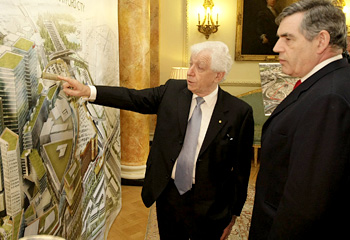 This is a story about the occult symbolism in the logos of two prominent real estate companies, Westfield Group and Marriott Hotels, and how both have been the target of "terrorist" attacks from which they profited handsomely, thanks to their insurance.

I'd like to show you a "cipher included" word code used by the Westfield and Marriott companies; they use virtually the same one. We'll start with the word Westfield. 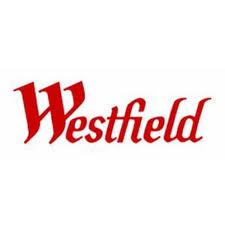 The Westfield Company is the world's largest publicly listed retail property group. They are Larry Silverstein's partner at the World Trade Center. The thing to notice with this logo is the unusual font type. It's unique, no other font type has an f so large it obscures another letter; in this case the dot above the i is removed to make room for it!

This is the clue that reveals the cipher; it shows 'dots removed'! How to apply that to discover the puzzle's meaning is next! We have to find where the dots have been removed and replace them to progress!

The W used in Westfield is unlike western W's, because it isn't singularly that! W in that font is also a Hebrew letter that makes two sounds. The letter is called Shin or Sin.

Shh means secret and Ssss represents the serpent, Secret Serpent, but only when dots are replaced. Stick with me it builds!

The Hebrew letter Shin/Sin has a special meaning for Jews as its three upright lines represent the three valleys that converge on Jerusalem! The letter Shin/Sin with dots replaced is Secret Serpent of Jerusalem!

It goes a little deeper yet! Take a look at the middle letters  t f i  on the Westfield logo. They join to form the letter M. A central figure in Serpent Cult (Illuminati) worship is Moloch. The singular use of M represents Moloch.

Moloch was worshiped by the Ammonite tribe who lived in Canaan before Moses and Joshua showed up. The following troubled period of years were called "the mingling", during which time the tribes and knowledge of Jews and Ammonites mingled to some degree! This mingled knowledge is an integral part of modern Freemasonry! 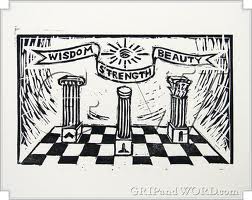 The Masonic Pillars of Wisdom, Strength and Beauty

So far in the word puzzle we see 'Secret Serpent of Jerusalem' and 'Moloch,' encrypted and represented in the one word, Westfield, but there's a little more yet.

The word Westfield refers to a significant Occult place. The Egyptians believed it was bad medicine to have the Sun cast the shadow of the dead Pharaohs over the land in the morning or day; so they always buried them to the west of the Nile, in the west field.

The shadow of the dead was then cast over the land at night from the west field, when Horus the Sun was killed each night by his opposite, Set, at Sun-Set. Westfield in the Egyptian tradition means place of the death of Horus and, place of the buried dead. Egyptian traditions are also an integral part of modern Freemasonry, which is the religion of Zionism!

Adding together the components of the Westfield word puzzle we get Secret Serpent of Jerusalem place of death/dead, with honor to Moloch a god of Human sacrifice shown in the manufactured M, to whom the sacrifice is traditionally 'passed through the flames unto Moloch'!

The Marriott Company uses virtually the same W type as Westfield, but flipped over to an M for their logo; which includes the encrypted 'Secret Serpent of Jerusalem'. The dot of the i of the Marriott logo is simply omitted to show dots removed.

I think the Marriott Family Company and Westfield have attracted some bad luck using these symbols. They must be the unluckiest property owners in the world!

Westfield has had so much bad luck:

Marriott have also had such bad luck I thought I'd list it:

You may think at this stage that the cipher included word code and I are nuts; but you'll have to agree with me that to lose the Twin Towers, Building Seven, the WTC complex Westfield Hotel, the Islamabad Marriott, the Jakarta Marriott and the Marriott owned Jakarta Ritz Carlton, on top of all those bomb scares, is a really bad run of luck between the Westfield and Marriott companies!

Just to add to the fun the 2008 Bilderberg group meeting was held in Chantilly Virginia at the Westfields Marriott Hotel. Aren't we lucky it didn't blow up!

In February 2009 Westfield owned 119 shopping malls worldwide. One of them is in my home City Derby, England. The Westfield shopping centre is built on an ancient Druid sacrifice site in the City Centre called "The Spot." Westfield also recently built a Hotel in Cannock, England; it is a huge four sided Owl which represents Moloch of Canaan, Arianrhod the Owl god of the Druids and Minerva of the Greek tradition, it is also built on an ancient Druid sacrifice site! These sites are not thick on the ground!

If any person out there knows of any other points of interest or 'terror incidents' involving Westfield, Marriott or other companies they own, please let me know at glenndavbull@hotmail.co.uk Because they do seem to have a lot of bad luck!

Comments for " Insurance Pays Off for Companies With Occult Logos"

Excellent article by Glenn Bullock. I've been studying and following the rise of Masonic influenced corporate logos since the 60's and never even saw that one! Good insight. The letter M is also the symbol for the mother goddess.

A good book you might want to read on the subject of mother goddess worship by the ancient Israelites, if your library up there has it, is "The Hebrew Goddess" by Ralph Patai. As a Jewish archaeologist and historian he was shocked to find out the truth of what was really going on in Israel during their day.