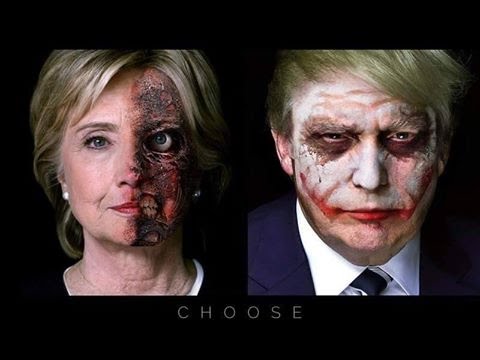 Hillary, Trump & Edward III
"And the Usher sacrifices herself by stepping forward to make way for Vindex."
Is Trump in any way, Hillary's "successor"?
(Disclaimer: If you can decipher this satanist code, please share.)
by Aloysius Fozdyke
(henrymakow.com)
Samhain is the time when the worlds of the living and dead are separated by the thinnest dimensions. It's a celebration of the dual, primal forces: sex and death. The Eve of All Hallows is a time of sacrifice and renewal, for we seek happiness in Our victories, but never in peace! At Halloween we offer blood and semen to the Prince - Our Lord and Saviour! 'The Mighty One who possesseth the immortal fire. Whose sweat is the heavy rain, which falleth upon the earth that it might be inseminated'.
As the Alpha Lodge traditions came from northern hemisphere Britain, the 1st of November is Our New Year's Day. It's a time of rededication and commitment; of burial and resurrection. For "in as much as I meet the blood-engorged challenge I believe in the resurrection!"
Yet even now I do not know what lies ahead, but it appears that Hillary is the Usher. Years ago I advised that, "The Usher of Desecration was chosen by Our God. She is not one of us, yet Her name is now known. Her kingdom will come into being at the end of 2012. She is an avatar; an instrument. Her will is irrelevant. Her advisers are us. She will be rewarded for the quality of Her effective and spectacular fictions, for Her uplifting and enjoyable lies - all of which will be defensible in theory. Think W.J. Clinton or weapons of mass destruction."
And the Usher sacrifices herself by stepping forward to make way for Vindex. 'Sacrifice' means to render or make sacred; to consecrate. That's what we're about, consecrating everything and everyone for Satan, for this is increasingly His world and Our time, as foretold. I often dwell upon the Alpha Lodge generations before me and praise myself for living in these times.
My incarnation is coming to an end - one way or another. I have succeeded as I have no fear or ecstasy - just will and its power. I have sown weeds and ruined harvests. Everyday the world conforms more and more to me. I will be a God. We have all bases and eventualities covered. And events are speeding up.
But let me finish with a little exercise. If male use the right hand. If female the left hand. Extend the first two and little fingers while retracting the third finger. The thumb is straight up. When you know how to use this Magickal tool you will be holding one of the mysteries in your hand!
---
S replies:
I'm no expert in occultism or Satanism, and I do not know for sure, but I believe this is what Frater meant.
He's not Hillary's successor,  just a successor.
Vindex = Trump
Usher = Hillary
Nero = Soros
Galba = Rothschild?
"And the Usher sacrifices herself by stepping forward to make way for Vindex."
https://en.wikipedia.org/wiki/Gaius_Julius_Vindex